I'm a Roosterteeth First member and this blog is not spoiler free!I use the tag #rwby spoilers#rwby hummingbird and #qrow is ruby's father posts are tagged as such if you wish to filter them

We looked inside some of the posts by fire-the-headcanons and here's what we found interesting. 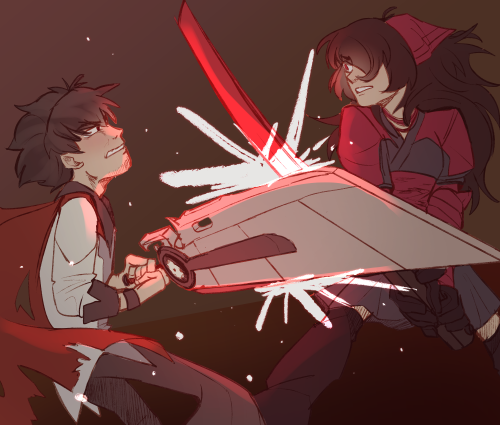 More  RWBY Doodles! This time I wanted to draw some Bumbleby for the soul XD (My favorite one is the Ghost Adam XD jk!) Hope you guys like them :) - Sonya 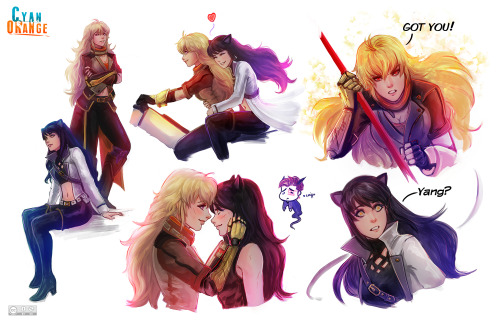 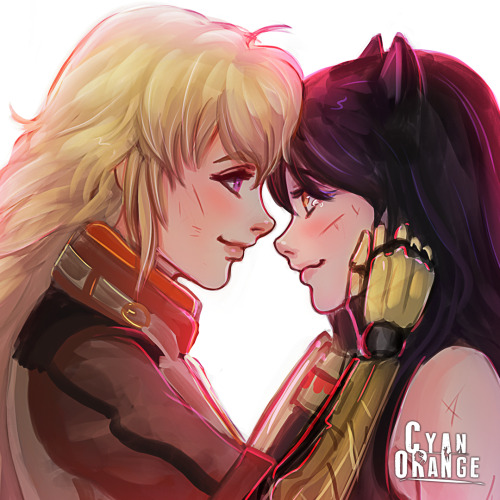 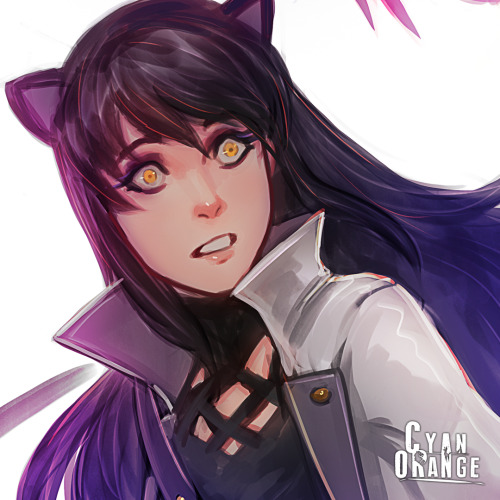 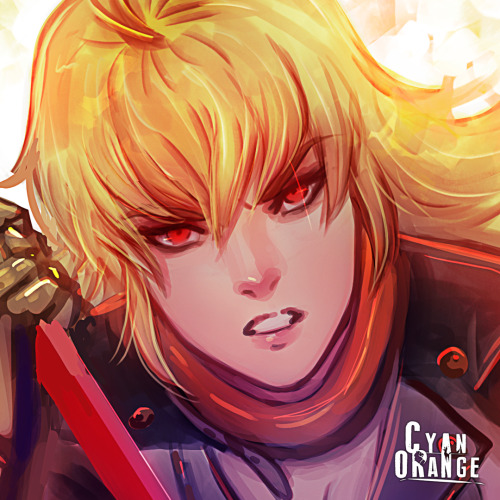 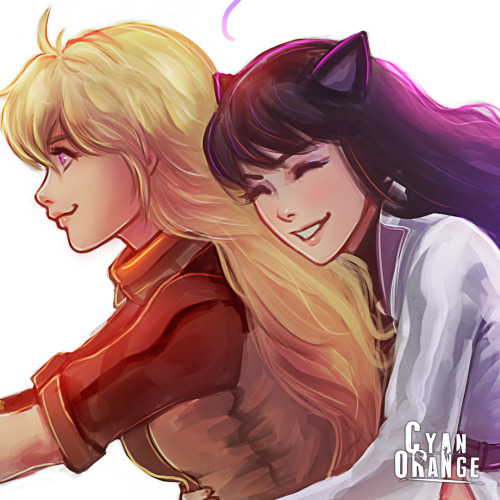 Nora Valkyrie: -BRUH, NO, I WAS IN ELECTRICAL-

Yang Xiao Long: I SAW NORA KILL WEISS. SHE WAS LITERALLY STANDING OVER HER BODY, LET’S GET HER OUT OF HERE-

Nora Valkyrie: -WAIT, NO! I WAS DOING MY TASKS! I SWEAR TO OUM THAT THERE WAS NO BODY IN THAT ROOM WHEN I WAS THERE!

Jaune Arc and Lie Ren: (confused at the whole situation and decides to let Yang and Nora argue while reading their Twitch donations)

Weiss Schnee: (silently fuming at her stupid friends because she’s the first to die and that Nora is not the impostor)

Qrow Branwen: (amazed that his bad luck transferred to Nora since he’s the impostor who killed Weiss)

Winter Schnee: (laughing her ass off while muted on Zoom because she’s the second imposter)

I’m pretty solidly in the “he’s dead” camp, due to two reasons:

Firstly, we know his health was already failing well over 20 years ago. Winter is in her mid twenties, but when Jacques was first courting Willow Nick was already not doing well. If his health issues were bad enough to force his retirement, I suspect that he’d have succumbed to them by now.

Secondly, I am convinced that he is the “unexpected loss of something dear” referenced in “The Path to Isolation”, since no other event in Weiss’s life really makes sense for that line. Willow becoming distant and apathetic was, as Weiss herself said, a gradual descent, and Winter going away for school wouldn’t be “unexpected” either.

I think I made a post on this last year, but I want to make it clear again:

The idea that Nicholas Schnee is dead is a work of fanon.

The sum total of the canon information on the fate of Nicholas Schnee is that he retired due to illness, and left the SDC in Jacques’ hands.

That’s it. That’s everything we were given.

If he turns out to be alive over the course of the Atlas Arc, do not call it a retcon. Because it will not be a retcon.

Is it possible he’s dead? Of course it’s possible. But it is not a certainty, nor has it been clearly hinted at.

But the fandom seems to accept his death as a fact, when it is not, and I’m trying to nip the inevitable complaints in the bud.

But you are definitely right that the show has not said that he is dead, and while I would be very, very surprised if he turns up alive, it definitely wouldnt be a retcon

So we definitley know the reason for the team split now.

Jaune: Let’s go for both. Get Amnity up and running and evacuate Mantle.

They’re not going to pull an Ironwood and focus everything on one goal. Instead, they’ll split resources to the two things they deem most important- saving citizens, and calling for aid.

So JOYRide grab bikes and head for Amnity to try and get it up and running.

Makes sense- Oz is back so Oscar should have the knowledge to get it working, Jaune is the most solid defense they have, Ren can hide them from Grimm on the way out or as they work, and Yang is the best driver and mechanic, plus one of their strongest melee fighters. It’s the best crew for this mission.

Meanwhile RNBWPower stays in the city to evacuate as many people as they can to Atlas.

Penny is of course the #1 person for this mission- being both their most versatile fighter and the Protector of Mantle. Weiss is the next best suited, with her extremely versatile semblance making her excellent at airship defense in-flight. Ruby, Blake, and Nora have all been staunch defenders of Mantle from the start, and round out the crew skill-wise. They have more people to help evacuate more citizens, and likely have Maria and Pietro helping and piloting the airship.

Character-wise, the split makes sense as well. Yang, Ren, Jaune, and Oscar have all been more focused on supporting the bigger plan, the bigger enemy. Yang and Oscar wanted to tell Ironwood everything from the start, to form a better plan. Oscar and Ozpin have begun to merge, and Oz’s focus has always been very big-picture. Ren, Jaune and Yang were the most furious and lost after the revelation that Salem was immortal, and all were relieved to finally find someone with a plan in Atlas. But all go RNBWP have been far more focused on the impact to individuals, on how the big picture will shape the small. So this mission split gives us a nice little ideological split too.

Both goals are noble, but splitting the team makes it more vulnerable. And given that their enemy’s strategy has always been to divide them, it’s a big risk. Personally I can’t wait to see how it plays out. 🙃

Family photo at a casual skating outing! Qrow about gets a skate to the face though.

Collab with @nobynad!! They did the sketch and the lines ^^ 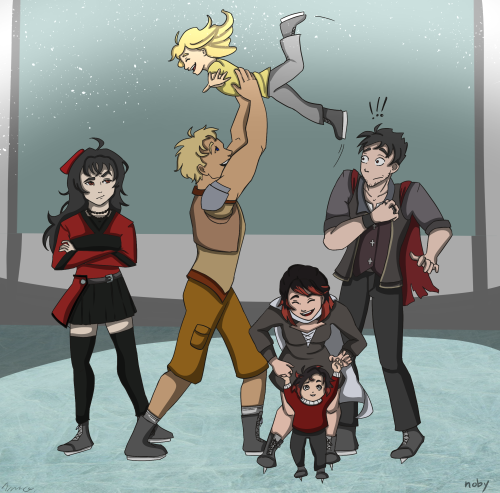 Qrow and Ruby decide to spend some bonding time baking cookies, but unfortunately they were goofing off too much and didn’t pay attention and left them in there too long! 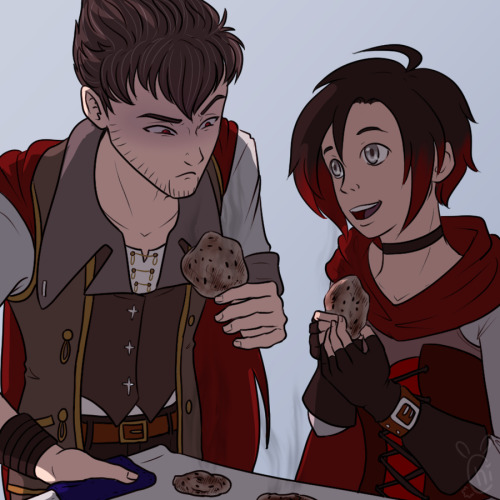 This is legit some of the best AA art in a long time and certainly one of the better bios in a while. Good job Uyalago.

Also hot damn Qrow you’re such a fucking Dante with your barely-held-together depression.

I love you. Please don’t die. 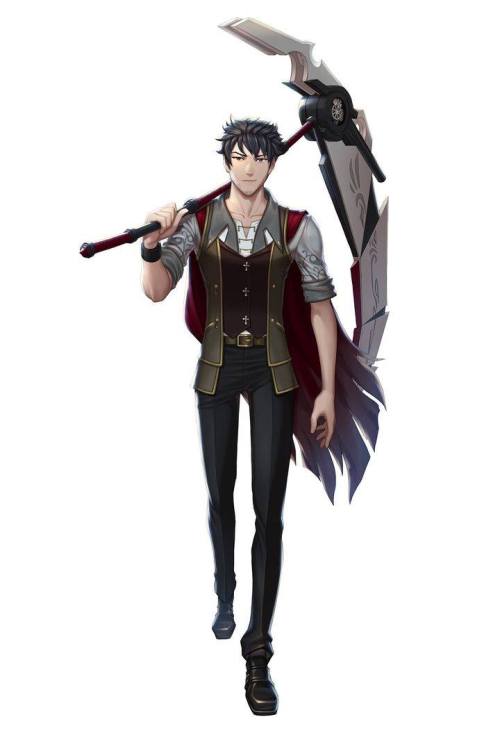 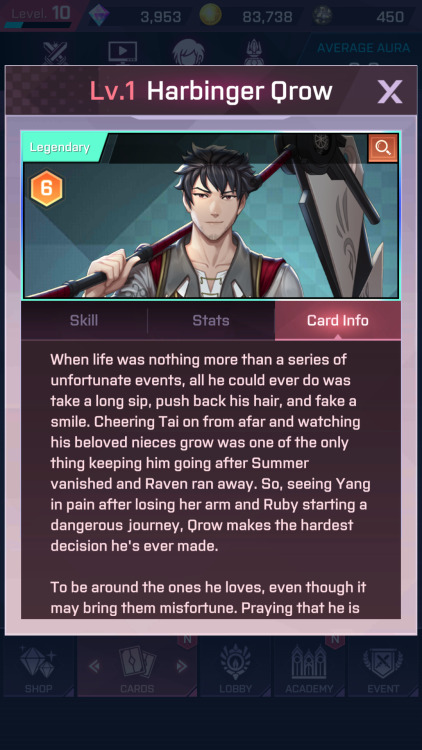 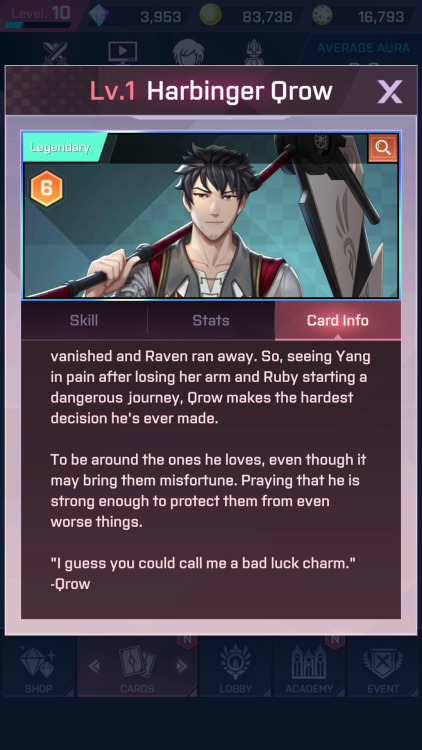 “Then let’s go for both. Get Amity up and running, and evacuate Mantle.”
Cool cool standing by my theory that they land Atlas and use the staff to power the launch

how many poor, desperate souls even get this joke

Qrow: There’s a monster under my bed and it’s really ugly and scary and really mean.

Raven, on the bottom bunk: Fuck you.

STRQ week is coming closer and closer! It’ll be here in the blink of an eye!

With the volume coming closer and closer, I’m hoping we get something STRQ this volume, but that might just be wishful thinking! But us STRQ fans thrive off fan content!

Big thanks to @chiherahcreations​ for letting me use there art for the background!

Hope everyone has an amazing October!

P.S. What costumes would STRQ wear to a costume party?

Uuuuugh Ryan was hilarious. Why can’t these metoo famous fucks just keep it in their pants

Qrow: asked my therapist who their therapist was and went to see them. asked them the same thing until i got to the final boss therapist and defeated them with my trainwreck of a life

On the subject of the abrupt radio silence: Sorry. I don’t think I’ll be back until November. My air ducts are full of mold and have to be replaced wheeee

Aka an excuse to draw a moon silhouette lol 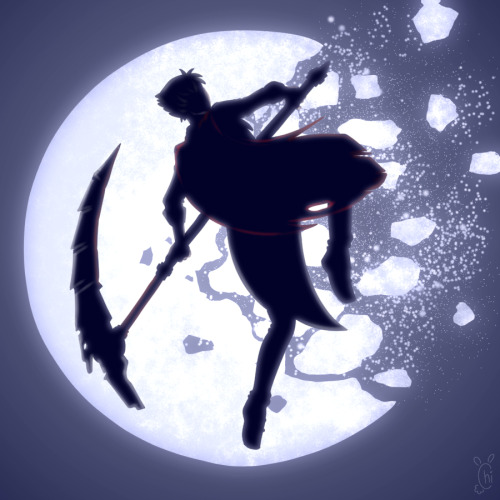 Qrow: I am dad inside