forgivehimgoosebumps
Fangirl
she/her|| 19 || biromantic asexual || Med student || What happens when Depression meets fangirling and social anxiety and your inner innate urge to gush over your favourites fights for dominance. This blog gonna contain all my inner turmoil for my mental health as well a place to rant about my recent favourites which can almost be anything. Also can have most random things.
Explore Tagged Posts
Trending Blogs
Statistics
We looked inside some of the posts by forgivehimgoosebumps and here's what we found interesting.
Inside last 20 posts
Time between posts
2288.2
Number of posts by type
Photo
3
Video
0
Audio
0
Text
17
Chat
0
Answer
0
Link
0
Quote
0
Fun Fact
The company's tagline is "Follow the World's Creators".
forgivehimgoosebumps · 36 days ago
Text

a BOG is a wetland that is acidic

a FEN is a wetland that is alkaline

a SWAMP is a wetland that can support trees

a MARSH is a wetland that cannot support trees

reminder that it’s perfectly normal to question your gender identity and change your labels/pronouns. you are not weird or strange. you’re valid. and you are loveable no matter what.

well that explains it

*loses me gender to the plague*

#meeee#exactly!!!!#well I haven't come to terms with it yet#but I am hella sure I fall in the non binary spectrum#still can't figure out the pronouns tho
58K notes
forgivehimgoosebumps · 36 days ago
Photo

Where do Babies Come From? 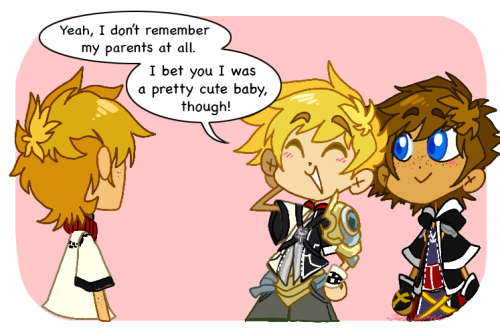 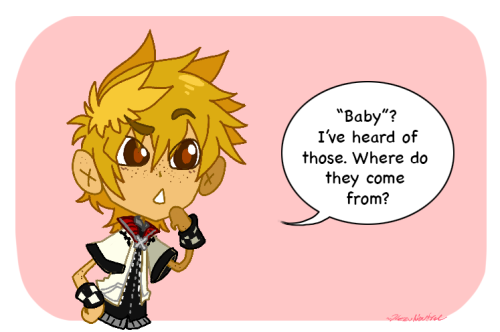 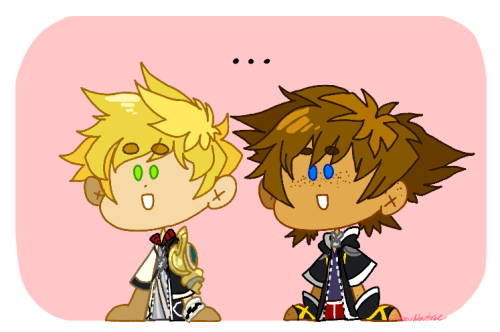 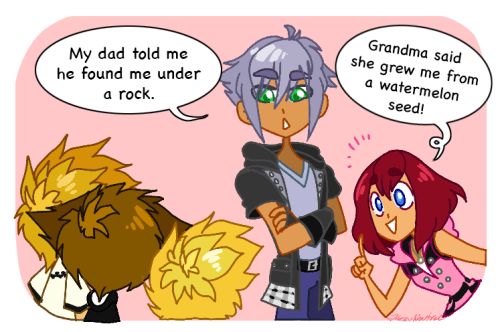 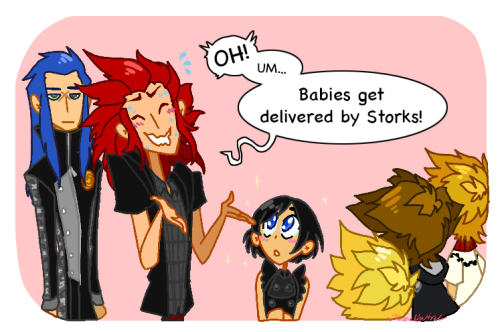 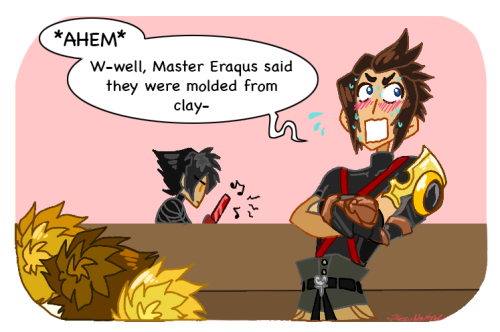 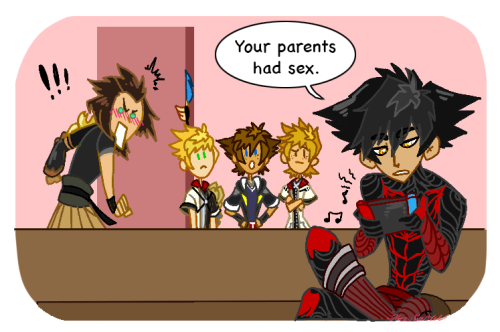 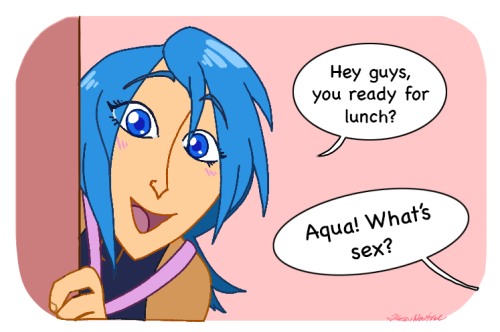 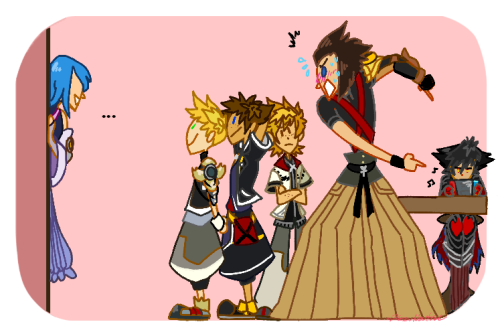 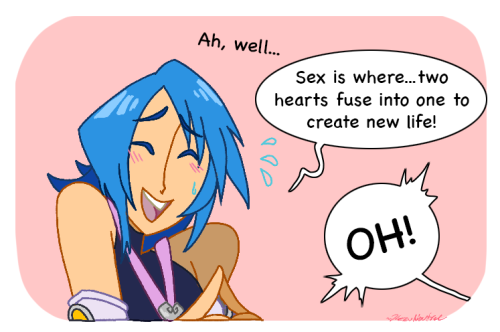 This is what you call good game design

There’s a tornado warning out (two, technically), so of course I went for a walk outside to see if I could spot it.  Never have I seen so many of my neighbors at one time, when there wasn’t a firework show or a picnic.

There was a tornado warning and a bunch of people gathered outside to set off fireworks. I wish I was kidding.

How cool would it be to shoot fireworks into a tornado?

A visitor came into my workplace with a bathroom emergency and asked me if I would look after her huge dog while she was otherwise occupied. I said yes, and when she came back from the bathroom, she found me flat on my back pinned to the floor while her enormous and needy Newfoundland sat on my chest and refused to budge.

Why did you let him sit on you?

I didn’t “let” him so much as “I was physically unable to stop him”. I knelt on the ground next to him and scratched him above the tail to comfort him and he just… leaned and squashed.

The owner was SO apologetic and I had to reassure her that getting flattened to a pancake by her elephantine dog was the best part of my day.

When I did pet care people would apologize for their animals being happy to see me, or getting affectionate with me, and it was like “why do you think I do this?”

every cat in the world is my valentine

I just want to be the prettiest, healthiest and best version of myself , that’s all

do you ever look at your url and think “i am so glad that i have this url. i deserve this url”

Hey, unpopular opinion, apparently. But people don’t just “have pain for no reason” doctors say this all the time (especially to women and chronically ill people) and the truth is, Thats literally not possible. Even if your pains are psychosomatic (a word I hesitate to even use because of the way its used so often) there is a reason you are having those pains whether its mental illness, abuse, etc. If your doctor consistently tells you that “well some people just have pain for no reason” get a new doctor. That’s a doctor who is not going to give a shit what your actual symptoms or experiences are.

I just wanna add to clarify the psychosomatic thing.

That word DOES NOT MEAN you’re making it up. It doesn’t mean you’re imagining the symptom. What it means is that the symptom ISN’T DIRECTLY CAUSED BY ANY OF THE THINGS THAT WOULD NORMALLY CAUSE IT.

I fought to get a PCOS diagnosis for 2 and a half years. For the ENTIRE time I was fighting, I was dealing with 3 cysts that were not going away by themselves and eventually required surgery to remove. At one point close to the end of the battle, I suddenly went blind. I was visiting my parents and was standing on the veranda looking out over the tree we had planted in memory of my dog and suddenly I got one of the shooting pains that I was quite frankly used to at that point and my vision started to go dark. It was like the sun was setting while being completely hidden behind storm clouds but it was 2pm in the middle of Summer on a clear day. Within about 30 seconds I couldn’t see ANYTHING. I was 27 years old and I was screaming for my mother.

My mum raced me to her doctor (he was a 15 minute drive away as opposed to 45 minutes to the nearest hospital) and he quickly worked out that there was nothing wrong with my eyes and what had happened was totally unrelated to them. Then he said it was psychosomatic and I freaked out, yelling that I was NOT making this up and I definitely wasn’t imagining it. Very quickly he calmed me down and said he believed me and I had misunderstood. He explained that whatever was going on with my abdominal pains (he suggested PCOS which I hadn’t even heard of at that point) had been ignored for so long that my body was starting to do things other than the normal pain response to try to draw my attention to the problem. My sight going was my body basically jumping around in front of me going “HEY ARE YOU EVEN LISTENING TO ME HELLLOOOOOOO??????”

He gave me some prescription strength painkillers and my sight started to come back as soon as they started to kick in. About 45 minutes after it started I could see well enough to walk around without help and within a day and a half I was back to normal. On top of that I finally had a scan booked to figure out what the hell was causing all the pain.

Psychosomatic symptoms are NOT imagined or fabricated or happening for “no reason”. Experiencing them DOES NOT make you a liar. It makes you someone who has been battling with something serious for so long that your own body has started to get impatient with you.

I completely agree. Thank you for sharing this.

I don’t usually add to posts but I thought it was important to add that this 100% goes for mental health, too.

When I was 18, only a few months after graduating from high school, I started having seizures. Serious, triggered at the drop of a hat, knock me unconscious for an hour or more and leave me dazed for days kind of seizures.

I was rushed to hospital two or three times within the space of a week after passing out in the middle of cooking dinner or talking with my family, but the hospital could not find anything wrong with me. I spent a week in the hospital in a planned admission, connected to an EEG monitor for 23 hours a day with the doctors hoping to catch my seizures in action and finally figure out what they were. I don’t know how many seizures I had during that week, but at the end of it, they said that even after all that, there was nothing wrong with me. After that, they sent me to a psychologist.

I was diagnosed with PNES - Psychogenic Non-Epileptic Siezures. Essentially, it was explained to me, I had been ignoring my anxiety and PTSD for so long that my body was acting out just like @kamorth ’s had. When they started treating me for anxiety and PTSD, my siezures eventually turned into panic or anxiety attacks, and then stopped altogether.

The moral of the story is don’t ignore pain. Whether it be physical, mental, whatever. Pain is your body’s way of telling you something is wrong and it has ways of making you listen to it eventually. Some of those ways are seriously disabling and once you get to that stage, it can be a long road to recovery.

Just because therapy might be helpful for some psychosomatic symptoms doesn’t mean it was fake. It means your treatment worked.

This. And a half. With bells on.

If you are a #medblr, you need to read this post and LEARN FROM IT.

The way the doctor in the first story (blindness, PCOS) explained “psychosomatic” in such clear simple terms is EXCELLENT PATIENT CARE.

Pain is NOT a diagnosis.

I got hospitalized at the end of my second year of residency for an abnormally heavy period- 16 days of heavy bleeding before I passed out while working, dropped my hemoglobin to 5.4, needed 3 units of blood, 2L IV fluids, and a procedure to stabilize me.

The final diagnosis was inflammation of my endometrium, which can happen with my connective tissue disorder but is rare. The cause? Apparently 6 solid months of long hours, long commutes, emotional distress due to several family situations, and anxiety manifested in this weird way because I am really good at ignoring my body’s warning systems. My body started with some panic attacks, which I ignored. Increased migraines- I just upped my ibuprofen use. I had pain in every ligament and tendon in my body at one point, and I just powered through. My body finally threw up its hands and yelled, “OK UTERUS, UNLEASH HELL” and I was completely unable to ignore it.

The body is so interconnected. As doctors, we can’t always explain everything, but we know it’s not “all in your head”.

Ok, I’ve seen this post before with only the first story and thought it was really good. I’ve been using it as an example here and there whenever I discuss chronic illness or mental health with people.

Today, as I sit here reading the new additions with a head that’s been pounding for hours and joints that have been screaming for months. As I contemplate that maybe a shower will be enough, or I can just take some ibuprofen if it doesn’t go away. I’m thinking I have to take my own advice and of these several people and listen to the alarms

my doctors ignored me for years when I told them I’ve had abdominal pain since I was three. they told me I was making it up, or that I was just “stressed.” but even if it was just stress (it isn’t – well, not completely) they should have helped me control it with therapy or anxiety meds. there is always something that can be done.

#the doll knows the furby is stronger

Aces stay winning, as we should 😌

i love when ppl who constantly use self deprecating humor interact with me, theyre never sure how to react. theyre like “lol well we all hate ourselves anyways” and im like “no, im sexy as hell actually” like oil and water everytime

And tbh, it’s funnier/more comfortable for everyone involved anyway. Like, failing spectacularly at something but going “lol y’all WISH you had my talents” instead? Hilarious. Its funny, alleviates the pressure on other ppl to validate your negativity, AND even when what you’re saying “isn’t true” your brain still responds to hearing positive input & your attitude towards yourself & your situation becomes so much healthier after a while. This kind of thing has been proven to improve mental health & curb self-harming tendencies, as well as contribute to healthier social environments ;0;

Yes I do, actually

Doing this has genuinely saved me. Pls be kind to yourself even when you don’t believe it

sometimes i wish real life had a mute button.