We looked inside some of the posts by foxd1e and here's what we found interesting.

I KNOW IM NO SWEET PRINCE OF LOVE!! THOSE TIMES THAT WE GOT DRUNK!! MAYBE JAMAICA RUM!! MAYBE SOME JOHNNY DUB!!! MAYBE YOU STILL THINK OF US!!! PHONE BUZZ AND STILL I JUMP!!!! WHY DONT I SAY IT THEN?????

I WANT YOU ALL THE TIME

the reason why tumblr friendships last like 2 months with a callout and screenshots ready is because you’re all freaks and because none of you learned how to communicate and I don’t mean like “you don’t know how to talk to people” I just mean like. Y’all think it’s healthy to hate your friends and just not tell them or not telling someone when they say something fucked up and then waiting for their callout to tell everyone “it was so scary!” Like y’all are what… 16-20 years old and can barely tell someone if you’re upset w something they did

YOU GONE WITH THE THICK RIM… BIG LOOK WITH THE LIP RINGS AND THINGS.. WAKE ME WHEN THE BELL RINGS… IM GONNA SLEEP CUZ YOU LIVE IN MY DAYDREAMS

*puts that shit on your dash and just logs off*

#my ship doesn’t even need manips

It was almost not completely gay, if it weren’t for that swallow. 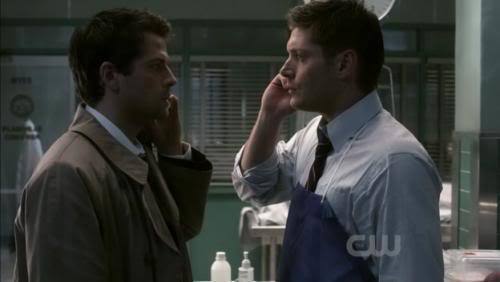 one of the most important

ACTUAL BONERS ON THE SHOW

FROM LOOKING AT CAS

WAS NOT A MANIP

CAN I GET A HALLE-DESTIEL-LUJAH? 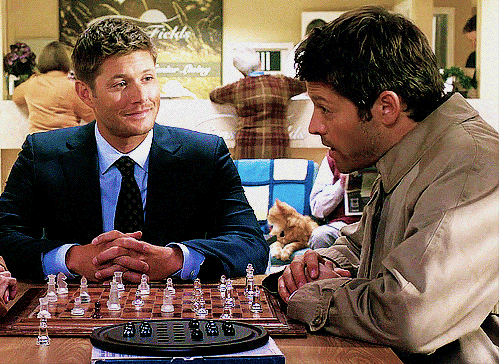 Be still my destiel heart

Best slowburn fiction…..I will riot if this doesn't’ happen by the end of season 15 as an epiphany moment

english is a language 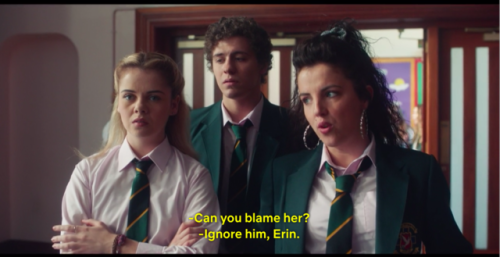 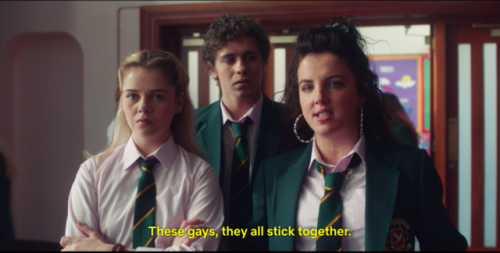 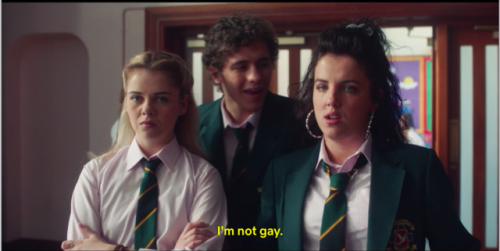 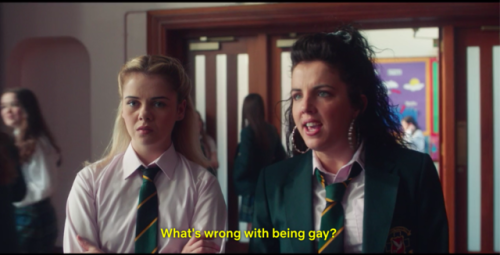 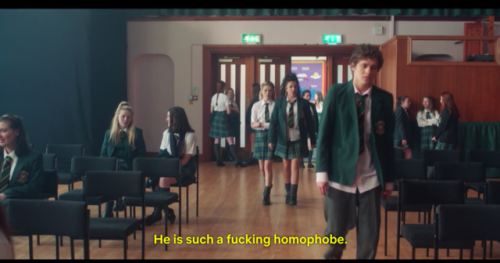 ah, i’m sorry, i honestly didn’t expect a ton of reblogs on it. i’ll edit the post and add credit

it’s unnecessary feelings daaaay~ and I don’t have the time/energy to come up with any fic for today but I DO have thoughts on this scene and how it relates to narumitsu even though I don’t see it as being about romantic feelings at all.

So yeah. Obviously the wording is very… you know, some of the worst wording they could have chosen if they were going for a totally platonic interpretation. Like to the point I genuinely thought this was leading up to a love confession when I first saw it. But now, even as a major shipper of these two, I don’t believe:

a) Miles was in love with Phoenix at this point, and even if so:

b) He wouldn’t be aware he was in love with Phoenix at this point, and even if so:

c) He certainly wouldn’t walk up to Phoenix and tell him that!

But this conversation is still on my list of narumitsu moments.

At this point, this is… the second time Phoenix and Miles have had a one-on-one conversation in semi-private in fifteen years. Miles has only gone up against Phoenix in court twice; this is only the fifth day Miles has seen Phoenix since he was nine. But even such minimal interactions are enough to cause Miles to completely question everything he was taught and give him enough unease that he doesn’t think he can ever face Phoenix again without having his whole sense of identity shattered. (which… is kind of what happens, anyways.)

The core appeal of AA1 narumitsu for me is Phoenix saving Miles, not just in the literal “defend from murder” sense, but also by helping him get in touch with his humanity again, the morals and ideals he was forced to abandon. It’s about Phoenix saving Miles from his self-destructive spiral and facing him head on and demonstrating so much care and belief and trust – either directly to him, or to others around him – that it utterly shatters Miles’ toxic worldview and eventually brings some of the old him back.

And this conversation embodies that pretty well. Unease and uncertainty both suck in general as emotions but they are a common thing that happens when you’re human. It’s said pretty well in text (”Aren’t those kind of necessary?” / “They only serve to get in my way.”) but Miles… can’t allow himself to feel those emotions. The moment he starts feeling unease and uncertainty he goes down a spiral of “is what I’m doing right?” -> “Are the defendants really guilty?” -> “Did I really kill my father?” that he can’t allow himself to do. It goes directly against von Karma creeds of “perfection”.

But seeing Phoenix in the position he once aspired to as a child, defending the innocent, proving to Miles that the defendant really isn’t always guilty, stirs up those feelings in Miles, to such an extent that he goes out of his way to tell Phoenix to never show his face in front of him again.

I don’t know, it’s just… the whole idea of “you made me question this toxic worldview around me, filling me with normal human feelings such as unease and uncertainty that I am unaware of how to handle, and by doing so you will eventually save me from myself and these awful beliefs I hold and show me the proper path of truth and justice and trust once again” isn’t inherently a romantic idea, but… it does make a pretty freaking good basis of a love story in my opinion.

So yeah… as much as I might throw in the occasional joke about “unnecessary feelings” I do believe this conversation wasn’t meant to be about romance at all, and that fact actually makes it part of a better love story: the core of which is based around the reclamation of ideals of justice and belief and trust rather than just romantic feelings. And that is the appeal of narumitsu for me.

GUESS WHAT DAY IT IS 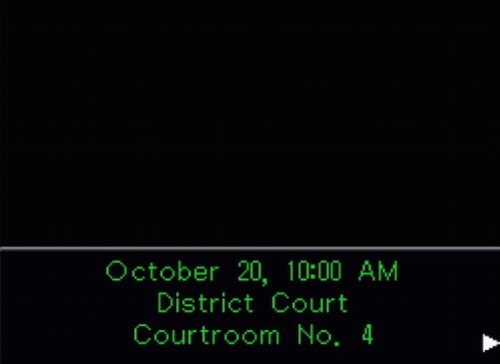 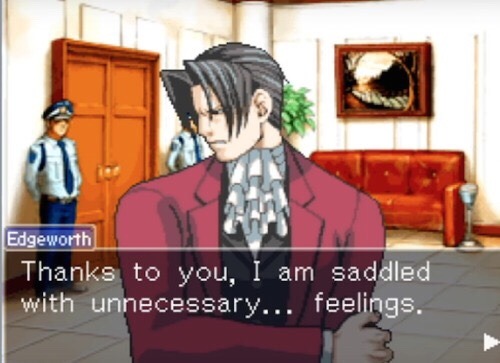 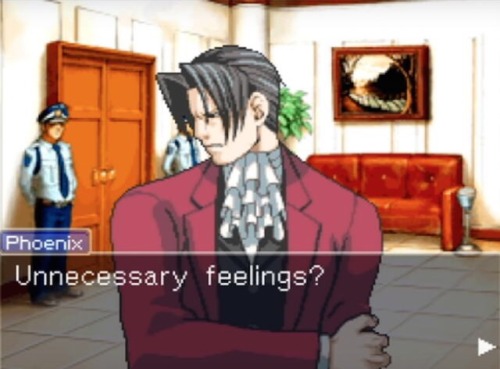 and i have hands, and i have feet, i’ll never die, i am a certified freak 7 days a week wet ass pussy make that pullout game weak

6 notes · See All
Next Page