basically me ranting abt my current passion

We looked inside some of the posts by fuwua and here's what we found interesting.

I’M FREAKING WEAK!!!!!! bokuto is so cute and just as it was panned to akaashi he said “oKaY, WORLD”

UM OK NOT TO ROMANTICIZE EVERY SINGLE THING BUT DAMN

rivalry for the spot as hinata’s setter

#haikyuu, #haikyuu manga, #akaashi, #akaashi keiji, #adult akaashi keiji, #akaashi laughing, #oh dear he is a works at a big weekly shounen manga
68 notes · See All
fuwua·a year agoAnswer
Yes 😊 soma and erina will be cute 😍 but I don't like asahi because he is not a proper villan you see he is not very bad like zeref from fairy tail

omg, i probably answered too late! but with that being said, the story has now unfolded. so now we shall wait for what comes in line for the duo!

what i like is just how erina is treated as a princess, it just makes my heart beat happily (if that’s possible!)

thank you for your insights 🥰 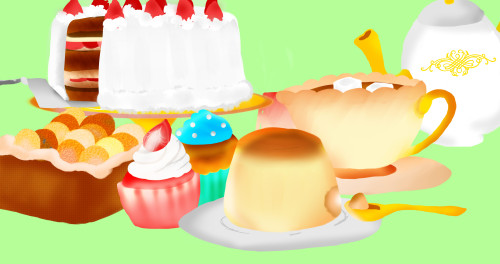 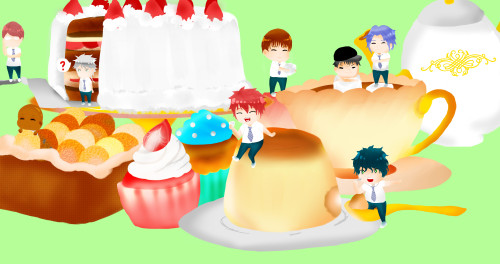 hey, it’s my exams week and i realized that i haven’t posted my unpopular commentary on the latest manga chapters of haikyuu so here you go!!

first we start with the frustrated akaashi, he got benched out because he was kind of ‘out of his game’ because of the pressure that the match is giving him.

regarless, look at how he slowly internalized what’s happening and just let out a quivering shout (which is so akaashi-like)

and just as his coach called his attention, he perked up and acted like the same old akaashi that’s ever-dependable.

one thing that i like about haikyuu is the fact that the characters are so real and they are given much room to improve themselves at a reasonable pace. i honestly can’t think of an instance where something was out of place in the story, it’s like everything is well placed and well thought out.

yes, i give you the ever-honorable and well-drawn akaashi keiji. the side characters are really given the moment of their lives when they are given a panel, they all have time for interaction, and it depicts their individuality.

i won’t dig in too much with what happened with the later panels because it’s really worth the read and i think that if i share all the things that have happened, i’d be spoiling the fun too much )-: SO GO READ!!

but it’s too hard not to share an all smiles akaashi because a lot has happened to get those wholehearted smiles, I TELL YOU

and of course, we can’t spare the overthinking akaashi. the one think that we and akaashi, the legend himself, have in common.

well, i was about to attach another photo set but turns out there’s a new 10-photos per post limit.

nevertheless, the latter chapters are amazing! haikyuu manga never disappoints and if you have time to spare to catch up with the manga, i swear, your time will be made worth it.

the fight involving fukurodani is like the redemption (?) or growth arc of tsukishima but this time it’s akaashi.

worth the read, especially if you are fond of akaashi!!! (｡･ω･｡)

but there is really more to haikyuu than its lovable characters, that’s all!!

hello, someone please help me with the translation of this mission, i really want to get yukimura’s song

also, are these songs temporary for the time being?? (*´∀`*)

It was that time of the year again, having to monitor the relative’s ice skating business over some province in Japan.

Not that Tsukishima wanted more time to answer his over-the-break homeworks, he was also thankful that he had a valid excuse to refuse to the volleyball team’s “outing.”

In fact, he was enjoying the view of children of all ages falling miserably on ice. He just despises the fact that the skate shoes hurt so much, that he as to come to the rescue of those falling children if they struggle to stand for more or less 10 seconds.

For all he cares, they might as well crawl to the exit and give up on skating ever, but then here he is, hands inside his winter jacket. Waiting for the failure of people.

He occasionally takes some strides to wear off the pain he was experiencing from the shoes.

Tsukishima heard, he turned his attention to the failing chosen one. Much to his surprise, the person managed not to slip and, to contribute more to his surprise, it was his leader type of a classmate, the fierce one.

He almost couldn’t believe it, to see someone so competent struggling on the rink.

“Alright, I haven’t slipped yet!!” You yelled to your companion. Tsukishima then continued to stride around the rink back to his post.

It hurts Tsukishima to admit that he was actually enjoying himself watching you getting your balance while your companions slip every 4 seconds.

“Typical L/N.” He smiled to himself, he always adored how goal-oriented you were, especially inside the classroom.

There you were successfully detaching yourself from the side rails but it was time to clear the rink, so the machine can soothen the surface.

Usually, he should just give out those assisting mechanism to those who are struggling but he wanted to add a personal touch to you.

“Thank you so much! See ya’ later, cuz!!” Said your companion, much to your dismay, “Hey, sir, don’t you have an extra polar bear? I’m struggling.”

You felt as though the voice was so familiar, you turned to look at the person in the eye, “Tsukishima Kei?!”

“Hello to you too, L/N F/N!” Tsukishima teased, you rolled your eyes, “What are you even doing here?”

“Hmm, what is that? I am here to assist you, do you not want me to?” He chimed with his mischievious tone, you just smirked, “As if I would want to!”

Tsukishima then turned to the exit.

“Okay, wait! I need help.” You yelled out, hearing your pride shattering piece by piece.

“Hmm…” Tsukishima said as he once again turned to you, “On one condition.”

“What is it, Tsukishima? Hurry up!!” You told him, obviously irritated.

“You owe me hot cocoa tonight.”

“Whatever, now get me help!”

“I am the help.” Tsukishima said as he extended his hand out to you.

“Is that even allowed?” You raised an eyebrow then followed by the big machine’s whirring sound, which made you abruptly hold Tsukishima’s hand.

Tsukishima then lead the way by skating his way to the exit, trying to match your skills. It almost seemed as though you two were couples since it was giving off a romantic vibe.

“Be careful, we wouldn’t want our dear L/N F/N falling for me now, do we?” Tsukishima teased, “As if.” Came your reply.

The two of you continued to skate.

“Hey, Tsukishima. Those kids are still inside the rink.” You pointed with your free hand, “Wait for me here, L/N. Just stand still.”

Tsukishima then let go of your hand to get to the children, holding both of their hands.

You smirked to yourself, “Wow, the great Tsukishima Kei, being good to children.”

Tsukishima skated with two children at hand, while you were penguin walking your way to the exit.

Once it was near the exit, you were relieved that nothing happened, “Wow, you didn’t slip nor cussed in front of the children.” You applauded Tsukishima.

“What can I say, it’s all about balance.” Tsukishima said as he guided the children out, getting back to you in the rink to hold your hand once more, “Jealous of the children?”

The two of you successfully made it back to land, laughing. The both of you were struggling to walk with your skate blades on, “Okay, Tsukishima, there are a lot of children, don’t fall and cus-”

Just as you said that, Tsukishima lost balance and fell forward, “FUCK!”

Gasps were heard from mothers, other covering their children’s ears in the motion.

You just laughed and extended a hand to Tsukishima, “Want to get that hot cocoa now?”

Tsukishima took your hand, stood, and sat down to remove his skates, you did so as well. The both of you returned your skates, Tsukishima grabbing your hand after, leading you to the cocoa stand.

yeah, if i were to be asked, souma and erina wins over my heart ƪ(˘⌣˘)┐

i just appreciate how it was depicted that asahi was being that cute-pushy suitor, trying to get erina engage in a conversation, and all. it seemed so shoujo-ish └（★ｏ★）┐

Akaashi then spared a look away from what he was making as part of his training to become a blacksmith such as his grandfather.

It was you, the one who tends to the farm up the land next to their shop. You always looked so messy yet so divine. Going left and right on the farm, to feed livestock and whatnot. He always thought how pathetic it was to revive the farm that has been abandoned seemingly for years.

Akaashi snapped out from his thoughts, not realizing that his grandfather had already called his attention.

“I am sorry, grandfather. What is it?”

“The tool! Retrieve the tool.”

He then made his way to where you were, you handed him your hoe as you smiled. He just kept his neutral face, his frowning face to others.

The noon bell then rang, signalling that it was his lunchbreak. Without any word, he went out the shop to head to the library.

His grandfather groaned, “Pathetic…” He then sighed, “City boys…”

“Is he from the city?” You asked him, “Yes… He must learn the way of the blacksmith, being the only child of my son. I won’t live forever, you know?”

“Well, you can! We just have to live out your memories!” You chimed as you flashed a smile, he just sighed in reply. “Get going. You’re too positive for this old man. I have to upgrade your hoe.”

“Alright, thank you so much!” You said as you headed out to town. He once again sighed, “Truly a good kid, why can’t Keiji see that kid…”

akaashi as gray “ψ(｀∇´)ψ so dreamy

this post is majorly on fukurodani’s part of the arc! (spoilers)

look at how adorable, stupid, and decisive bokuto is in receiving the ball, stupidly adorable o(╥﹏╥)o

and look at this

it’s so cute, not because of akaashi, but because one of the factors why akaashi studied at fukurodani because he was in awe by bokuto’s gameplay

and bokuto’s so cute, chest pumping with their coach??? how adorable!! it’s like they’re so cool with each other

YEAH, SO I GUESS IT ENDS HERE BECAUSE IT’S CHRISTMAS, YEAH!! MERRY CHRISTMAS AND FOR THOSE WHO DON’T CELEBRATE CHRISTMAS, IT’S THE THOUGHT THAT COUNTS