We looked inside some of the posts by fxledheroes and here's what we found interesting.

Familiar. they all heard one another’s stories by now. Switching between looking her in the eye and at her lips and back again, “ Some people are resistant.”

+ “ Some are, and some can be. “ Ivy had made it no secret that a kiss from her could be deadly. Her name-sake not withstanding. It didn’t mean, however, that she didn’t have the means to render a person resistant to it. If said person wasn’t already.

Well, this is awkward. The two of them shared one night of…admittedly, pretty intense sex, and now it seemed like they couldn’t be more distant.

“You don’t gotta lie to me.” Jason rubbed the back of his head. “I get it, it’s kinda awkward after a one night stand so you keep your distance for a little bit. Just usually doesn’t last this long.”

+ “ I think most people who have those aren’t like us though. ‘ She hadn’t meant to be so distant, but at the same time, with the line of work the two of them were in, it sometimes wasn’t something she had a choice in. Sighing, she pushed her glasses further up on her nose.

+ There it was. The thing that had been hanging over any conversation she’d planed out between the two of them. It was supposed to have been one night. Tensions between them, between the two of them and people who no longer were alive, had been too much to ignore. After that, it had been in their best interests to just leave it alone. At least, that’s what Gwen herself had thought. College was starting again soon, there was no time to sit and linger about things that she couldn’t go back now and change.

Getting pregnant wasn’t supposed to be a part of that.

+ “ No…I”m not mad. “ Kara shook her head. After the night they’d had together, it was hard not to let lingering images slip back into her immediate thoughts. Sighing, she looked back at him, teeth lightly biting her lip for a moment. “ I’ve just been busy lately. Sorry. “

#exiledbird, #( kara: we had sex and now i don't know how to not be awkward ), #verse: girl of steel, #muse: kara zor-el
4 notes · See All
fxledheroes·3 hours agoText

+ @thewxnderer​ asked:  “A kiss under the mistletoe. You know, mistletoe can be deadly if you eat it.” - bane @ivy

+ “ That sounds oddly familiar…doesn’t it ? “ Ivy asked with an amused look about her. “ Almost like a kiss from me can be just as deadly. “

+ @spiidermade​ / @saccharindreams​ asked:  “I heard that you - were asked out on a date by Barry?” ((For Kara

+ Instantly, her fingers pushed her glasses back into place, a smile all too welcomed as it spread over her expression, crowning it. Was it obvious how happy she was ? Overwhelmingly seemed to be the answer. “ I was ! “ The excitement bubbled out of her, before her brain instantly became aware of just how much excitement had wrapped around her words. “ I mean…yes, I was. “

The woman on the couch was still unconscious indicating that whatever hit her was strong. Yet she opens her eyes slowly seeing her surroundings only to notice Cait in front of her face. Her hand curls into a fist then punches Cait off of her view in defense while grabbing her shotgun but notices the gun is out of ammo.

+ Barely avoiding the punch with every ounce of instinct her time within the Combat Zone had afforded her, Cait was quick to grab the bat sitting behind on the table. Wouldn’t do much good against a gun at this close a range, but she wasn’t about to just appear any degree of helpless to the new arrival. “ Look, blastin’ a hole in me isn’t gonna let ya make any friends. So why don’t ya just put it down ? “

Getting up first thing in the morning just to check and see if your role play partner replied. 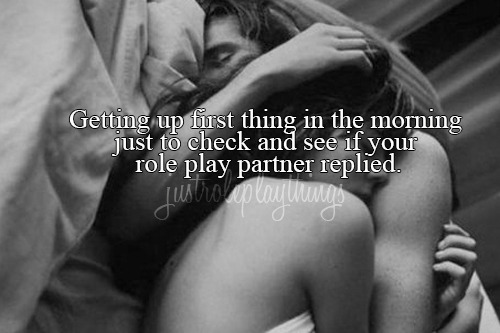 John nodded, unable to suppress the smile on his face. Had Amazo hurt another hair on her head he would’ve used every bit of power in the Central Battery and blown him to smithereens.

“Good,” he said, raising a glass to a toast.“ I remember when this place was first being built. Didn’t think it’d be the place I’d bring the League’s finest woman.” He smirked.

“Your dress is amazing, by the way. How’s your business going?”

+ “ Keep calling me that and I think I’m gonna have more than a few people aiming for me back at the Watchtower. “ Kara replied, not without a smirk etched into opposing corners of her lips. Raising her own glass to meet his, she was entirely satisfied with this being the reward to the fight. As much as she’d been unhappy about taking a few hits before she could react, it was clear the two of them had come out on the victorious side. That was enough for her.

“ Thank you. It’s going fine so far. Keeps me occupied when I’m not on missions. “

Breathing heavily, the blonde stood in a ready stance, expecting Ivy to make a run for it. At that point there was no other option. The only exit was ahead. “What the—?!” Barbara’s head whipped around when everything started to move, looking for the source. “What did you do?!”

+ All of the ‘ fun ‘ she’d been having across the city hadn’t been without a few backup plans in mind. After the way her last few had ended, she’d thought better of placing every one of her hopes into one basket. She continued to smirk as she looked back at the bat in front of her. “ Oh this ? “ Her answer sounded almost innocent. Almost. “ Why, it’s just a few of my plants. Making sure that things go just my way. “

( hit the heart for a starter from one of my resident evil muses ? )