okay everybody go home this is the best one

I love the original because it means drama but this 2021 version is amazing.

“I brought grandpa, now y’all HAVE to be nice.”

They way there are people on my dash getting up on their high horse about people still posting normal content right now……. Mind boggling. We are on tumblr

Like I’m not even gonna uno reverse the moral superiority contest like “ummm not everyone has the mental energy to obsess over current events 24/7” like that would be true but also. We are literally on tumblr

The whole point of tumblr is that it’s not the real world and nothing here matters. We could be in the middle of a nuclear war and we’d still just be like “so anyway I started watching this tv show recently” and it doesn’t mean Shit about how much op Cares they’re literally just not posting about it

1 notes
fyx-ation · a year ago
Text

I wish the takeaway from “bean dad” was not “this one specific guy is a bad person,” but that the very, very common “they’ll do it when they’re hungry/tired/bored enough” attitude towards children isn’t a good one.

If you can understand that this isn’t a good way to teach a child to use a can opener, consider that maybe the kid who’s been told they can’t move from the table until they finish their homework, who’s been visibly struggling to focus for hours and crying out of frustration isn’t just being stubborn?

I don’t especially care if this guy is run off twitter, it just rubs me the wrong way that there’s an obvious desire to say “this guy is the worst parent in the world” instead of “this is an attitude that a lot of normal and entirely well-meaning parents have, and it can be harmful to children.”

This post was my introduction to “bean dad” just now and I can’t believe he didn’t think that would disgust people?? You teach a child by TEACHING THE CHILD, not sitting there tweeting for hours while they struggle!?! And to feed themselves!?! I guess 50,000 people already apparently said all that in different ways for the last couple days.

But yes this applies to everything. We literally evolved for our children to be actively shown how to do something and then remember it. It’s what their big ass brains are for. It’s why childbirth is so arduous. Don’t fucking waste that!

King James I: *builds secret tunnel connecting his room to the room of a man he calls his husband*

Historians: it’s very hard to tell what kind of relationship they would have had, let’s not look at this through a 21st century lens 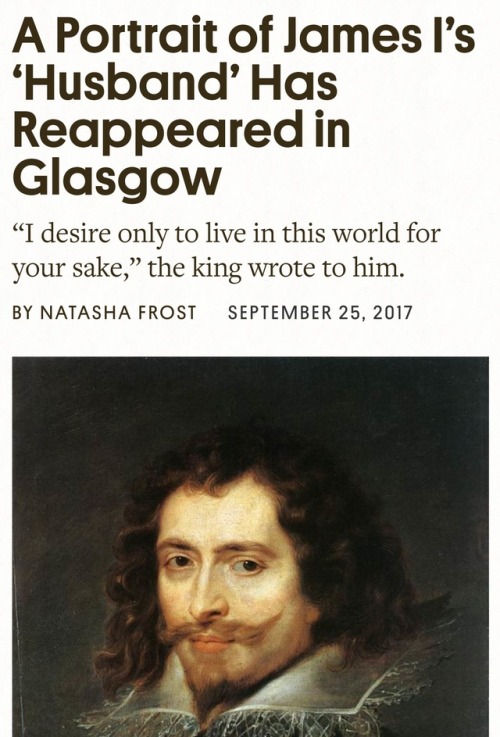 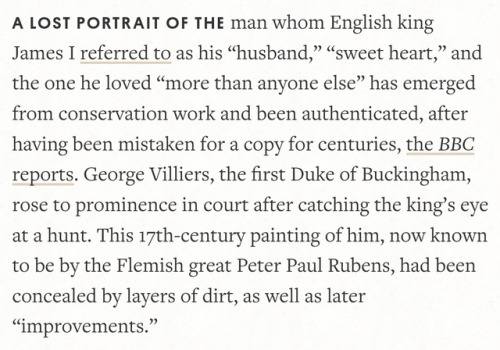 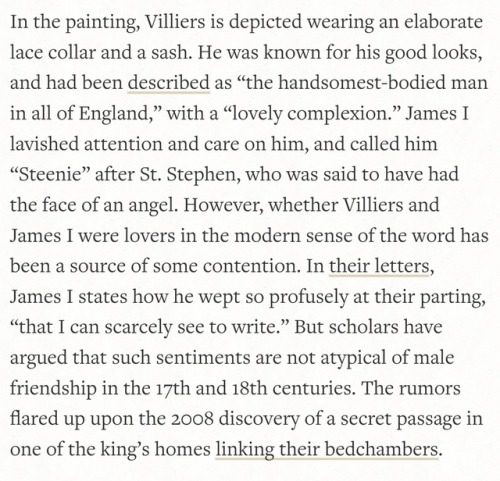 i am being seduced 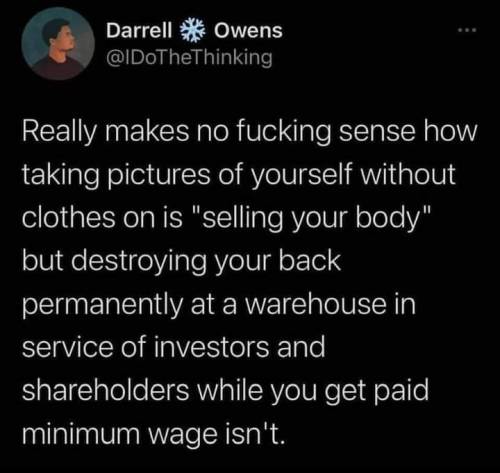 This new scam has been popping up in /tell the last few months. While most people I know are savvy enough to recognize fishing, there are still people out there who don’t. Regardless of if you think your friends are also wise, please take a moment to spread awareness in your discords/fc chat/ls chat.

The fake forum URL is just one form of fishing. They’re also using twitch links under various guises–even ones that seems totally innocuous, like “so and so is drawing portraits live. come join us at blahdiblahdotcom.” Always double-check URLs when you’re even slightly tempted by those (especially since those can be legit. Fishers always gotta ruin everything).

It needs to be returned to its owner! 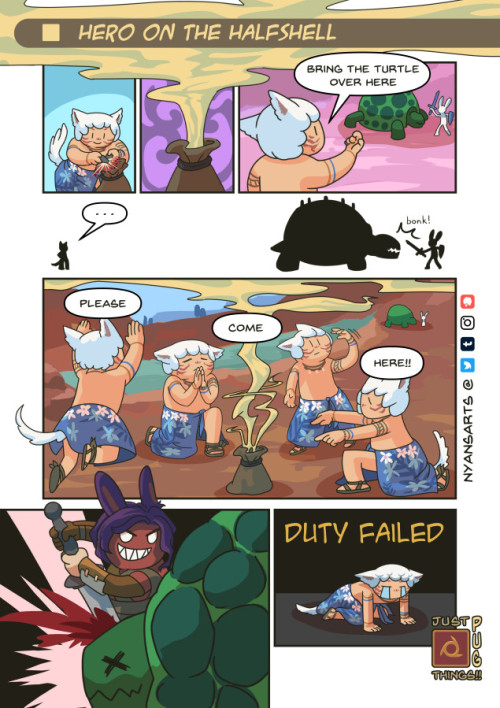 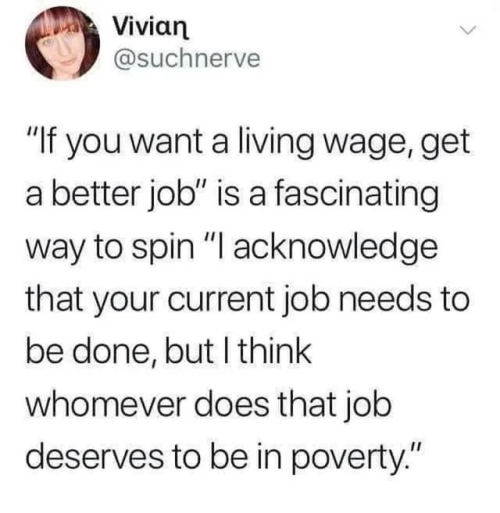 Imo the “bad boy who’s only nice secretly/after you get through his layers” trope in media functions as propaganda designed to get you to second guess yourself and your experiences in order to give bad men a chance. Some things need to be taken at face value and if he treats people like shit he is in fact a bad person even if he’s nice to you sometimes. Stop looking for hidden meaning and depth in his actions. He’s not misunderstood he’s just an asshole and it’s not your job to shovel through the shit to get to the disappointing “good” parts

Can we talk yet about how endings are actually extremely important. About how sometimes “giving the fans what they want” is actually “resolving the story in a logical and plot relevant way”. That “subverting expectations” doesn’t always mean you did a good thing - sometimes it means you fucked it up, royally.

There are plenty of extremely good stories that don’t end happily, and yet remain retold and loved and cherished. There are plenty that have ambiguous endings or sudden turns - but manage to stick the landing through careful setup.

There is an odd tension between writers and fans that has become popular - that the writers somehow know something deeper or have a better sense of plot or are somehow more cunning. That fans are stupid and foolish and don’t matter. This dichotomy would be buckwild in any other field. There’s this sort of weird feeling that… The writing staff is allowed to hate and mock and deride people who have the nerve to… Like the product? Can you imagine any other brand that would survive off of “gotcha” marketing? Sure, it’s funny for them… And kinda only for them. I know all the ironic assholes in the world love this shit - “haha! You liked something honestly! I know better because I’m smart so I never like things!” - but the world is really fucking boring & annoying & unfun when it is run by people who think like that.

But even taking fans OUT of the equation, as a writer, it’s frustrating for me to watch other writers not value their OWN MATERIAL. Like, they don’t rely on the narrative as interesting enough, as challenging enough - they think they need to end it in a “surprising” or “sudden” way in order for it to be groundbreaking. They think they need to “push boundaries” without recognizing that they are fundamentally altering and destroying the map that they have spent all this time painting.

I’m not saying I have to LIKE how something ends, or that all of my favorite characters have to live or whatever. But I AM saying that an ending is drawing a thesis line through your entire work. And recently the thesis for many, many shows/movies/etc has been - “you were a fool for caring about these characters”.

Anyway art survives its creators when it tells a story that feels honest and human in the audience it is talking to - not when it is only a monument to the artist’s ego. And the ending tells us - how heavy is the story we are carrying? And how much was this story a farce? And where will we let go?

I feel like they’re going to have lectures about this very issue in the distant future, once this shitty pattern resolves itself and some time has passed. Professors will point to popular media around the turn of the millennia on their holographic projectors and expound the creative slump that led to “subverting expectations” and grim-dark endings.

Also,our grandchildren will wonder why we’re so leery of the new Song of Ice and Fire series that they love so much, and then cringe when we explain what happened to Game of Thrones. This method of writing is making us all lose faith, interest, and any sense of hype for TV shows, movies, games, books, etc.