22, they/them. Sir, these are my emotional support characters

We looked inside some of the posts by grousemouse and here's what we found interesting.

STOP WHAT YOU’RE DOING AND LOOK.

That’s all, have a nice day

dick is absolutely 100% a stinky older brother but with damian his parental/dad instinct takes over like “jesus take the wheel” but “damian is baby i Can’t”. this isn’t to say he doesn’t tease and banter with him all the time but he’s never done some of the meaner things/instantly regretted it so hard he could never do it again

A lil doodle collection of Batman Beyond! I’ve just started reading the comics and I love Matt and Terry’s relationship so much 🥺

Quick warm up sketch of our little demon chamacho 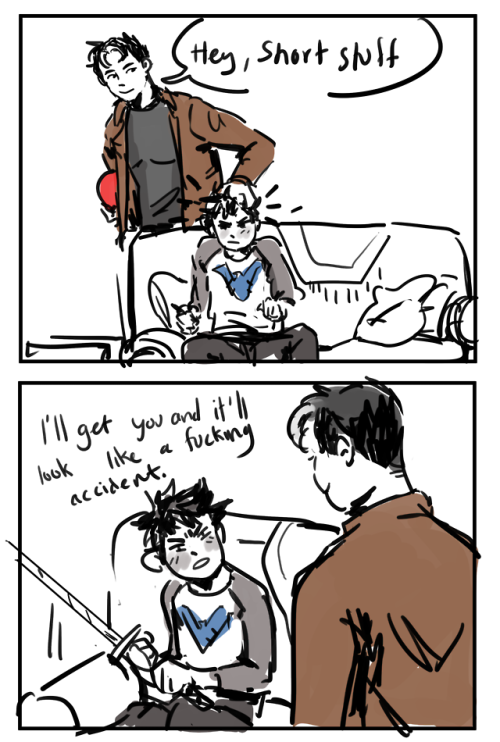 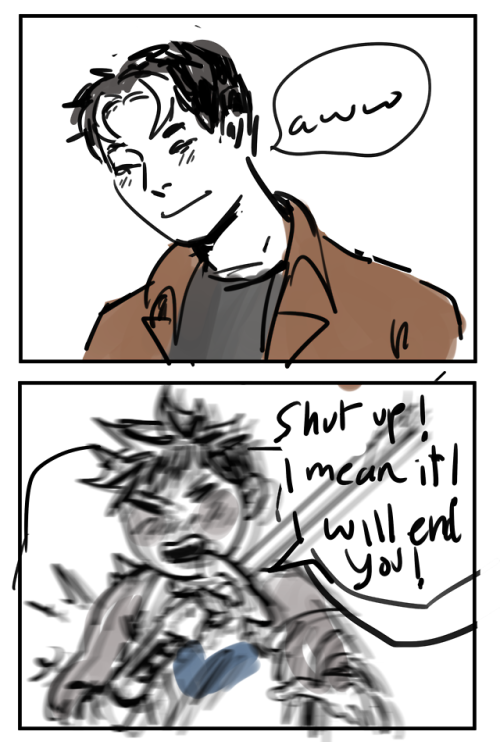 a reimagining of Dick and Damian’s reunion in Grayson #12. inspired by this post by @hood-ex

Everything must be finally getting to him, Dick thinks, because that’s Damian across the way, staring at him wide-eyed. 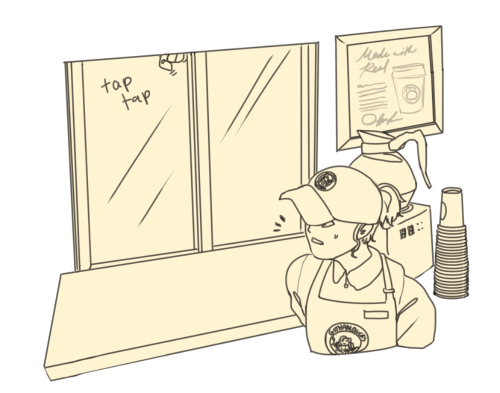 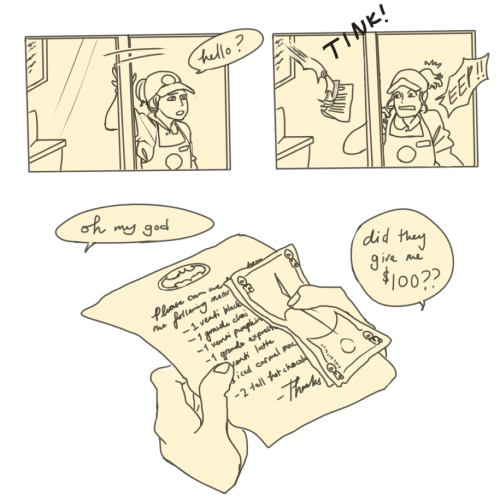 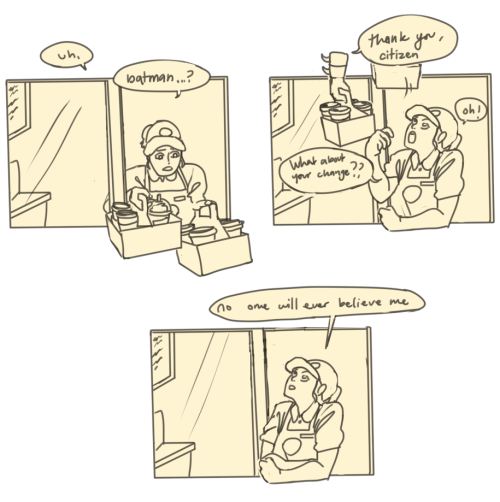 Dick and Damian "kisses on the nose" please? (Ignore it if you wanted romantic pairs :P)

i’m good for either platonic or romantic. have some good mischievous platonic kisses on the nose!

Dick is staring at Damian. His face is carefully blank. It’s the first thing Tim notices when he walks into the kitchen, and it has him slowing down and stopping in the entryway.

The second thing he notices is that Damian is glaring right back, face an angry shade of red that Tim had thought no one but Tim himself could invoke.

The third thing—the two of them are on opposites of the kitchen.

Basically, Tim has walked into warfare. He should probably walk out.

Of course, because he’s too morbidly curious for his own good, Tim does not walk out.

Dick makes an aborted movement forward. Damian sticks up a finger, pointing it at Dick as he hisses, “Don’t you dare.”

What happens next is over and done within thirty seconds. There’s barely a half of a second between Damian speaking and Dick vaulting over the counter. Damian screeches. Dick laughs. Tim’s sure there are even a few swings thrown here and there.

The outcome is predictable, though, because despite Damian’s long training period and boasts of superiority, he doesn’t have Dick beat.

Dick grins triumphantly from where he’s got a wriggling, cursing Damian captured in his arms.

And without any prompt whatsoever, Dick presses two quick, seccessive kisses to Damian’s nose, and somehow—somehow—Damian’s face goes even redder.

Tim snaps a picture before he can think about it, and Dick’s eyes light up with mischeif.

Dick yells, “Timmy! You’re next! All little siblings are required to get a kiss on the nose!”

Tim starts to back up, raising an eyebrow. “No?” 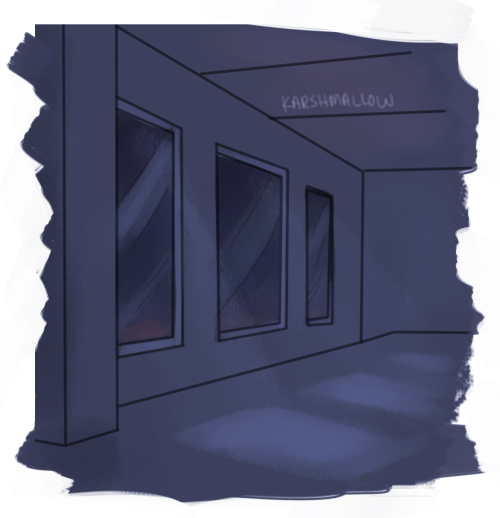 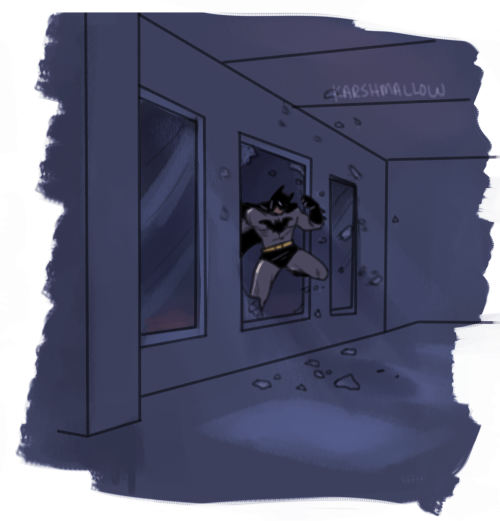 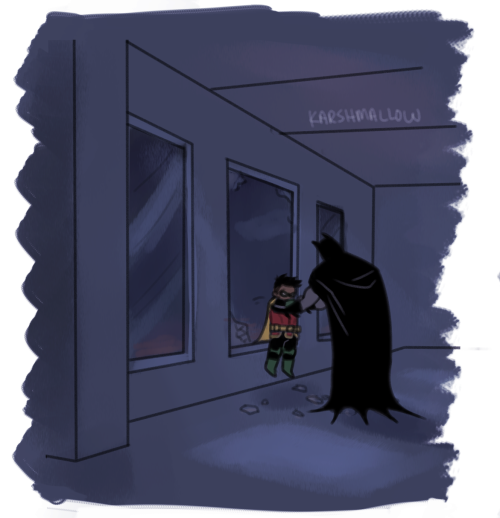 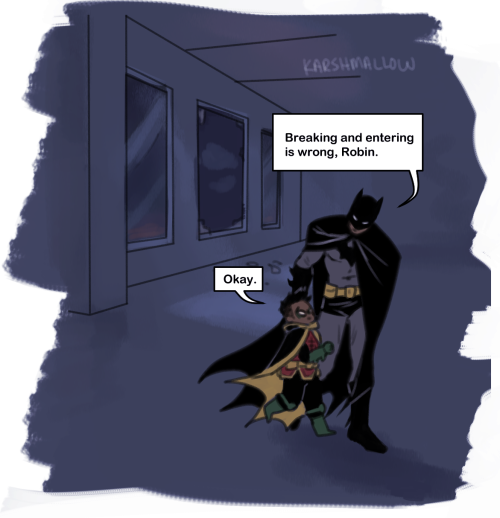 here’s my contribution for the night; Matt’s adventures in pillow acquisition, 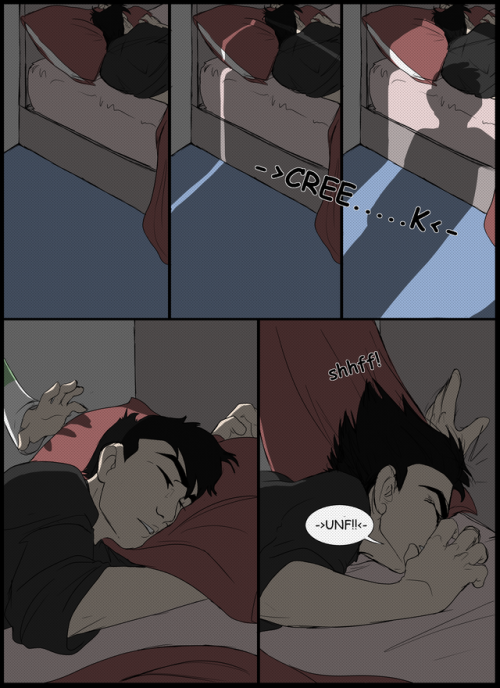 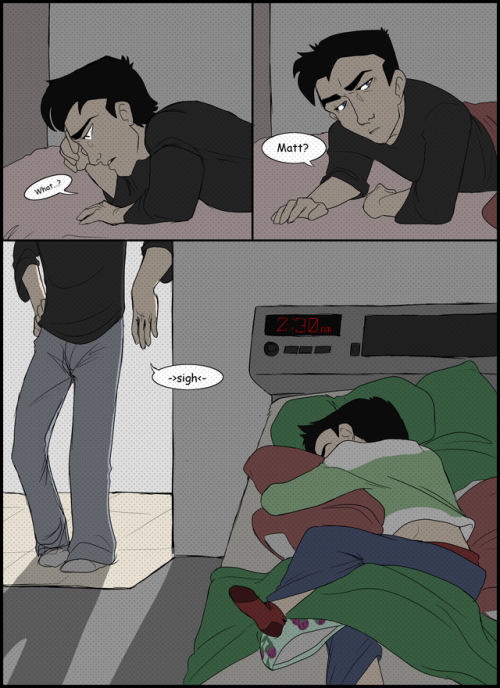 [In the middle of a gang fight] 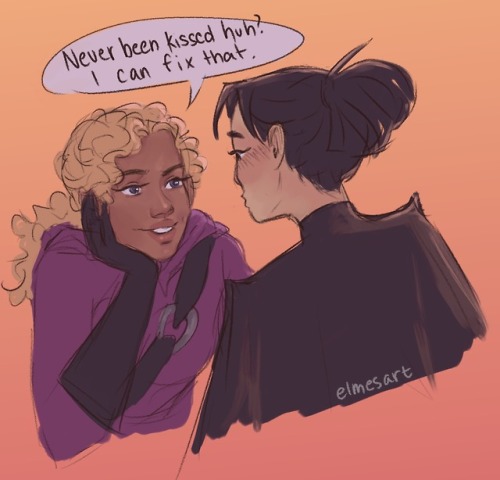 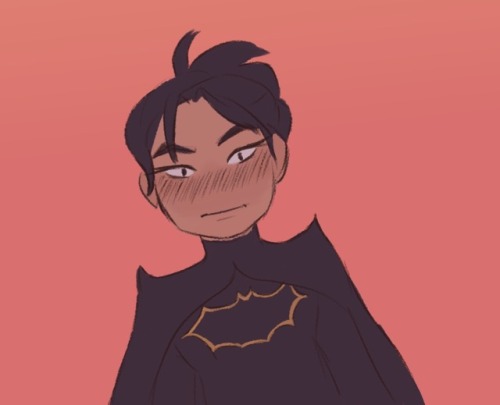 Dick: sometimes Damian talks in his sleep. Its adorable.

Damian, asleep next to Dick: fight me….I dare you……..i have a knife, bitch…….that’s..thats what I thought…….hmmmm

Jason, jumps: JESUS- what- what do you want??

Damian: *slaps Jason’s face with the book* Tell me a story!

Jason: Damian, it’s fucking 3am why are you even awake-

Damian: *with tears in his eyes* You said you would tell me a story!! *sniffs*

Jason, sitting up: Hey, hey don’t cry you’re gonna wake Alfred!! Sheesh gimme that. *snatches the book* Just so you know, I won’t let you sleep with me if you get scared because you got the wrong book, it’s Grimm brothers.

Damian: *snuggling to Jason, hugs his arm* We’re brothers too.

Jason: *with an armful of Damian* I knew this would happen.

Have some hurt/comfort without the hurt :)

There are certain instincts that every human being has. Some of those instincts are stronger than others, and some are made stronger by life experience. Tim likes to think he’s always had pretty good instincts, but he can’t deny that becoming Robin dialed them up to about a thousand. Seven years ago, if he heard a scream, he would have felt the appropriate alarm, maybe even tried to help (as much as a twelve-year-old could). But now, he’s up and running toward the sound—game controller abandoned, game not even paused—before his brain has even fully processed what he heard.

When it does, he freezes halfway down the hallway. Alfred is down in the Cave, Batman and Black Bat are out on patrol, Nightwing is in Bludhaven, Red Hood is probably causing chaos somewhere. Tim and Damian are the only ones currently in the house. The very secure, wired-with-a-dozen-alarms-that-would-have-pinged-on-his-phone house. Intruders are unlikely. Plus—and it’s an important part of why he stops to think—the scream came from Damian’s room.

So Tim hesitates. Long enough, apparently, for Damian’s bedroom door to open and the kid to stumble out, then come to an abrupt halt when he finds Tim lurking in the hallway.

“I, um, I heard you shout,” Tim offers awkwardly. “Nightmare?”

Damian won’t look at him. It’s as good an answer as if he’d held up a flashing billboard saying YES in bright, capital letters.

“It was nothing,” Damian says anyway. 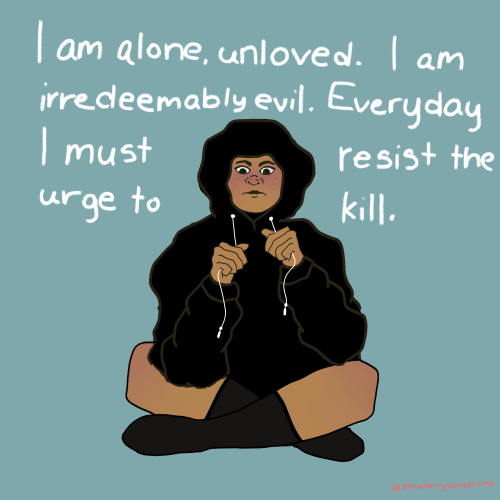 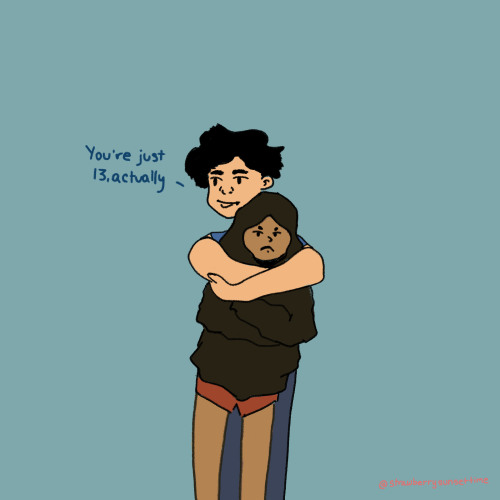 Reblog if you agree. 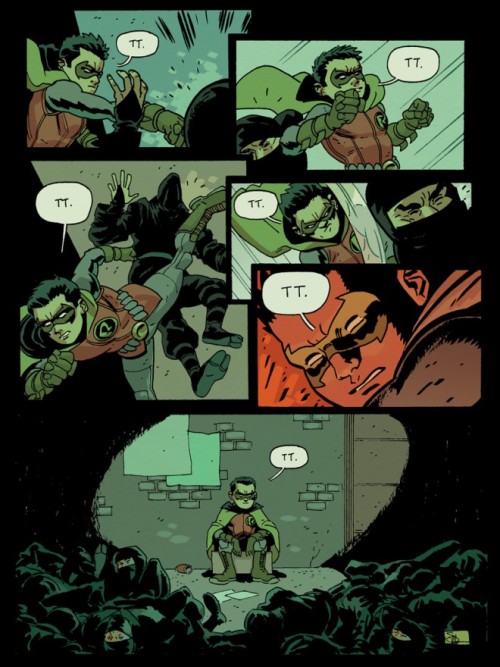