On this blog you can follow my dogs, Toby the dachshund mix and Zelda & Inara the Shelties. I also share some of my photography of various other dogs (and sometimes other animals)

We looked inside some of the posts by hadissima and here's what we found interesting.

Hadn’t planned to go the seaside but woke up mid-week & thought “why not?!”… so had a little day trip!

We’ve not visited for over a year but as the train approached the final station, Barney suddenly got up & started wagging his tail, pulling to get to the doors, sniffing at the scent of the sea breeze coming in through the window… & once we arrived, he enthusiastically lead the way down to the sea - I think Barney remembered the route better than me!

Nothing brings out the puppy in this old dog like a trip to the sea! He runs, he barks, he plays fetch, he rolls around & digs in the sand & barks some more. He did get tired quite quickly on this visit & took a few breaks between playtime but it was so good to see my dear old friend have so much fun :) 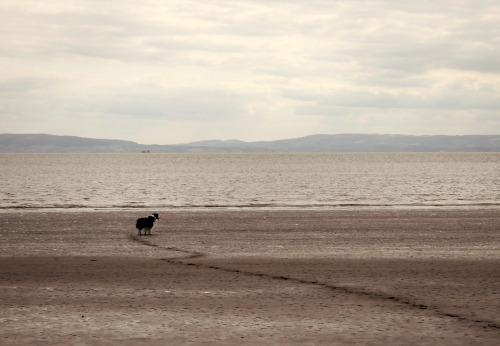 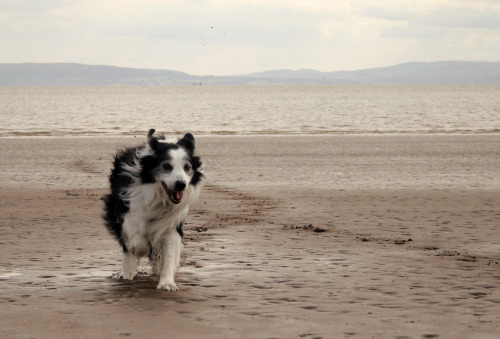 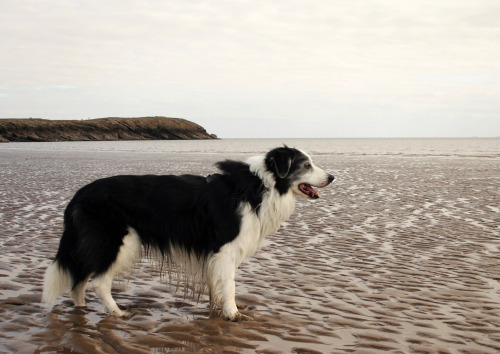 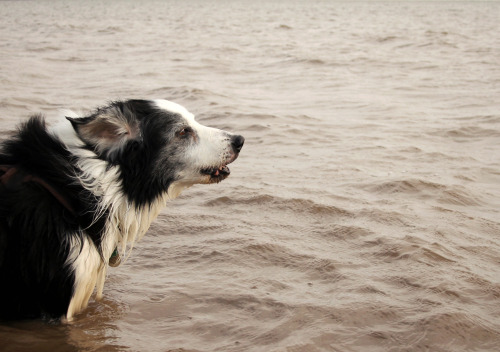 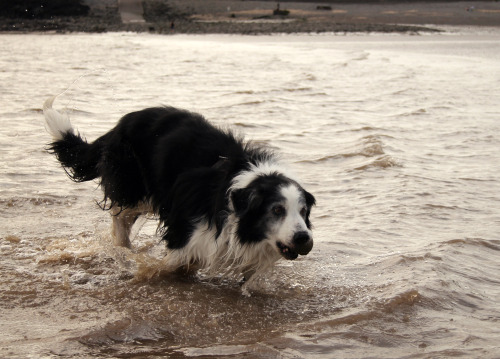 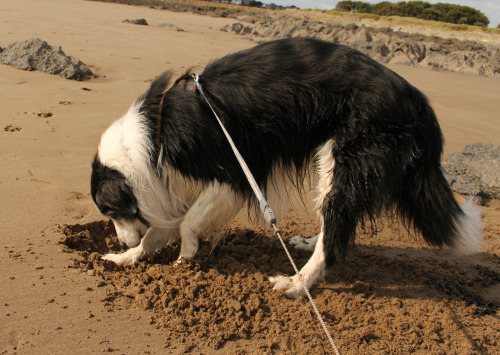 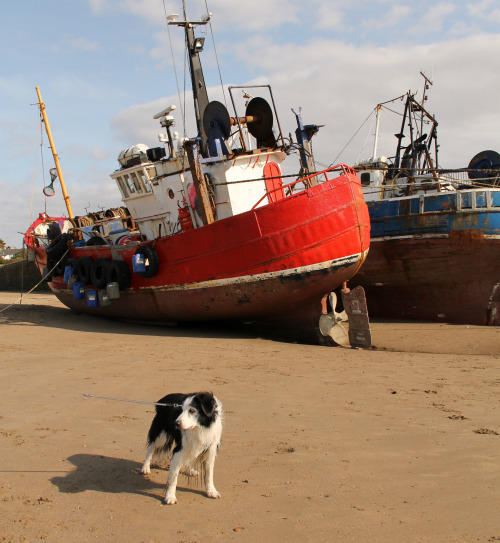 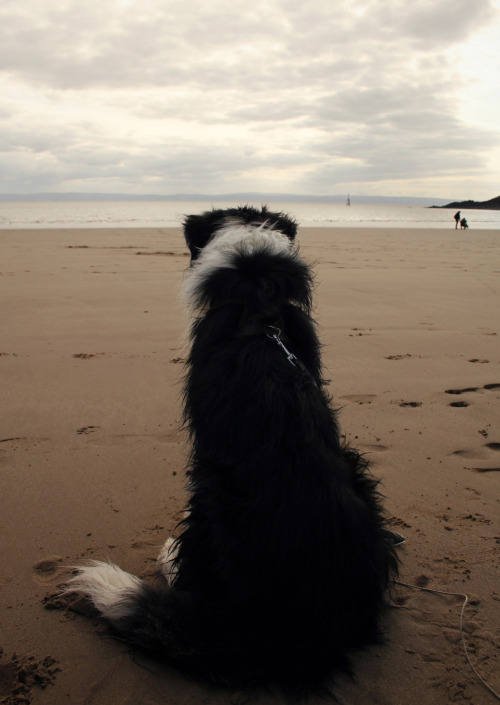 My favorite thing atm is how the whole of Austria is cpming together to mock Trump for his statement that we live in forest cities and have explosive trees. Indivuduals, companies, there’s so many memes!

What a country to live in.

me: has a dog hair on my thumb

me: wipes hand on shorts to get the hair off

me: now has Many dog hairs on my Entire Hand

Finally found Inara a muzzle she doesn’t hate and can actually pant in! Any ideas on what I could use to color or decorate it? They only had red and black and I’m not happy with either 😂

Update: she doesn’t care about wearing the muzzles and will happily do her tricks while wearing it, but has absolutely no patience for me trying to get treats inside for her. She needs them NOW

Finally found Inara a muzzle she doesn’t hate and can actually pant in! Any ideas on what I could use to color or decorate it? They only had red and black and I’m not happy with either 😂

A snapshot after agility practice…

I hate that I have to tape* Quinn’s ears. HATE it. The plan is to breed her to a stud dog with really good ears though, so hopefully it’s just a one-off. (If she solely belonged to me, I would probably put her in a pet home over her ears…. but I’m not the. only decision-maker for her. So here we are.)

italics for a fixed typo

I am the sole owner of my two dogs I currently have and will be the sole owner of the hypothetical third and so I’m allowed to make this the hill I die on because I don’t have to listen to what anyone else tells me to do with my own dogs. And when I’m in the market for a doberman again, I’m not touching those ears at all, and if they fly then they fly I literally do not give a shit.

Oh, you know me, it takes a lot to offend me and I’m always open to discussing my dogs’ faults. I’m also completely honest about any corrective grooming or alteration I do to them, and will tell anyone who asks.

What confuses me is that whippet people seem to take a lot more issue with Quinn’s missing pigment than they do her flyaway ears. The standard states:

Rose ears, small, fine in texture; in repose, thrown back and folded along neck. Fold should be maintained when at attention. Erect ears should be severely penalized.

So…. why is everyone up in arms about Quinn’s eye rims, when her ear faults are the more severe of the two?

To put it in terms of food, because I’m really fucking hungry right now… Mashed potatoes are desirable. Soggy bacon should be severely penalized. Based on these two statements, which food do I hate more - potatoes au gratin, or soggy bacon?

Maybe the missing pigment is actually a big breeding fault, at least in Shelties it is (I don’t know enough about Whippet standards). It’s not something you control on that individual dog anymore, the dog either has it or doesn’t, so if you penalize it or make it a factor for disqualification you lose quite a lot of breeding stock, but it needs to be accounted for in breeding.

The ears you can control though, by taping, and if taping doesn’t help I guess they are so bad that they should be penalized?

Also the way the ear position is inherited seems inconsistent to me. I make no secret of my dogs ears. Zelda’s ears were taped, the ears of the stud dog I used were (and still are, he’s 5 I think) taped, yet Inara has perfect natural ears. So taping them doesn’t seem bad to me as long as you have plans to try and better them (I didn’t actually care for ears with this litter, I wanted a working dog. Plus prick ears aren’t a DQ in Shelties, at least not in my country). And it’s not like it’s a big thing, putting a piece of gum on the tip of the ear for a few weeks, I don’t think Zelda even noticed it