a million candles burn in you, vita

We looked inside some of the posts by hardfeelingsmp3 and here's what we found interesting.

me @ every woman out there.

#my actual everything, #vita and virginia
4K notes · See All
hardfeelingsmp3·a year agoPhoto

#she was so extra in this panel i was just watching like, #give me a break woman!! what tbe fuck, #the first one is wow, #and gemma asking for the kiss, #and elizabeth smiling and giving her the kiss, #i feel so many things wow!, #elizabeth debicki, #gemma arterton
2K notes · See All
hardfeelingsmp3·a year agoAnswer

oh my god i had never heard of her before her casting was announced and i didn’t care much at first and then i found out how tall she is and THAT fucked me up and then interviews and stuff and wow finally seeing the movie and her first scene……. i swear to you That was the meaning of love at first sight and i mean for vita AND me

you have to see the movie it’s going to be a religious experience for you her acting is as stunning as she is!!!!!! just brilliant

“I am too muzzy-headed to make out anything. This is partly the result of dining to meet the lovely gifted aristocratic Sackville West last night at Clive’s.”

“–knows everyone– But could I ever know her?”

“the aristocratic manners is something like the actresses–no false shyness or modesty: a bead dropped into her plate at dinner–given to Clide–asks for liqueur–has her hand on all the ropes–makes me feel virgin, shy, & schoolgirlish.”

“She is a grenadier; hard; handsome, manly; inclined to double chin.”

“She is a pronounced Sapphist, & may, thinks Ethel Sands, have an eye on me, old though I am. Nature might have sharpened her faculties. Snob as I am, I trace her passions 500 years back, & they become romantic to me, like old yellow wine.”

“All these ancestors & centuries, & silver & gold, have bred a perfect body. She is stag like, or race horse like, save for the face, which pouts, & has no very sharp brain. […] But as a body hers is perfection.“

"But its the breeding of Vita’s that I took away with me as an impression, carrying her & Knole in my eye as I traveled up with the lower middle classes, through slums."

"Vita was here for Sunday, gliding down the village in her new blue Austin car, which she manages consummately. She was dressed in ringed yellow jersey & large hat, & had a dressing case all full of silver & night gowns wrapped in tissue.”

“But I like her being honorable, & she is it; a perfect lady, with all the dash and courage of the aristocracy, & less of its childishness than I expected.”

“But she has shed the old verbiage, & come to terms with some sort of glimmer of art; so I think; & indeed, I rather marvel at her skill, & sensibility;”

“Vita, to attempt a return, is like an over ripe grape in features, moustached, pouting, will be a little heavy;“

"meanwhile, she strides on fine legs, in a well cut skirt, & though embarrassing at breakfast, has a manly good sense & simplicity about her which both L. and I find satisfactory. Oh yes, I like her; could tack her on to my equipage for all time;”

“With Vita we discussed the murder of Mr Joshua, Ottoline, literature. Then she took us to Charleston –& how one’s world spins round–it looked all very grey & shabby & loosely cut in the light of her presence."

"I like her & being with her, & the splendour–she shines in the grocers shop in Sevenoaks with a candle lit radiance, stalking on legs like beech trees, pink glowing, grape clustered, pearl hung. That is the secret of her glamour, I suppose.” […] There is her maturity & full breastedness […] her being so much in full sails on the high tides, where I am coasting down backwaters; […] her capacity I mean to take the floor in any company, to represent her country, to visit Chatsworth, to control silver, servants, chow dogs; her motherhood, her being in short (what I have never been) a real woman. […] Then there is some voluptuousness about her; the grapes are ripe, & not reflective. No. In brain & insight she is not as highly organised as I am. But then she is aware of this, & so lavishes on me the maternal protection which, for some reason, is what I have always most wished from everyone.“

“She is not clever, but abundant & fruitful; truthful too."

"Vita is a dumb letter writer, & I miss her. I miss the glow & the flattery & the festival.”

“Her address was read in sad sulky tones like those of a schoolboy; her pendulous rich society face, glowing out under a black hat at the end of the smoky dismal room, looked very ancestral & like a picture under glass in gallery.”

“Vita was very opulent, in her brown velvet coat with the baggy pockets, pearl necklace, & slightly furred cheeks. (They are like saviours flannel, of which she picked me a great bunch, in texture) […] Of its kind this is the best, most representative human life I know: I mean, certain gifts & qualities & good fortunes are here miraculously combined–I liked Harold too.”

“Vita very free & easy, always giving me great pleasure to watch, & recalling some image of a ship breasting a sea, nobly, magnificently, with all sails spread, & the gold sunlight on them.”

“Thus it has been a free quiet summer: I enjoyed the Eclipse; I enjoyed Long Barn; (where I went twice) I enjoyed sitting with Vita at Kew for 3 or 4 hours under a cloudy sky & dining at the Petit Riche with her […] she refreshes me, & solaces me;”

“Vita very gallant & wild & tossing her head & taking me to the Zoo & saying she was wild & free & wd. make her money now herself by writing.”

“Vita as usual like a lamp or torch in all this petty bourgeoisdom; a tribute to the breeding of the Sackvilles, for without care of her clothes she appears among them <in all the sanity & strength of a well-made body> like a lampost, straight, glowing. None of us have that; or know not how to carry it”

“A queer trait in Vita–her passion for the earnest middle-class intellectual, however drab & dreary.” (this tantrum’s about Hilda Matheson)

“Then L. met us, punctually at 4 […] & we sat on some prickly holly leaves on the heath & talked to Vita about Harold’s letter. He says her poems aren’t worth publishing. She is very calm & modest, & seems not to mind much–a less touchy poet never was.”

“She was very much as usual; striding; silk stockings; shirt & skirt; opulent; easy; absent; talking spaciously & serenely to the Eton tutor, an admirable young man, with straight nose & white teeth who went to bed, or to his room, early, leaving us alone.”

“Something happens in my mind. It refuses to go on registering impressions. It shuts itself up. It becomes chrysalis. I lie quite torpid, often with acute physical pain–as last year; only discomfort this. Then suddenly somethings springs. Two nights ago, Vita was here; & when she went, I began to feel the quality of the evening–how it was spring coming: a silver light; mixing with the early lamps; the cabs all rushing through the streets; I had a tremendous sense of life beginning; […] Well, as I was saying, between these long pauses […], I felt the spring beginning, & Vita’s life so full & flush; & all the doors opening; & this is I believe the moth shaking its wings in me.“

"My map of the world lacks rotundity. There is Vita. Yes–She was here the other day, after her Italian tour, with 2 boys; a dusty car, sand-shoes & Florentine candlepieces, novels & so on tumbling about on the seats.”

"The other night, sitting on the floor by my side, Vita suffered considerably from jealousy of Ethel. […] She praised her, stoutly, but bitterly. She has all the abandonment that I, living in this age of subtlety & reserve, have lost. She claims you; rushes in where I force myself to hold back. […] When Hugh was here he said casually that he had met Ethel at tea.” [earlier that day at Monk’s House]. “Such agony went through her she could not speak. And I noticed nothing; & in my usual blind way, made my usual mocking joke. This V. took seriously & brought out my letter for me to read.” 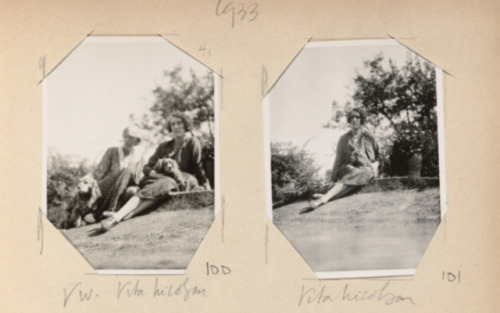 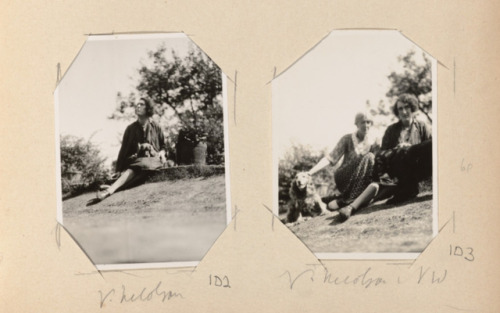 the energy that elizabeth debicki exudes is just otherworldly….as if she knows all the world secrets and is secretly laughing at everyone else’s mediocrity because she is a literal 6’3” GOD walking amongst us.

#but also she looks SO SWEET, #her energy. i hve no words to describe what i feel, #just wow, #elizabeth debicki
516 notes · See All
hardfeelingsmp3·a year agoText

#elizabeth...... would you PLEASE step on me, #vita and virginia
1K notes · See All
hardfeelingsmp3·a year agoPhoto

The writing room of Vita Sackville-West in the the tower at Sissinghurst Castle. There is a framed photograph of Virginia Woolf on the desk. Vita had been keeping it since 1926. 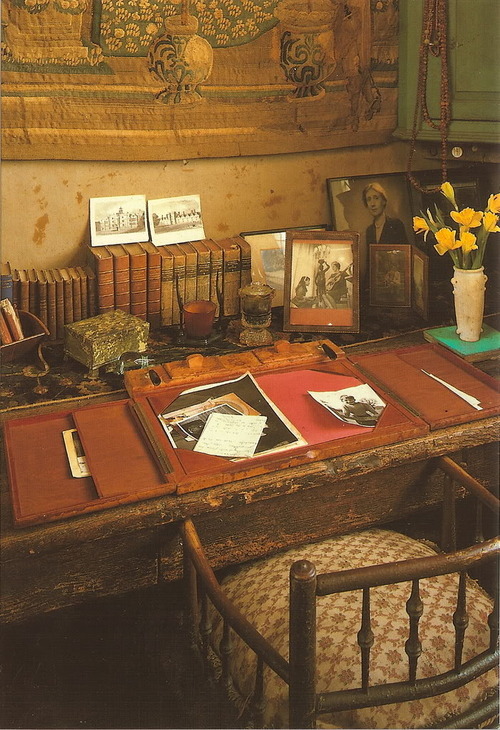 “The combination of that brilliant brain and fragile body is very loveable. She has a sweet and childlike nature, from which her intellect is completely separate. I have never known anyone who was so profoundly sensitive, and who makes less of a business of that sensitiveness.”

Elizabeth Debicki and Gemma Arterton for the Vita and Virginia Q&A at the Toronto International Film Festival, September 2018.

#them walking in holding hands KILLS ME, #elizabeth is SO TALL and SO gorgeous, #gemma is also quite tall but elizabeth makes her seem tiny, #and so so excited and happy, #gemma 😭😭😭 was so happy this project paid off, #elizabeth debicki, #gemma arterton
1K notes · See All
hardfeelingsmp3·a year agoPhoto

I’ve heard reports of her madness. / Madness? What a convenient way to explain her genius. 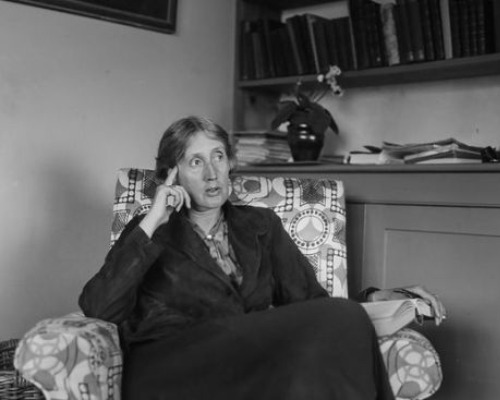 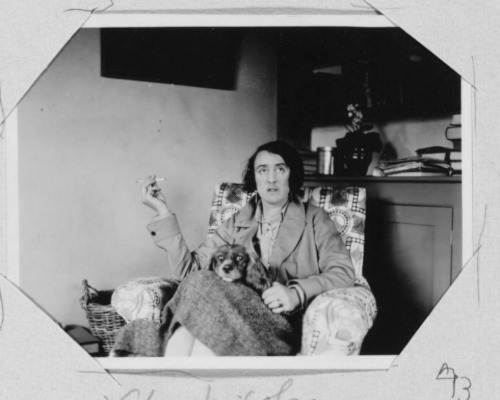 - I promised Leonard I’d have you in bed by 11, and I always try to keep my promises… - I can’t even think of sleeping.

#please remember that when they shot this, #the kiss lasted so long they were both just LIVIN IN IT, #and when the director called cut they jumped, #thank you, #vita and virginia, #this kiss is perfect it’s not shy or weird like other actresses have done and it’s kind of desperate they go back and forth i love it
5K notes · See All
hardfeelingsmp3·a year agoPhoto

Virginia Woolf sent Vita Sackville-West a dummy copy of the first edition of To The Lighthouse, on publication day, 5 May 1927. It was inscribed ‘In my opinion the best novel I have ever written.’ All the pages were blank. A few nights later she kept herself awake worrying that Vita might not have seen the joke, and sent an anxious note to ‘Dearest donkey West’: ‘Did you understand that when I wrote it was my best book I merely meant because all the pages were empty?’ Immediately Vita replied: ‘But of course I realised it was a joke; what do you take me for? A real donkey?’ She followed this with an effusive letter of praise for the ‘real’ To The Lighthouse: ‘Darling, it makes me afraid of you. Afraid of your penetration and loveliness and genius.’

OK BUT THIS OUTFIT OF VITA SACKVILLE-WEST?????

I want it and does anyone have better pictures 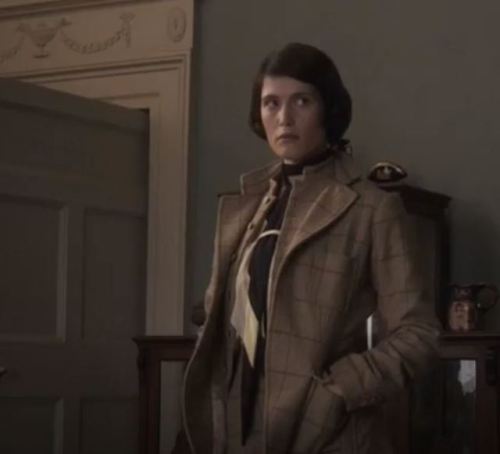 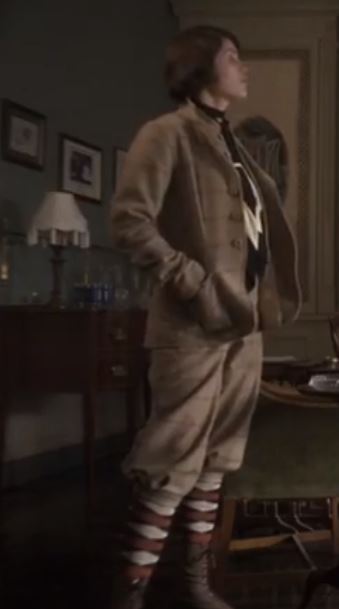 #this is the vita who signed letters as ‘your orlando’, #vita and virginia
44 notes · See All
hardfeelingsmp3·a year agoText

#‘sapphism and the subversiveness of virginia woolf’s orlando’ is such a good read, #julia.txt, #i will reread orlando as soon as i’m done reading so many works ABOUT it or abt virginia, #and then i’ll probably understand it so much better and appreciate it more
16 notes · See All
hardfeelingsmp3·a year agoText

“I am at the mercy of people, of moods, feel lonely,”