Hi I'm Haro and I like to hurt characters

And then I like to tenderly, gently, comfort them back to health Zred Glossary, Zred Masterlist, Box Boy Masterlist, Group Whumpees Masterlist There is content on this blog that is inappropriate for those under 18, and potentially undesirable to those over it. Proceed with caution, and mind the warning labels

We looked inside some of the posts by haro-whumps and here's what we found interesting.

GUYS I GOT MY TABLET TODAY.

Im so so excited! It feels like christmas! Thank you so much for your support! ;0;

Im still getting used to it, so help me practice? Send me your/a character and Ill do a lil sketch of them! :D (just reblog this post with your refs)

Greyson? He’s got a pretty distinctive face shape and I’d love to see him in your style!

a/n: Takes place a few days after this. Start here. Masterlist here. This one is pretty rough. Be careful and heed the warnings.

“Usually I just turn on the radio while I work in here but I’m in the mood for something different tonight,” Josiah declared while sliding a wooden crate, filled to the brim with countless VHS tapes, out from it’s spot under the workbench. It’s existence was a horrible treat his tormentor was more than happy to spring on him for the first time tonight. Hurriedly he rifled through the contents of the box, stopping occasionally to read some of the labels aloud. There was a nostalgic longing in his voice. “Honey Bee. Texas Red. Turtledove.” Stacking those aside while he searched for a particular favorite. A tape labeled BIG BOY 6 was wedged at the bottom underneath one titled SUNSHINE. “Ah. Here it is.”

PLAY flashes as the blue screen turns to black before the video starts. A snuff film. The black combination TV/VCR sat atop a shelf, papers were stacked on top of it arbitrarily. A brawny naked man who looked like he should have been an American Gladiator named Rhino stood alone in the frame. Broad shouldered and hairy, his sweaty dark hair hung down past the nape of his neck. Thick scars zigzag across his back, layered over each other. He’s slightly hunched over, clutching his right hand to his side. His head turned to the side, unfocused eyes pointed at the floor. Big Boy is the only name Josiah calls him in the homemade video tape. The date MAY.17.19. etched into the bottom right corner.

burgers that steal your IQ points 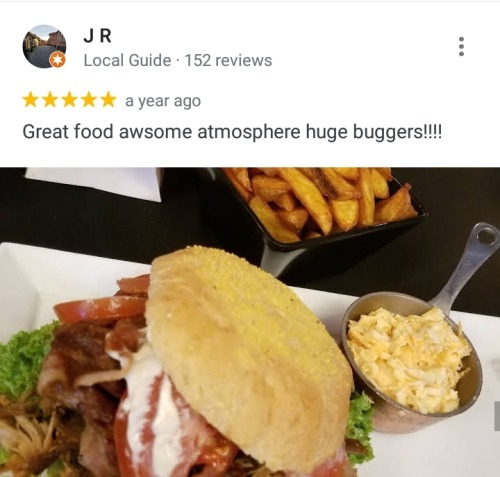 90% of my writing experience is doing this 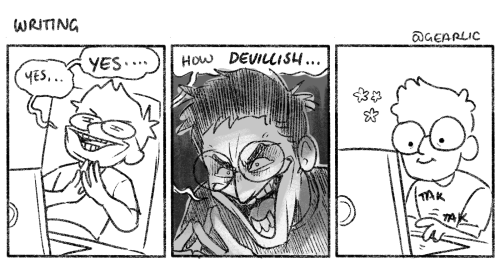 TIMELINE: The summer before Chris begins attending college, shortly before Oliver Branch goes to trial for essentially accepting bribes for a Senate seat.

The voice hasn’t changed at all in the past few years, maybe just gone a little deeper. The soft, slight southern drawl is still there, genteel rounded consonants, drawn out vowels.

He still dreams about that voice. It still sends shivers down his spine, not all of them from fear.

“Is that who I think that is?”

Chris feels his heart start to pound under the fabric of his t-shirt, and he dips his head low, as though he hasn’t heard, as though he won’t be seen.

It’s been four years of therapy and building himself a whole new identity and learning to be a person again since the night he was rescued, but even still some traitorous impulse deep inside of Chris thrills at the sound of his Sir.

He’d been scrolling through his phone, waiting for Jake to finish up inside the store. He’s just been out here reading about campus life, researching dorm room checklists, taking a deep breaths as they took step after step after step towards Chris being an independent adult and not a dependent rescue.

He’d come out to soak up a little bit of the warm sunlight, feeling its heat soaking into his hair - strawberry blond at the roots, faded blue around the crown of his head, long enough to graze his shoulders with the deepest ocean teal only at the ends. He has it pulled back, caught just at the nape of his neck with a little clip to keep it out of his eyes.

He wishes, as he listens to the familiar sound of the same fine leather shoes stepping crisply along the pavement, that he’d left his hair loose so he could hide behind it now.

Chris’s chin raises, his head turns. He’s not sure who makes the choice to do that - it doesn’t feel like he’s the one who controlled the movement.

Would you ever write Nyla x Sasha while Galo is their master? I just want my girls to be happy and gay together :’(

I might do a spinoff of it if the mood strikes, but probably not. Then again, I do LOVE my feelings messy and complicated, so who knows

oh oh oh! would you ever write...Galo and Nyla hooking up (romantically &/or sexually) even far in the future?? 👀💕👀💕👀

yes :3 They’re cute and I love them

#I'm the author and I get to make the endgame pairing, #answers, #thanks!, #galonyla, #galo, #nyla, #gw, #icannotweave
10 notes · See All
haro-whumps·4 days agoAnswer

Ooo this game looks fun! Let’s see. Would you ever write.... Greyson with a significant other that hasn’t horribly abused and enslaved him and his family? (I like my boy Greyson. Just let him be happy pls)

Probably not! It’d be very AU, and it takes me forever to write the projects I’m already on :P

He does deserve to be happy though

#not that I'm gonna let that happen but he DOES deserve it, #answers, #greyson, #thanks!, #applepieandacherrycoke
8 notes · See All
haro-whumps·4 days agoPhoto

I didn’t follow it word by word but this is another one based on a scene from a Dragon Aage FanFic,  Lyrium’s Hold written by TaraF.
Although I’m a beard person..I like this scene quite a bit.. for number of reasons….=w= <3
(…back to work) 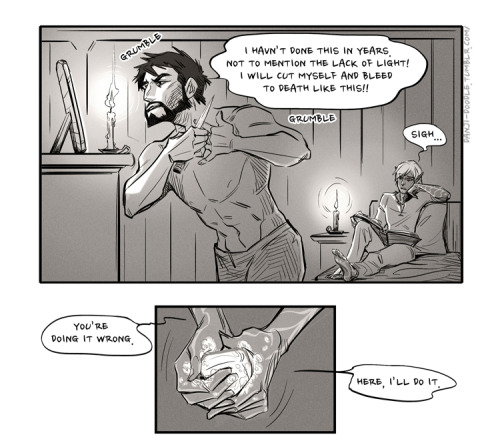 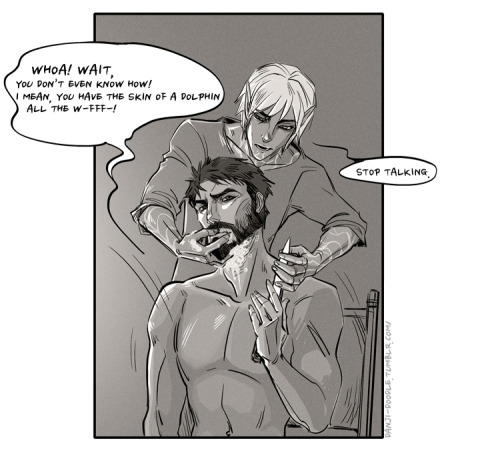 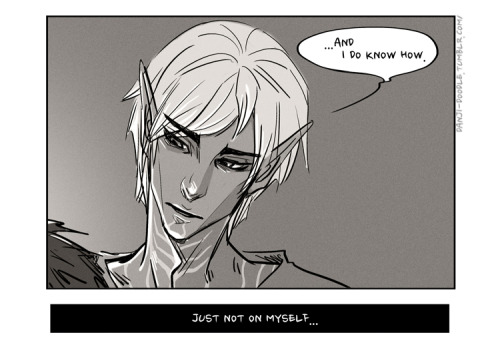 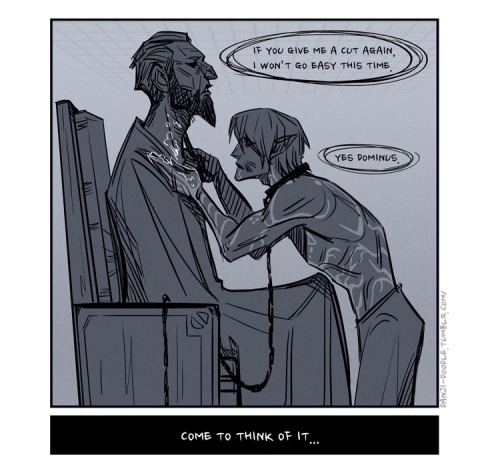 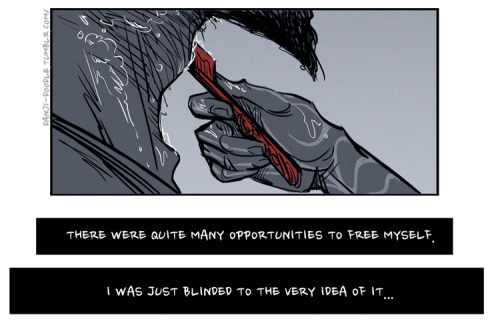 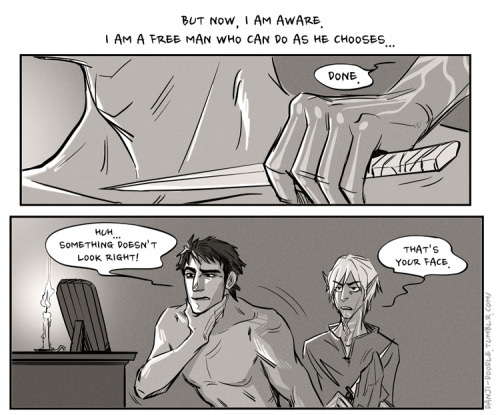 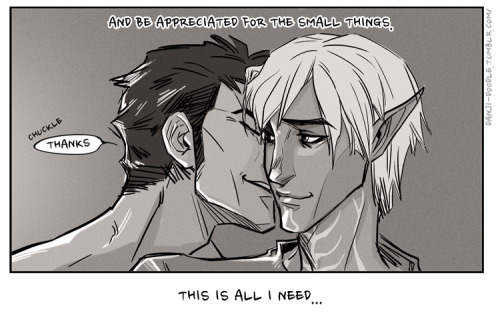 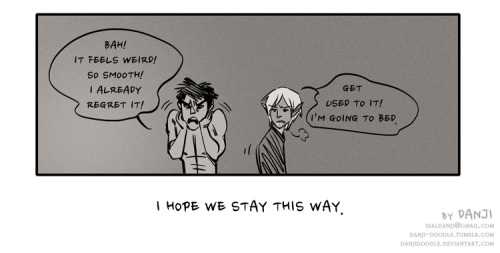 #ugh this is one of my FAVORITE comics, #others, #art
33K notes · See All
haro-whumps·4 days agoAnswer

Hey! First off, absolutely LOVE your art! I'm usually not into drawings but the few ones of yours I've seen I really like! That being said, would you agree to draw a little something for the gun Drabble btwn @deluxewhump's Cam and Zee? Please?

That´s quite the compliment you´re giving this goblin! Thank you! Glad to hear it isn´t just… a waste. Anyways, Thank you so much!

That´s why I had to nag @deluxewhump so much with how Cam looks. (Thank you so, so much!!)

Tricky thing to do while trying to not get busted, so I hope you enjoy this!

Send me an ask that says “Would you ever write…” and continue the sentence.

I’ll respond with yes or no and give an explanation as to why if I want to.

Paxtons former owner had kind off a tough day and needed to de-stress a bit.

Also, I’m sorry that the next update will take a little and this vent art is all I can give you right now.
I’m currently working on a comic project I want to send to some publishers in two months and its eating a lot off my time and energy.
(I just tire more easily right now and my anxiety is giving me a bit shit)
But I have the storyboard for the next chapter already finished and when the other project will be sent away I have a lot of time to work on the bb comic while waiting for replies from publishers. So stay tuned :) 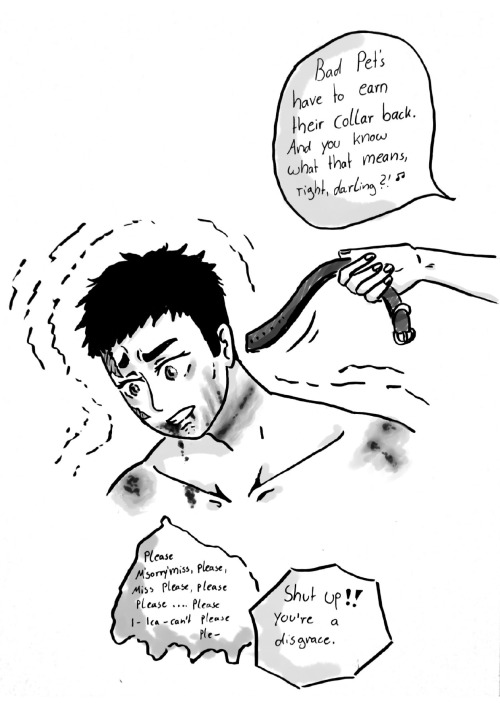 I love love how developed your group whumpee characters are, and it makes me so invested in all of them. and I love how you write both really angsty whump and light, really funny moments, like Evan and Galo in the last one. you do pacing and scene-setting so well too, like I can picture Bethany’s mansion and grounds, as well the scenes you write. You’re a rly good writer! I always get super excited when I see an update!! :D

*cries in emotional* THANKS

Aside from literally everything?

Wow, I think there is actually nothing I don’t like.

But real talk, your stories kick ass. Thank you for sharing them.

#@everyone who's responded i love you, #convo
28 notes · See All
haro-whumps·6 days agoAnswer

what do i like i about your stories?? what i fucking LOVE about your stories is how you develop 👏 your 👏 characters!!! 👏 the white-hot core of good whump is good characters & hoooooooo boy you’ve got that down! i ADORE your characters!!! they’re complex, funny, terrified, terrifying, fucking heartbreaking. your emotional whump is fucking...raw & beautiful & it pushes me in the gut every time. whump? PERFECTLY DESCRIBED. whumpers? scary as FUCK 11/10. whumpees? 😍😍😍 you? fucjing ICON 💖💖💖

*rolls around and squees* thank youuuuuu 💖💖💖

Does everything count? For the sake of being specific you are fantastic and creating believable characters that feel real and human. They never feel like they’re saying things because they need to for the sake of plot or act in certain ways because the story needs them to. All of them feel like genuine people and it makes them and their suffering (or infliction of suffering) that much more compelling and fun to read. Also specifically for GW you’ve turned miscommunication into an art form.

AAAAA Thank you so much!!! 💖💖💖 That really means a lot to hear because character and voice are the things I pride myself on and just AAAAAAA

ALso oh my god you’re totally right GW is just one long drawn out miscommunication trope… like I KNEW that but hearing the word actually said… *puts head in hands* am I successfully making a hated trope… good???

#like in most media i absolutely hate the miscommunication trope but thats ABSOLUTELY what im doing, #who am i, #answers, #thanks!
12 notes · See All
haro-whumps·6 days agoAnswer

#what, #i have to go fact check this, #answers, #thanks!
10 notes · See All
haro-whumps·6 days agoAnswer