We looked inside some of the posts by hcllyleafs and here's what we found interesting.

some people ask how the erins could “fix” ashfur but??? imo it’s not really like ‘fixing’ him, its more of just…..leaving ashfur alone. giving him some development, but otherwise?? i dont think he’s really a character who should get an arc; he’s a little too…damaged and irreparable at this point to me

if you wanted to ‘fix’ ashfur, i’d suggest having a small plot in maybe an novella where he meets up w/ ferncloud in starclan. ashfur tries to continue the bond he has w/ his twin sister w/ out mentioning what happened w/ squirrelflight - he hopes that if she doesnt know, they can still be close and he can just pretend it never happened

but maybe someone tells her, ferncloud figures out and she’s angry and betrayed. i would have ferncloud tell ashfur how wrong what he did was, for her to chew him out and to want distance from him for awhile; she feels awful that he never told her and that she was so upset w/ the clan for not figuring out how he’d died

but i think ferncloud would eventually talk to him again; she’s a caring character, loving and sweet - and she does love her brother for the parts she remembers, even if she rejects what he did. i would want ferncloud to actually talk to ashfur about it, to not baby him or “try and understand him” - but for her to tell him that he really screwed up

and then in the end, ashfur decides/realizes that,,, he just needs to stay away from squirrelflight and her kids. the novella would end w/ him realizing that apolgoizing to squirrelflight isnt his “redemption arc”, that she wouldnt forgive him nor should he. it would just end w/ him realizing he needs to figure himself out and stay on his own for a long time before ever trying to really spark up friendships/relationships w/ any other starclan cat other than his family

lucky cinderpelt with her two gfs 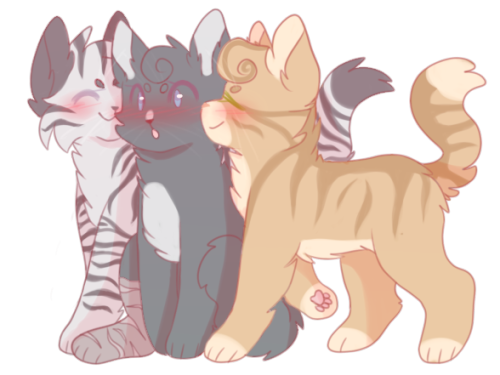 Cinderpelt was so precious.. I love her. 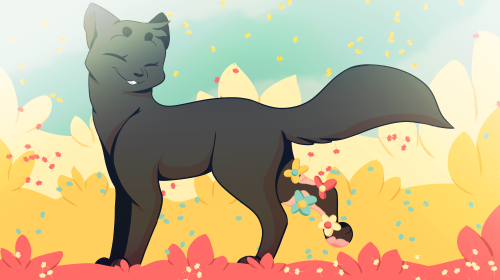 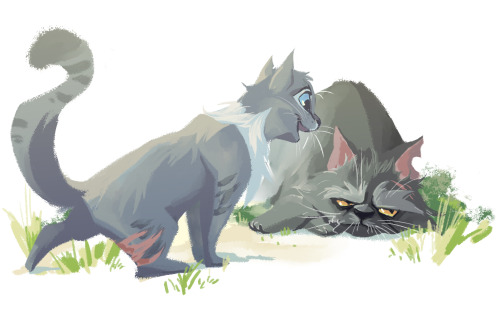 stills from my pmv part which can be viewed here 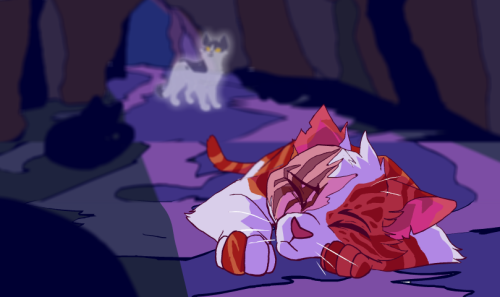 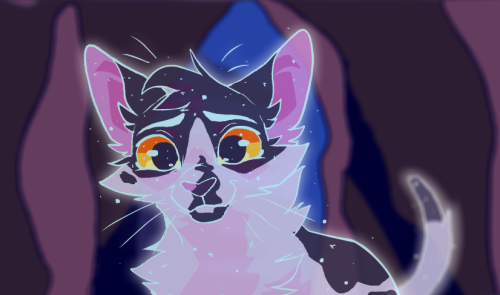 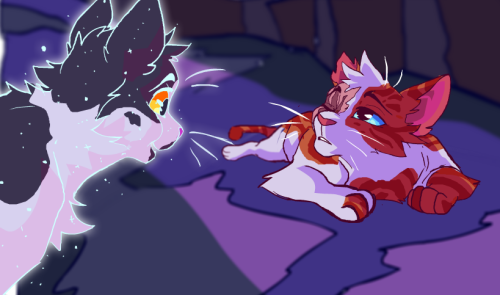 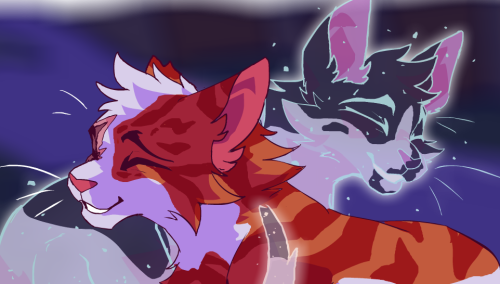 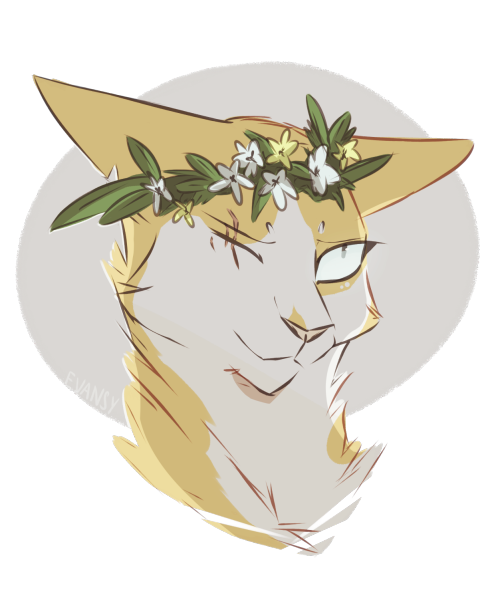 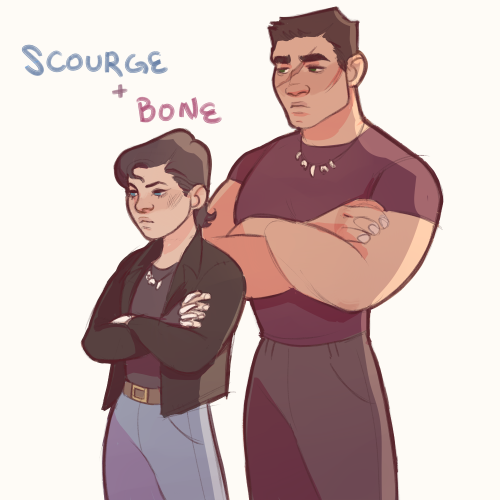 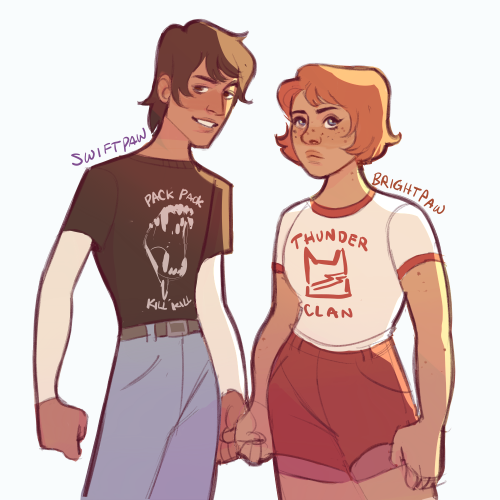 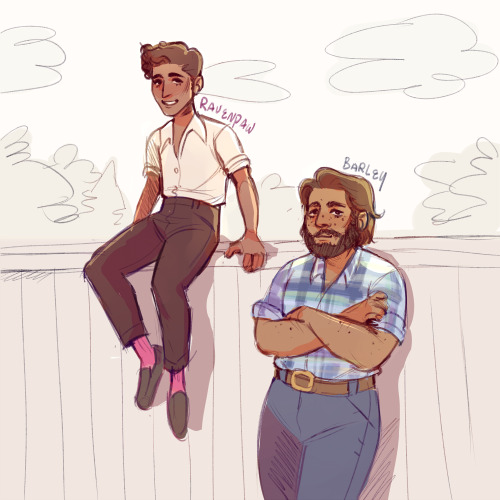 truying to make my colouring into smth i actually like???its hard

i’ll do some requests if anyone wants, doesn’t have to be cats 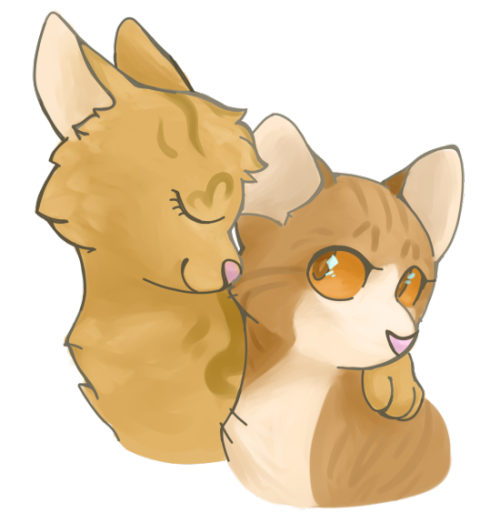 where did those fireflies come from 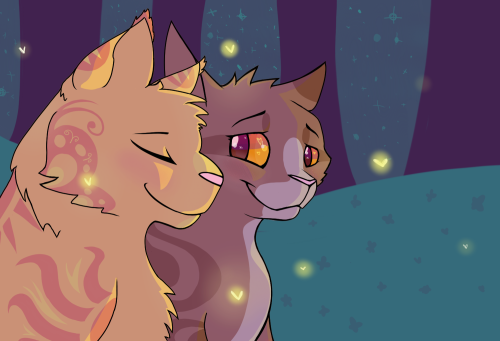 we may only have tonight

but till the morning sun, you’re mine 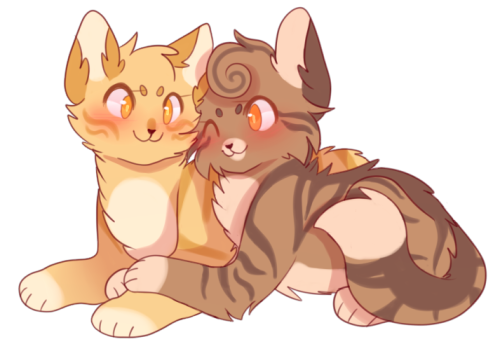 leafpool is a fluffy lil lamb !

a redraw of this pic from two whole years ago they cuddle all together at least once a day

Leafpool: Mothwing is so beautiful and intelligent and pretty and wonderful and beautiful and sweet and kind and nice and beautiful. Did i mention she’s beautiful? Gosh I wish I knew what was going on in that beautiful golden head of hers i worry about her so much. She’s so amazing though and such a good medicine cat shes going to do great things. And she’s just so gorgeous she my best most closest friend.

Also Leafpool: Wow this Crowfeather guy is kind of a jerk I want to stay away from him as much as possible he probably hates me anyway and he just glares at me all the time and how can Cinderpelt think I like him?? He’s rude and awful

STILL Leafpool: Yeah I think I love you too.

the solution to what troubles you doesn’t hide in the stars, dear one 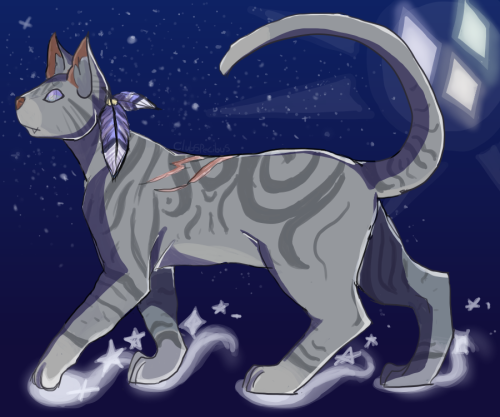 warriors would be 100x better if there were actual cryptids or something but none of the cats questioned it, they just thought that they’re nicer and big twolegs

“who left these big footprints, do we need to worry about this??”

“no that’s just the fuzzy ape who lives in the forest too. we give him fruit sometimes and he pets us. he’s nice.”

a warrior cat: *has a minor inconvenience happen to them*

#what is this post, #text
47 notes · See All
hcllyleafs·3 years agoPhoto

where is warrior cats on this chart….. asking for a friend 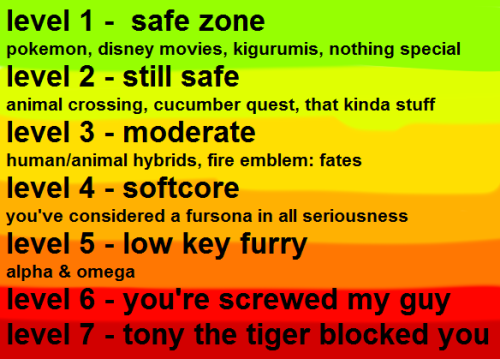