Grelle Sutcliff is living in my head rent free

We looked inside some of the posts by hitoka-mochi and here's what we found interesting.

#i think she only watched the anime, #and then she has the NERVE to have a big ass mouth, #Girl stfu u dont even know half the plot 😭😭, #kuroshitsuji, #black butler
10 notes · See All
hitoka-mochi·19 hours agoText

#I USED TO BE A HAIKYUU BLOG, #HITOKA IS MY FAV, #MOCHI SOUNDS LIKE HER LAST NAME, #JFFBFVFVXVX, #i also made this blog to talk to sb i met on ao3, #fun times
268K notes · See All
hitoka-mochi·2 days agoText

i just feel like Ciel + Therapy just means = “Hi, I’m the exact amount of evil with better self esteem, a little more confidence towards interpersonal relationships and better sleep. I can now entirely focus on being bad.”

#I MEAN, #UR NOT WRONG, #but like i really wouldnt mind 😭😭, #he‘d probably be funnier, #ciel phantomhive, #ociel
20 notes · See All
hitoka-mochi·2 days agoText

HEY!! I just wanna ask one thing I you're the only person who my brain believes know this well: Why didn't O!Ciel and Doll didn't end up together? I know the logical answer being 'it's for a bigger picture' or 'there's plenty of ships and not much to show that those two would've been something' and I get those facts, but it just makes me wonder "why?" Why introduce someone who is so open yet a mystery that seems perfect for O!Ciel and have her death never shown?

Thank you very much for your compliments and your trust. About your question, I have a suspicion that my reply might not be what you’re hoping for, but since you asked me, I shall give you my honest reply:

I think the reason that O!Ciel and Doll didn’t end up as a romantic couple or in any interpersonal bond is fairly straightforward: “why would they?”

Firstly, as translated in this post, Yana is just not inclined to writing romance because it demands too much energy. Secondly, O!Ciel and Doll met while O!Ciel was under pretense, constantly lying to everyone, especially Doll. He was not just under pretense, he was at the circus for the sole reason that he suspected the circus of heinous crimes - and upon confirmation of said suspected crimes - there to eliminate the circus members. Those are the single most terrible grounds to start any interpersonal bond on!

Throughout the arc O!Ciel has been deceiving and otherwise avoiding Doll, keeping her at arm’s length because she was actively becoming a hindrance to his investigation, much in the same way William was to Sebas. But in order to avoid suspicion O!Ciel had to keep his smile on as ‘Smile’. The moment Doll was out of sight however, he immediately showed his real face. This ↓ is not the face of someone who is interested in making any connection.

Contrast this to O!Ciel’s mirthful reaction to Lizzie in chapter 51; here he was tellingly warmer and genuine.

Not only was O!Ciel uninterested in Doll, the very last thing Doll and O!Ciel felt for one another was murderous intent. Doll was betrayed and angry to the point of willing to attempt murder past ‘Black’ whom Doll knows to be hyper potent. O!Ciel in turn displayed nothing but ice-cold indifference towards Doll.

About why Doll’s death was not shown explicitly; I would say the reason is just the visual-medium-equivalent of “show don’t tell”. Showing the dropping of the Funtom lollipop rather than Sebastian turning Doll into a corpse has a much more skin-crawling, lasting impression. There’s nothing as terrifying as the human imagination; so rather than showing us one more corpse (to which we as Kuro fans are already used to), our own imagination can do a much better job at spooking us. Whatever we find the most terrifying personally is then given space to fill in the blanks.

Then about why Undertaker just looked on: he’s the same lunatic who experimented with and therefore killed thousands of human lives just to see whether his Bizarre Dolls would make for revolutionary soldiers. He gives ZERO Fs about human lives.

I am sorry if you really ship O!Ciel with Doll, but I have to say that - to me - the way things happened are the only logical outcome considering who these characters are and what this series is. Though you might not have liked my reply, I do hope this in the very least gives you a potential explanation to why the manga happened the way it did. Perhaps in an AU where O!Ciel’s literal job wasn’t neutralising people like Doll and they didn’t met under pretense (and O!Ciel didn’t consider himself nobler than ‘peasants’) there would have been more ground to start an interpersonal bond.

(just fyi bc they’re not funny)

YES I saw him with beer ONCE and went: alcoholism❤️ 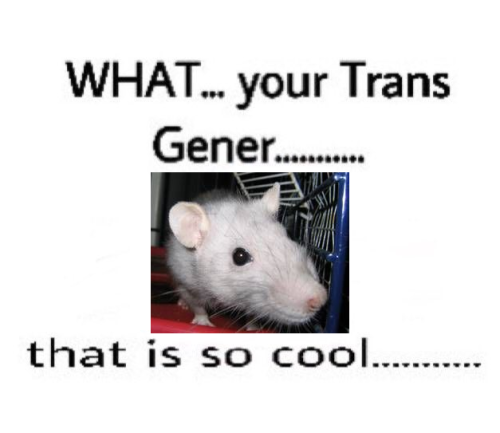 Helloooo, I was reading the Japanese raw of kuro, after reading what you uploaded, and noticed that the 4 English page is missing :( thanks you for uploading the chapter~~

ohh really?? I didn’t know- But np! Usually the amazing @heyheresthekurochapter posts them but I already had the chapter and sb asked for it so I just posted it. I probably won’t do that again so make sure to check out their blog ^^

They both have horrible depth perception (Agni’s is worse than Ciel’s) and many hilarious mishaps take place.

#did you miss me and my silly jokes, #and the lowercase, #i fucking hate the fancy typing yall do, #kuroshitsuji, #black butler, #rciel, #ociel, #manga, #vague spoilers, #undertaker kuroshitsuji
15 notes · See All
hitoka-mochi·6 days agoText

sigh. *scrolls down to 2012 to find new content of my fav character*