We looked inside some of the posts by hoseoks-kitten and here's what we found interesting.

I’m pretty proud of this! Sure the rankings might not be the greatest, but the views are nice :)

Long rant coming up…I need to sort out my thoughts so bear with me….

I have had nothing but bad luck on this dating app I’ve been using for the past couple of months. I think I’ve talked to 5 different people, and they’ve called it off or just flat out ignored me. I’m not really sure what to make of it. But I know I’m getting a little tired. And maybe I’m just being picky. But I have every right to be.

So that night, I asked for a sign. I woke up to a message from the dating app guy saying he wouldn’t be able to make our date. Something had come up and he didnt think he should be seeing anyone. I’m pretty sure that was a sign.

Fast forward to last night. I was talking to a guy on the app, and he wanted to come by to meet. This was at 11pm. I waited 5 hours only to find out, he had been stopped by the police and had to go into the station to sort of things out. I understood, but like I waited till 3:30 and he still wanted to come. I was dead tired and had to work this morning at 9…i got almost 4 hours of sleep.

And here I am at work, wondering what I should do :/ do I meet up with dating app guy tomorrow like we planned or should I cancel…and maybe just wait….

I’ve been thinking about these comments all day. And I think I might just write a sequel to LOST. Tbh, it was in the works. I really wanted to right after I wrote it. But other things happened and I had to set it aside. But I think this might be something worth working on :) 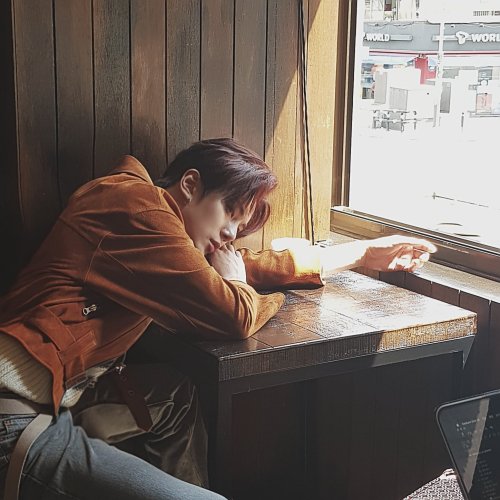 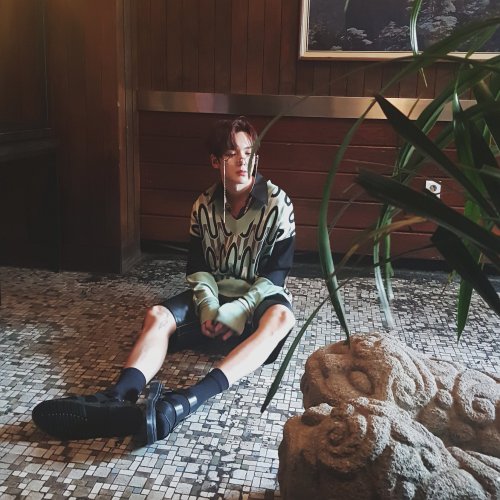 #minhyuk, #such a cutie
495 notes · See All
hoseoks-kitten·a month agoPhoto

From now on and onwards too please take good care of me! 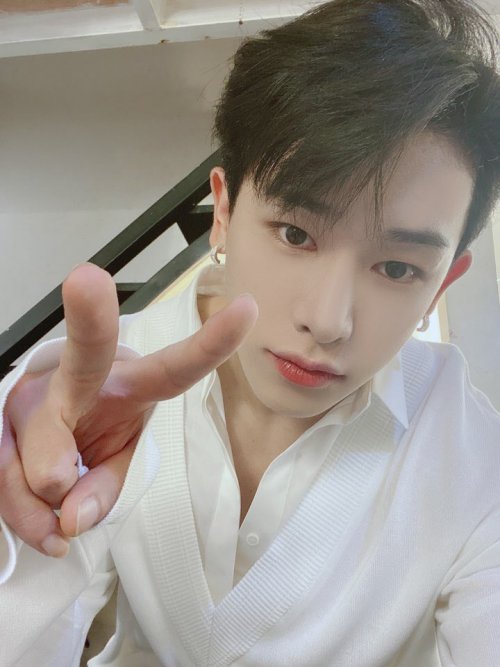 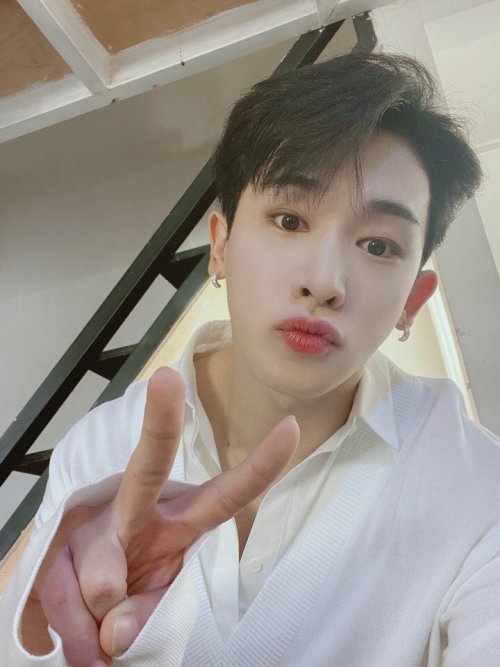 #😭😭😭😭😭, #his first selca!!!, #i missed him so much, #im so happy hes back, #im so happy he posted this, #i really needed it, #ive been so stressed lately, #thank you wonho
1K notes · See All
hoseoks-kitten·a month agoText

each time I try to get any writing done, my mind goes blank…Listening to my playlist for the specific story doesn’t help…Maybe I’m just tired, maybe I just have a little too much on my mind…which I suppose is understandable given what’s going on in the world today…But like, I have all this time…I’d love to be working on my novels…and yet…nothing! *Sigh* maybe a nap would help haha

Missed him so much..kinda disappointed coz he cannot be with monsta x but it’s okay as long as we’ll be able to see him

#look at his smile, #😍😍😍, #wonho, #have you ever seen anything so pure
86 notes · See All
hoseoks-kitten·a month agoVideo

You ever seen a cat with a deep meow??

reblog this if you love cats too 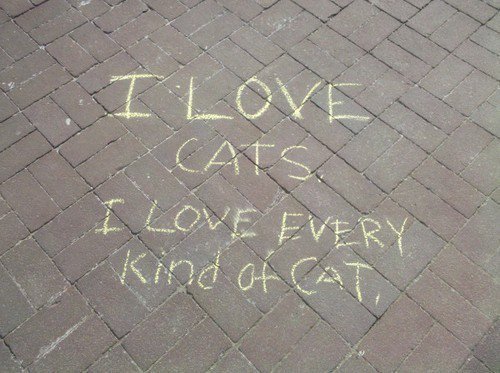 This is mostly for me, so ignore it if you’d like. I just want to get some thoughts out. So again, feel free to ignore this, as it is mostly for my sake. I’ll delete this later if I want to.

So lately, I’ve had a few things on my mind. And feelings that I need to kind of get off my chest and actually address. I don’t even really know where to start. So I guess I’ll start with what’s on my mind as of late.

Since the start of this Pandemic, I have been nothing but scared. It was all everyone could talk about. And what they talked about was nothing but negative. There’s still so many cases in the world right now, and I’m still a little scared. But not as much as the beginning. The numbers in my city had declined, but the numbers in neighboring cities keep going up. I never really thought I’d be a live to witness a Pandemic or Apocalypse (as some people have called it). It’s definitely nothing like I was expecting.

Before this whole thing had gotten really out of control, My friend has pushed me out of my comfort zone. And I mean that in a good way, not a bad. She knows how timid and shy I am, and sometimes, all I need is a gentle push in the right direction. And I’m thankful she did. She got me out of my comfort zone and made me make a dating profile on one the newer dating apps. Since I’ve been on there, I’ve met a few people, chatted with a couple guys, and then dropped down to talking to one.

We’ve been talking everyday for almost a month now, and I’m honestly enjoying myself. We have a few things in common, and a few that we don’t. He’s super sweet and pretty handsome too. I’m also pretty comfortable talking to him. Usually, I get really nervous around guys that I seem to like. But with him, it’s different. I’m comfortable talking to him. And I usually hide my true self from people, because I don’t know how they’ll react. But with him, its different. I don’t hide who I am with him. And he seems to not mind the things that I do, or listen to (Like Kpop). I genuinely feel like we have a connection, but it’s so hard to tell over text. We’ve agreed that once this thing is over, that we would meet. So yeah, really hoping that this pandemic dies down soon.

I get pretty anxious too sometimes. My mind becomes a whirlwind of thoughts and emotions. It get’s to be too much sometimes and I often find it hard to handle. And hard to tell anyone about it. But lately, I haven’t been feeling like that. Like I feel a hell of a lot calmer than I have in years. And sure every once in a while, I can feel it coming. And when I can feel it, its a little easier to handle. I think it might be because it’s finally nice enough out now that I can go outside for walks. And that really helps calm my mind. Even if I’m listening to music, or walking with my best friend. I feel at ease with myself. Which is something I haven’t felt like in a long time either.

Each day that goes by, I’m beginning to love myself more and more. I know it’s still going to be a challenge, as I battle with myself a lot over how I look and how much I love myself. But I’m getting there…Slowly.

Anyway, I think that’s all that’s on my mind at the moment. I’m sure they’ll be more. But for now, I think this is good. Again, I’m probably going to delete this later. so yeah

#Personal, #ramblings, #on my mind, #I also overthink too much too, #So that's another thing, #I need to work on, #It's a never ending battle some days, #But I'm learning slowly, #that I'm not really alone, #I have people that love me, #and want me to be happy, #So I'll try to lean on them, #when I need help
1 notes · See All
hoseoks-kitten·a month agoText

Tagged by @justsimplymeagain Thanks :) also sorry this is a few days late

Are you staying home from work/school?

Sort of. I’ve sort of been laid off, but I’m still working every couple of days. Otherwise, I’m only going to the store if I absolutely need something. Or if I want to go for a walk, but I’m keeping my distance

If staying home who is there with you?

Are you a homebody?

Kind of? I like staying home as much as the next person. But I still like going out and having fun too,

What movies have you watched recently?

I recently watched the first Percy Jackson movie, and Confessions of a Teenage Drama Queen

An event you were looking for that got canceled?

Does meeting an online date count? If so, then yeah…I’ve been looking forward to meeting this guy for a few weeks…I’m hoping that this whole pandemic thing ends soon…

What music are you listening to?

My Spotify “Likes” Playlist. And right now I’m listening to Monsters (Ft. BlackBear) by All Time Low. Its such a good song! I love it!

What are you reading?

I’m still trying to finish my Nora Roberts series…But I can’t get back into it. So I’m reading a bunch of Webtoons.

What are you doing for self care?

My self care consists of listening to music, Watching TV/Movies/ Chatting with friends, and going for walks, which I’ve been doing the past couple of days. Its definitely helped with my anxiety. Although as of late, I haven’t felt anxious in a really long time.

#Personal, #Ramblings, #Get to know me
1 notes · See All
hoseoks-kitten·a month agoText

I went for a walk this evening and the sunset was beautiful. During my walk, I felt a calmness I hadn’t felt in a long long time. My anxiety has calmed to a point where I no longer worry about it. I hope this feeling never fades

enough of this lockdown! im out! 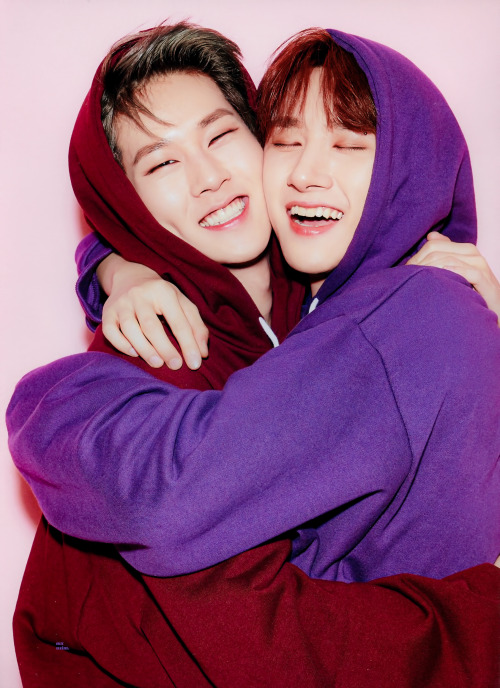 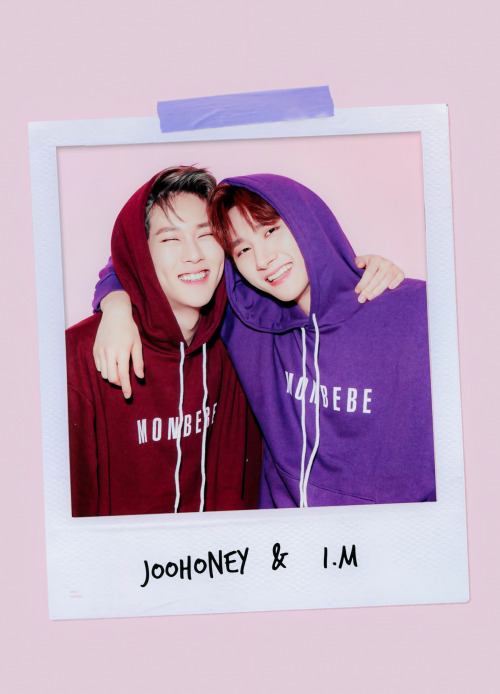 I wrote for 2.5 hours today and got the prologue done for “The Wrong Love”. I feel good that I finally got it done after like a month. With this whole pandemic thing going on, my mind has been a bit jumbled with anxiety, which makes it a little hard to focus on writing. But I’m going to try and plunk away at this. 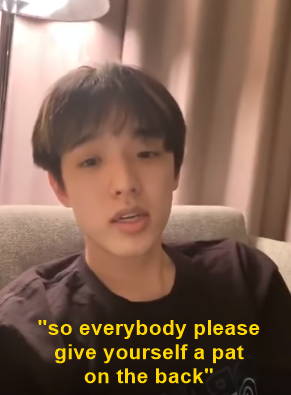 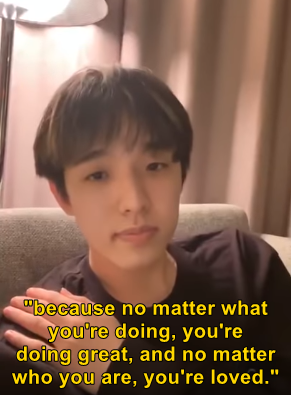 #i need this reminder sometimes, #and I'm sure some of you do to, #please remember that, #you are loved, #you are worth it
2K notes · See All
hoseoks-kitten·2 months agoText

I was tagged by @justsimplymeagain

Rules: answer and then tag nine people you want to get to know better

Favourite Colour: Red - basically all shades except for the pinker shades, Purple, and Orange

Lipstick or Chapstick: Chapstick when I’m working and mostly when i’m off, but when I feel like getting really pretty, I’ll wear Lipstick or Liptint

Currently Reading: Of Blood and Bone by Nora Roberts. It’s the second book in the series and I’ll have one more to read after that, whenever I get around to actually picking it up and reading it again.

Haha thanks, this was fun!

Fandoms I write/wrote for: BTS and Monsta X

1 notes · See All
Next Page