We looked inside some of the posts by howlingday and here's what we found interesting.

Ironwood: So, which of you is the Team Daddy?

Qrow: It ain’t gonna be me.

Winter: I believe Mr. Arc should be the Team Daddy.

Jaune: (Holding a “#1 Dad” mug) Yang, stop being the best and worst character at the same damn time!

Jaune: (Holding mug and wearing a Menagerie Island shirt) Weiss, stop being one sad story away from shopping at Hot Topic! I swear to Dust, I will turn this Volume around!

Jaune: (Holding mug and wearing shirt and wearing a “I Love Fishing” suncap) Penny, stop being a precious cinnamon bun, too good and pure for this fucking world!

Jaune: (Wearing hat and shirt and holding mug and standing in front of a grill) And Ruby… Fuck, Ruby, just keep doing you. Just don’t kill our teams because they’re fucking morons.

Ruby: I know what I saw, Yang! I saw Goofy’s bones!

Ruby: WHO SAID THAT?!

Ruby: Blake, listen to me! I swear, I was walking through the Disney Hall of Fame, and in the back, I saw Goofy’s bones!

Nora: Goofy only has skin…

Jaune: Well, the worst part is that she isn’t lying. (Everyone is silent) What?

Yang: Hey, just letting you guys know, this was supposed to be a goofy story, and yes, I do mean, “Goofy,” but suddenly it just became an actual horror story!

Ruby: Jaune, what do you mean “Goofy only has skin”?!

Jaune: Well, I’ve only ever seen him take off his head and remove his skin, I’ve never seen him put away a skeleton.

Yang: Really, because it sounds more like you’re getting hit by a bus.

Jaune: This place is supposed to be the plant that provides Mantle heat, but where is everybody?

Nora: Well, before we left, I called in a bomb threat.

Yang: Uh, what are you doing?

Nora: (Hanging from his neck) Uwah! (Kisses his cheek)

Jaune: No clue. (Drops) But I don’t care. I love my sloth, whatever she sounds like. (Nora nuzzles into his neck)

White Fang member: excuse me, High Leader Khan? may I come in?

Sienna, snarling: what is it?

the WF enters the room, seeing the Khan behind her desk. Her fingers clack impatiently on the desk as she shoots the person entering a withering glare.

Sienna: what of him?

WF: well…the guys are getting antsy about him being here. We don’t even get why he is here, and…

Sienna, breathing deeply in and out: and?

WF: I overheard some talking about beating him up, and, well, i was also wondering why he is here.

The high leader moves her hands into her lap, out of sight of the White fang rookie.

Sienna: you should all be made aware that quite a bit of our funding comes from sympathizers and their donations.

WF: I mean, i figured fellow faunus would-

Sienna, glare intensifying as her breathing goes even deeper: That human, Jaune Arc, is the son of our most influential human donors. If something were to happen to him, not only they would withdraw support, but most others would lose trust in our cause as well. Not to mention the nightmare PR!

She growls in apparent anger, and the WF starts sweating badly.

Sienna, thinking: ‘besides, his mother would give us all hell, if her letter is anything to go by’

Sienna: lastly, our recruitment drive would suffer if we were to kill one of those nominally under our protection as guests. and he is a guest, sent by one of their academies.

Sienna: Leave. The thinking. To me here. Since you want to throw your sense of morals to the beowolves.

The WF leaves in a hurry, closing the door behind them.

She hunches over in her seat before reclining, her body undulating as she bites her lip. her hands still firmly in her lap, she shivers after just a small while, her body convulsing as she lets out small moans. Her eyes open again, hazy but accompanied with a content smile.

Sienna: that…was exactly what I needed.

From her lap, a mop of blond hair emerged. Blue eyes regard her with an adoration and desire that makes the tiger’s skin tingle with delight.

Jaune: I never did this before. Kind of exciting, heh.

Sienna had taken a shine towards the young man Beacon sent as some form of ambassador and hostage in one. He was to ensure that the White Fang would cease operations in Vale. Taurus was anything but happy about this, but Taurus was also woefully short-sighted in his campaign against humanity, no matter how he sounded with his visions.

they all sounded like smoke and mirrors to her, dreams of a fanatic.

Alas, this was not the time to think of an angsty bull, but rather to think of the hunky young man they had sent her. She absent-mindedly stroked his hair as he kissed the side of her thigh, still looking at her. Three days after his arrival, they had developed this relationship.

What could she say? He was just her type.

Sienna: and you did very well. i had to fight to keep calm. No one fucks with what is mine.

Jaune: so, am i more than just a boytoy.

He smiled up at her, making her feel needy for another part of him.

Sienna: come on up and rail me already.

With that, he rose, gripping her around her hips, lifting Sienna out of the chair and onto the desk. His eagerness and hunger for her lit a fire in Sienna.

One that he would quench very soon.

massive brainrot on this one hhhh

You may support the artist via commission (at 30% off!) or Ko-fi donations! Link to Tumblr post here.

Neo: (Gives a smirk and sticks her tongue out, as if she was saying “Yup, I just killed her!”)

Cinder: (Monologing) And with that, Atlas will fall!

Penny: I know I’m not human, but if losing my humanity will save Atlas, then so be it. 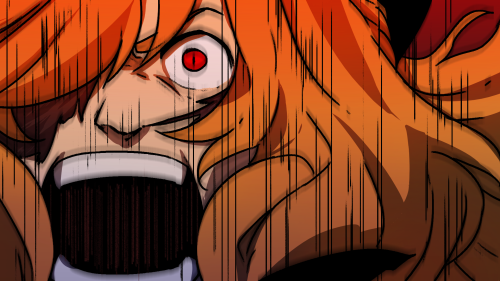 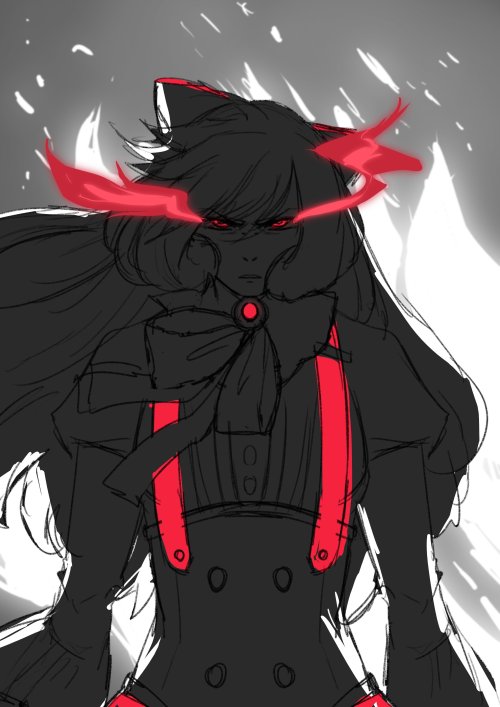 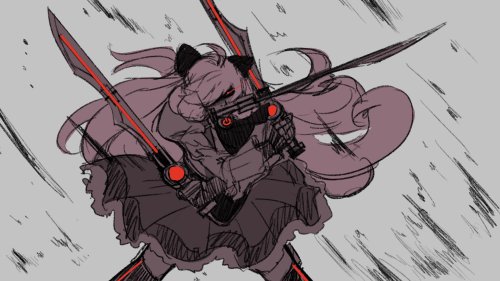 Yang: Be careful up there.

Ruby: Are you kidding me?! I’m spooning a fifty cal! I COULD KILL A BUILDING!

Jaune: Danger is everywhere, Oscar, so it’s important to go over self defense techniques.

Oscar: (Swings The Long Memory into Jaune’s crotch, He collapses with a squeak)

Oscar: Oz always said the element of surprise was crucial.

Ironwood: I’m sorry for getting so emotional.

Ironwood: These years as your commanding officer, Schnee, have been some of the best of my life.

Ironwood: And I know that you gave me everything everything you had. (Smiles) I will never forget it. (Walks outside to face Salem’s horde)

Winter: (In tears) Sir, please, go back to being a robot!

Jaune: Ready for a kick-ass mission?

Ren: What exactly do you mean by “a kick-ass” mission?

Nora: Does this mean I have to get rid of my ankle knife?

“So, it seems Atlas is dying because of me. Just gonna lock that up in a little box in my brain and never open it.”

Nora: So, Neo is a bit of a nightmare.

Jaune: Not really. She’s more of a daymare.

Ren: Those are much worse.

Jaune: This team has hit a new low. We’re on the run from the law, totally lost, with no professional Huntsmen, no lien, no clean clothes, and (pokes Ruby’s chest with each word) it’s all your fault!

Ruby: (Smiling) I love having a boyfriend.

Why would anyone want to consume it!?

I teach my 7th graders about the dangers of dihydrogen monoxide.

I bring in a graduated cylinder of it and we talk about how it’s used in nuclear power plants and gmo crops. How inhaling even the small amount I’m holding can lead to suffocation or even death. It’s found in vaccines and cancer cells, but also in infant formula and pet food. It is a huge component of acid rain, can cause severe burns, and has been found in places that were thought to be the most pristine and unpolluted locations on earth.

We talk about how there are little to no regulations on this chemical. No bans, no warning labels, and most manufacturers don’t even have to disclose their use of it in their products.

My students are outraged. We talk about what we can do. Create posters and flyers to spread awareness. Contact our senators with petitions to ban DHMO. Spread this information all over social media.

Then I explain that the real problem with dihydrogen monoxide is that….when I am thirsty…there is just nothing else as refreshing, and then I watch their looks of absolute shock and horror as I drink the entire vial down.

may our education be stronger than fake news

To those who don’t get it:

“Dihydrogen monoxide” is the chemical name for water, AKA H2O.

“Everyone who has ever touched or consumed this chemical has died” 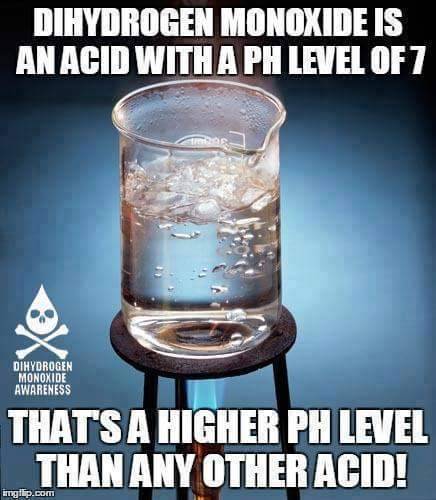 I am in tears

This graffiti appeared overnight at 5 different job centres in Birmingham.

It’s referencing the increasingly harsh benefit sanctions in the UK which are punishing disabled people in particular.

Claimants who cannot work due to severe disabilities or chronic illnesses are being categorised as “fit for work” in order to meet targets and are not being given enough money to survive.

The majority of people who legally challenge their benefits sanctions or ‘fit for work’ decision have them overturned, but only after months without the money they need.

The DWP has even sent letters to people declaring them fit for work when in fact they have already died from their illness.

Fuck the DWP and job centres.

Good job, whoever painted these! 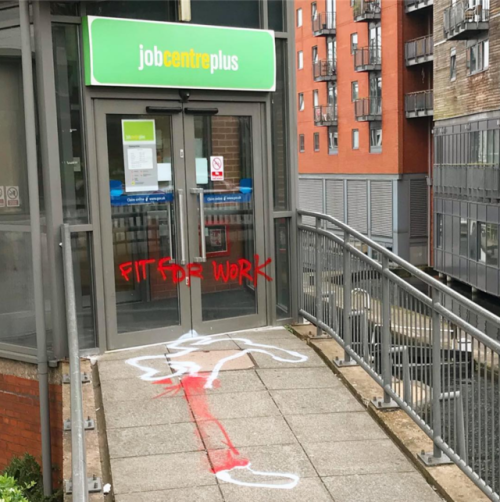 Jaune may have survived NNN, but he would survive DDD?

blake: OHHH JAUNE. WHERE ARE YOU?