Yo I’m Genderqueer In The Place To Be

We looked inside some of the posts by ikebanaka and here's what we found interesting. 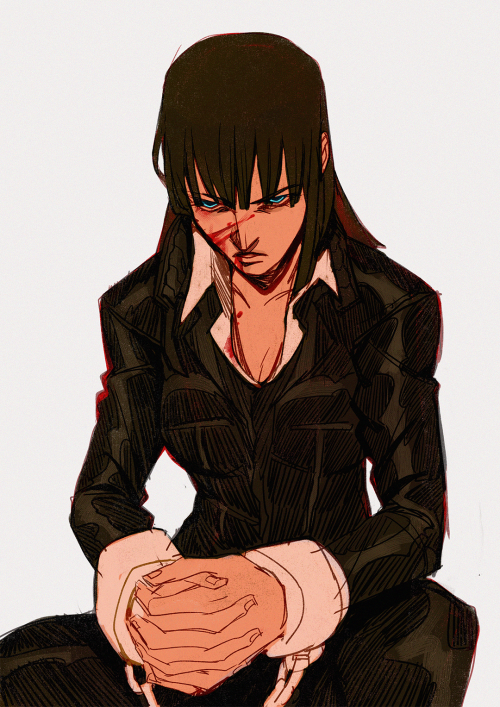 SOMWBODY ELSE BOUGHT. A FUCKI NG APARTMENT I-

hey, brazilian person here. it may all sound funny and shit (and damn, he even got affiliated to many left wing parties) but… he’s been trying to insure a dictatorship even since he got elected. there’s been protests against democracy and he’s been attending them all (without a mask, btw. meanwhile, almost 30k have died of coronavirus, we still got no health minister, even if i called it anarchy we still would prefer anarchy cause this is a whole new level). we are now standing in solidarity with USA! our police system is the most deadly in the world, killing 2x more than the american, specially young black kids. if you can, please keep an eye out for us and sign the petition justice for João Pedro

PAY ATTENTION TO BRAZIL. BLACK PEOPLE ARE BEING KILLED EVERY. SINGLE. DAY. AND SEVERAL OF THEM ARE FUCKING KIDS.

the one petition everyone is sharing is for João Pedro, was was killed inside his home, he was shot on his back. 70, and i repeat, 70 shots were fired against the house he was in, and the police claimed it was because they were in a confront. everyone near his house confirmed there wasn’t anything going around.

but that’s just the tip of the iceberg.

LUCAS CUSTÓDIO DOS SANTOS. he was a sixteen years old boy who got shot on his leg after returning from a soccer game. his last words were “you don’t have to kill me, sir”

CARLOS MAGNO DE OLIVEIRA NASCIMENTO (18 yo, student), CARLOS ALBERTO DA SILVA (21 yo, painter and bricklawyer) EVERSON GONÇALVES SILOTE (26 yo, taxi driver) AND THIAGO DA COSTA CORREIA DA SILVA (19 yo, mechanic). They were killed on an event now known as “Chacina do Borel” it happened in 2003 and no one was held responsible.

HERINALDO VINICIUS DE SANTANA. he was an eleven years old boy who left his house to buy a ping pong ball. he was with money on his hands. His last words were “I want my mom”

ALAN DE SOUZA LIMA. He was fifteen and his last words “we were just playing, sir”

DOUGLAS RODRIGUES, 17 years old. His last words: “Why did you shoot me, Sr?”. The policemen was acquitted for lack of evidence.

ÁGATHA FELIX. 8 YEARS OLD. She was returning home with her mother when she got shot. FOR NO REASON. SAY HER NAME.

FABIO DOS SANTOS VIERA, 21 years. He was shot because, according to the police, he was holding a gun. That gun was never found.

EVALDO DOS SANTOS ROSA, 51 years old. 257 SHOTS FIRED AT HIS CAR. SAY HIS NAME. His family was inside of it too, including a 7 year old kid. Evaldo died instantly. NO JUSTICE NO PEACE

MATHEUS OLIVEIRA, 23. The Police got >>scared<< and shot him in the head. He had just become a father.

MARCUS VINICIUS, 14 years. shot during a police operation while returning from school, his last words:“ Didn’t they see that I was wearing school clothes, mom?”.

EMILLY CAETANO DA COSTA, 9 years old, was shot two times on the back. The police said the vehicle her family was in was suspicious. They chased the car and shot five times. Her mom, dad, and two sisters were in the car.

LUCAS, 14 years old,disappeared after some cops take him out from his home, his body was found floating at a lake in a park.

MARIA EDUARDA, 13 YEARS OLD. Killed inside of her SCHOOL! SAY HER NAME

victims of the Costa Barros massacre, killed by the police with 111 SHOTS while celebrating the youngest’s first salary.

PEDRO GONZAGA, 19, killed by a supermarket security guard. He was suffocated and suffered cardiac arrest.

KETELLEN GOMES, 5 years old. Was riding her bike when she was shot during a police operation. Her last words was “Mom, don’t cry, no, mom”. The target from the shooters was Davi Gabriel Martins Nascimento, 17 years old, who also died.

75% of those killed by the police in Brazil are black.

Black people are 147% more likely to be murdered than white people in this country.

Brazil currently has the highest rate of killing of Blacks in the world outside Africa. It far surpasses the U.S.

EVERY 23 SECONDS, A BLACK PERSON IS KILLED IN BRAZIL.

If you think Trump is bad and reblog everyday USA’s situation, BRAZIL NEEDS THIS TYPE OF ATTENTION AS WELL.

the LAPD is having a town hall and getting fucking eviscerated

hey uh this went south fucking fast. thoughout the stream, the time allotted for citizens went from 2mins to 30s, with the officials frequently cutting the ever-decreasing time short on individuals. they all just sat there not reacting unless someone dared use a curse or the one occasion where someone mentioned that their locations were public knowledge. At one point a caller asked the panel to raise their hands if they could hear them, and some of the jackasses didn’t respond, but was covered for by the Madam President of the panel saying, lying, quickly “yes we can all hear you”. Throughout, there was the sound of gunshots and they apparently lied about there not being any. Anyway so yeah most of them had their audio just fucking muted and were just blankly staring at their webcams for hours instead of hearing anyone actually criticize them. This is one of the worst excuses of performative fake accountability “we hear you”ing to date.

i simply cannot stop thinking about this.

Imagine shooting rubber bullets and throwing tear gas canisters at people but posting on social media like “oh boo hoo look what got thrown at us :((((” when someone throws a shoe or a tin of beans.

#funny, #beans, #i thought this was deliberately showing disproportionate response, #then i saw it was a cop account, #but seriously, #isn’t that an umbrella
23K notes · See All
ikebanaka·a day agoText

Me, expecting a sappy reply: Dad, do I ever remind you of Mom?

Me: *suddenly remembers that my whole family has spent the last ten years joking that I’m my dad’s clone but 40 years younger*

My dad: sorry but no

If you were arrested for protesting in Chicago, Indianapolis, or Louisville, the law firm of Derrick Morgan Jr, Esq will represent you pro bono

i know there’s a lot going on but ICE are now one step closer to literally creating gas chambers. they are spraying a chemical called HDQ neutral roughly 100 times a day, every 15 minutes at the adelanto detention center (one of the biggest in the country). people are getting rashes, headaches, their insides are bleeding, etc. the guards are wearing gloves and masks but the detainees have NOTHING.

and here’s a quick reminder - america inspired the nazis to create gas chambers when they gassed latino people during the 1917 bath riots.

here’s a petition to sign. it’s close to it’s goal. if there’s anything else we can do to help i’ll update this post.

I don’t have the words to properly explain how horrifying this is. In April, the advocacy group Freedom For Immigrants published a report about unsanitary conditions at the detention center, where the immigrants were made to clean the facilities with only water, or shampoo. According to their report, there were sick detainees there - possibly with COVID-19, but it’s unclear since they weren’t being tested - and the conditions could easily lead to a situation in which the virus exploded among those there.

The guards are spraying this disinfectant in retaliation for the report. To be clear - HDQ is an industrial-strength disinfectant, which according to the manufacturer is “harmful if inhaled” and “causes severe skin burns and serious eye damage.” The guards are spraying it on everything every 15-30 minutes, according to sources, and immigrants in the center have already experienced severe symptoms including blisters, rashes, bleeding, fainting, breathing difficulties, headaches, stomach pain, and nausea.

And let’s be real - ICE doesn’t give a shit, either about protecting these people or about preventing a COVID outbreak. ICE, according to their own reports, currently has 25,911 people in custody, of which only 2,670 have been tested. 1,392 of those were positive. In simple terms - less than 10% of detainees have been tested. Of those, more than half are positive. We cannot estimate how many sick people ICE is currently holding, or how many more will get sick without any kind of prevention or care.

ICE is killing people through neglect, and when they dared complain - they started gassing them.

Unfortunately, with Trump in the white house, petitions aren’t doing much. What we can do, however, is donate to the advocacy group that is bringing these things to light, allowing them to continue their work and hopefully free more immigrants. Their donation page is here. Please spread this.

Goddamn, when are you going to get it through your skulls, THE POLICE ARE NOT ON YOUR SIDE!  THEY NEVER  WERE AND NEVER WILL BE. The main function of the police is to enforce the ways of the white supremacist capitalist system, stop fucking being easily impressed by performative speeches. Having a woman in charge means nothing if that woman is a part of a violent, racist, sexist, classist, and homophobic Establishment.

I’m including this bc “MAYOR: [quote]” with the face of the police chief wasn’t doing it for me but yeah she’s actually Like That

UPDATE: not only are kpop stans flooding other police apps with fancams, they’re also flooding a twitter hashtag that a police department set up to get tips from the public with fancams

a friend shared these with me — people are still piecing the info together, but seems like this is a true phenomenon

Deuce: we seem about the same age, how are we so different?

Ace’s background: raised in a jungle and a massive trash heap by wild animals, bandits, a single deadbeat marine, and sort of by one (1) ex noble, alongside two other terrifyingly strong and weird children, one of whom was the ex noble in question

Rebecca is the target of every kind of sexism. Everyone tries to make decisions for her and ignores her fighting ability (I will never be over that stupid comment about girls looking better in dresses than armor either), she’s dressed in the most ridiculous and useless ‘armor,’ and she’s sixteen and referred to as a child more than once despite her blatant sexualization

Three redeeming factors: she was taught to fight in the first place, she was treated like a genuine threat as long as she was in the arena, and in the end she said fuck that to Kyros trying to make decisions for her and ran off

#this entire arc, #i kept hating the sexism directed at her, #rebecca, #dressrosa arc, #one piece, #sexism
9 notes · See All
ikebanaka·2 days agoText 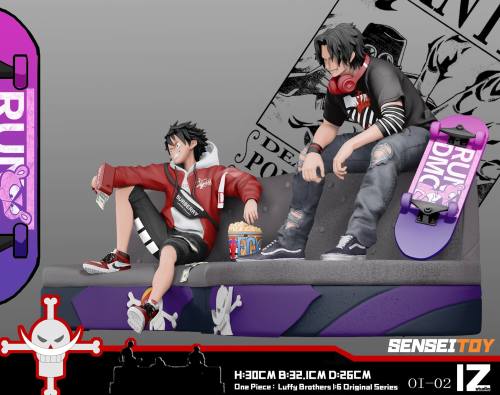 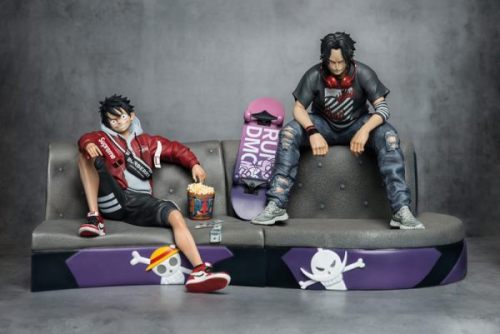 Reactions to meeting luffy for the first time!

Who’s reaction do you wanna see next??

They can figure out that Chopper loves cotton candy, but not that he is fully capable of speech and also a goddamn doctor

Hakuba, in the corner:

ASIANS, LATINX/HISPANICS, AND OTHER NON-WHITES ARE ENCOURAGED TO REBLOG AS WELL

NO ONE IS FREE FROM ANTI-BLACKNESS IN THEIR COMMUNITIES

#black lives matter, #when people call you out, #listen to them, #become better, #anti blackness
6K notes · See All
Next Page