This blog contains all the work i'll be doing in my animation assignments at the present and in the years to come.....Enjoy.

We looked inside some of the posts by illumistrated and here's what we found interesting.

Today I found a great resource for stock photo’s and illustrations that is completely royalty-free and the footage you download is yours forever. A great tool for someone like me who now wants to focus on compositing where I may need stock footage for the videos I make.

For a seven day trial signup with the URL: http://www.graphicstock.com/dudesoup

A screencap showing my project within After Effects, for anything major I tend to rename the layers to make sure I keep track of which ones need to be above others such as blurs or vignettes to give a nice effect.

I’d say I need to get better at Pre-composing so I can better keep track of compositions and make sure I don’t overfill my main comp like I did this time. 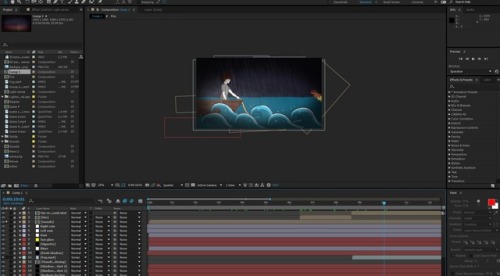 At the start of this project all the second years were tasked with coming up with a couple of ideas for telling the story of two live briefs, both of which are based around raising awareness towards two different problems encountered by troubled youths and telling their story about how they dealt with some of their problems as they’ve grown up as well as their new goals.

After our ideas were shown and accessed by our tutors and peers, the strongest ideas were chosen and the class was split into two groups which dealt with a brief each, in the end these groups named their respective works as shown below:

I ended up in a group with Margaret, Kelly and Hayley doing “Finding Family”, the original brief was about a young man who experienced a lot of troubles growing up due to some of his mother’s actions, even some from before he was born. The mans mother had already had quite a few children before he was born but had them taken off her by social services due to actions not specified in the brief. As he grew up, his mother married a man that he hated and was given a little brother that he grew to care for despite hating the little brother’s father.

While his brother was still a baby, his mother forgot about the chip pan and set the house on fire, the man saved his little brother and mother by telling her about the fire in the kitchen when he noticed.

The man grew up with the dream of joining the army but was unable to due to heart problems and was refused entry, ever since he said he lived without a dream or a goal….with the exception of going to see his long lost brothers, sisters and nephew in Scotland.

Our version of the brief:

We took some of the key elements and major points of the brief and used them to create a story about a boy stranded at sea all alone in a boat, we used rope connecting the boats as symbolism to represent the relationships between the boy and his family. At first the boy is connected to his mother’s boat, but the rope burns away, representing the fire, and his mother sails away, showing the rift that opened up between them over time. After his mother’s boat sails away, the boy pulls on the rope that leads him to one of his sisters, however the one it leads him to is D, a sister that he doesn’t get on with, apparently because of how similar they are.

Suddenly a storm approaches and another boat with his stepfather and his little brother appears, the little brother jumps into his boat but the stepfather is blown away by the storm. When the storm clears, they all meet up with the rest of his family in Scotland.

My specific role within the group was editing and compositing, this means I took all of the different files that the animators made and put them together into the full length animation. After doing this I applied some masks, vignettes, layer blending effects and blurs to make the lines from the drawings seem less harsh and to try and give it a generally nicer looking feel.

It was also my job to sync up any sound effects and voice acting with the animation and add any lighting effects that may be necessary in the scene, an example of this that I used specifically is the exposure layer I made over the lightning to give the illusion of light on the nearby clouds to make the scene look less flat.

I found a great tutorial on how to draw realistic hair in photoshop, a guide that will come in quite handy for my 2 minute animation where I plan for my “Protagonist” to be kind of realistic.

Short blender render I made

Sometimes it’s necessary to add an outer glow to an object or drawing to add a certain atmosphere to it or simply to make it look nice, this is a rather simple thing to do when it comes to After Effects and is just as easily done in Photoshop during the “Drawing” phase but still id like to keep track of EVERYTHING I intend to use in the future on my blog.

Go to Layer > Layer Styles, and in this tab is a bunch of options you can apply relating to shadows and glows.

Over the summer, I’ve decided to focus on After Effects and compositing and I’m going to use this blog as a sort of bank of data to keep track of all the different effects and a rundown of how to do them.

A simple yet EXTREMELY useful tool within AE that allows you to create arrays of particles such as rain, leaves, glowing orbs and pretty much anything you want related to large amounts of particles is called “CC Particle World”, unless the other 2 “CC Particle” related effects “Particle world” creates a 3D space within After Effects allowing you to create a 3D effect with 2D PNGS, leading us on to number 2.

I created a separate section for this just to give more of a focus on the “How to” aspect, since replicating this effect is a bit trickier than it sounds. The idea here is to draw a high quality leaf or blade of grass in Photoshop (Or whatever, I use Opentoonz) and export it with transparency as a high quality PNG….basically I don’t want a background with the leaf.

it’s easier to explain the process of the next part using bullet points:

I know that this is a very roundabout way of doing things….but nothings ever easy when it comes to After Effects so just follow step by step and hopefully you’ll get the result you want.

I’ll keep adding more effects over the coming weeks, some of which will require me to create an asset bank, for example, my next effect will probably be the “8mm Film” effect which will require the use of an overlaying video file.

Hayao Miyazaki made some notes on animating characters running cycles, even more relevant to me now that I’ve started using Opentoonz as my main animation tool.

Another animation I just did, not spending huge amounts of time on detail but I’m slowly getting used to OpenToonz, its layout and how it runs….too bad it’s still pretty buggy on Windows 10, I have to make 2 backups incase it randomly crashes with certain tools……or…just for no reason.

1 second fire breath animation I made in Opentoonz, starting to get the hang of it, it has weird quirks you wouldn’t see in lightweight programs like flash where to apply effects you have to go into a schematics tab and hook things up for the values to take effect.

It also only renders as batch outputs, so it’s necessary to compile your sequence of PNG or JPEG images in a program like After Effects to create your animations.

Toonz, the program used by both Studio Ghibli and the production studio that make Futurama has today become open source under the name “Opentoonz”, so I decided to make a one second animation in it to test its capabilities as well as to myself become familiar with it and make some more things with it. 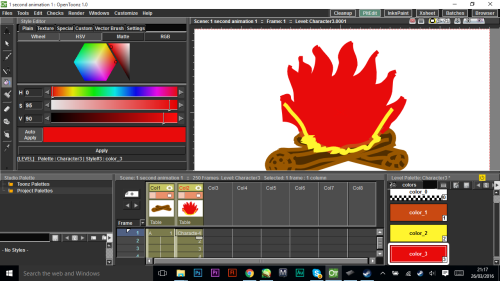 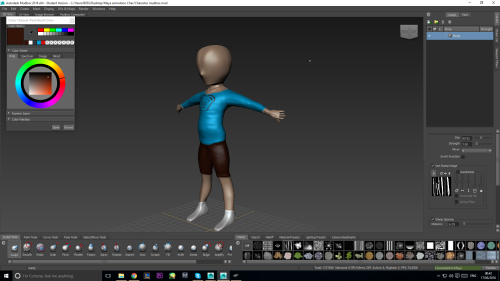 Decided to do some modelling, probably won’t be able to do my entire animation in Maya in under a month but I can probably drop some 3D objects into a 2D plane and use it as a prop within my animation. 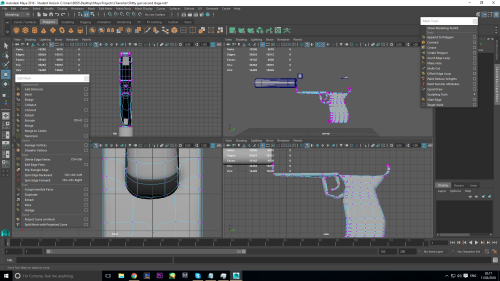 Just a little progress update, doing some character animation for my 1 minute main project, this sequence just shows a sneeze, i’m going to be animating on 2′s for the majority (if not all) of my animation.

Working on the new animatic for my story, going at a good pace, already 1/5th done and I’ve still got the rest of the week to work on it, plus I’ve managed to get the backgrounds for the finished product done in the process. Looking good. 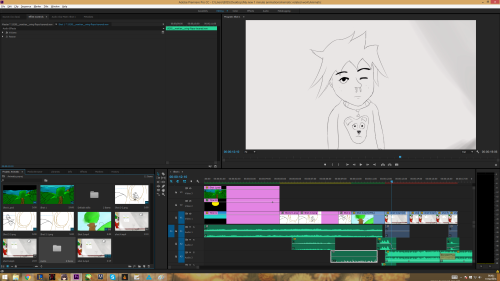 Decided to try out “Toon boom”, might do some of my 1 minute animation in it, i’m slowly getting used to the interface, it’s actually a lot easier than the beast it makes itself out to be when you first open it. 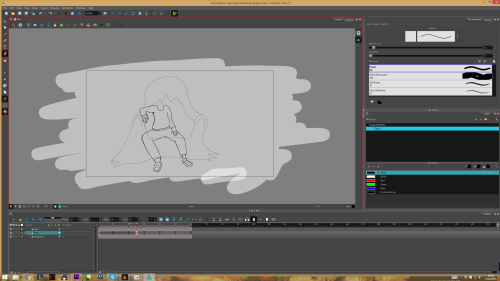 Found a REALLY good tweet from some online animators of Satoshi Kon explaining directing and camera cuts and how to avoid awkward shots. Really interesting.

Thought I don’t usually follow the youtuber in this video, Jontron’s latest video shows LOTS of different styles of art and animation by lots of different animators in a collaboration music video, I feel like this video is a GREAT reference video for showing people just how much impact a different art style can have.