She/Her - 16 - Insta- incorrectquotesbybustajuice Incorrect quotes from things I like based on stupid shit I say. Mostly marvel but there might be the odd one that's not.

We looked inside some of the posts by incorrectquotesbybustajuice and here's what we found interesting.

Tony and Steve having an intense starting contest, literally face to face

Tony: I will spit on you like an alpaca.

Rhodey: Oooh, what an insult.

Peter: This depression sucks, can I return it??

Peter *Sipping on a juice box*: Your grammar is terrible, my dudes.

The amount of unhinged sass in this man

I love rhodey so fucking muchhhhh

Welcome back to our weekly rec list! We hope that you had an amazing week, and if you haven’t already, don’t forget to check out our story rec and author shout out! Thank you to all those who participated in the vote this week, we can’t wait to see you next time!

Will you still love me (of course) by Coal_burningbright

Part of my trick or treat special on tumblr this next month- a drabble requested by @littlemissagrafina “Maybe a lil irondad drabble about Peter coming out to Tony? Sexuality/identity etc can be your choice:))” and so here it is

Peter needs to get new shoes but he can’t find any small enough for him in the mens section. He almost starts crying from dysphoria. Good thing Tony is there to help.

“I’m not sick, okay?” He pulled a splinter from his palm.
“Then what is it? You got hemorrhoids?”
Actually, Megan, I can’t sit anywhere. I have hemorrhoids.
Peter let out a defeated groan of discomfort.
“No, Mr. Stark, I don’t! I have cramps!”
The groan of discomfort turned to tears as Peter hunched in his seat, shame too heavy for him to sit straight.
“Well, shit, kid, you shoulda just said,” was not the response Peter was expecting.

he could put it on. he could, of course he could, but it’s 12:07 am on a sunday night (monday morning? he does not care) and his roommate is asleep and he really should be too. putting on his binder now would be like admitting defeat, because he’s should be sleeping, not desperately trying to avoid having a breakdown at 12:07 am in his dorm room while his roommate is sleeping ten feet away.

it’s everything else. which is funny, because usually it’s his chest - it’s the most obvious issue and the one people are most likely to notice - but now, at 12:07 am on a sunday night, he’s picking apart every single other part of himself that doesn’t match how he wants to be.

Facial hair, is all May’s text says. Tony doesn’t understand, and then he does.

Or: Tony teaches Peter how to shave.

Something is making the Spider-Kid nervous, and Tony just wants to help.

Peter Parker comes out to Tony as a trans dude. Brief descriptions of anxiety, ends in fluff because I love my childe Peter :)

grinding up rocks with your molars by ftmpeter

“Thanks, kid,” he says sarcastically.

Peter accidentally wears his pride pin to the lab.

Rebloging to find later my dudes 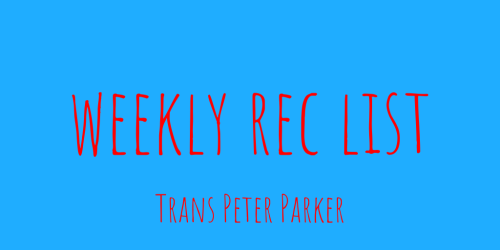 I was today years old when I learned that when you type “otp: true” in AO3 search results it filters out fics with additional ships, leaving only the fics where your otp is the main ship

Here’s a cheatsheet of all the available hidden search functions. “-creators:[whatever]” is another exclusion that can be particularly useful.

WoOoOoOw, this is safe keeping

This makes me so happy ☺️

Yesssss😭 I damn near cried

I LOVE THIS OMFG

Can someone help me understand I wanna cry to ..I feel something went over my head

The woman in the bathroom is trans and is scared that if she comes out of the stall the women that walked in will insult or harass her. but when she comes out they compliment her on her dress instead. The add ends with saying “stress tested for women.” It means Secret is including trans women in their definition of women.

I have reblogged this three times now, each one mentioning the fact that Secret not only included a trans woman, but that they /had the other women compliment her dress and treat her with respect/. I will reblog this every time I see it because it’s so important. More companies should involve trans people in their marketing - we do exist. Props to Secret for getting in on this movement. It makes me really happy to see more of the trans community represented in daily television.

Reblog the shit out of this

This is fucking amazing

2 minutes left to repost this masterpiece 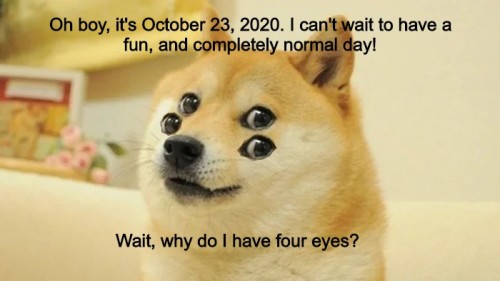 Peter: Have you guys done your daily sacrifice for the day??

MJ: “daily sacrifice for the day”

MJ: That’s not what I mean.

MJ: Isn’t that the definition of daily tho. 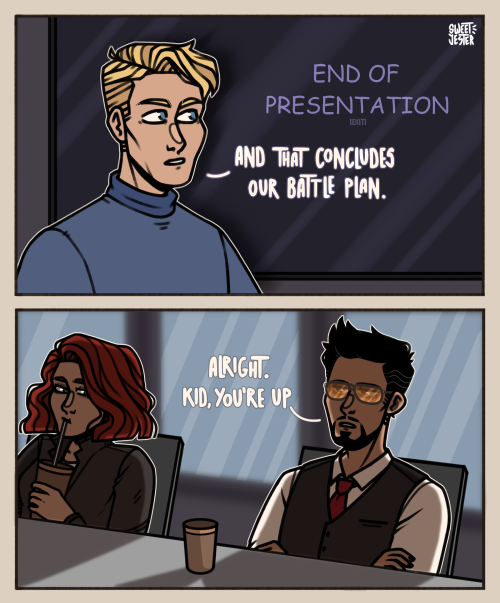 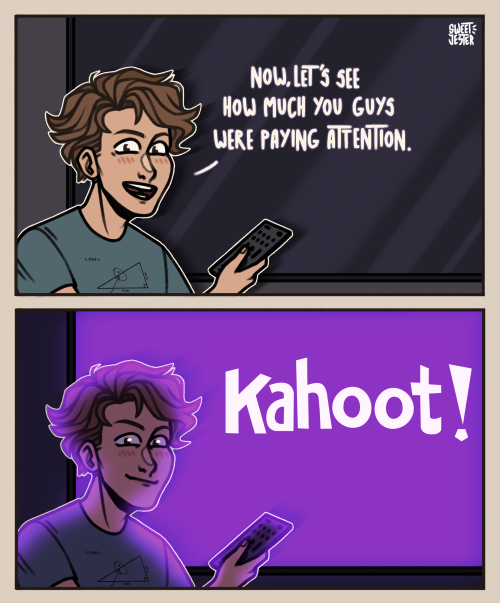 Tony*holding a cup of coffee*: I love you.

*Peter, Pepper and Rhodey all turn towards him*

Tony*waving his hand*: Not any of you guys.

Tony* in a gremlin voice*: But this drink.

i havent tried to paint anything like this in a long time and it shows ;A; anyway here are some…… baby engineers…………

Yessssssss, I love MIT Tony and Rhodey and I wish to seee moreeeee 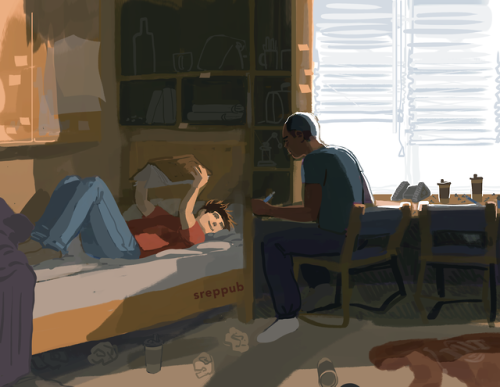 Ned: Fuck me yourself, you coward.

Peter: No thanks, I refuse the offer.

Peter: However, that was a tasteful response.

Peter *sleep-deprived and on his 9th cup of coffee*: If you sleep before 4, your mum’s a hoe.

Tony Stark is a Good Dad™

Peter’s hands were shaking. He decided that today was the day; he was finally going to tell his father figure, Mr. Tony Stark (Doctor actually) about his sexuality, or lack of. He’d done months of research, trying to find anything that could clue him into how Mr. Stark though about LGBTQ+ but the search came out dry. “Hello, Mr. Parker,” F.R.I.D.A.Y spoke, making Peter jump from his thoughts, “Would you like to go to Boss’ lab?” It was a rhetorical question really.

“Yes please, F.R.I,” he replied. His heart beat increased so high that it was worrying, even for his spideryness. The lifts doors opened with a ding and Peter stepped out of the enclosed space. He made his way to the kitchen to grab a snack before making his way down to the lab. He slowly walking while opening his packet of crisps till he was outside the frosted glass door. He took a deep breath before placing his spare hand onto the ID pad. The door made a beep, signalling that it was unlocked and peter pushed the door open. The music that was previously blaring decreased to a more normal level.

“Hey, Kid.” The mentor spoke as he lifted his gaze from the invention on his desk, eyes crinkling as a smile graced his face.

“Underoos, how many times do I have to tell you, call me Tony. In fact, call me anything other than Mr. Stark, that’s my father.”

“Okay, Dr. Stark,” Peter quipped with a smirk as he made his way to Tony.

“I walked right into that one. You’re a little shit, you know.”

“ Well, what can I say. I learnt from the best,” Peter plopped down on the stool next to Tony, “ so, what are you working on?”

“ Something Spider-babies don’t get to know about till they have finished their homework.”

Peter sighed, “fine,” as he dug around in his bag to find the sheet of homework he shoved in last minute and tried to straighten out the wrinkles before getting started.

Tony sat quietly tinkering with some parts as Peter worked on his homework quietly, which was weird. He didn’t even come into the lab rambling about his day like he usually did. He glanced over to Peter who was staring into space while chewing on the tip of his pen.

“A penny for your thoughts, kid,” Tony spoke softly, trying not to startle the kid.

“You’re quiet for once and that’s unlike you. I don’t even know what you got on your maths test today.”

“Hey, what’s up? You never call me sir anymore, I thought we were past that.”

“Kid, what ever it is. You can trust me”

Peter took a breath, “I’m just going to say it and get it over with,” he look at his fidgeting hands.

There was a pregnant pause before Tony started laughing.

“Was that all kid. I couldn’t care less about your sexuality,” he chuckled before sobering, “ but thanks for trusting me, underoos.”

Tony looked in disbelief at Peter, “Kid, you didn’t think I was straight, did you?”

Peter’s mind finally caught up to the conversation. “Wait, Mr. Stark, you’re not straight?” He questioned.

“No kid, I am very much bisexual.”

“What, you couldn’t find my many sex tapes and other scandles.” He joked before changing his tone, “not that there’s much out there. My dad and Obie covered most of it up. Something about bad press.”

Tony mustered a half smile at the kid, “ No problem, Spider-baby. Anyway, I’m tired of tinkering, let’s go watch a movie and order Thai.”

“Yes, movie time,” Peter spoke with excited before rushing towards the door.

“Calm down, Pete,” Tony spoke as he rose slowly from his chair, knees and back popping as he moved, “ Don’t think you’re able to get out of basically saying I’m your dad as well,” he shouted after the hyperactive teen, smiling to himself.

I'm really really REALLY anxious right now, for no reason whatsoever. Think you could hook a sister up with some, Tony helping anxious Peter fic reqs?

I HATE WHEN THAT HAPPENS I’M SO SORRY!!! Hopefully these fics can help you a little bit!! 💜 (big thank you to @canonismybitch for sending me some of these)

I’m gonna start with a shameless self-plug *ahem hope you don’t mind *ahem*, I have this ficlet, It’s Not About How You Say It, But About What You Say that’s about Peter being anxious before a presentation.

And I have a couple where Tony is the one with anxiety and Peter helps him, I know it’s backwards but maybe they’ll help you??? Safety Net and Let Me Help You

As for recs, here’s some that I hope you enjoy:

Will I ever Make a Sound? by SaluWriter

hence the balloons by iron_spider_suit

Petvengers (Or, how Peter tricks NY heroes into pet adoption) by Lurafita

chocolate chip cookies (alternate words for i love you) by hopeless_hope

I Don’t Want to Talk About it Anymore by Bees_and_Wasps

Hello! My Name Is Peter by @canonismybitch

I hope that can get you started!!! I hope you feel better soon. As someone who experiences this too sometimes, this will pass and you will be just fine, hang in there 💜💜💜

Bucky: *whispering into his ear at 4am* Hello Sam. Your adam’s apple is coming along nicely, my friend

Sam: *Screaming* WHAT THE FUCK DUDE.

You know, I forgot starker existed for a minute and now I need to bleach my eyes.

4 notes · See All
Next Page