We looked inside some of the posts by julianflora and here's what we found interesting.

I’m with you till the end of the line.

Never have I been so wrong in all my life.

Don’t worry #Finn it’ll be okay! - Are you sure about that #Poe ? These #stormtroopers actually know how to aim! #Lego #StarWars #StormPilot #FinnPoe #fn2187 #PoeDameron

I’m with you till the end of the line. #Lego #Stucky #CaptainAmerica #TheWinterSoldier #Bucky #Steve #tChalla
https://www.instagram.com/p/CDWL5QkjGRC/?igshid=1csk78tnksaio 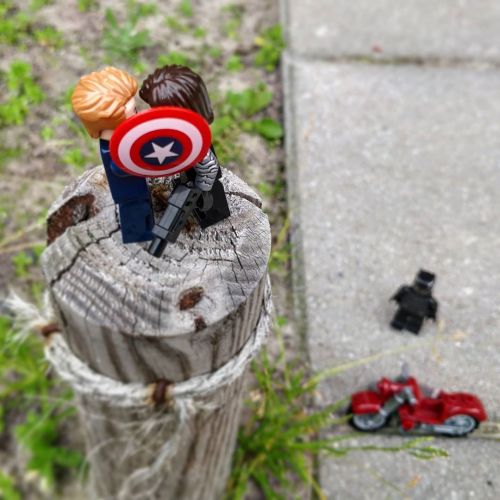 Sugar, spice, and everything nice
These were the ingredients chosen
To create the perfect little girls
But Professor Utonium accidentally
Added an extra ingredient to the concoction–
Chemical X
Thus, The #Lego #PowerpuffGirls were born
Using their ultra-super powers
#Blossom, #Bubbles, and #Buttercup
Have dedicated their lives to fighting crime
And the forces of evil!
https://www.instagram.com/p/CDGmeHvHL8Z/?igshid=1crsq5f2i9or5 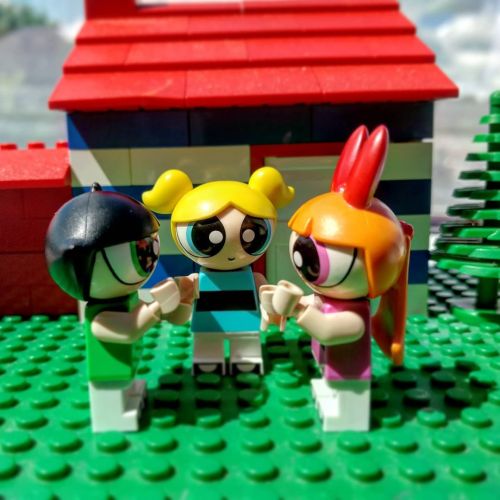 Winter’s a good time to stay in and cuddle, but put me in summer and I’ll be a… happy snowman! #Olaf #Lego #Frozen #Anna #Elsa (at Arendelle)
https://www.instagram.com/p/B_NMVCMjGR9/?igshid=1mp4pmyxebm2w 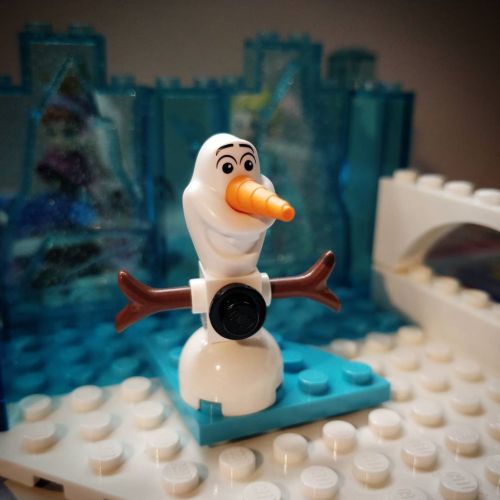 A closeted boy runs the risk of being outed by his own heart after it pops out of his chest to chase down the boy of his dreams.

It’s here! After a year and a half of hard work, we are both so excited to finally share our film with you. Thank you all for your support and encouragement - this film means the world to us, and your kindness and enthusiasm has made this journey all the more meaningful. It is our great pleasure to share with you this labor of love, and we hope with all our hearts that you enjoy watching it as much as we did making it.

This is making me laugh harder than I should be I think.

With Liberty and Justice For All. 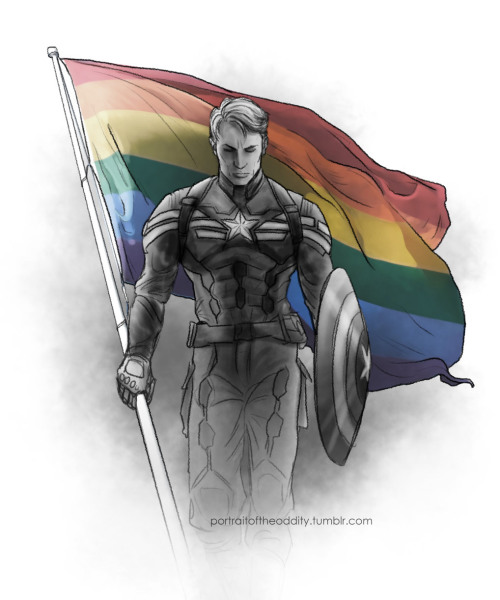 We saw that #GiveCaptainAmericaABoyfriend was trending on Twitter and thought… doesn’t he already have one?

So it’s 3AM and It’s just occurred to me that the most telling scene in the entire Harry Potter franchise is the scene following the announcement of the participants of the Triwizard tournament.

When Harry’s name is pulled out of the cup, literally one of the first things he is asked is “did you ask an older boy to put your name in the cup for you?“ or something to that effect, insinuating that, that was something nobody prepared for and that it was something that totally would have worked if anyone had been smart enough to figure it out.

However, in an earlier scene a student is turned into a hundred year old man when they try to artificially age themselves with a potion and put their name into the cup. Meaning someone trying to dangerously age themselves with potion they aren’t familiar with was something the teachers genuinely considered to be more likely than someone asking for fucking help from another student.

In other words, the wizards in Harry Potter’s world are so reliant on magic that it doesn’t occur to anyone save for people like Harry that asking for help is even an option in a given situation. This explains why wizards are so fucking ass-backwards at everything, they’re so confident that their magic is capable of doing everything for them that it has never occurred to fucking anyone that perhaps asking for help from the muggle world might be of some use.

Think about it, the wizarding world hasn’t changed in hundreds of years while in that same space of time the muggle world has figured out fucking space travel. I know it’s a cliché to say to say someone could have fucking shot Voldemort, but seriously, somebody totally fucking could have, he killed like 50 people, he was effectively a terrorist, if anyone in the wizarding world bothered to ask for help from the muggles instead of just telling them there was an invisible asshole flying around shooting death curses at everyone, they may have been able to help.

Pretty much the only reason Voldermort thinks he’s better than muggles is because he’s able to kill them with impunity using magic, something he’s only able to do so easily because muggles don’t understand what magic is. Voldemort is basically like a fucking disease, he’s an invisible, lurking entity preying on mankind from the shadows like a cowardly piece of shit. You know what else did that? Smallpox and we stomped that to death the second we understood it. That’s the difference between muggles and wizards, when muggles don’t understand something, they figure it out.

And here’s the kicker, the only reason muggles don’t understand magic at all is because the wizarding world deliberately withholds information about it. However, even if the wizarding world kept doing that, it’d only be a matter of time until a muggle figured out what magic was and how to stop or harness it because that’s what humanity does, it pushes past what we think is impossible to see what’s on the other side. We didn’t understand the sun as a species originally and now we use it to power satellites and smartphones.

The wizarding world isn’t a realm of infinite possibilities, it’s a universe of strict limitations where boundaries are never questioned. The muggle world is where the real magic happens. That’s why during the course of the Harry Potter books, which are set between 1991 and 1998, the muggle world (our world) discovered dark matter, cloned a sheep and invented fucking MP3s while the wizarding world were literally paying some dipshit to figure out what the purpose of a rubber duck was.

Wow, I really shouldn’t think about this stuff when it’s like 3AM, it gets kind of dark.

And do you guys remember the awesome science wizard?

I mean, he can do wandless magic. Only the most powerful wizards can do that! Not even flipping Voldemort could do that! And how do you think he’s done it? You can see it there: ‘A Brief History of Time by Stephen Hawking’.

He practically understood the ins and outs of magic by reading quantum physics and books like these. And the author of the book? He’s a muggle. This wizard not only learned how to use magic, but learned about the world through muggles and muggle findings. He could beat Voldemort if he wanted to, but I guess he wanted to expand his knowledge more than battling it out with this sore eight year old throwing a tantrum over blood purity.

There are more important things than blood purity, and the muggles know that.

I’ve been doing doing some research into possible names for Stiles, and this is the closest one I could find.
Meonenim.
The fact that it also has so many supernatural features to it, especially the “enchanter’s oak” which instantly makes me think of the Nematon.

I now accept this as canon. 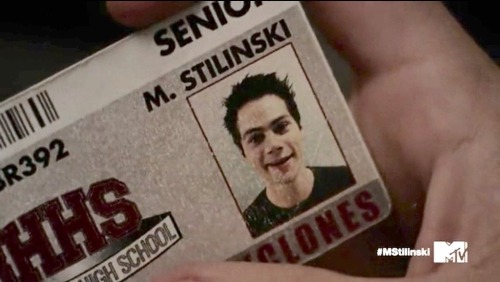 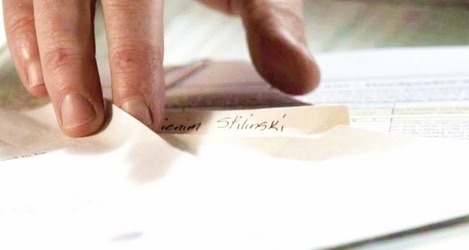 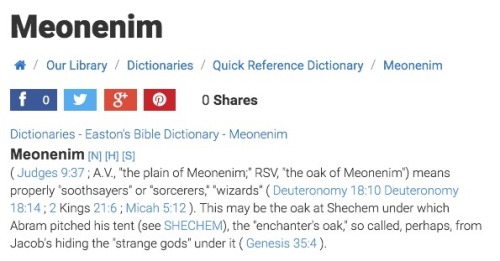 Another Child Sacrificed To The Rainbow Worm

YOU HAVE JUST MADE MY FUCKING DAY!!