We looked inside some of the posts by kaizokuseb and here's what we found interesting.

may I present an alternative take

Honestly? People say this site is either terrible or dead or both but if you can find your own little niche and just like,,, have some common fucking sense and not interact with groups you don’t like it’s actually one of the easiest websites to make your own. Idk I significantly prefer the general concept, layout and vibe of this site and of my lil tumblr niche over other social media’s. It’s just not the same elsewhere??

#all of this, #tumblr is also comforting, #i started here when i was like 16
93K notes · See All
kaizokuseb·11 hours agoText

and i’ll tell you…

i would literally die for Es 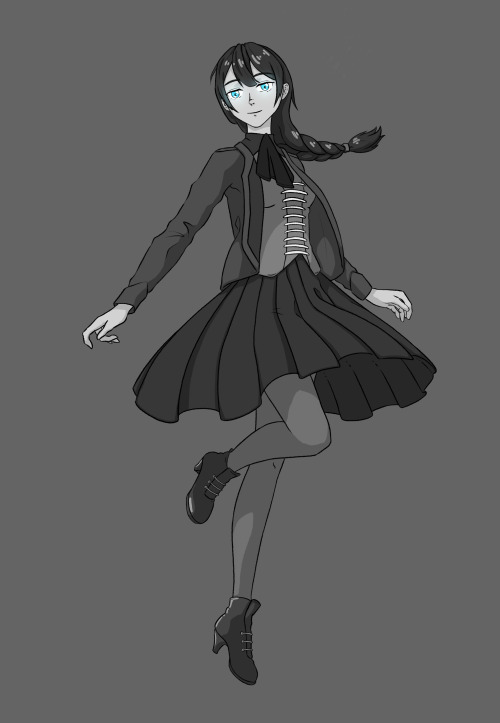 Alter Ego is a very weird, dark game that i’m sort of in love with. there are three endings, and it feels a little like Doki Doki Literature Club, though less hopeless and graphic. just very philosophical. plus really good book recommendations

#alter ego, #caramel column, #i spent most of today playing it because i really wanted the good ending, #im in love with es
0 notes · See All
kaizokuseb·17 hours agoText

Putting these two together because I think they need to be together but I think Sanji’s the first one to not give a reason for not joining Luffy right away. Zoro said he was tied to the post for a month, Nami said she’s a thief, and Usopp wanted to look after his village if I’m remembering correctly.

I just needed to make sure more people saw this.

I want those fucking shoes man 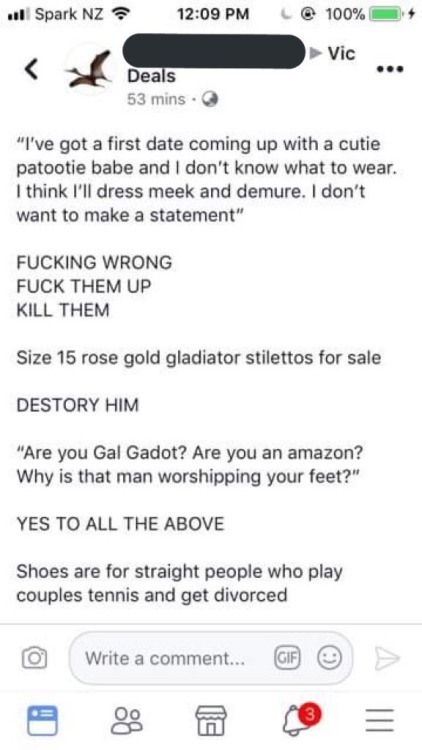 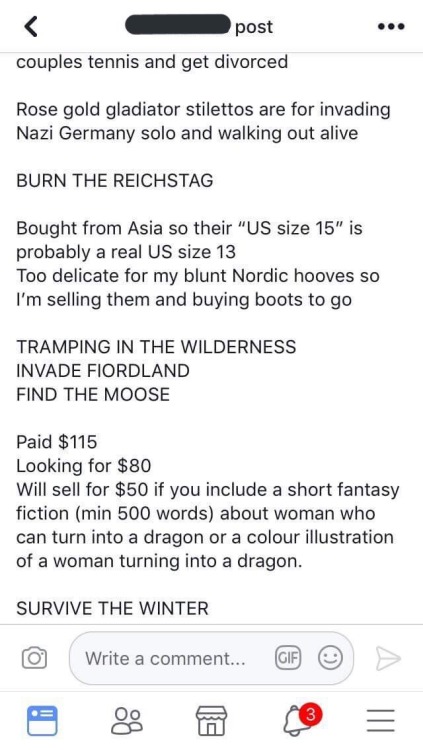 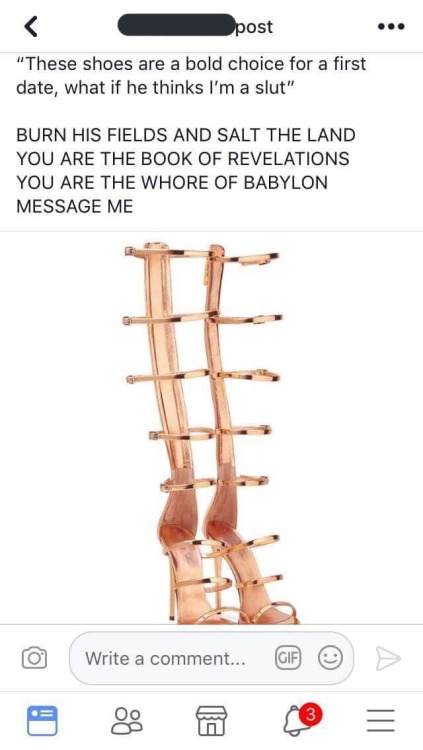 I like to imagine that over the course of time the Straw Hat’s become so close as friends that they’re constantly low-key watching out for each other’s mental health. Some head canons:

#strawhat pirates
2K notes · See All
kaizokuseb·18 hours agoAnswer
The fact that Chopper is STILL marked as the Straw Hat’s pet makes me believe that marines think the Straw Hats just don’t have a doctor. That it’s just a 10-stack DPS team wrecking their way through the ocean, their bones held together with tape and glue.

Random marine looking at the straw hats: How the fuck are you even alive? YOU DONT EVEN HAVE A DOCTOR?!

Chopper about to break every bone in their body: 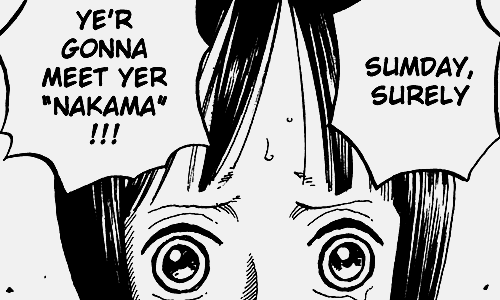 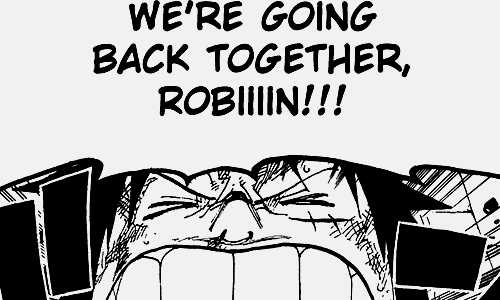 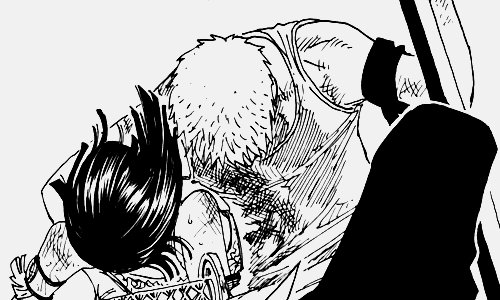 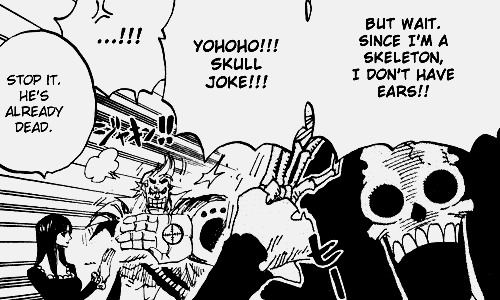 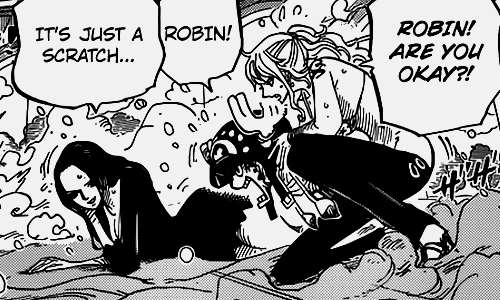 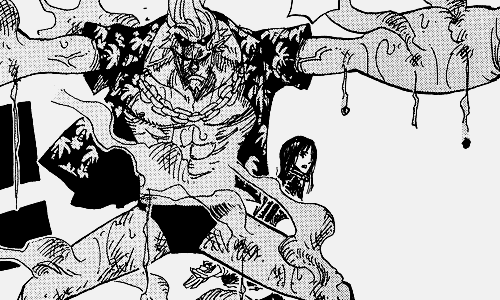 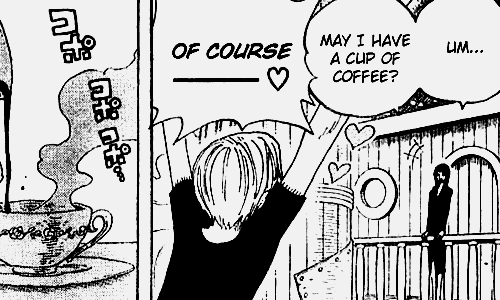 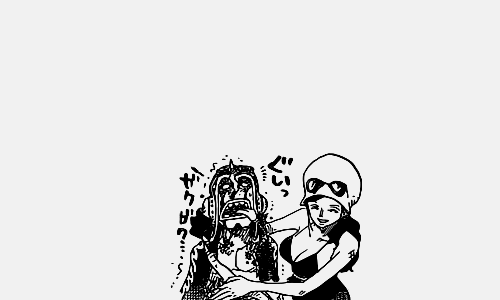 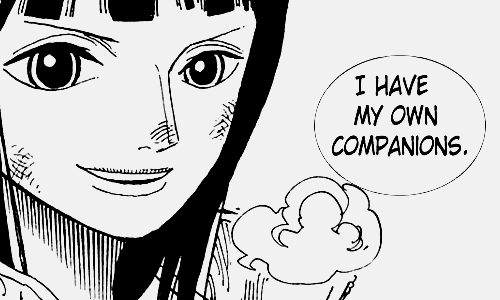 i’m happy with my decision to spend my gems

It’s as done as it will ever be. 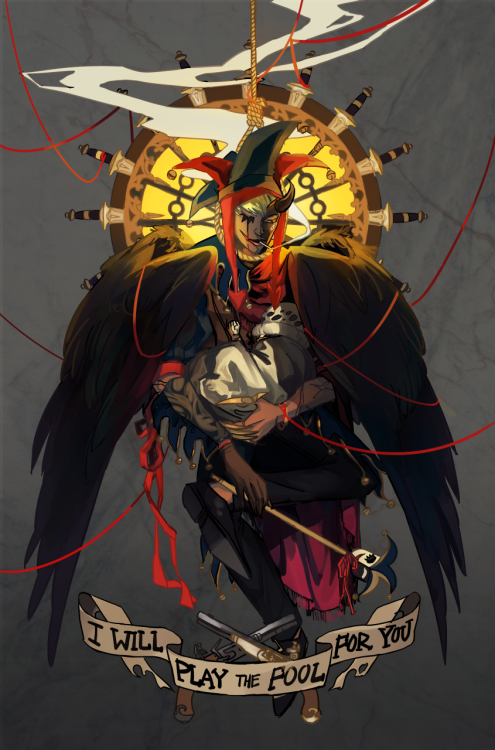 #this is so gorgeous, #corazon, #law
793 notes · See All
kaizokuseb·a day agoPhoto

#i didnt expect it but he pulls it off, #law
255 notes · See All
kaizokuseb·a day agoPhoto

read : be my friend

I AM IN LOVE WITH THIS HEADCANON !😊 I have always wondered how these two met since they are my fav’ characters in op and wished oda had wrote some backstory about how they ended up being friends!this is so cute and emotional !

@yurimother haha I think you will love this art 🤗 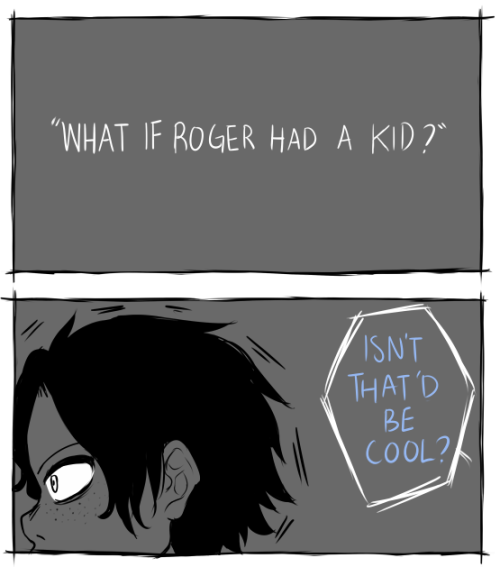 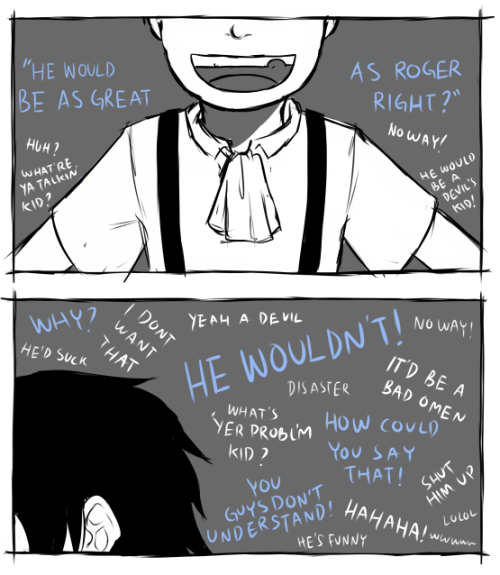 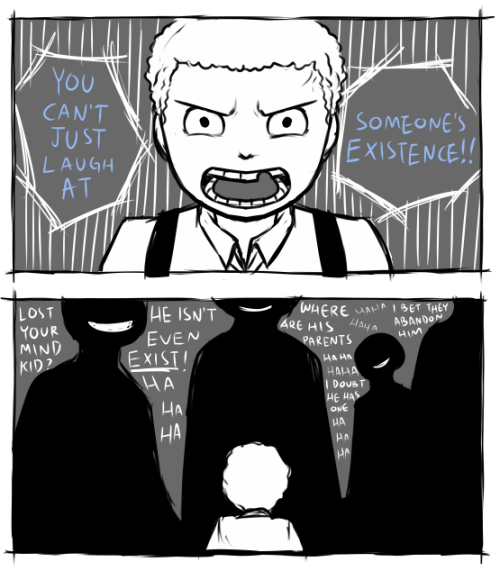 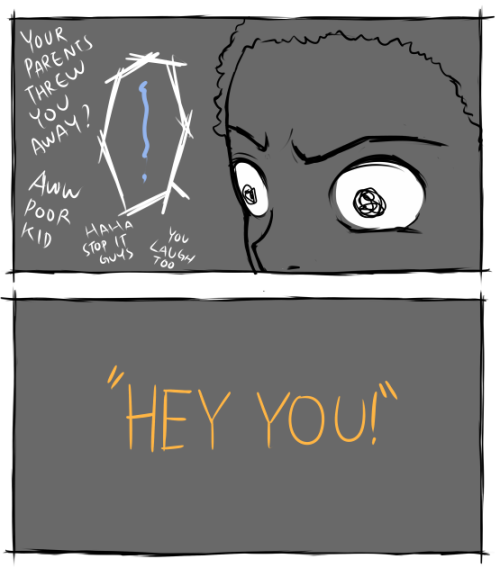 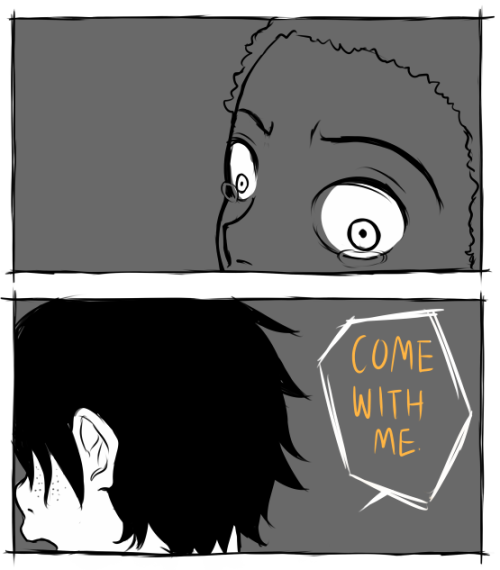 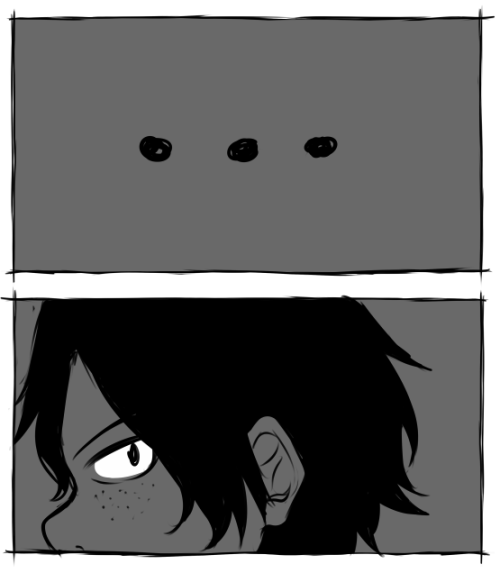 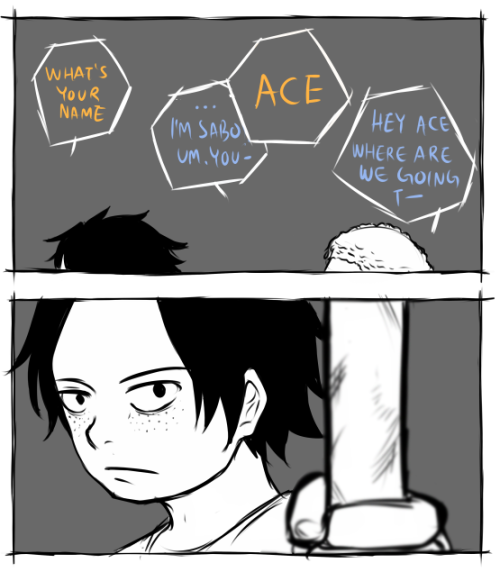 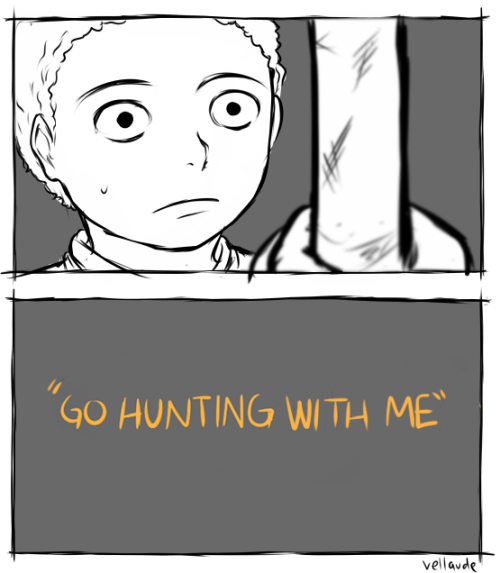 Not So Easily Replaced

(Ikkaku is pissed at how idiotic her crew has been while on Amazon Lily, so she does what she’s always done - vents about it to Law to let off some steam. Unfortunately, when an argument breaks out between them, she’s left to wonder if she’s really appreciated by her nakama)

“Ugh!” Ikkaku growled, stomping into Law’s office with his second afternoon coffee and a selection of onigiri on a tray. Normally lunch delivery wasn’t her job, but since all the men had been “too busy” fawning over the women of Amazon Lily outside, the menial task had fallen to her; otherwise their workaholic captain wouldn’t eat. “I swear, Boss, if we don’t set sail soon, I’m going to strangle every guy on board!”

“Hmmm,” Law grunted absently as he poured over his notes. Ikkaku didn’t hold his monosyllabic response against him—he’d spent the past few days fixing up that Straw Hat kid and the Fishman. On top of that, the extensive treatments had basically depleted their medical supplies, Straw Hat’s freak-out upon waking up had wrecked more than half the operatory, and the Kuja had been pretty stingy with letting them replenish their food and water from the island, so she was sure he had plenty on his mind. The dark bags under his eyes attested to that.

That didn’t mean she wasn’t going to vent, though. Honestly, if she didn’t, she’d probably snap and end up going on a killing spree or something. Only Bepo and Law would be spared; the Mink had no interest in human women and thus hadn’t been an obnoxious Neanderthal, and Law had been too focused on keeping his patients and crew alive to drool over Boa Hancock.

Hell, when her captain was like this, Ikkaku could literally say anything and he wouldn’t even register it. It took a lot to snap Law out of his thoughts, and he’d never really seemed to mind when she ranted at him to let off steam. Mainly because once she was done, she was usually calm enough to take care of the situation herself, leaving Law in peace and with a non-murdered crew. A happy engineer made for a happy submarine, after all.

Setting the coffee and onigiri down onto the desk, Ikkaku continued, “They act like they’ve never seen a hot chick in their lives. I mean, what am I, chopped liver? They should be thanking the gods that they get to look at my gorgeous face every damn day!” The statement was accompanied by a dramatic toss of her curly hair. When Ikkaku felt strongly about something, she tended to gesticulate a lot, and this was no exception.

She leaned against the edge of Law’s desk, hands waving about as she ranted. “Not that I want them to start lusting after me, but it hurts a girl’s pride, ya know? They could at least acknowledge what a hot piece of ass I am instead of acting like I’m some ugly hag.” She clenched her fist as she recalled how, just that morning, Shachi and Clione had basically given a lecture to the whole crew over breakfast about the superior physique the Kuja displayed compared to the average woman. There had been charts and everything, and to her dismay the silhouette for the “average” woman looked suspiciously like her.

anyone here ever think about sanji going from calling zoro’s dream stupid to getting to his feet when half his body is bleeding and broken and begging kuma that he could take sanji’s life, future, and hopes of ever seeing the all blue, but to please. please. let zoro live so he can fulfill his dream of being the greatest swordsman. let his life be worth that

Kiro’s never been my favorite but i need this card