Hey, i am a multi-fandom person. I am from germany, 23 years old, she, cis, bisexual, SuperWhoLocked, Stormpilot, Hannigram af and proud member of the TJLC community 🐘🌈 Icon by @jolivira_art

We looked inside some of the posts by kajaono and here's what we found interesting.

On the other hand again, the cases in Elementary are more easy to follow then the ones in The Mentalist. Elementary is fast, but focused. The mentalist is slower but most of the time has two secret lovers, one secret daughter and three people that are related and/or did work with eachother. And even with the slow storytelling it is difficult to catch up sometimes

In The Mentalist they are in their office space most of the time. Something happens. They sit down all together and try to solve the case. And they drive around and Jane is bothering people

In Elementary noone is really sitting down. Every case is discussed while standing in the corridor of the police department (which doesn’t looks so cozy like the CBI office). Sherlock is talking like a manic the whole time and IF someone (Gregson) finally sits down, Sherlock brusts through the door and 5 seconds later everyone is allready running around like maniacs again.

I love them both but the moments where Sherlock and Joan are just staying at home, drinking tea and doing non sense, like they do in the later seasons is so much more pleasant to watch

“What will you do Patrick, when Red John comes through that door? Hypnotize him?”

Searching Kristina Frey in Mentalist Wiki I stumbled over a few really old posts discussing who Red John is and if it could be Kristina. I wish I would have been there during that time. The posts are amazing! I miss meta posts like this so much

I never really understood what The mentalist was aiming for when they started the love relationship between Kristina and Jane, but rewatching the season 2 finale, i think the writers didn’t knew either. They have an absolut lack of romantic chemistry and are more a bantery BroTP then an OTP, but Simon Baker nevertheless plays Janes love and angst for Kristina really convincing

Some white people should never allowed to enter an Asia market (in fact it is a Thai market). She walked in there, turned to her friend and said: They have all the really weird stuff here.“

A) super impolite, wrong and racist

B)… she was talking about banana leaves 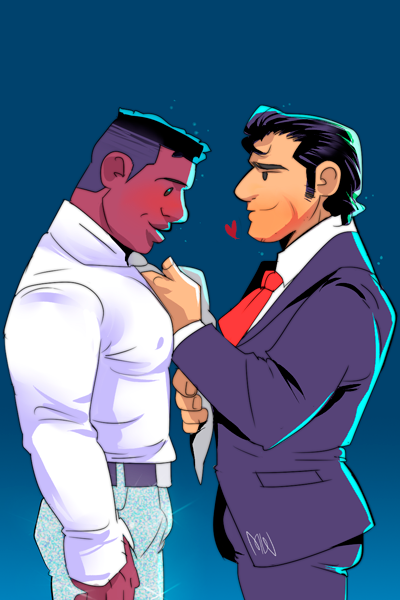 (which just goes to show that reality imitates art, because I’ve definitely read that fic)

Finn: tells Poe he’s not in a romantic relationship with Rey OR Rose 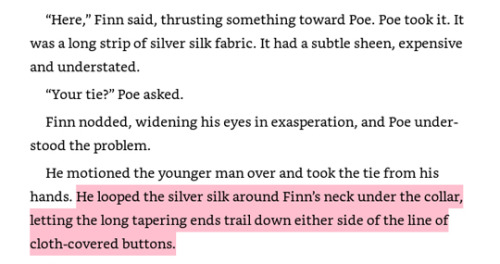 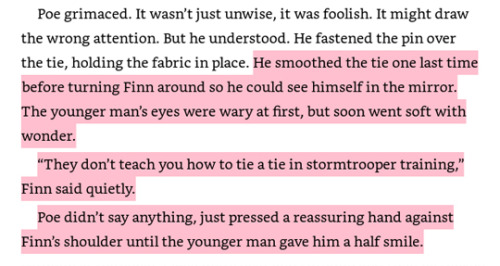 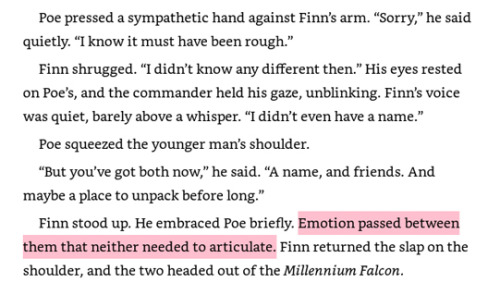 Is it a reasonable way to finish my master thesis by finally printing and binding „Tell me about the Big Bang“?! 🤔

But seriously, sometimes „Resistance Reborn“ feels like reading „Tell me about the Big Bang“

Just saw a ODAAT season 4 spoiler and I am so not mad (do not look at my tags if you do not want to know it!)

I recently went back and re-read Scott Westerfeld ’s Leviathan Trilogy and had a craving to do some fanart. It’s also a nice start for me to get comfortable in drawing humans. …I also low-key want an animated series/movies >.>

These are the main characters. Deryn/Dylan Sharp, Prince Alek and Bovril.

watson, absolutely shit-faced: waitwaitwait, but if inquit-, iniquoti… evil things send you to hell ‘n dophins are smart ‘nuff to do evil then are there dophins in hell?

crowley lying face down on the floor: not that i know of, probably somewhere else

aziraphale: must be a hell made just for fish, full of nets i assume

watson: what do you mean hell for fish they’re mammals

holmes so hammered he’s back in 1895: what are you on about dear boy, they live in the sea of course they’re fish

#how he managed it?#he might have asked holmes for a hand#listen after decades of being married to each other they learned not to ask question when stuff like this happens#sometimes you need to keep explenations to yourself just for dramas sake#so when your husband goes ‘hey love would you mind serenading the pumpkins for me?’ you better grab your violin and get on with it#no questions asked#good omens#sherlock holmes

– tags by @two-nipples-maybe-more, and I just loved the image too much to not repeat.

I honestly love this app dang much!! YO @celeste-tyrrell @books-andbiscuits @martemis1 DO ANY OF YALL KNOW ANYONE IN THESE FANDOMS WHO WOULD WRITW SOMTHINF FOR THIS?!? CUZ I WOULD READ THE SHIT OUTTA THAT

This seems pretty cool yo

oh this is hilarious someone should definitely write this

Rewatching the Mentalist and look who showed up!

the thing is. The Thing Is. a gay relationship shouldnt only be obvious to gay people who’ve been drenched in fandom culture for years. it should be obvious to literally anyone that watches/reads the thing, even if they’ve never even heard what fanfiction or shipping or whatever is. it shouldn’t need articles explaining “here’s why they’re actually in love!” it shouldn’t need word of god “i wrote this as a love story” confirmations after the fact because 90% of the people watching/reading are never going to read those things and are going to continue to not notice that relationship at all. and that’s the point, most of the time. writers/directors/studios/networks want to get credit for something Progressive while at the same time letting conservative audiences watch it without feeling uncomfortable because of course they won’t notice.

we deserve more than word of god confirmations and couples that won’t even fucking hold hands or say the words “i love you” because they’re too afraid of losing viewer/readership. yes you can love the thing and appreciate the thing and write millions of words on how beautiful the relationship is, but when other people are asking for something better, don’t get mad at them. we gotta demand more than scraps, you know?