Tried to switch roles between Ruby and Sapphire, from the episode “the Answer” my favorite one.

I thought it’d be nice to include the first sketches and studies this time. 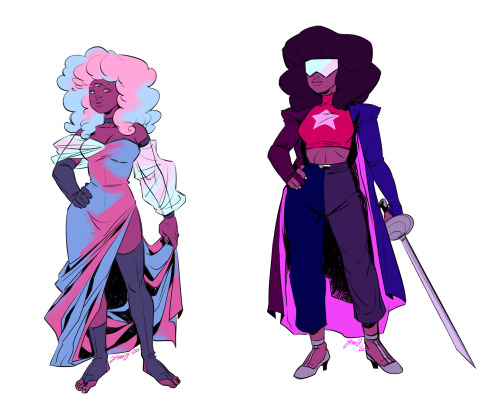 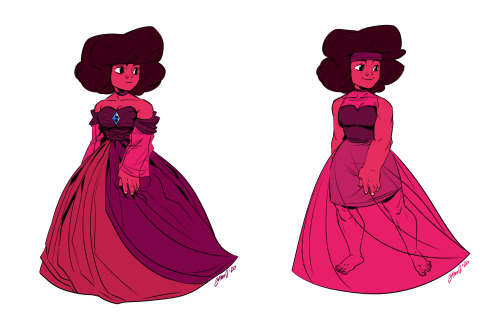 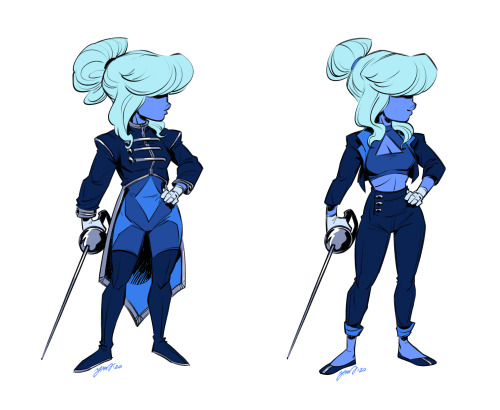 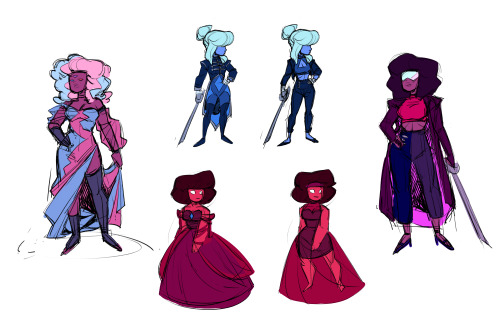 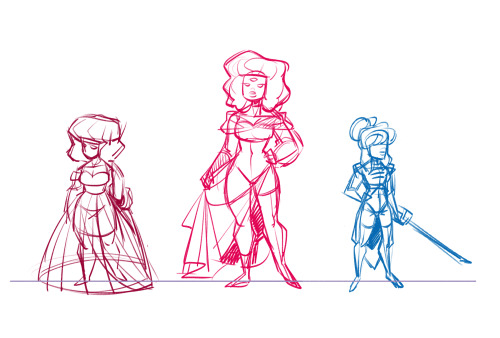 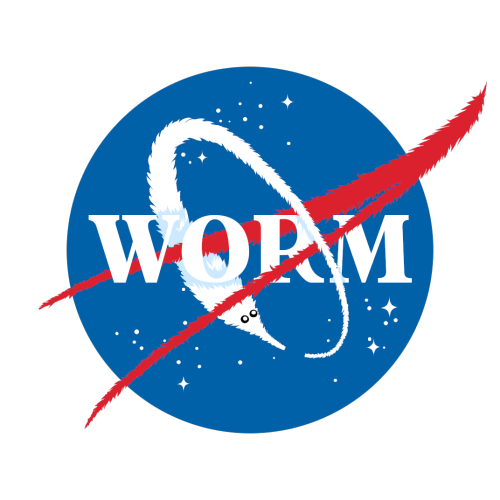 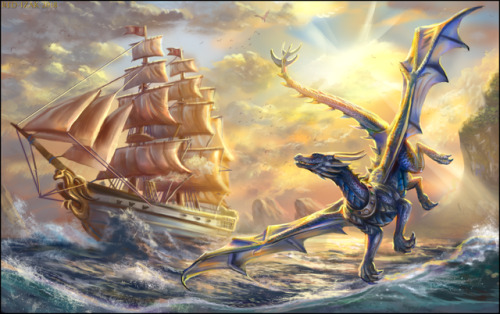 All I can really tell people is to read your Bible, pray to God, and love your neighbor. It’s easy for us to fall deep in the spiral of fearmongering and frantically turning to each other for answers on God or suffering or conflict or the state of the world, but we tend to lose sight of the One who actually can and will give us the guidance we need. Take a deep breath, pray, and trust that everything will work out through God’s will.

A lot of people want to study Japanese but think it’s too hard and that they will never succeed. That is really a myth, though. Here is why Japanese is actually easy.

1. All verbs are regular, there are only 2 exceptions

If you know French, this must sound like a dream to you. In other languages [like French] there seem to be more irregular verbs than regular ones. Not in Japanese, though. There are 3 groups of verbs, the first 2 being regular and very easy to conjugate. The third group consists of only 2 irregular verbs!

Japanese doesn’t have any exceptionally hard to pronounce letters. Unlike Arabic, German or Finnish, Japanese should be quite easy to pronounce for English speakers. Also, Japanese isn’t a tonal language like Thai or Chinese.

3. No genders, plural or articles

Anyone who studies a romance language [and many other languages that have that] knows how frustrating it can be when you use the wrong article or verb ending. In Japanese, it doesn’t even exist, so nothing to worry!

That’s true. It’s just completely different from English, but that doesn’t make it hard. After a while, it will feel completely normal. The best part about the grammar is that you can build a whole sentence with just one word. For example, if you wanted to ask somebody in English if they did their homework, you’d say ‘did you do your homework?’ Kind of long, isn’t it? In Japanese, you can ask by using only the verb ‘to do, can, be able to’ - like this: ‘done?’ Also, spoken, you can drop many words if you don’t really need them, especially particles! So if you’re not sure what particle to use, chances are you can just easily leave it altogether without the sentence losing its meaning. It’s easy to build sentences that seem to end in ‘…’, but that’s completely normal in Japanese and everyone will understand.

Sadly, there are some languages people don’t really care about or not a lot of people want to study/ are interested in. Japanese is not one of those languages. There are hundreds of books about Kanji alone! And so many courses for every level. Also, it doesn’t matter what you’re interested in - anime, manga, books, movies, game show, video games, dramas, music - it’s all out there and super easy to find, so you definitely will find something you can listen to or read to practice your skills.

No. They aren’t. It’s just a huge workload, it takes time and effort, but they are not hard.

At first, having to learn 3 writing systems will seem exhausting. But believe me, later, when you start reading, you will be so glad! You can detect if a text has a lot of foreign words at one glance if it has a lot of Katakana, for example, and you could say a lot more on twitter because of the syllabaries!

So actually, the 3 systems put together makes everything easier to read!

So please, just start studying and go at your own pace, and have fun studying every day ⭐︎

#japanese#languages#language learning
12K notes
kyanitedragon · 12 days ago
Link
In Quarantine, Kids Pick Up Parents’ Mother Tongues
https://www.nytimes.com/2020/09/10/parenting/family-second-language-coronavirus.html
<p><a href="https://linguist-breakaribecca.tumblr.com/post/629298518522298368/in-quarantine-kids-pick-up-parents-mother" target="_blank">linguist-breakaribecca</a>:</p><blockquote><p data-npf='{"subtype":"quote"}'><b>“With schools and day cares closed, previously dominant languages — such as English in Britain and the United States — are no longer as overpowering. Instead, children are hearing more of their parents’ mother tongues.”</b></p><p>This is… astonishing, and a very bright spot in a very dark time. Children are getting a chance to absorb more of their family languages and are permitted to practice them more, instead of being assimilated daily into a dominant-language-only environment. This means so much for the development of these children, the strengthening of family bonds, the expansion of cultural norms and expectations, and cracking the façade of the monolingual (primarily colonialist) cultures who say that it is one language that unites. The reality is allowed to flourish — that a nation can find unity in strife <i>and</i> speak dozens of languages while doing so. </p></blockquote>
#languages#life#quarantine
10K notes
kyanitedragon · 12 days ago
Photo 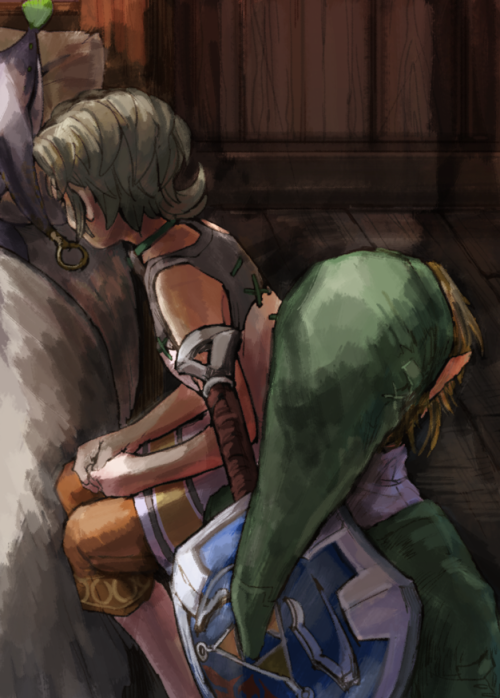 if he fits, he sits

Please remember that almost everyone around you is traumatized. I didn’t understand this when I was younger. I wondered why people acted so strangely and irrationally. Maybe all children wonder this. The author Robert Anton Wilson said (paraphrasing), “We have never seen a completely sane adult human.” No one makes it out of this life alive. It’s not their fault. Mercy, kindness, forgiving — these are what makes one human. They are other names for love. People break in the strangest of ways.

“Under the present brutal and primitive conditions on this planet, every person you meet should be regarded as one of the walking wounded. we have never seen a man or woman not slightly deranged by either anxiety or grief. we have never seen a totally sane human being.“ — Robert Anton Wilson

Your writing seems boring and predictable because

A person who has never read it before does not have this problem.

[ID: The Tom and Jerry pie meme. In the first panel, Tom, labelled “me, an aro”, looks at a piece of paper. The second panel shows that the paper says “two characters whose friendship I appreciate”. In the third panel, he looks up excitedly. In the fourth panel, he’s hit in the face with a pie, labelled “shippers”. End ID] 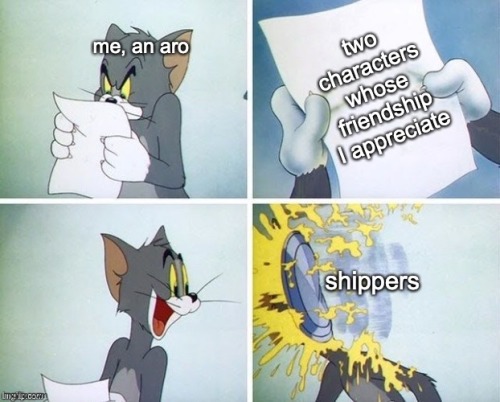 I love how John Mulaney always trends side by side with U.S. politics (specifically Trump) now. Like congrats internet, we did that.

Do you think when John Mulaney wrote his skit about horses and hospitals and Donald Trump that he had any idea how it would effect the population and his own career.

Because Inauguration Day is trending right alongside John Mulaney because he made one joke and it has become such a big part of humanity’s hive mind that we didn’t even need prompting, we just all turned to the same joke. Billions of people and we all know and make this joke.

That is very fun and sexy of us. Human beings really were like ‘oh we’re not a hive mind? Lemme just make an international connection anyway, just for fun. We call it the internet, because humans should have a little communal thinking, as a treat.’

I was like 15 when Trump got elected so it was like the first presidency I was really old enough to pay attention to and having my introduction to politics be this freak show was like getting baptized in a tub of mayonnaise.