We looked inside some of the posts by leucrotta and here's what we found interesting.

tired: shut up when the adults are talking

wired: if a lizard looks inside your mouth you will NEVER have teeth again

okay, who tf put this monolith in my toilet? 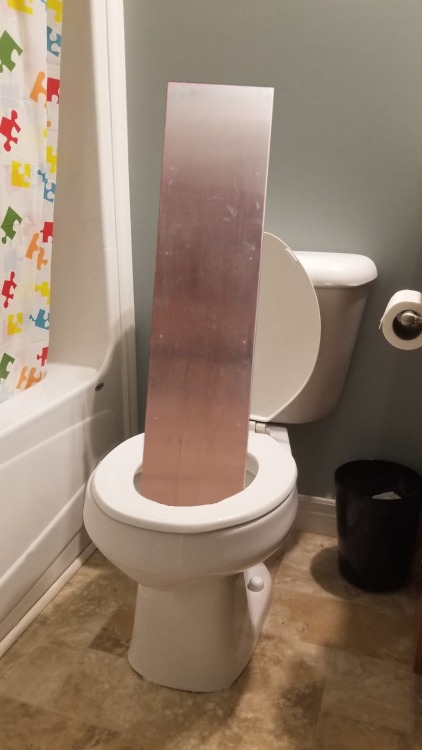 #monolith memes, #this is apparently a thing now, #what a world
37K notes · See All
leucrotta·2 days agoText

Work in progress as I try to learn watercolors.

My friends: Why do you keep making GOO Warlocks?

A series of pieces based off of common urban fauna with the aim of reminding people of traits in them we could all do well emulating sometimes, and celebrating the ability of nature to carve out a place in any environment. 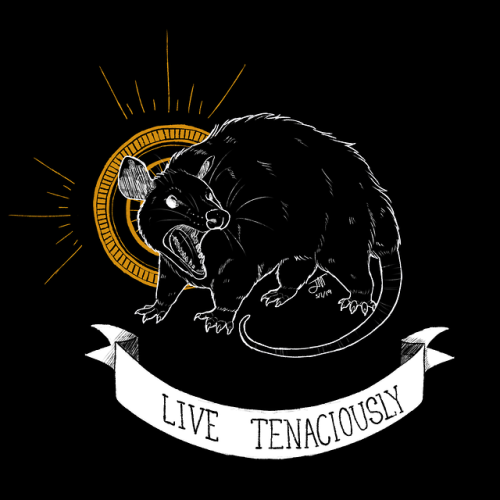 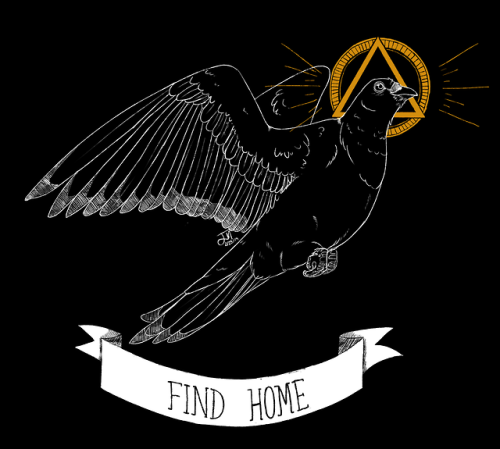 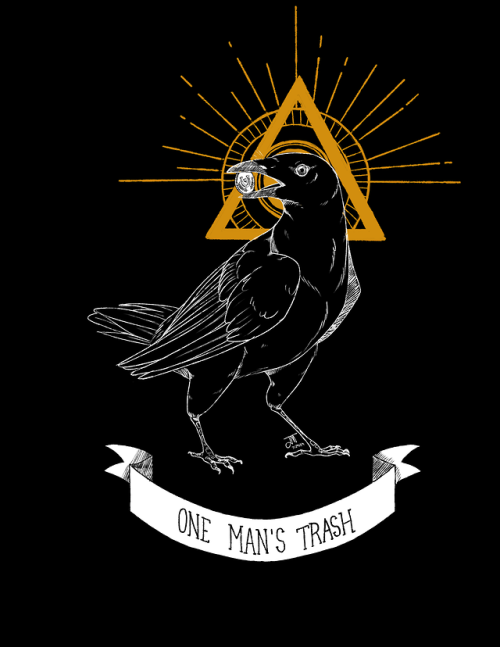 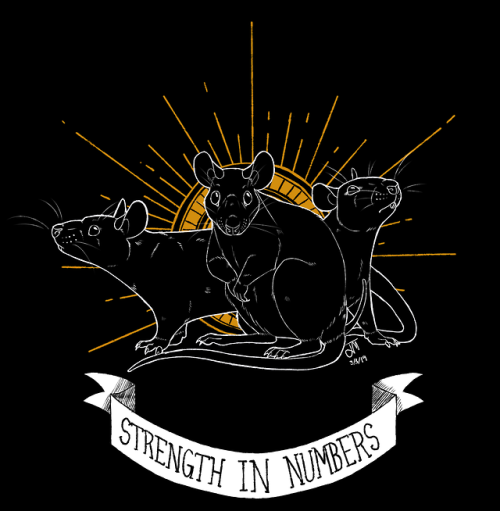 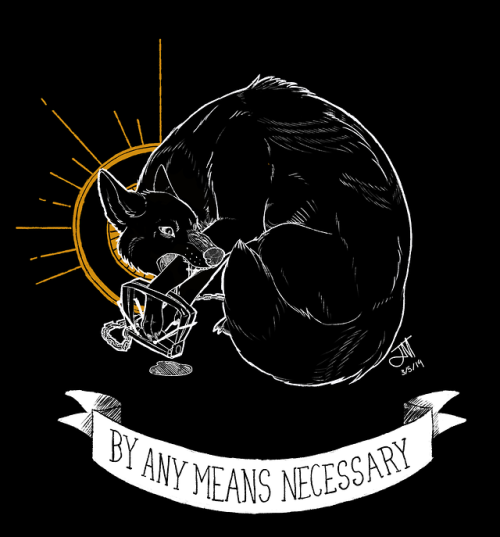 #I made such a noise when I saw this, #hamsters, #adorable, #good
34K notes · See All
leucrotta·4 days agoPhoto 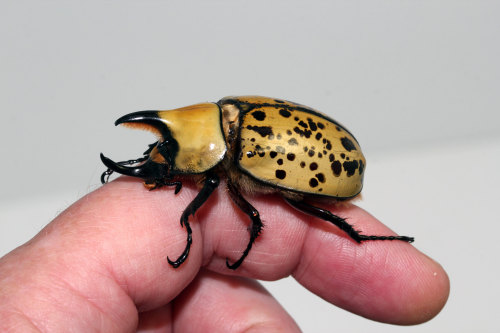 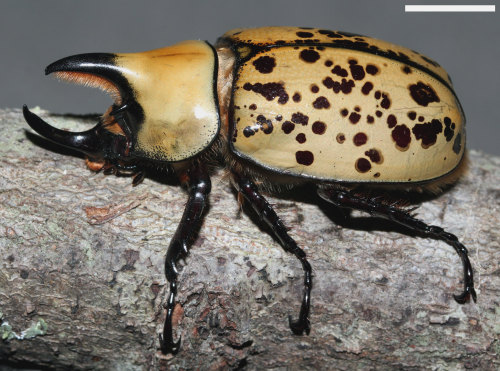 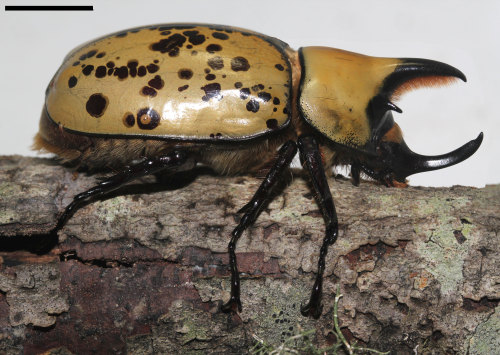 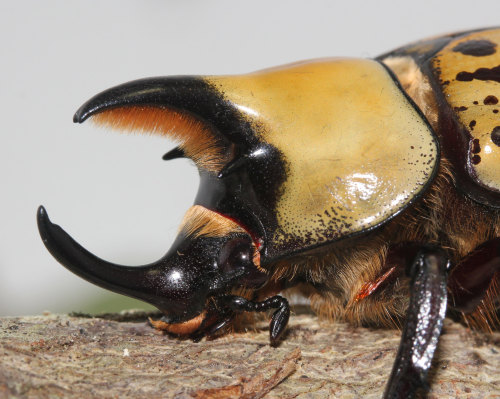 question: why does Ark Encounter, a religious propaganda “museum” that, among other things, proclaims that a) Noah hand-fed pterosaurs and b) the government is covering up evidence of a second biblical flood on Mars, have some of the BEST prehistoric reconstructions I’ve ever seen?

the top guy is Pakicetus, mother of modern whales. next is a Dicynodont, Cotylorhynchus (a RIDICULOUS stem-mammal), and an Istiodactylid pterosaur.

but truthfully, what I’m most desperate to see is the diorama of giants being fed to a beautiful Carnotaurus

no joke, this is the first place I’m travelling after the pandemic

There’s an interesting documentary on amazon about the origins and construction of this museum, it’s called We Believe In Dinosaurs. If nothing else, it shows you some of the artists behind these beautiful reconstructions, and a bit of their process, but honestly the whole story is fascinating. 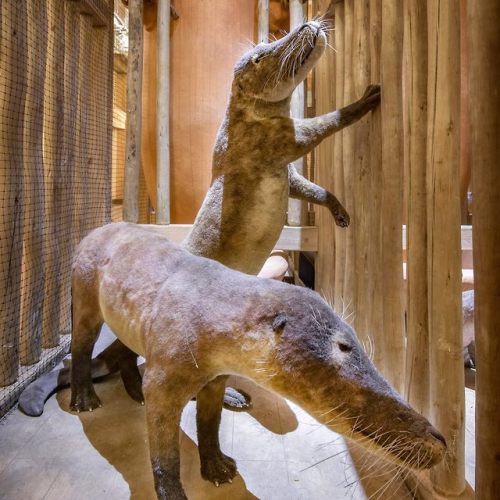 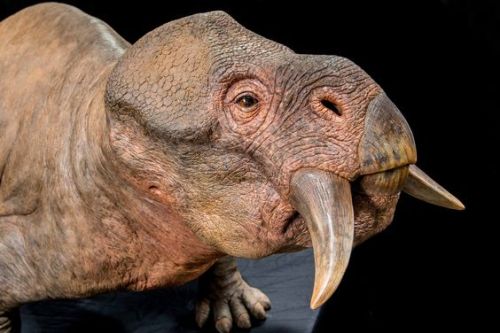 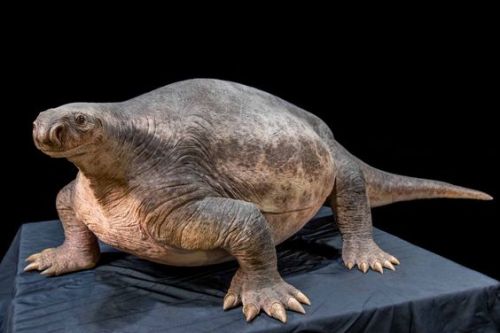 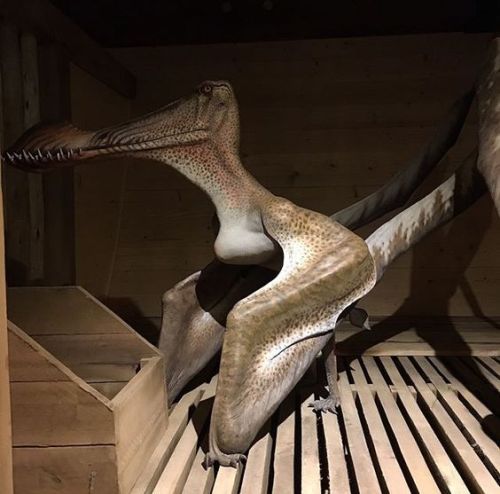 listen tumblr may have made it more inconvenient to block people but if you’re a disgusting te*rf or ace*phobe, I WILL go out of my way to do it. and all your disgusting friends while I’m at it.

turkey and azerbaijan are attacking armenia right now, and it’s 1915 all over again because the world is distracted and people are too busy wondering if they’re gonna live or die, and who gives a shit about my country anyway? my mum told me to tell my friends and explain to them what’s happening and that we are the victims in this war because azerbaijan is spreading lies and people are believing their lies and i told her, what good is that going to do? do you think anyone’s going to come to our aid? is russia going to help us? is america? is england? erdogan said they will finish what their ancestors started, and he means genocide. he means ethnic cleansing. he means to massacre every last one of us. and in doing so admitted to the very same thing turkey has spent 105 years denying. i don’t know who to tell and what good telling people will do because we’re a small, insignificant country, and we have nothing to offer to the people in power, the handful who rule the world. so i sit here with my pain and i feel helpless. i know there’s twitter threads and links to petitions and people being urged to contact their senators, and sorry if im being pessimistic, but azerbaijan has been attacking us for the last 22 years, and though we defend ourselves, we can’t do anything to stop them. they’ve violated ceasefires (and geneva conventions) multiple times. i don’t think they’ll rest until every last one of us is dead.

hey either reblog this or unfollow me

Watching this happen I’ve been so scared there is going to be another genocide and nobody would notice. My whole life I’ve hated how forgettable armenian people seem to be to the world. Protect armenian people or rot, please don’t turn a blind eye to us again. And same as above, reblog or unfollow.

here are some cold hard facts for those interested:

1. after losing the war in 1994, the az government spent the next nearly 30 years on a) dehumanizing armenians, b) blaming armenians and losing the war for the terrible socioeconomic state of the people in this oil-rich country while president and his family steal all of the money their oil produces, c) pushing armenophobic propaganda on the population since kindergarten age, d) oppressing and humiliating the other ethnic minorities living on its territories, e) regularly violating the ceasefire of 1994 whenever the internal situation get tense and the ppl get angry, f) selectively sending the youths of said ethnic minorities to the bloodiest parts of the frontline whenever said ceasefire violations happen, g) suppressing free speech, arresting journalists, harassing and threatening those who dare to voice their discontent, etc.

2. in early 1920s, josef stalin, in order to appease the new turkish “republic” and its leader ataturk, with the hopes of using turkey as the base for spreading the communist revolution further into asia, passed artsakh (also known as nagorno karabagh) with its 95% ethnic armenian population onto the new created turkic azerbaijan republic (a country that did not exist before 1918, that’s what newly created means), despite the opposition from the people of the region in question and the republic of armenia.

3. during the 70 or so years that artsakh was part of the azerbaijan republic as an autonomous region, the gov of azerbaijan did everything they could to a) suppress the development of the region, b) change the demographic of the region by moving turkic population to artsakh

4. in 1980s, the people of artsakh, utilizing their rights stipulated in the soviet constitution, petitioned both moscow and baku to be allowed to reunite with armenia. as a response to this, the azerbaijan government started large-scale repressions against the organizers and activists of the reunification movement. arrests on made up charges, threats and violence followed (more info on all that in the link provided below)

5. the people of artsakh then held a referendum as was their right under soviet constitution, and more than 90% of it’s population voted in favor of seceding from the azerbaijan republic. the response to this were the anti-armenian pogroms in baku and sumgait ( https://www.latimes.com/archives/la-xpm-1990-01-18-mn-305-story.html)

6. all this grew into the first artsakh war, which azerbaijan lost, as mentioned in point 1.

to sum it up: artsakh was never a part of the independent azerbaijan republic, during it’s brief 70-year forced az control its indigenous armenian people were oppressed via various government policies, the people of artsakh deserve to live a free and happy life in their homeland, free of threats and fear of annihilation that is sure to happen if azerbaijan takes control of the region

to them, it’s just a territory and they want that territory without the people.

for further reading, check out this comprehensive timeline of the artsakh history up to 2017( when it was written)

then, this: on what actually happens to armenian lands and cultural heritage when it’s in azerbaijani hands

Historic Armenian monuments were obliterated. Some call it ‘cultural genocide’

while you are at it, read up on the armenian genocide and keep in mind that turkey, specifically for this war, moved syrian jihadists to azerbaijan to fight against armenia and artsakh. read up on the kind of internationally banned ammunition azerbaijan has been using against the civilians in artsakh capital, and then maybe make your judgement.

oh, and if anyone tries to frame this as an islam vs christianity thing, send them to hell, regardless of the side they claim to support, bc this isn’t it.

I reblogged a post about this yesterday, but is there something we can do other than spreading awareness?

spreading awareness is HUGE because azeris are spreading lies (mainly on twitter bc apparently thats the only social media they’re allowed to use atm? i haven’t verified this but it checks out with the dictator in powet lol) and it’s really really really important for us to counter their lies with FACTS. like there’s far few of us and we don’t have any bots lmao so it’s really hard to get people to listen to us.

cardi b apparently made a post about it, talking about how there’s a genocide going on in armenia, and azeris started harassing her so she sort of backtracked and said something like “i didn’t know there was two sides to this” and like it’s not the only person they’ve done this to!

this video on twitter actually explains their tactics (the girl in the video is basically translating azeri post) how they target people who speak out in support of armenia and make them rescind their support.

so yeah. it’s important for us to fight against the misinformation. and i think i have no respect for any armenian person who chooses to not engage because the internet is our battlefield. this is where we fight because it’s the least we can do. (note i said armenian person, because i don’t think its fair to ask this of people who don’t have a personal stake in this war).

you can also donate here: himnadram.org

terfs do not interact

when we say we are being threatened by genocide, we are not exaggerating

#I don't have a twitter, #but I can do this, #factchecked, #armenia, #genocide, #upsetting news
64K notes · See All
leucrotta·11 days agoPhoto

like literally there will never be anything funnier than a vampire being like “my life sucks nobody has it as bad as me : (” and they’re literally actively murdering some random dude who was on his way home from his fucking 9-5 or whatever

This seems like an opportune time to remind everyone that vampires emerged as folklore because of people’s anxieties about the out-of-touch detachment, narcissism, and parasitic nature of rich people

welcome back to “leu ruins everyone’s fun” but, nah. vampires did not at all emerge as folklore because of The Rich. they emerged for different reasons in different places (like ALL folklore) but largely because of the misunderstandings about death and the natural processes of decomposition.

the aristocrat vampire wasn’t even a thing until the victorians. WELL after vampires were established folklore in eastern europe and elsewhere.

Goodnight out there, whatever you are.

#horror, #burial, #I know this is a phobia so just, #lmk if you want it tagged
227 notes · See All
leucrotta·12 days agoPhoto 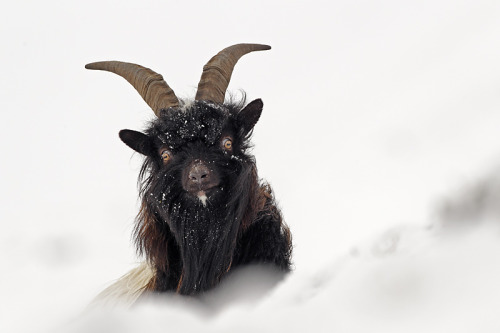 Agdgsgsgsg I’m LIVING for this Reef2Reef thread. This guy was worried about his urchins getting sunburnt so he made them little hats

In the wild these urchins will in fact carry a small rock or shell exactly on top like this and im so happy there’s people taking advantage of that and who care about their urchins as pets.

i visited an aquarium at some point, and our tour guide told that when the staff had a party, they put a little decorative plastic hat from a booze bottle into the sea urching tank, and just left it there because the sea urchins liked it, and kept taking turns in wearing it.

Into the Woods by Jayesh Thanekar 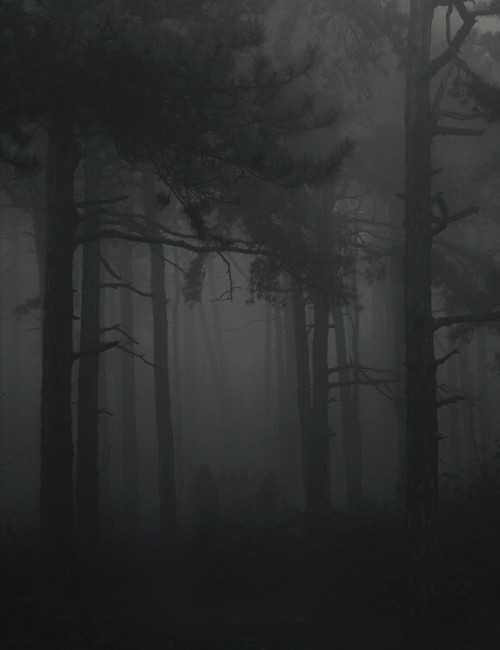