sent u a submission! another link to a post i thought was cool :^) hope ur having a nice day!!! ~Nap

i’ll read it after i’ve finished writing out the comment to your fic!!!!

also, hope your hands are warm and toasty now, and that you have something yummy for dinner!

#Nap#yeah today was#hmm well i am now the baffled owner of a lap steel guitar...?#yeah! gonna need to learn how to play it now tho lol#hope you're having a nice day too!
0 notes
little-seed · 5 hours ago
Text

the sun is still out!

i am in love with jillian tamaki’s quilts! 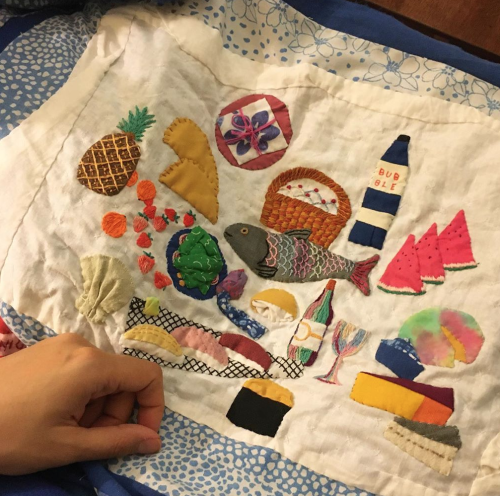 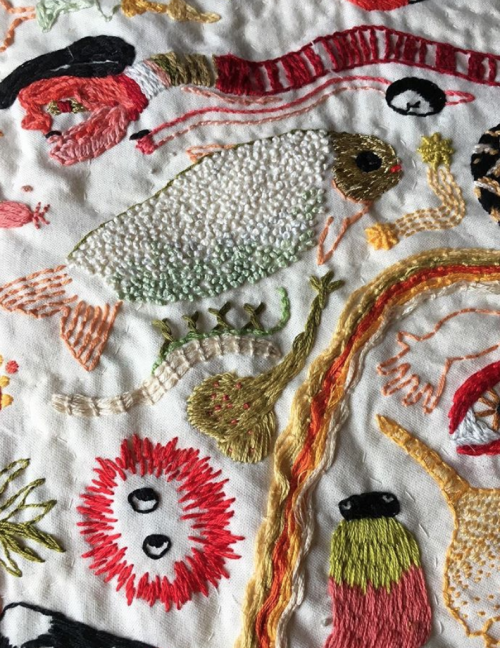 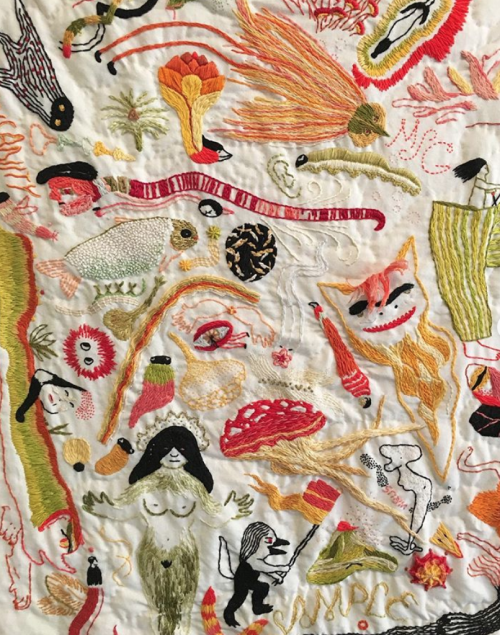 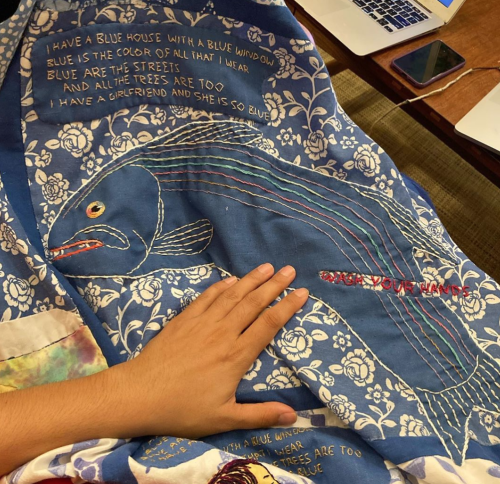 #q#JILLIAN TAMAKI THE CREATOR OF SUPER MUTANT MAGIC ACADEMY AND CO-CREATOR OF THIS ONE SUMMER???#*THAT* JILLIAN TAMAKI?????
12K notes
little-seed · 23 hours ago
Text

#what is the character limit? 10k??#i reckon i could focus things enough to stay under if i put my mind to it..#there are just a lot of things to point out and i keep! getting!! excited!!!
0 notes
little-seed · a day ago
Text

dni if you: live in a one-bedroom apartment by yourself, are over the age of 28, bleach your hair but poorly so the color comes out in that ugly orange, watch bad movies on purpose, have adhd and stim with your hands a lot, construct intricate rituals which allow you to touch the skin of other men, drink one stupid fruity non-alcoholic drink and then get sick in an alleyway, have a green belt in shaolin kung-fu, gave yourself a pun for a name, were ruthlessly and righteously mocked on public access television, write books about yourself, pretend you can see ghosts for attention and money, hate spicy foods, lie to kids but then later feel bad about it so you tell the truth anyway, forgot to bring your lunch to track and field day at school, try to punch supervillains in the face, try to shoot supervillains in the face, or ranked fourth in the national whack-a-mole championship

[Image ID: A picture of Ritsu Kageyama from the Mob Psycho 100 anime. He is a middle schooler with spiky black hair and light skin, and he is wearing an orange hoodie. He has a neutral expression on his face as he looks to the side. The tail of a callout box has been edited into the top left corner to give the appearance that the above post is part of a speech bubble. / End ID]

1 notes
little-seed · a day ago
Text

because of the pandemic travel restrictions?

Because of the pandemic travel restrictions.

#am not kidding when i say i had to turn off all the lights and the noisy space heater and crawl into bed with a heated rice bag#just to have ROOM in this body to regulate emotions enough for re(rererererere)reading and in just a minute writing#HHHHHHHH#ok all good#word time START but cannot yet guarantee word time end. might later be a word time pause#but word time START
0 notes
little-seed · 2 days ago
Photo

MISS U LOVE U 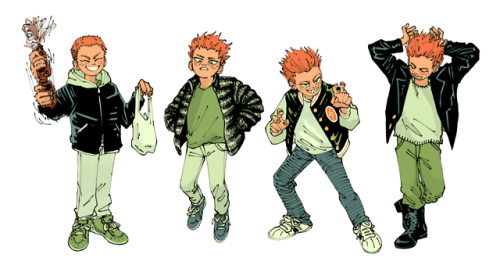 An extensive patchwork of farmland is seen here in Pondera County, Montana, USA. Located on the eastern edge of the Rocky Mountains less than 50 miles (80 km) south of Canada, the county averages fewer than 4 people per square mile. In the bottom left corner of this Overview is the town of Valier — population 509 — where agriculture and cattle ranching are the main industries. 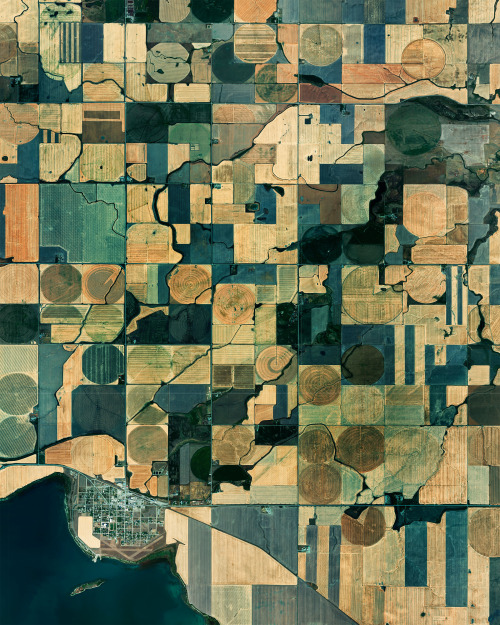 #q#i was thinking about that TIL ant-size fact#about how if humans were the size of ants the world would look so much darker#thinking about giants#thinking about Really Big Things#and how maybe space isn't that dark at all.#maybe we're just so small.#i mean we ARE small.#but#do you ever think about how we aren't so different from the atoms that make us up?#are we--humans--closer in size to The Little Bits than the stars??#we have more in common with the ant already.#i wonder what a shrimp would see if it looked out at space.#i wonder what a camera would see if it were designed by a shrimp.#i wonder what i would see if i were 500 feet tall.#5000.#5 million.#i don't know how to reconcile the synapses in my brain#what's the difference#between me#and the animals living inside me#and the animals living on the outside of me#many of which get washed away when i take a shower#where do they go?#can they breathe underwater?#if we were the size of ants would we be able to modify our eyesight to see the world as we do now? would it be possible?#our experience wouldn't be any more or less true than the ones we have now.#that's important.#i think that's important.
993 notes
little-seed · 2 days ago
Answer

OH and also!! before i pass out, thank u for the songs!! better words later, but it makes me :^)) very happy!! (another "hap" word: happenstance. like... luck of the situation! idk? yea!) songs songs yes yes thank you very much!!! 🎶🎶 gn now again ~Nap

hhhhhhhhh friend i have. fic is posted! no more words, only sleep (its is *almost* 5am which is. better than my original goal YEAH) happy birthday!!! 🎉🎊🎉🎊🎉🎂🍰🍧 i am. sorry i cannot say more words rn bc i want to but!! i said lots of words in my gift :^D (almost... 4000 of them... this is an entirely different fic than the 6 i'd originally planned and all in ONE sitting aww yeah B^) still got it 👍) oh god im gonna go to sleep b4 i say anything more goofy than this so gn gm! 🌙🌞 hbd! ~Nap

im. OKAY YOU SLEEP you goodnight

#nowhere to direct it??? idk. whatever happens with energy.#did u know 'happy' and 'happen' come from the same root word? same as 'hapless': 'Hap' has to do with luck and fortune and circumstance.#it's funny--we think of happiness as an emotion but it's not#you could mmmmaybe get away with calling it a feeling lol. but it's not directly that either. i think... it could count as a mood?#but if you look at the origins of words it's easier to understand the behavior around them!#like.... when you're happy.... when you're truly happy... don't you want to share?#things happen#to someone happy i suppose that means a lot of things happen huh#to do things happily means to do them with a lot of luck and good fortune? maybe in a way.#and then someone who is hapless.. or a situation that is hapless. there's a stagnation to that automatically. a feeling of stuckness.#isn't that cool? (i mean--not for the person but in general. the usage of words.)#people talk about The Power Of Words as like#almost a tool of emotional manipulation#but#well okay yes okay absolutely that is the case#but also#*and* also?#the power of knowing what you're talking about.#knowing the history of what you're saying.#hmmm idk. it's like that passage from#something i don't remember where. maybe it was a book? an article?? about the person who took experts on a walk around the block#of some city and every single walk was different. a glimpse into a whole new world right under our noses. or..an elaboration we didn't know#we didn't know was happening right under our noses! lol.#knowledge does that! makes things bigger!!#think about the Pursuit of Happiness; or people saying ''money can't buy happiness!!!'' it can. it does.#we're not pursuing feelings here. it's a state of being. happiness is a state of being and *as such* is in constant flux.#i didn't understand that when i was younger (I SAY ON MY BIRTHDAY UGHGUGHGHG AHHHH) that it wasn't about emotions.#but i get it now that you can be glad and full of joy during even the most hapless times; and when you look for happiness in the#small things--it's not a feeling. it's not an emotion. it's a reminder that the world is constantly alive and moving on#and that you're still living in the interim and will be eventually moving on too. :^)
0 notes
little-seed · 2 days ago
Text

GOT A PARANORMAL PROBLEM?? 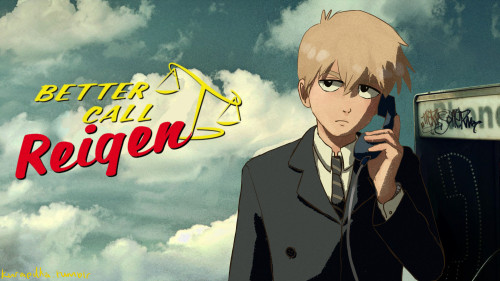 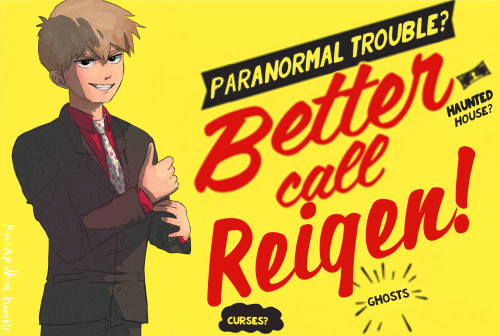 about an hour’s worth of more songs for Nap!

Would You Rather - Crusher-P ((the single version with the person smiling in the window on the album cover) file under songs that apply too specifically to personal happenings? :^) yeah,, but it’s a positive reminder.)

Shame Limbo - Convent Bonfires (KAGEYAMA BROS ANGST ANYONE?? it’s not a happy song but OH BOY does it make me excited in the worst way.)

Imaginary Friend - ABSRDST (???% and Mob LITERALLY MY FAVORITE UHH kinds of character songs just. hmmmm!!!! wanna draw a picture based off this song. would love to get a good enough grasp on words to write a story based off this song. love ???% LOVE ???% LOVE SHIGEO i wish there was 5000x more content exploring ???% and mob’s relationship…. shigeo’s relationship with himself)

Huwag Kang Matakot - Reese Lansangan (this song is soft and usually helps me fall asleep on nights it hurts to process words anymore but still wanna hear people sounds. maybe it will help you in your sleep endeavors too (if you need it) as life adjusts to your new work routine)

Overtime - Cash Cash (is this u)

(edit: ok the acoustic version really is so much better. it is, it is, it is. who cares about “high spirits”–we all need a moment to be calm and a little forlorn sometimes. the acoustic is way better.) Hugging You - Tom Rosenthal (ffffffic songgggg (THE ACOUSTIC VERSION W/ BILLIE MARTEN IS ALSO RLY RLY GOOD (tbh i like it a little more??) but it’s a tear factory it’s a crying song it’s a Missing People Song and may as well be a tribute to 2020 despite having been made in 2017 geeeez. geez! this version–the one im showing you–feels more… enthusiastic! high spirits.))

valentine (prod. flavors) - atlas (tis the season~ also, idk any of their other music but atlas is popular and uses they/them pronouns! how cool is that!!)

Sugar Popped Sunshine - Static-P (not to be confused with Crusher-P?? (anime album art… im getting weird Cleveland, Ohio, bot music vibes (only half /j (Crusher-P makes a lot of vocaloid music.. bot.. get it :^P (im rly funny))) BUT what was the point here… OH the first time i heard this song i wasn’t listening to the lyrics and thought “ooo a good villain song” but upon looking up the lyrics, it’s actually a rly sweet, simple, encouraging song??? idk you might like it!)

GMF - John Grant (this song is so teru it hurts. it’s so teru it’s funny. it’s a painfully slow 5 minutes and 13 seconds of lungs seizing on the brink of laughter. this is premob teru. and teru-meeting-mob teru. literally every line is like “wow there is no way this could get more funny/relevant” and then the next line happens. IT’S SUCH A SLOW SONG THO. but teru listens to rock. it’s fine.)

when you sent me that song list the night before my trip, with all those annotations, it really made my morning (as well as a fair bit of the following weeks), and i’ve been too distracted to find a way to tell you that you doing that meant a lot.

okay now i’m the one who has things to do in four hours!! goodnight! 🌙

#Nap#music#(<- gonna get organized FOR REAL this year!! like.. at least a little bit)#also!!!#uh!#something.#idk i need to sleep gn#OH#ghhhhghhhfhf it's there it's a thought but i can't grasp it so maybe later#sometimes i wonder if i REALLY have anything to say or if it's just that i want to keep talking to you#eugh that sounds so cheesy. =_=#actually! today i had instant mashed potatoes with cooked cinnamon apples and pecans on top and it was p good.#and yesterday i accidentally snapped a spatula in half while making yakisoba.#neither of those things were what i wanted to tell you but okay now you know i ramble! so much!!! when sleepy GOODNIGHT#i hope things are warming up where you are and#yeah#ok gn
1 notes