love-my-tallboy
Just Call Me Mrs. Bolton
A place to share my love for Turn: Washington's Spies and a certain Major of the 2nd Continental Light Dragoons Black Petticoat Society Agent 1001
Explore Tagged Posts
Trending Blogs
Statistics
We looked inside some of the posts by love-my-tallboy and here's what we found interesting.
Inside last 20 posts
Time between posts
690210.15
Number of posts by type
Photo
6
Video
0
Audio
0
Text
14
Chat
0
Answer
0
Link
0
Quote
0
Fun Fact
Furby, that creepy 1990's doll, has a tumblr page.
love-my-tallboy · 282 days ago
Text

We up in 2021 getting the mad first ever ear infections on top of mad nervous breakdowns the SAME NIGHT DOG.

spotify wrapped is HERE! send me a number 1-100 and I’ll tell you the song it corresponds with on my top 100 playlist

My dog kills me. He watched me bring all my groceries in 🤣

It’s been a while my dudes! How have you all been? Sobbing over Ben Tallmadge like me?

I’ve said it before and I’ll say it again THANK YOU. You all have put so many smiles on my face and I appreciate each and every one of you. Who would have thought a show about revolutionary spies would have helped me find a littler corner on the internet to call home and a boat load of new friends 💙💛

Anyway I watched Enola Holmes and WHY DID NO ONE TELL ME BURN GORMAN IS IN THIS MOVIE (for like a total of maybe five minutes but still). It’s always fun to see our dear Turn actors in other films/shows

Ben: How do you want your coffee?

Caleb: As dark as my soul

Ben: *hands him a cup of milk*

What kind of magical person do you think I am based on my blog/personality?

💗Pink: Sweet and kind, would go out of their way to help others. Usually bubbly and happy and is your average magical girl complete with ribbons and bows and sparkles. Typically the leader of the group

❤️Red: Passionate and hot headed, sometimes their emotions come off a bit too strong especially when they’re upset but they’re fiercely protective of the people they care about. They’re the one who blindly rushes into situations without thinking it through first

💛🧡Yellow and/or orange: Kind, nurturing and positive. They’re either the most mature/parental and serene and supportive of the group or they’re sporty and energetic and always ready for a friendly competition

💚Green: The strong older sibling type, they’re nurturing and always there when you need them even when you think you don’t and care for you as though they’ve known you all their life.

💙Blue: Smart, sensible and reserved. The one who thinks things through and formulates a plan before blindly rushing into situations. They may come off as distant or overly worried but they care deeply for the safety and well-being of others

💜Purple: Another mature one. Shrouded in mystery and secrecy. Though they at first don’t seem to want to open up and keep prefer to keep their distance one you get to know them that air of mystery will start to fade away. Regardless, there’s no doubt that they’re always there for you when you need them most

10 Song I’ve been listening to

I was tagged by my fave @mizmarymack in what might be the best tag game I’ve seen in a MINUTE. Y’all I live for music narrowing it down to 10 was a struggle!

Narrowing this down to 10 was SO HARD. Never hesitate to ask me for music - my taste varies depending on the hour so I have a lot of suggestions

I… I think I bought a condo? HOW CAN I BE A REBEL WITHOUT A CAUSE WITH A MORTGAGE?!?!?

#personal#might delete later?#idk i just have a lot of emotions and need to expell them in to the universe#im still a child how can someone trust me woth this
2 notes
love-my-tallboy · 11 years ago
Photo

Ben looking good in his uniform

Turn: The Battle of Setauket 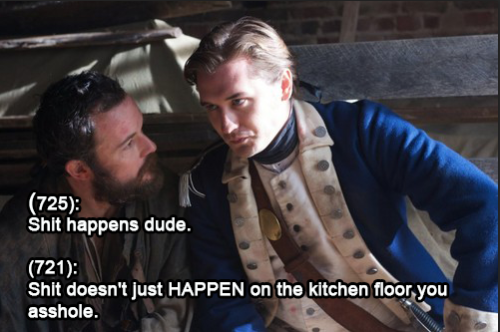 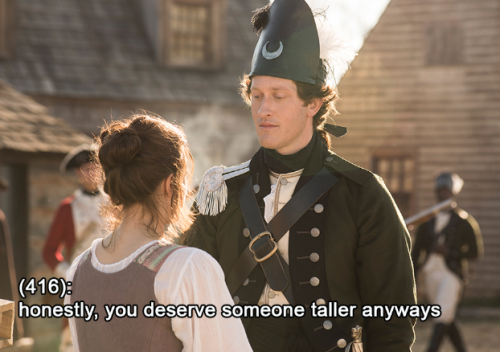 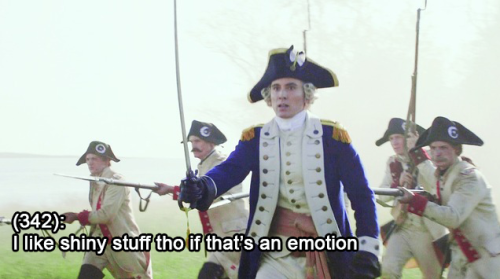 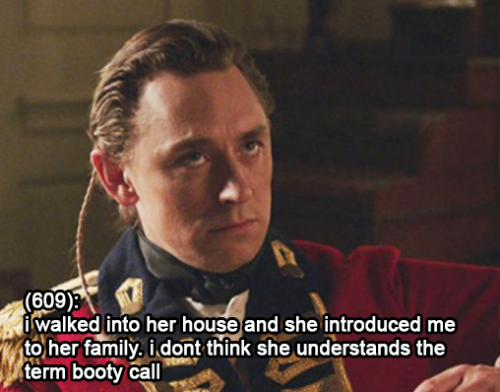 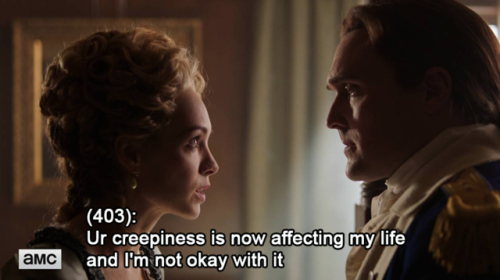 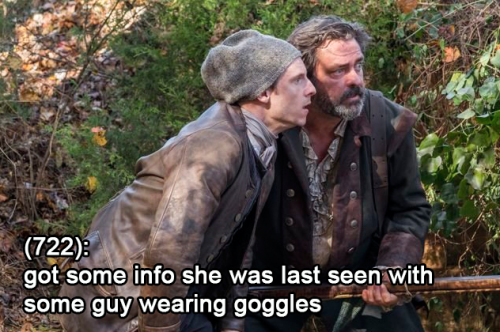 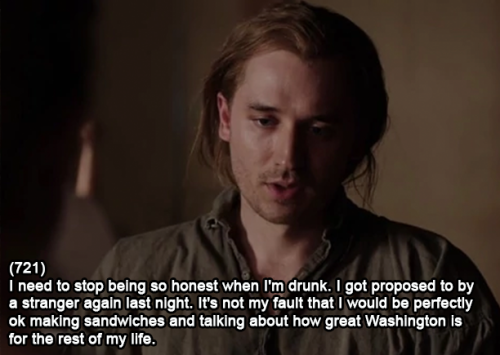 based on the culper ring spy codes:

14 (adore) - the first character you liked on the show?

41 (accomplish) - character you’re most proud of?

266 (honest) - unpopular opinion about the show?

299 (intrigue) - what made you start watching turn?

356 (letter) - if you could send a letter to a character, who would you send it to, and what would it say?

512 (period) - what do you love most about the american revolution period?

ask me anything / reblog!

OMG I LOVE THIS SO MUCH!! LET’S DO IT

but we keep living anyway

Ben Tallmadge and the fine art of evading detection

Obviously, he went to Yale.

Head of Intelligence, everyone.

Turn’s biggest plot twist was me finding out Seth Numrich lived in a tiny house that he built during production of the show.

He saw that Benjamin lived in a tent and decided to go method. 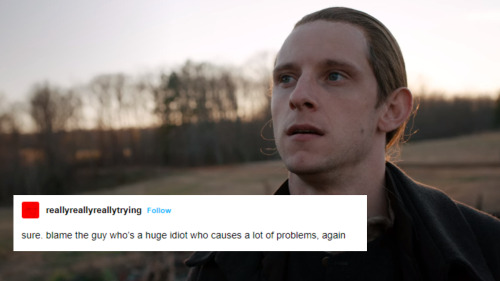