Writer/Translator | She/her/they/them | Demisexual | Just some crazy fanfic stuff and a bunch of fandoms ;)

We looked inside some of the posts by lunap95 and here's what we found interesting.

What is a Secret Santa?

A Secret Santa is a gifter who has a giftee– and their giftee doesn’t know who is giving them their gift until the day of! As a Secret Santa, you will be provided the wishes your giftee left for you, and from that, it’s your job to create something damijon-related based on those wishes! Don’t let your giftee know who you are– it’s imperative it remains a secret for the fun of the game ❤️ You’ll get your own Secret Santa, of course! Nobody creating a gift will be left without one on Christmas Day! 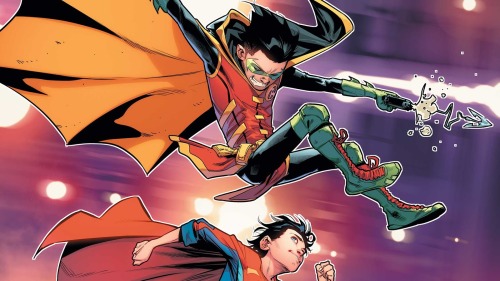 What is a Secret Santa?

A Secret Santa is a gifter who has a giftee– and their giftee doesn’t know who is giving them their gift until the day of! As a Secret Santa, you will be provided the wishes your giftee left for you, and from that, it’s your job to create something damijon-related based on those wishes! Don’t let your giftee know who you are– it’s imperative it remains a secret for the fun of the game ❤️ You’ll get your own Secret Santa, of course! Nobody creating a gift will be left without one on Christmas Day! 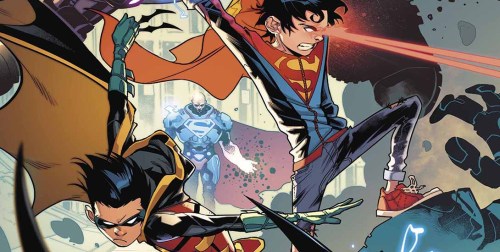 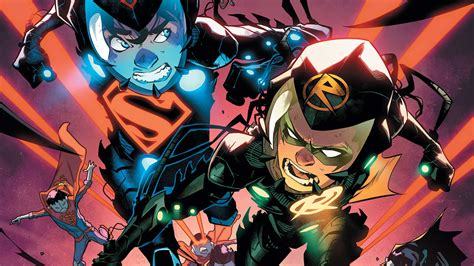 You thought you had seen the last of me hehehe but no! Sorry to @kichimiangra because I wanted to post this before but life happened. I’m back this time with ideas of the redesign of the main characters because. As always you can find all my rambling at #sailormoonremakemanga

-Usagi Tsukino: the buns stays because it wouldn’t be Usagi without them also they are cute as hell. A deeper hair colour however would be better, maybe some light brown of a really dark blond. Curvyyy! Usagi eats a lot and exercise little so I think she could have some nice curves and not be a table board.

-Sailor moon: now if Usagi has a darker hair colour her transformation could have her completely blonde and then people would not realise that it is indeed Usagi in disguise. I would keep the red orbs on her buns as she can use ultrasounds with it and probably the tiara because is cute but I will totally add the mask she has a the beginning only maybe doing it a bit like a Robin domino mask. The bow on the chest will stay but I will put kind of like a Shera skirt, like a flowy navy skirt over some dark pants so she can kick ass without worrying about perverts. I will add some wrist guantlets as she usually attacks throwing something so she doesn’t get hurt, again like the Robin from the image.

-Ami Mizuno: I kind of want Ami so be short in comparison to the others. Probably still Asian but with real black hair, not blue. The hairstyle is cool but probably will have it shorter kind of like these really trendy buch girls. She will starts without the piercings and then probably shortly after her first transformation she will add several piercings in her ears.

-Sailor Mercury: blueee haiiir, I seriously adoree her hair so it’s a bit difficult for me to see her in any other style. A visor over her eyes like when she uses the computer thingi me but always, along with an ear piece to communicate. Transparent sleeves as her element is water (like the draft), and a long skirt that kind of emulates water so it has a frilly white end with blue degrading upwards into white or transparency, similar to the sleeves from the image but with less white and more delicate. Bow and tiara stay the same (maybe change the brooch) like the piercing on her ears.

-Rei Hino: so Rei is supposed to be the heir of the temple so I imagine her being kind of traditional in her clothing, mostly dark colours, but little by little adding some colours (because of Minako influence). Still long hair but she probably keeps it in this super long ponytail or even a tight bun when in archery practice.

-Sailor Mars: I kind of see her with a dark black hair but with dark red highlights or even red locks with a crow feather pin on the side. As I said I will keep the bow and tiara because they are such iconic items. I want her uniform to look similar to her priest outfit so probably a white top with really wide sleeves kind of like the image of Kagome. Probably several paper charms stored somewhere on her hips so she can throw them to her enemies and the brooch she wore in the first versions of her dress. Her red hight heels are compulsory, they are awesome, but add some stocking. For the bottom part probably wide short pants (like the image) or a skirt that opens on a side.

-Makoto Kino: she is tall, like really tall and kind of buff because this girl is strong as hell. Maybe mixed race (Latino maybe like Elena from Star Tinkle precure). Brown hair is okay but the green ball hair tie is a bit boring so I suggest flowery scrunchies and a curly ponytail. Usually baggy clothes and with a punk vibe because let’s remember people were kind of scared or her but she is actually a sweetheart. Rose earnings of course. Maybe she even skates because it will be interesting if she has flowery skates.

-Sailor Jupiter: so her hair becomes longer and bigger with little leaves forming a crown around her head. The antenna in her tiara is always out but can extend to make her attacks. Kind of like a military jacket form for the white top with green and pink details and the bow on her chest, same shape like the image but with less embroidery. Around her hips she has the chain with the glass sphere with different flowers she can use against her enemy. Green trousers for her with maybe a back skirt flowing a bit behind her like the yellow cape in the orange skirt. Combat boots because this lady is fierce and will kick you in the mouth.

-Minako Aino: so my baby is a black Nubian princess and you cannot convince me of her being anything else. Also more curvy than Usagi. Black hair with braids and colorful beads. She wears colorful clothes and a lot of accessories like rings, bracelets, etc. She is very good at gimnastics and can dance the house down so she also wears some flashy dance outfits sometimes.

-Sailor Venus: shiny blonde hair of course. Braids on the top part that joint in the red bow and then the hair falls like a cascade like the image. A microphone similar to the one the star fighters have because she can use her voice to attack. Frilly sleeves kind of like a princess dress. Same with the orange skirt, two frilly capes of pure fluff like the Cinderella dress or those cute ballerina dresses like the image. The golden chain on her hips with heart links but I will probably have it rolled on a side like wonder woman with her lasso of truth.

A bit of customization by Naoko herself 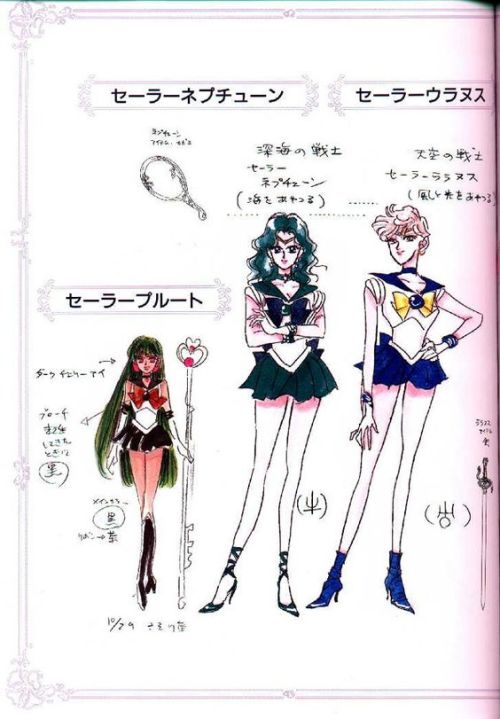 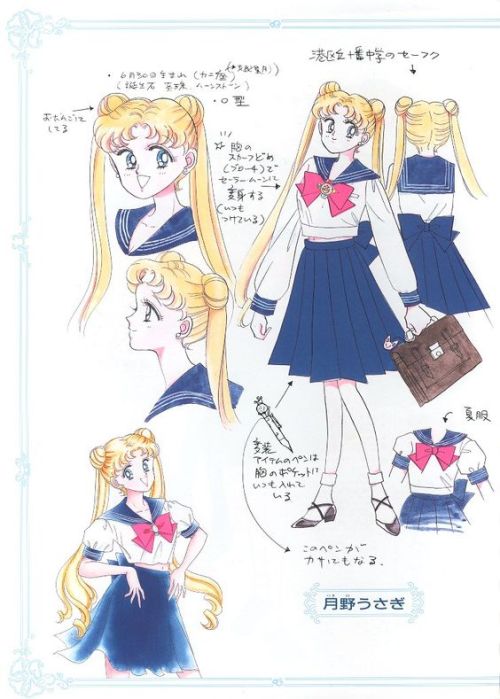 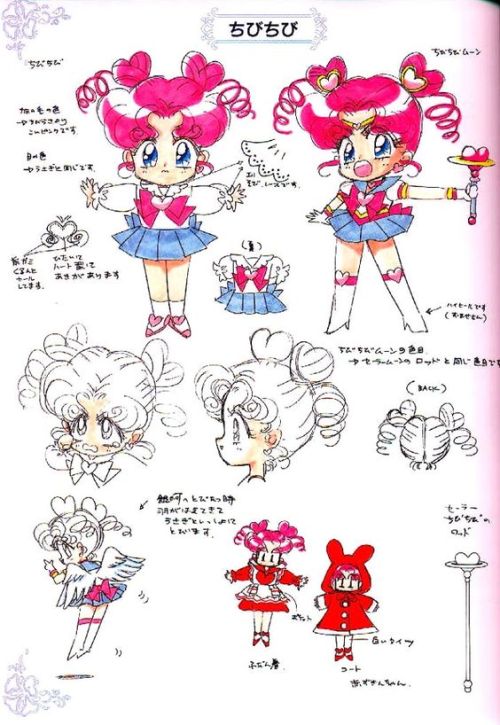 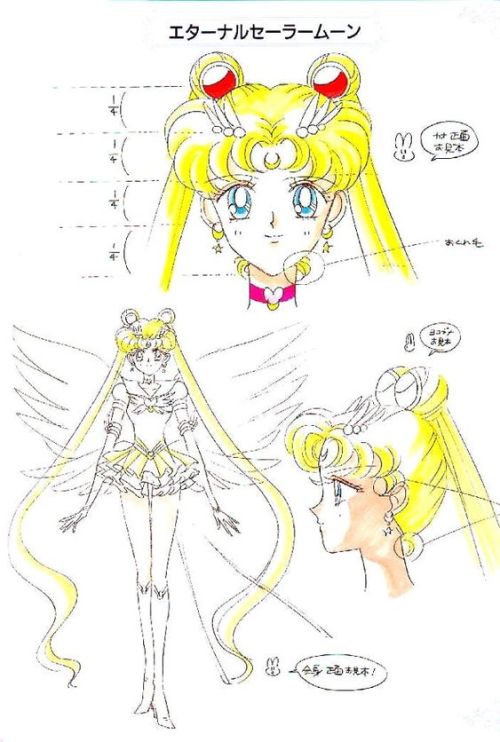 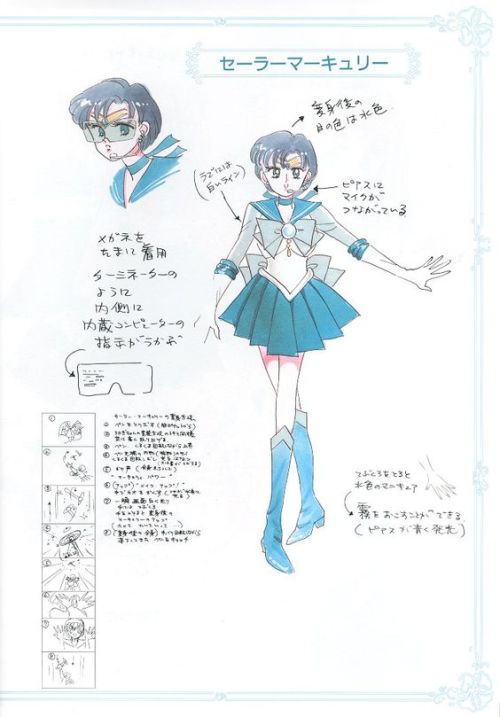 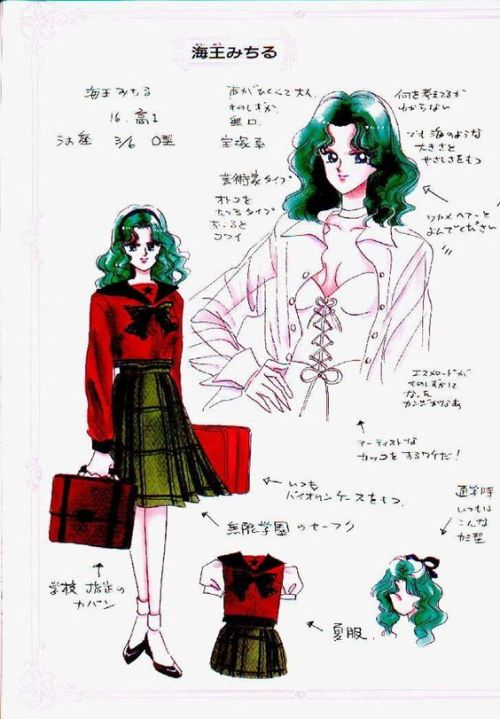 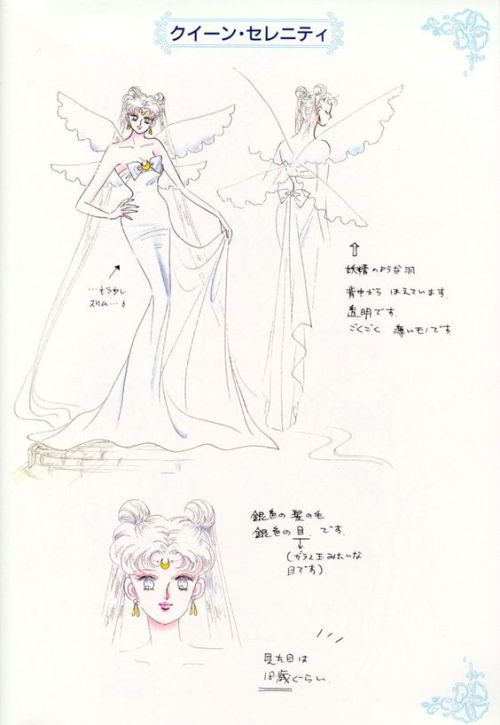 Send me an ask, anon or not, just so I get a feeler for how many people are interested 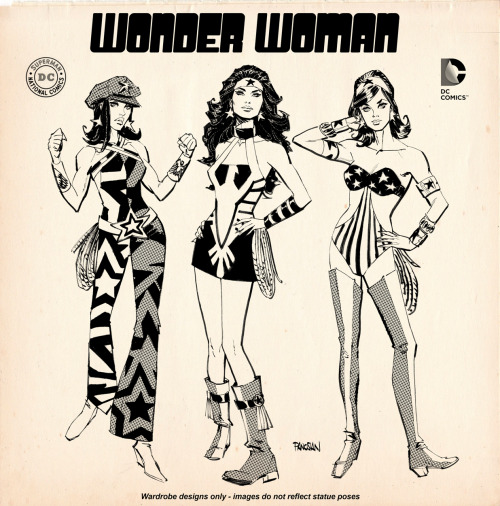 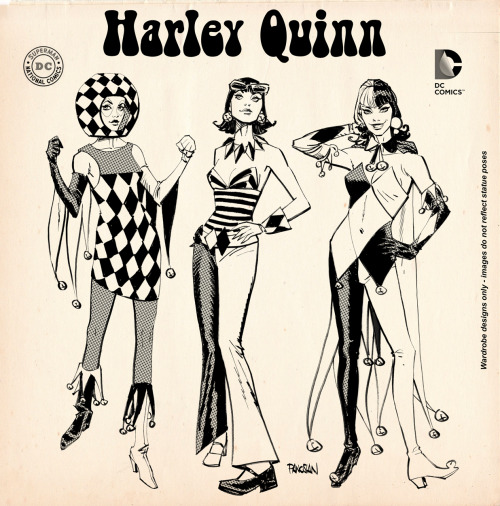 Hii! Yes I do! Actually I have been wanting to write a post about the changes on the uniform and appearance that could be cool but sadly right now I’m writing my dissertation and have little time to spare. Hopefully next week I will have time for then. After that I was thinking of making a post per season 🤔

After some thought I decided to do it!

Rules: Tag 9 people you want to get to know better!

Tagged by the beautiful @itscinnafox​ in all her foxiness! Gods I love these games so much, let’s the party begin!

Last song: Okay this is totally my flatmate’s fault because she is playing “Agua” by J. Balvin non-stop and now I hear the Sponjebob flute even when I’m in the bathroom XD.

Last movie: “The Old Guard” in Netflix. Highly recommend it, it has wonderful action scenes, a good plot (even though a bit predictable), super great characters and Charlize Theron kicking asses and being my lesbian dream.

Currently reading: Nothing because I have so much work to do (cries on a corner), but I do read fanfiction oneshots in the meantime. I’m trying to write something for AkaFuri day on Novembre, does that count?

Tags: ANYONE, really, you want to do it? Do it! Say that I tagged you, doesn’t matter buuuuut, as I have to put people in this (not really gonna tag 9 because I’m lazy):

#tag game, #should I be doing other things instead of this?, #Yes
1 notes · See All
lunap95·3 months agoPhoto 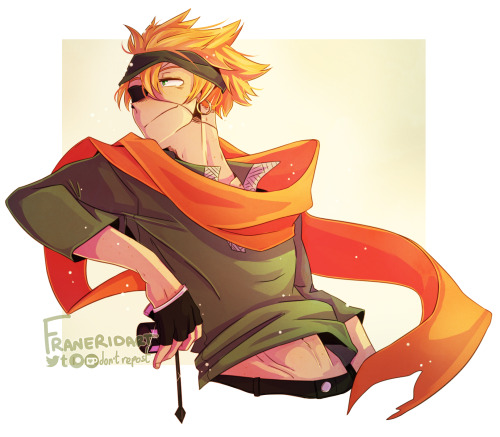 What is happening in Poland?

CW for homophobia/transphobia/misgendering/deadnaming and police brutality

As I have mentioned some things about them in the Shitennou and Silver Millenium post, this one is going to focus mainly on their relationship.

Next, ideas for the redesign of the sailors ;)

✨any kind of support is more than appreciated 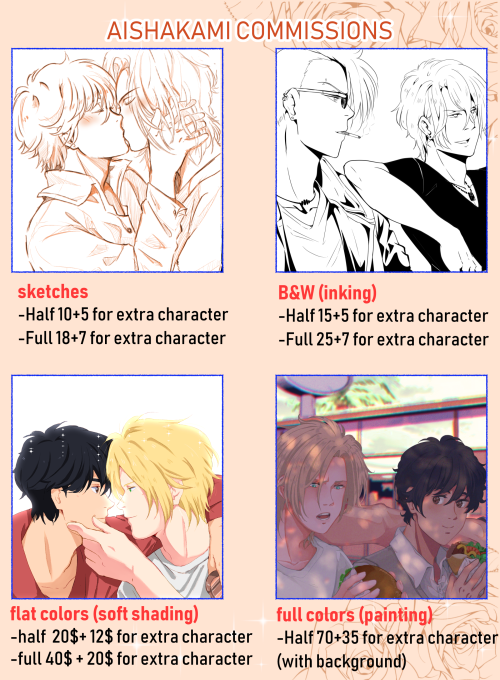 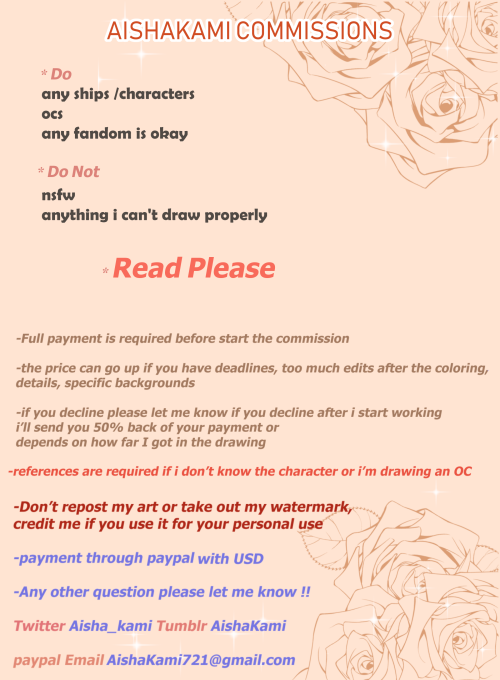 All five Sailor Moon arcs as depicted by 靄羅 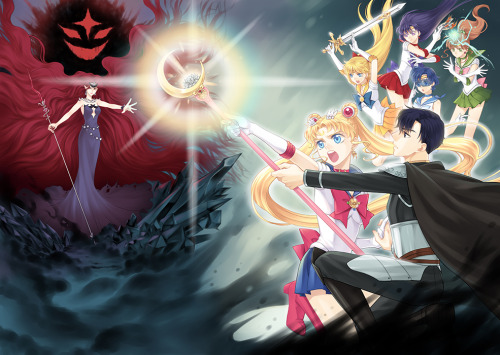 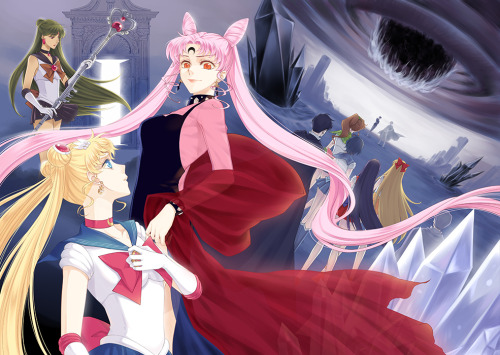 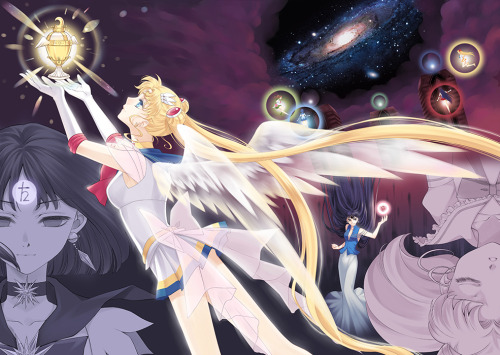 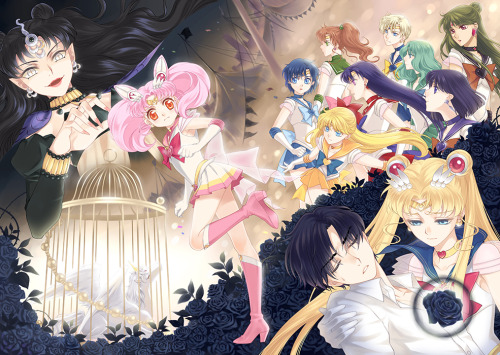 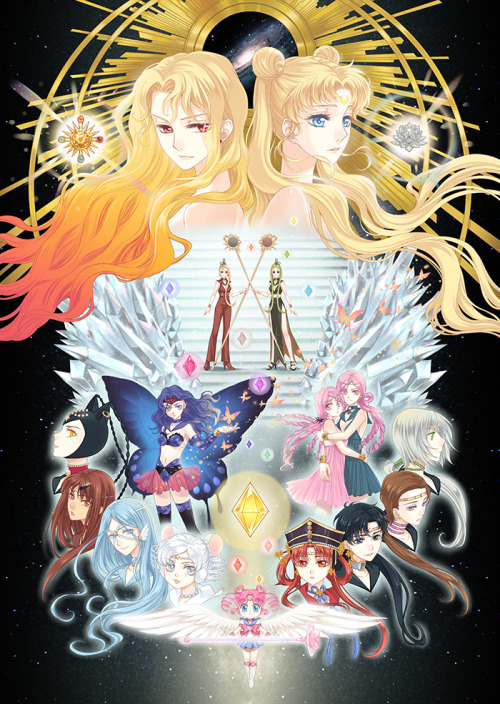 I wrote this comic while thinking about how can I link the reason why Furi first became interested in reading during middle school with Akafuri. 🤣

Furi probably doesn’t realise/remember that the boy from that time is Akashi but he still thinks it’s kinda embarrassing anyway.