Jaehee: Is it? Is it really?

You’re adopted... with Obey Me!

Lucifer : I adopted YOU.

Asmo : Fabulousss~! Tell me more about how beautiful I am~!

Beel : How does that work?… *takes a bite out of his coffee mug*

Simeon : We adopted Luke… Sorry to tell you like this, son.

Solomon : I thought you were going to tell me I’m adopted…

edit: sorry! I forgot to mention that the pictures are in order!

Bunnies (｡･ω･｡) (i drew this for the bunny event) 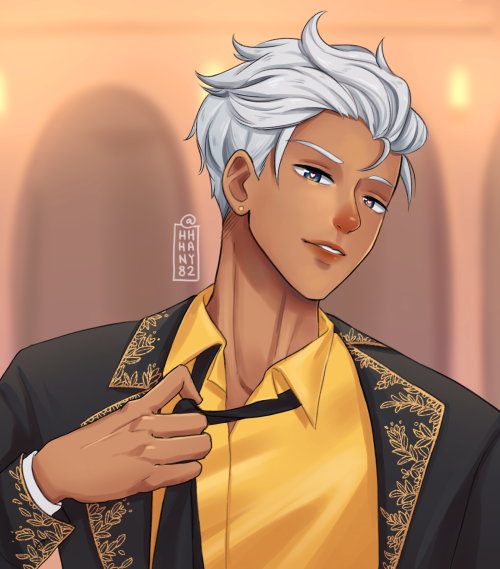 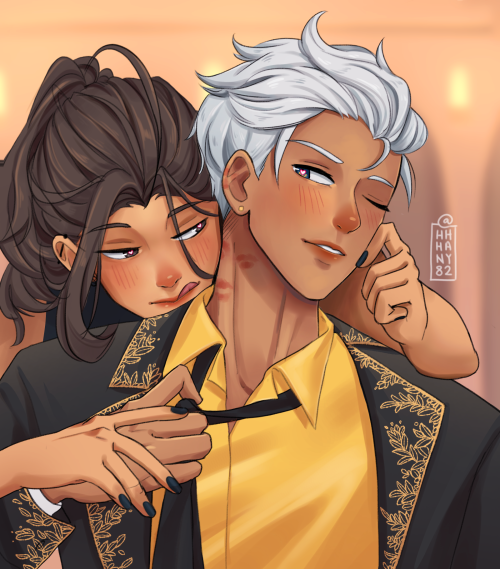 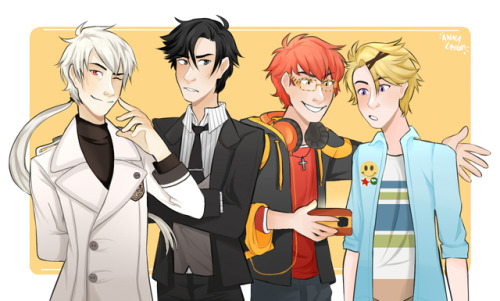 138 notes
mammonprotectionsquad · a day ago
Answer

This is a Tumblr hug, pass it on to your ten favourite followers and mutuals!

Hello! I hope you’re doing swell. I was wondering if you can do a hc or mini fic where it’s a love at first sight thing. So Jihyun sees MC outside of some cafe or coffee shop, and it starts raining so they take refuge in it, and they end up having a small date? Thank you! And Have a great day!

Thanks so much for the sweet request, I am WEAK for love at first sight stuff! Although this was the first time I ever wrote it myself xD

And I figured going for a hc kind of style would make me actually keep it shorter but what do you know, once again things ended up longer than first planned 😅

728 notes
mammonprotectionsquad · a day ago
Text

37 notes
mammonprotectionsquad · a day ago
Answer

And right? I thought so, too. They’re perfect for getting in some smaller pieces that don’t require as much commitment, haha. Thank you so much for requesting, and I hope you enjoy!

To say that Saeran was stubborn would be an understatement. He was steadfast, stuck in his ways, and didn’t always budge. So in times like now, when you so desperately wanted something and he didn’t, it took extra persuasion from you to get it to happen.

Luckily, you were as persistent as Saeran was stubborn.

“Please, can’t we stay in bed a little bit more?” You asked, looking up at Saeran, who was already standing. “The plants will be okay for a bit longer, and I miss you.”

“Miss me?” was Saeran’s response. “What for? I haven’t gone anywhere.”

Your lips pursed into a small pout as you looked up at him. “You don’t get it. There’s nothing nicer than lounging around with someone that you love this early in the morning.”

Saeran held your gaze. His cheeks had gone pink at your words, and you could see that he was deliberating your proposition. He seemed to falter for a moment before he sighed.

“Fine,” he relented, making his way back towards the bed. “I guess I can stay for a little bit longer.”

You couldn’t hide your victory grin as Saeran pulled the blankets back and got back under them, inching closer towards you. The second he was settled in you neared him, resting your head atop his chest. Saeran’s arm, curled beneath you, raised up so that he could play with your hair absentmindedly. The repetitive motion caused small, almost unnoticeable tugs at your scalp, and you sighed gently.

You felt warm once more.

“Ah, the puppy dog face,” your smile bled into your voice, the urge to gloat becoming too much to ignore. “Checkmate, huh?”

Perhaps immediately poking fun at Saeran after winning was a risky idea, but you couldn’t help yourself.  It always felt like a win when you got him to spend time with you like this. Though Saeran had opened up considerably since the two of you had met, it was still difficult for him to be vulnerable.

Saeran didn’t think of himself as warm and cuddly, but he was to you. He wasn’t conventional, but he was affectionate in his own ways. You could see it in how he spoke to you, how he interacted with you, and how he was softer with you than he was with anyone else.

To you, Saeran was impossibly warm.

“Brat,” Saeran’s response, despite sounding annoyed, was anything but. “I let you win.”

You let your eyes flutter back shut. The world was settling into place around you as if everything was going back to sleep.

“Sure you did,” you said. “Thanks for staying with me, either way. I love you.”

Saeran was silent for a second.

22 notes
mammonprotectionsquad · a day ago
Text

#why is this so adorable?
186 notes
mammonprotectionsquad · a day ago
Text

some more twt doodles of my angels and devils au

44 notes
mammonprotectionsquad · a day ago
Text

Missed out on putting wings on Luke so here’s Simeon in all his beautiful glory.

Luke: None! I hate the way you cook them, you always leave in the shells! I mean, who DOES that?!