We looked inside some of the posts by monochromeweiss and here's what we found interesting.

In this house we love and respect Geoff Ramsey and Trevor Collins, both of whom didn’t deserve to have to come out publicly about their private lives and struggles just to give details to the community which we did not have privy to

we also hate R for forcing everyone in this situation, the people that considered him family, to put their lives and the trauma and hurt they’ve had to go through on blast like this just for the community to trust them

https://open.spotify.com/playlist/4MKIVf2saKryHLlLReQKyv?si=0Y4SI0hITYyiYioesqgSGA this is it. The last of the FAHC playlists, and we end with the one who started it all. The Kingpin.

https://open.spotify.com/playlist/6LGdLEIH8GFYk6zhsuHUW3?si=7W0d-HRMTiO_556YTP9I2A it’s the Penultimate FAHC playlist, It’s The Pilot, The Momma Bear, The Co-founder of The Fakes. Fem!Jack.

https://open.spotify.com/playlist/4YHyurbKxZF2njcodxGavr?si=Fy_57LewT5CpWWGX-UDTFw He may be gone, but not forgotten…

Listen, if you’ve been in the fandom since before AH became its own actual thing, like I have, we still have some hope for those that remain.

Geoff owns up to each and every mistake he makes. He grew up in a hard ass life, he knows what accountability is.

Jack wants nothing more than to make people happy.

Michael and Lindsay met because of this company, and they know damn well who they can and can’t trust (if you noticed, as soon as all this shit with R came out, Lindsay unfollowed him on everything).

Gavin has been interacting with this company since he was a teenager. He’s like Geoff’s son. Geoff will literally make him hold himself accountable for anything.

Jeremy, Matt, and Trevor were LITERALLY part of the fandom before the company picked them up.

Alfredo had his own public streaming career before joining achievement hunter, which he still has, he doesn’t let the attention go to his head.

Fiona, dear sweet Fiona, is literally one of us and has exhibited time and time again she will fight tooth and goddamn nail to create safe spaces for people who need them.

We’ve watched this company grow, and it feels like we might be watching it fall, but we need to keep up hope.

It’s better to have loved and trusted, and been hurt, rather than to have felt absolutely nothing at all. Emotions are hard. Being a person is hard. That’s why we’re pack animals. We’re here to help one another through times like this.

Please, reach out. It’s okay to feel scared, hurt, angry, sad, whatever. Just don’t bottle it up, and don’t take action with those feelings.

Just talk to someone, even if that someone happens to be a notepad or piece of paper.

Exactly, this community will rebuild!

https://open.spotify.com/playlist/0wFaq4bLN6CKoTL4Go36BS?si=R7wY4BxnRZ6RwONxRh7ayw ITS MYATT’S TIME TO SHINE!

This Goes Out to the AH Community (Art/Writing/Cosplay/Etc.)

I’ve Seen Many Post They Will Continue to Use These Characters in Works.

Ryan Didn’t Make These Characters, We Did, as a Community.

We Don’t Support His Actions, But Many of Our Community Have Spent So Many Hours and Years Making Content With These Characters.

We Separate Characters from People.

Respect the Community, and Be Strong. 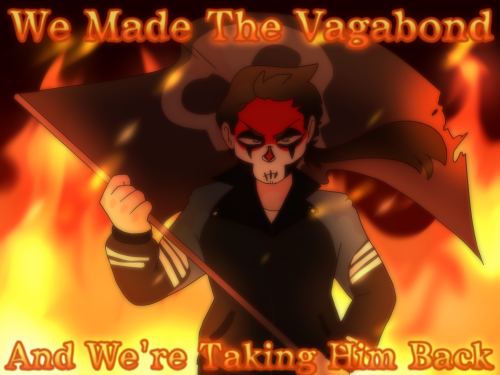 I feel like I shouldn’t have to say this but would like to make this very clear:

Do Not harass the rest of the company about this. This includes:

https://open.spotify.com/playlist/6N0mKfcmsCUW8L7ZwEMpet?si=nBiE2sWfR8uIfaPlBz4kew IT IS THE RIMMY TIM PLAYLIST! I’m pretty sure this is the longest of FAHC Playlists (makes sense cause of how much of a show off Rimmy Tim is) also when it comes to the song “expensive” just replace the Word “red” to “Purple”

https://open.spotify.com/playlist/41Wku0NdykgxNy57p2V3Lw?si=GGEtPxj_Ryyr6yo8rcac4w The Raging Fiona Nova In the list of FAHC Playlists of mine (while there are some songs that aren’t really like her personality, it’s what I picture would play when she goes into a rage.) also the song “Fire and Gold” is supposed to be referring to The Duo of Gavin & Fiona. (Purely platonically)

Hey so I’m trying to update the FAHC playlist a bit because Trevor doesn’t have that many songs in comparison to the rest, could take a look at this playlist and tell me some songs that sort of fit this playlist: https://open.spotify.com/playlist/3YQqMDpN0fQYmzK4la1za7?si=b2lQZYZIQVau5iToi_mDFQ (please look at the rest of the FAHC playlists I’ve made so you don’t suggest a song that’s already in one of the other playlists)

You can’t convince me that, if Joker (or any other Persona Protag) has a theme song, it is anything other then the F•R•I•E•N•D•S theme song (“I’ll be there for you” by the Rembrandts) with the amount of confidants they have?! They’re like walking Therapists!

Doughnut crimes are serious crimes. And sometimes you get caught. 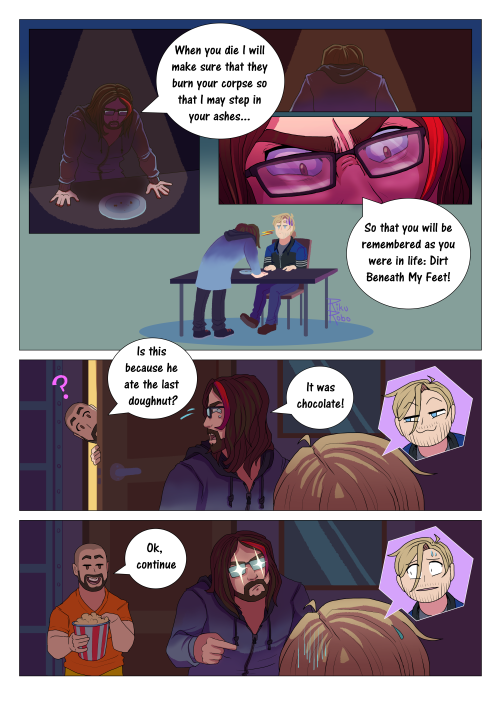