Independent OC | PARA/NOVELLA Warning: NSFW/18+ content will appear on this blog. Triggers will be tagged accordingly. "My favorite pastime is hurting angels." undefined

We looked inside some of the posts by mr-lockhart and here's what we found interesting.

mr-lockhart·8 days agoAnswer
"Mi Matthew, I bake brownie for you," Celia excited, rushing to him as soon as he walked through the door from work, wearing the little apron he had bought for her to wear. And nothing else.

Before he even entered the house, he could already smell the scent of freshly baked goods lingering in the air. A grin spread across his face as he dropped his bag and watched his little wife appear in the hallway wearing nothing but the frilly apron he’d gotten her a day ago. As soon as she was within reach, he grabbed her and pulled her into his arms, demanding a heavy kiss from her plump lips. “You smell amazin’”, he grumbled while he kissed her neck and groped her ass. His grin widened as he looked her in the eye. “Brownies smell good too.”

He leaned down a bit, just enough to pick her up and lift her into his arms, carrying her into the kitchen with him, where a plate full of steaming brownies was waiting on the counter. He passed them right by, despite their delicious smell, and headed for the kitchen table instead where he swiped aside all the clutter and laid her down on her back. Before she had a chance to say anything, he kissed her again, hovering over her as she lay atop the kitchen table. “I missed you so fuckin’ much”, he growled against her lips, stealing her breath with a rowdy kiss while his hands slid underneath the front of her apron and boldly groped at her chest.

#very accurate :P, #reblog, #Matt x Celia, #headcanon
206 notes · See All
mr-lockhart·17 days agoAnswer
You call Blondie a whore and claim you wouldn't be with such a person, but you can't seem to get enough of her, you sure you aren't in denial, Matthew?

“She ain’t my girlfriend for a good reason.”

#ic, #headcanon, #Anonymous
2 notes · See All
mr-lockhart·17 days agoAnswer
It's going on a month you've been without your wife, and you can't seem to find Ashworth or where he'd taken your bride? Aren't you ready to give up on her, maybe engage in a family with Heather and your son?

“Fuck you! Shut the fuck up! You don’t know shit! Stupid bitch, talk about my wife that way I’ll fuckin’ kill you!”

#he's not ready to reunite with Heather, #ic, #headcanon, #Anonymous
2 notes · See All
mr-lockhart·17 days agoAnswer
"Mi Matthew, I have nightmare... wake up," she whined, as she nudged the bulk of her husband, forcing him awake from his slumber. "I have dream *they* take me... *they* take me 'way and I pray you find me and bring me home." After she explains her nightmare, she curls up against his warm body with tears in her eyes. "You no let *them* take me, no?"

Matt let out a groggy grunt as he rolled over and opened his eyes. The lines of irritation in his face softened a bit when he saw his sleepy wife. She didn’t have to explain who ‘they’ were. Ever since they got together, it seemed the whole goddamn world had been doing nothing but trying to keep her from him. First Jean, then Heather and her father, then that clown Scott. They all had something in common though - none of them ever succeeded in keeping them apart, no matter how hard they tried. He yawned, stretching out his arm and allowing her to rest her head on his broad shoulder as she curled up against him. “I’d like ta see ‘em try, princesa”, he grinned. “No one’s takin’ my girl.”

#I feel like this is something he would do before he leaves for work, #and she's like 'i no want you to go', #so he tells her he'll be back soon and kisses her legs and stuff, #Matt x Celia, #reblog
707 notes · See All
mr-lockhart·25 days agoPhoto 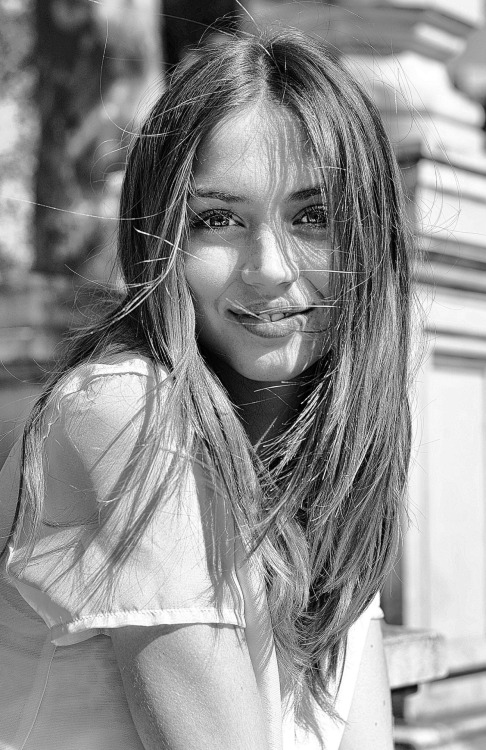 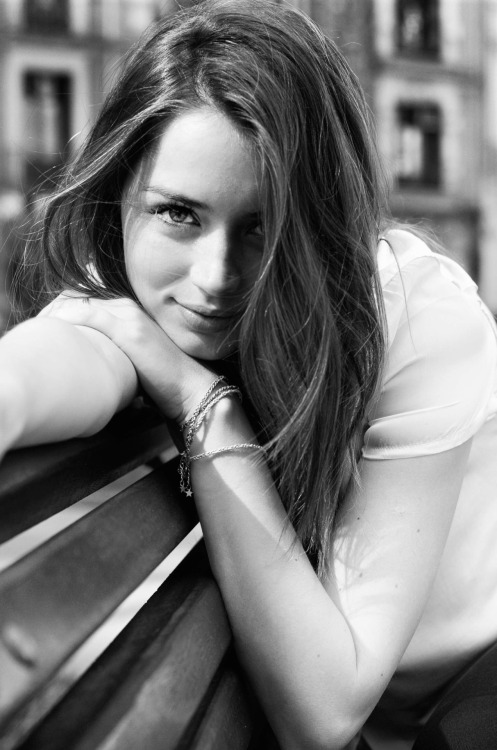 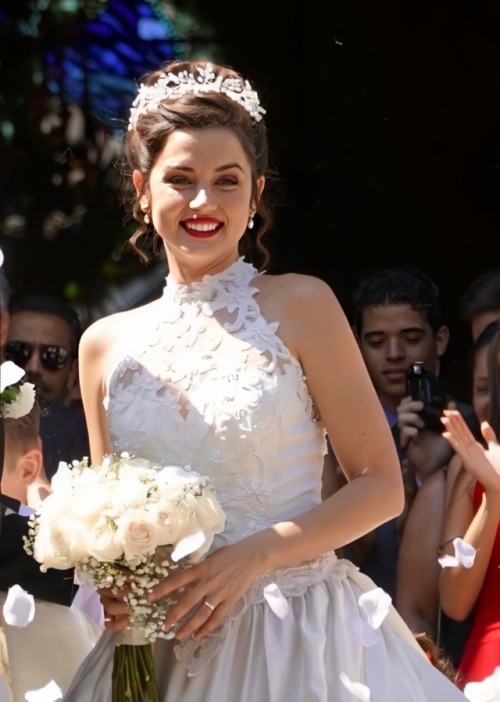 #yes, #100%, #lol, #he walks in the door and this is the first thing he does, #check if she's wearing underwear, #reblog, #Matt x Celia
19K notes · See All
mr-lockhart·25 days agoAnswer
If you were still involved with your mother, would she like Celia or Heather? Would she approve of either of them?

“She really didn’t like me dating anybody, but…I gotta feelin’ she mighta liked my Celia.”

#ic, #headcanon, #she'd probably be okay with Heather too tbh, #now that he's older, #but Celia as well because she's so inoffensive, #Anonymous
1 notes · See All
mr-lockhart·25 days agoAnswer
I’m going to take Jade away from you Matthew and there’s not a damn thing that you can do about it. She deserves to be treated like a fucking queen and deserves better than a low life, piece of crap like you.

“I can hear you don’t know shit about Jade. You think that girl wants to be treated like a fuckin’ queen by some sorry piece a’ shit? Nah, she wants a guy who can put her in her place, where she belongs. I can do that for her. That’s why she keeps comin’ back for more, she can’t help it. You ain’t takin’ shit from me. But just so we’re clear…” He stepped closer to his opponent, taking a knife out of his pocket and holding it up to the man’s ribcage. “…you so much as breathe in the girl’s direction and I’ll flay you alive.”

#ic, #headcanon, #Anonymous
1 notes · See All
mr-lockhart·25 days agoAnswer
Your competition for Celia isn't another guy, but another woman, how do you feel about that, Matt? It seems so far, while you've been busy with Heather at the hospital, Mallory's talked her into moving in with her, what are you gonna do when you return home and find Celia gone? Besides, don't you feel awful for pursuing sisters? Taking your girlfriend's younger sister's virginity?

“A woman?” Matt repeated in genuine confusion, an unamused frown appearing on his forehead as he assumed the person was messing with him. But then it hit him. “Mallory?” He laughed out loud for a moment at that notion. Mallory was Celia’s friend, sure, but she was no lover. That girl had too many problems of her own to take on someone as needy as Celia. He didn’t believe them when they said that she’d talked Celia into staying with her either. There was no way. He knew Celia. She was still waiting for him at the house, probably trying her best not to bother him with too many text messages. “That’s good shit”, he replied mockingly.

#ic, #headcanon, #he just doesn't take her seriously lol, #poor Mal, #but she's on a mission to steal Celia's heart, #kiss by kiss, #Anonymous
1 notes · See All
mr-lockhart·a month agoAnswer
You told Celia that you'd kill her and yourself if she tried to run again, what if she does escape you, will you still kill yourself? Especially after being suspected of the murder of Scott Ashworth?

“If she runs…I will catch her.”

#ic, #headcanon, #Anonymous, #he wouldn't kill himself just if she leaves, #he'll try to get her back, #and then depending on the situation he might kill both of them
1 notes · See All
mr-lockhart·a month agoAnswer
Matt, will you admit to yourself that this was never about teaching your son a lesson about women, it was about your own selfishness in wanting Blondie for yourself? Face it, you can degrade her all you want, but you like that little blonde bunny, don't you?

“I ain’t pickin’ a prostitute over my own damn son. Just ‘cause he kisses her ass don’t mean I’m going to. She’s a lowlife whore, that’s all there is to it. Sooner Jack figures that out, the better. I’m just doin’ what any good father would do and leading by example.”

#headcanon, #ic, #Anonymous
1 notes · See All
mr-lockhart·a month agoAnswer
Commander, it is my duty to tell you, your wife is betraying you by forcing Oflockhart to resort to having sex with one of your house guards? What will be in store for your wife and Oflockhart, if she follows through with this plan?

“Who told you about this? Was this Heather’s idea?” He should’ve known. His wife was always getting in his way, especially when it came to the handmaids. She acted the same way with the last one, behaving like a jealous hussy when she should be grateful the girl was willing to carry their unborn child. “Shit…”, he grumbled a curse as he got up from behind his desk and passed by the Martha who had informed him of his wife’s betrayal. He stormed out of the room to go find Heather, who no doubt thought she’d pulled one over on her husband. Sneaky bitch. Again and again, she made it clear that she needed a reminder of who was really in charge in this house. This time however, he wasn’t gonna let her off easy.

#headcanon, #ic, #Anonymous
1 notes · See All
mr-lockhart·a month agoAnswer
What are you gonna do if Heather turns out pregnant with a second child of yours?

“Listen ta me you fucker, that bitch isn’t gonna run my life anymore. She better not be fuckin’ pregnant, ‘cause ain’t no way that kid is gonna be mine.”

#headcanon, #ic, #Anonymous
2 notes · See All
mr-lockhart·a month agoAnswer
Hey Lockhart, inside tip, one of your old rivals has taken your princesa bride. I heard it was that guy Ashworth, you know where to find him these days? And what are you gonna do?

It had been years since he’d seen Scott. The money he took from that guy wasn’t even that much, just a small 10 grand - nothing for a guy as wealthy as him. But it seemed the guy still held a grudge. Why he chose to target Celia, who had nothing to do with the debt, Matt didn’t know. But now he had a lead. Scott Ashworth was a wealthy socialite, he shouldn’t be hard to find. “I’m gonna find that shifty-eyed fuck and make him regret it.” 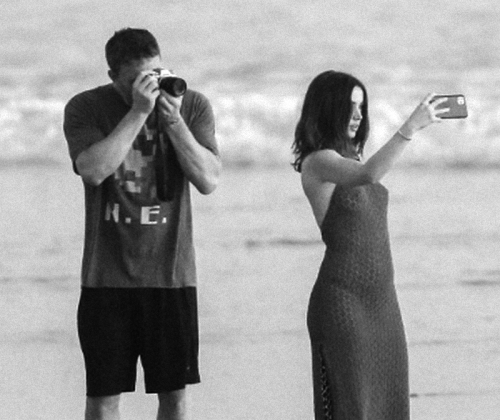 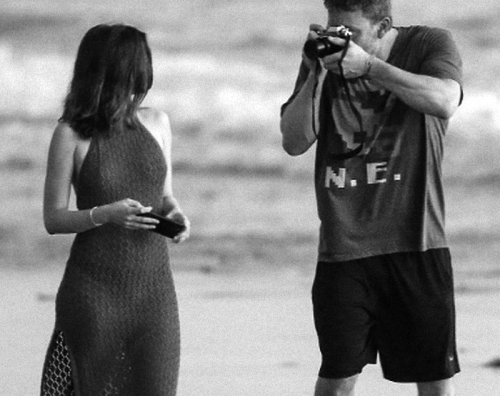 #Matt x Celia, #reblog, #we hate Ben but we stan Ana, #so we're just gonna pretend that this is them, #:P
23 notes · See All
mr-lockhart·a month agoAnswer
Matthew, some guy is hitting on Harris, what are you going to do about it?

“Bring him to me. I just wanna talk.”

#ic, #headcanon, #don't mind the gun babe, #just some friendly conversation, #Anonymous
0 notes · See All
mr-lockhart·a month agoAnswer
Hi, are you open for rp and if so, do you have any favorite fc's you want to play against?

I mostly rp on Discord nowadays, I’ve kinda just been using this tumblr as more of a headcanon/ask blog.

#ooc, #nothing against tumblr, #I just enjoy discord for threads, #if you tell me who you are I could check out your blog :P, #as for favorite fc's, #I'll write with pretty much any fc but their appearance might influence how Matt treats them, #he's a very shallow muse lmao, #Anonymous
0 notes · See All
Next Page