We looked inside some of the posts by mycuppuffedhedraws and here's what we found interesting.

#rhink, #OH BABY THAT WAS NICE, #👁👄👁, #it’s like a safeword but physical, #is there a word for physical safeword, #because this is it
78 notes · See All
mycuppuffedhedraws·14 hours agoText

If you want to win a paperback copy of Splash, I’m giving one away!

Reblog, comment, or like… every note gives you an entry. I’ll mail it out (signed or unsigned, your choice!)

Have you already read it? I’d love to see your review on Goodreads, Amazon, or the Ninestar website so Splash can reach more people. 😊

Extended through the 20th because I wrote in my planner to end it on the 20th and just read the post that I said the 15th. Oops. RIP me.

#giveaway, #this is so exciting omg
66 notes · See All
mycuppuffedhedraws·15 hours agoVideo

***One more day, one more night, one more sunset maybe I’d be satisfied but then again I know what it would do, leave me wishing still for one more day with you.

#ear biscuits, #I wanna listen to them sing this, #🥺🥺🥺
195 notes · See All
mycuppuffedhedraws·15 hours agoText

#alp, #a listening party, #ELIZABETH, #I LOVE YOUR EDITS SO MUCH, #THANK YOU FOR BLESSING MY FEED, #SO CLEAR SO HD, #I WISH MY EYESIGHT WAS THIS CLEAR, #absolutely beautiful, #his canines 🥺
79 notes · See All
mycuppuffedhedraws·16 hours agoPhoto

#gmmore, #good mythical more, #link neal, #and we love you for that 🥰🥰🥰
130 notes · See All
mycuppuffedhedraws·a day agoPhoto

#gmmore, #good mythical more, #rhett mclaughlin, #I cant look at him, #or else I will get THOUGHTS, #GOODBYE SIR
63 notes · See All
mycuppuffedhedraws·a day agoPhoto

#gmmore, #good mythical more, #link neal, #rhett mclaughlin, #this was so fun to watch theyre like little boys LOL, #also when link SNAPPED off the mayo cap, #woah, #that did something to me, #like SIR 👁👄👁
117 notes · See All
mycuppuffedhedraws·a day agoAnswer

Lets say, hypothetically, my lover’s got humor….. and for the sake of debate… lets say, she’s the giggle at a funeral.

#would in this case, #make me worship her sooner?, #i love hozier i miss him i wonder how he’s doing
5K notes · See All
mycuppuffedhedraws·2 days agoText

rhett: I’m definitely not gay for him at all larry but sometimes I like to pin him to the ground until he starts squirming and grinding back against me and I can feel it with my whole body and then I just lay there for a half hour or so until our breaths sync up in unison and it’s like we’re one person

#rhink, #w-where can i find this video, #for science purposes ofc, #EDIT: THANK YOU MILES IM CACKLING FROM THIS INTERVIEW
217 notes · See All
mycuppuffedhedraws·2 days agoPhoto

#ear biscuits, #rhett mclaughlin, #link neal, #i couldn’t stop smiling at this part, #it’s only the intro im so excited to hear the rest, #🥰🥰🥰
173 notes · See All
mycuppuffedhedraws·2 days agoPhoto 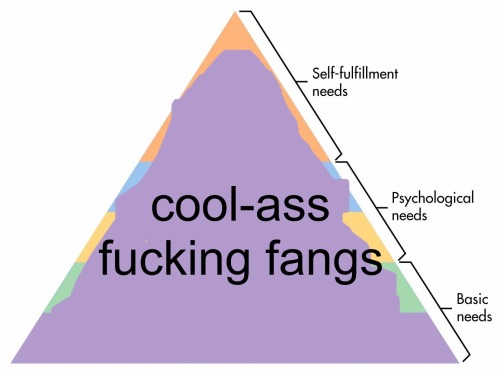 nobody look at me I’m an idiot

I am the smartest person alive

I’m a beacon of knowledge

If Rhett were to really let his mind wander on those nights when it takes him too long to fall asleep, he’d start thinking about alternate universes. No surprise there because everyone knows he believes in the multi-verse and has his own theories and his own beliefs. But when it’s late and he can’t sleep, like tonight, he has ones he goes back to often. They’re always about Link, his life with Link, little pieces of their thirty-six years together carefully woven into other realities and he thinks about them with his wife beside him more often than he should.

She sleeps next to him every night, a dark haired beauty who’s fiery passion reminds him so much of someone else, and instead of finding comfort in her warmth, he seeks relief in the form of almost maybes and what could’ve been’s. He doesn’t feel shame or guilt because he knows these are realities that don’t align with his own, in some form or another, even when he knows the intricacies and the details sometimes do weave in and out of a reality that is his own. And so he lets his mind wander.

Rhett firmly believes there are universes out there that exist in their own time, hidden behind a thin veil or a curtain or maybe even a two-way mirror when he really gets to thinking. In each one he knows that he and Link exist, their wives exist, maybe their children and their dogs exist in some of them. His favorites are the ones where he and Link co-exist in the form of friendship or lovers, the ones where he can look to his left and see the same man he has currently been spending thirty plus years with. Any universe where he can still find Link will always be his favorites.

Universes where they still meet as kids but not because of detention and cuss words, and instead because Rhett is the new kid from Georgia who needs a friend and Link is the shy boy that he gets paired with to show him where to put his backpack. Ones where they meet in middle school, in high school, knowing the other existed but never coming together until later. Sometimes he thinks there’s a universe where they didn’t meet until college, too, for whatever reason the universe decided.

However they meet in these places, they have always existed in each other’s orbit, on the outskirts of each other’s lives, just barely missing the other until finally something brought them together. Rhett knows this to be true because no matter what universe they exist in, he can always look to his left and find Link standing there, whether it’s as kids or teenagers or adults, he’s always there.

And of course there’s the ones where he knows they exist as more than friends. Two sides of the same coin, his other half, soulmates, brothers, are all the ways to describe them no matter what time or place they’re side by side. Every one is true. But lovers is one he thinks about more often than he should. In some of these, where they meet as kids or teenagers or adults, yes, they are friends in every sense of the word, but they are also more. They come together as friends and later they come together as lovers; in secret, hidden under the bleachers, on road trips, in their teenage bedrooms, in a shared dorm, many places.

In these, Rhett looks to his left and sees Link laughing, smiling, crying, yelling, and in these he’s allowed to hold Link’s hand, slip his own hands around Link’s cheeks and kiss him quiet. Some places there’s judgement, in some there’s none, and in others there are secrets. And in every single one he is with Link. Link is all of those things—friends, brothers, soulmates, lovers—and he is always at Rhett’s side.

His favorite is a universe where nothing has really changed. They meet in first grade and they grow together and they do everything the same. Except they don’t meet pretty girls and take their hands in marriage, except they don’t start families and careers as engineers, except a lot of the things he has now don’t come to be. Instead, someone—maybe him, maybe Link—takes the leap and they end up together in a way neither had really expected to happen.

Their life grows much the same way career-wise. The move to LA and the creation of their joint business comes to fruition, only instead of separate houses they buy one. And instead of living separate happy lives they live one happy life together. Rhett wakes up to Link every morning and comes home with him every night. He cooks dinner for them both and does the grocery shopping and carpools to work with Link and so many things they already do, happen here as well. So many moments, so many words, so many memories remain the same only in this universe Link is holding his hand and kissing him and undressing him and loving him in a way he gave up on a long time ago.

There’s a lot of things he gave up on a long time ago but it doesn’t matter because he can still find Link walking beside him. Still his brother, still his soulmate, still his other half.

Rhett sighs and finally closes his eyes and sleep is almost there, right on the edges of his periphery. His wife mumbles something in her own sleep, making him grin. He wouldn’t trade this life for anything, most of the time. But tonight he has that nagging feeling at the back of his mind that if Link were to take his hand, say those words he desperately wants to hear, then Rhett would jump and leave everything behind as long as it meant looking over and—

Rhett grabs his phone and rubs his eyes.

I can hear you thinking all the way over here.

It would creep him out, Link’s ability to know when something is wrong. Tonight he’s grateful for it. He reads the messages over and over, thinks for a minute more. Link is a mile away in his own bed with his own wife, it wouldn’t take much to throw his shoes on and grab his keys and just jump. Link would jump with him, and that’s a soothing thought as he responds.

Link will see right through it. He always does. So Rhett sends another.

I’d find you anywhere. You know that right?

The bubbles appear and reappear and it takes a few seconds but Link finally texts him back.

#rhink, #rhink fanfiction, #good gOD this hurt so GOOD, #such beautiful and moving writing aHHHHHH, #i love it when rhett talks about alternate realities and this feels SO REAL to what he might think, #mAN, #SO GOOD, #THANK YOU FOR BLESSING US WITH YOUR WORDS 🙇🏻‍♀️🙇🏻‍♀️🙇🏻‍♀️
83 notes · See All
mycuppuffedhedraws·2 days agoPhoto 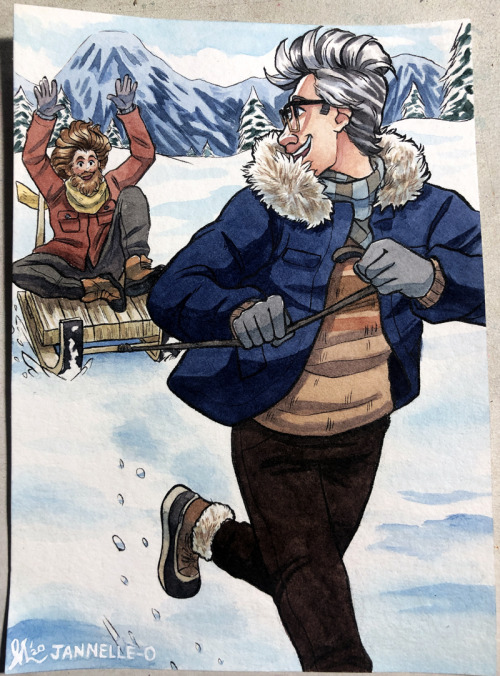 #fanart, #rhettandlinktober2020, #I LOVE THIS SO MUCH, #RHETTS HAIR SO POUFY, #SO HIGH, #SO FLUFFY, #I SAID IT ONCE AND ILL SAY IT A MILLION TIMES, #JANNELLES STYLE IS IMMACULATE, #SO GOOD AND LIVELY, #I WISH TO DRAW LIKE THIS SOMEDAY
128 notes · See All
mycuppuffedhedraws·3 days agoText