mythologyvincent
The Forest Holds Many Dangers
Mythology AU. Mun is 25. Main muse is the purple naga, Vincent, but questions and rps are open for other characters (especially if they've got a bio) M!A: None (Please read the Rules page)
Explore Tagged Posts
Trending Blogs
Statistics
We looked inside some of the posts by mythologyvincent and here's what we found interesting.
Inside last 20 posts
Time between posts
20707.85
Number of posts by type
Photo
2
Video
0
Audio
0
Text
6
Chat
0
Answer
12
Link
0
Quote
0
Fun Fact
The majority of Tumblr users, 36%, are aged 18-34, a coveted market for most companies.
mythologyvincent · 2 days ago
Answer

as a joke mora would make a vincent scale into a skate board lol.

“My scales aren’t that big. What’s a skateboard?”

If you like my work and would like to support me, feel free to check out my redbubble!!

Late Piece for: @mythologyvincent​
of the dear naga suffering a recent shed 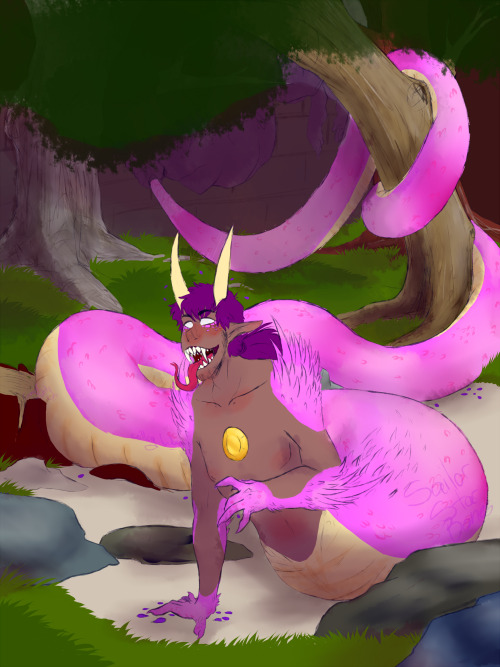 What if Vincent had an Only Fans?

((Taking this from his human/humanoid varient))

Aster would feel his face warm when he came across an all too familiar form. Covering his mouth to keep from letting out a soft gasp. There was difference from seeing such things in person verses through a website, something a tad perverted. Overtly perverse and rising really. Scrolling flusteredly through what content was visible.

Would he confront him? No. He didn’t have room to speak as it was. Besides

Sir, there appears to be a snake in the ball pit.

This would go well.

A Nest of Chicken Eggs (Benedict)

Michael has never thought about who he invited into his life, not really. He didn’t know that knowing someone could have some kind of.. Aftermath, or.. Influence. Basically, after this long, tiring forth night at work, when his personal villains are as tough as ever, something unfathomable happened.

And he 100% blames Vincent for it. Wherever he is, it’s his fault. This is not a Michael problem.

With an ankle bloodied by the consistent smacking against his metal chair, Michael tiredly carried himself out the Fazbear doors, glancing to his trail home. Routine was on point, he managed to walk a good 26 minutes before seeing something.. Weird. In the grass, a large imprint had been made, one that wasn’t there before. His exhaust told him to ignore it, but his curiosity beckoned him closer. Thank goodness his fear was stronger above all else, because these imprints were trailed. Something made these tracks, something big, and Mike didn’t stick around to find out what it was.

Or… Fleeing home was the plan, before distant sounds of shuffling made each and every hair on his body stand up, making him freeze in place.

It was still dark, but the sky would begin to lighten soon, and still she had not found her wayward chick. Normally, she would never be so close to human settlements, but all other possible areas had been searched. This was the only other place her chick could be.

Ruffling her feathers against the chilly night air, she clucked and chirped as loud as she dared, calling for her little chick. A familiar hissing crow accompanied by howling and shouting eventually caught her attention.

There was her chick, and he had found trouble as usual. With a hiss, the mother cockatrice hurried towards the noise.

The rustling grew more and more violent until, howling and with it’s tail between it’s legs, a large dog came bolting out from thick bushes, perused by a ball of pink and brown fluff that was hissing aggressively. The dog was faster, however, and when the angry fluff ball couldn’t keep up, it turned it’s attention to Mike instead.

It was definitely not what had made the large trail, but it was clearly hostile. With a screech, it tried to jump at the poor man, flapping it’s wings and kicking with it’s feet.

Bidding starts at £25 and the bid last 5 days once started.
Auto buy is £80, and anything higher I am grateful for as well as willing to throw in a ref sheet if wanted. 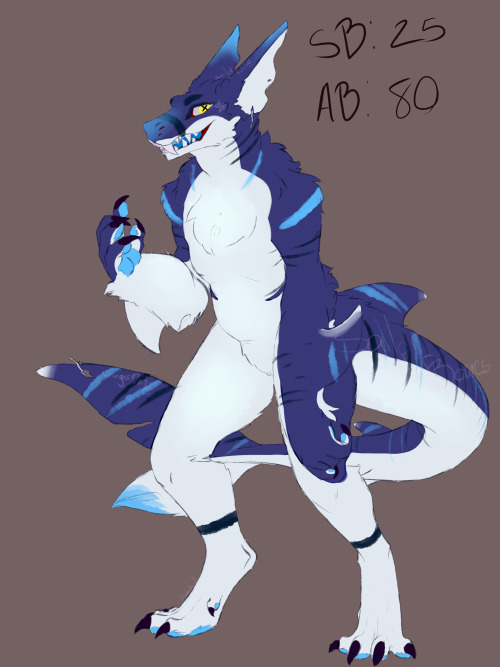 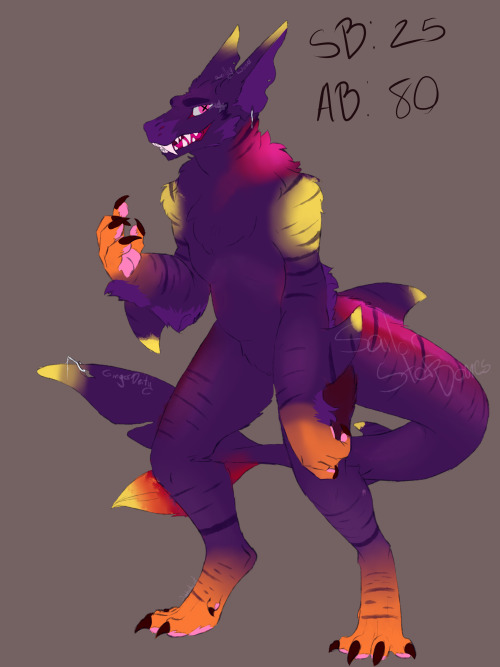 Part of the reason Vincent likes toast so much is texture. Very much a lover of the crunch.

Another example of loving the crunch is the fact he likes to gnaw on/eat bones.

Little Vinny would chew on things like wooden furniture quite often when he started to live with Oliver.

Are We Really Bidding On The Nagas Scales Like A Priceless Painting..?

(To be fair, he’s really big, so he looses a lot of scales when he sheds.)

“Oh I’m sorry. I didn’t realize that naga scales were easy to come by nowadays. Especially fireproof ones… I suppose you could go find a dragon to get scales from instead. Let me know how that goes.”

“Also acceptable, but you’ll be waiting for a while.”

#ask#anon#Vincent#(I'm actually waiting on a thing before I have a shed week for Vin Vin >:3)
0 notes
mythologyvincent · 117 days ago
Answer

“Getting a little ahead of yourself there, aren’t you? How are you going to pay for my scales, grey face?”

i have four large baskets full.

“Hmm… Acceptable. I’ll have a collection for you the next time I shed.”

will he offer the scattered for in exchange for toast.......??

“…. Toast can buy many things from me. How much are you offering in exchange for my scales?”