We looked inside some of the posts by petracore101 and here's what we found interesting. 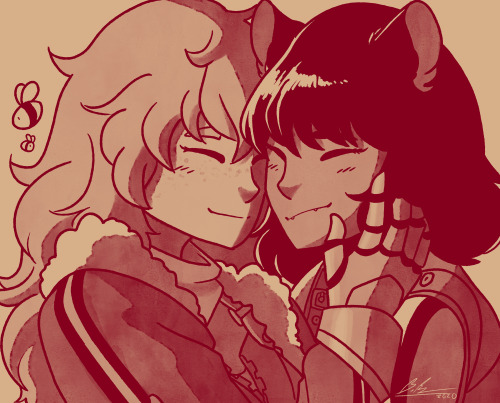 you know what’s a good combo? 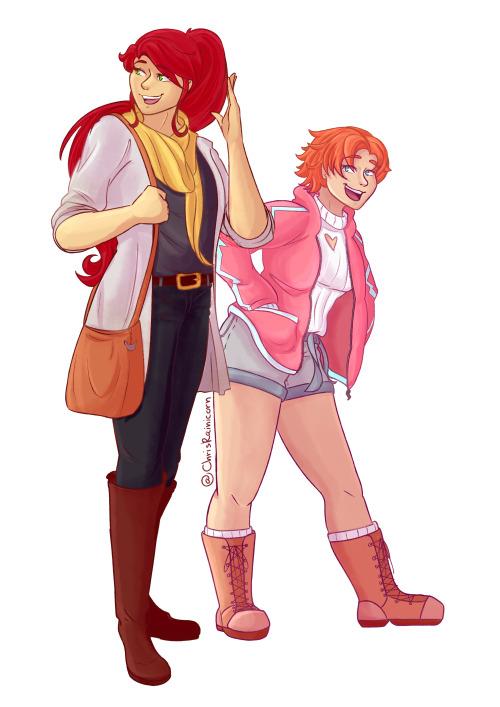 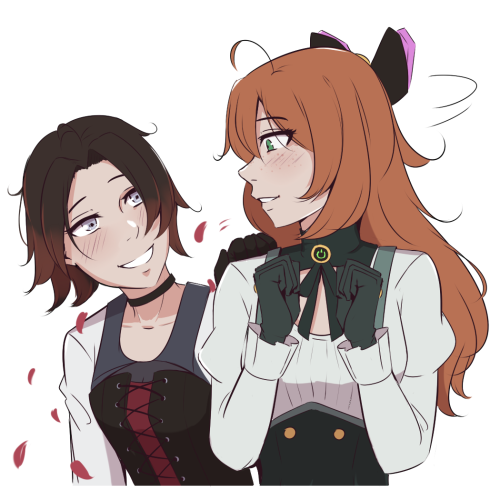 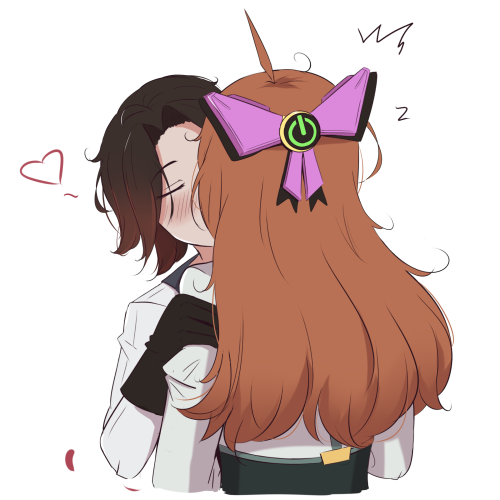 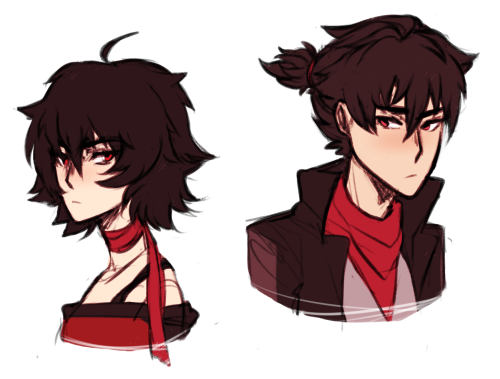 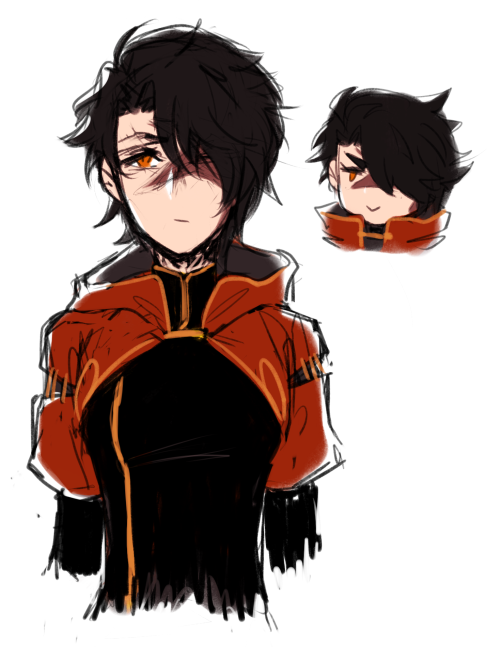 Oh Blake, you don’t stand a chance when your girlfriends want your attention… 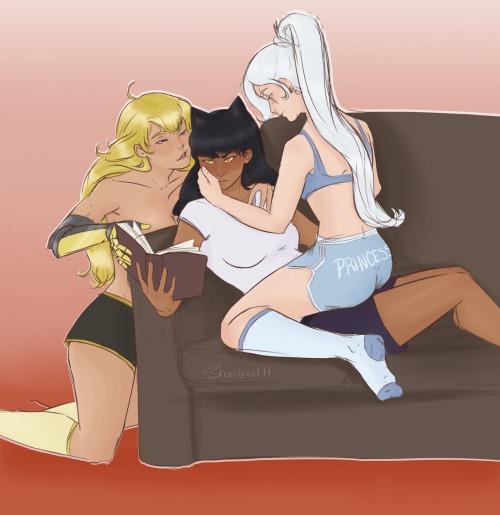 in the middle of us freaking out about v7 storyboards today? these three in a row r LETHAL SDKFJS

they’re from last year how have i never seen these!!!! 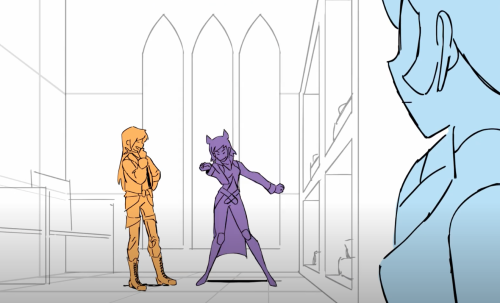 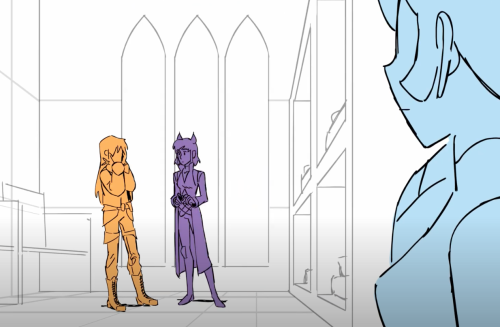 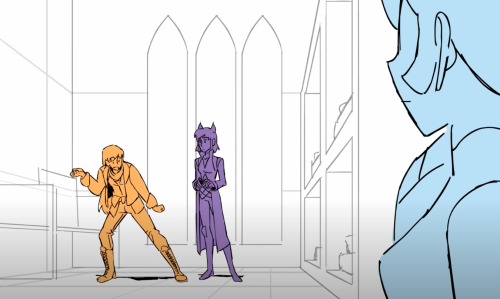 So I was thinking of Cinder and the path she's been on of slowly losing herself in her quest for power, how it's shown in the steady darkening of her clothes and ditching her signature weapon. And I was wondering if/when Cinder is redeemed how do you think that will be shown? The obvious answer is she gets a red outfit and reforges Midnight, but at the same time those are still tied to her dark times. Like on a meta level we associate metal Midnight with Cinder beginning her murderous quest for the Fall powers and extending the cycle of abuse with her, Emerald, and Mercury. So do you think it's more likely that they'd put redeemed Cinder in Red with Midnight, or perhaps have her go further with a secondary color (gold maybe? with red still there probably) and a new weapon?

You have to ask, which colour is Cinder’s? Is she Red? Is she Black? Or are those both fronts she puts up?

Personally, I get the feeling that Orange may be a truer colour for her than what we’ve seen so far. It’s the colour of her aura, the colour of her soul, and such is only visible when she’s at her most vulnerable.

With Midnight being the darkest hour, perhaps it would be called something like Sunrise.

#redeemed or not she’s still a drama queen, #anyway a light version of midnight would absolutely suit her, #and orange is definitely her color, #at the start it was very prominent, #when she was mostly independent.. but since then.., #it’s been snuffed out the further she falls to obsession and subservience, #the further she becomes Salem’s vessel, #cinder fall, #don’t judge me makin LoZ refs over here botw is a good fricken game
70 notes · See All
petracore101·3 days agoText

Blake: Sometimes I get to thinking about gender, and what exactly it means. Like, for me, it feels like it just comes and goes, with each time less and less familiar to me than the last, but it’s still there, but indefinable, intangible. And just as I feel I’m beginning to somehow understand, it’s gone. It’s a beautiful uncertainty, trying to learn something that refuses to stay for long.

This is a commission I got a few months ago by @wallipudu! Please please go check out those cool commission details because they are open again and…. C'mon, look at this art. U kno u want this art. Also don’t delete this caption. 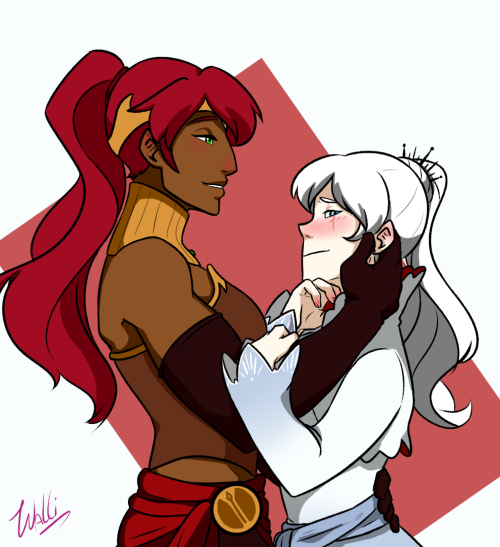 i think they turned out cute ^.^ backpack || duffle 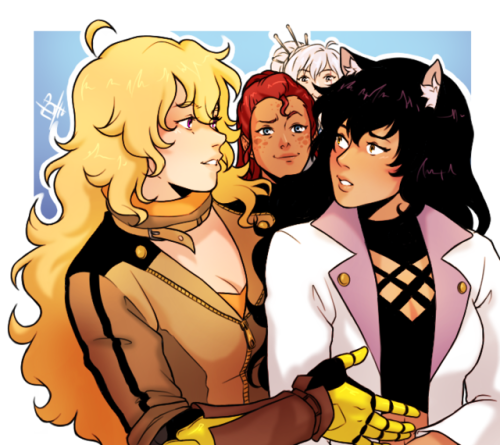 shes yelling at ironwood :) also look i figured out how to get lightning to work with these brushes! 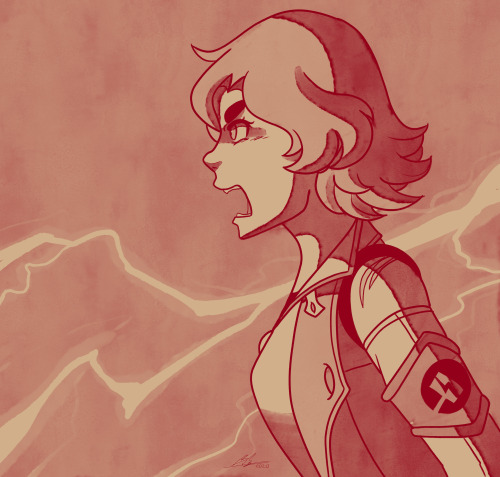 he’s been up all night…wonder what he’s working on…. 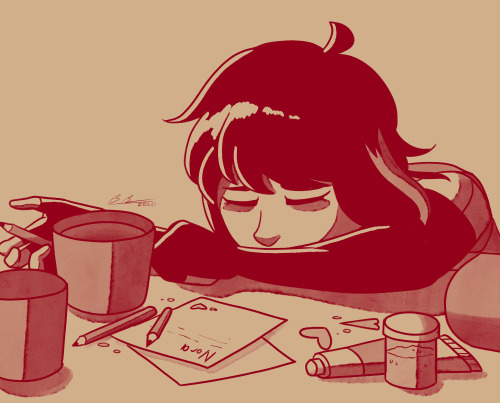 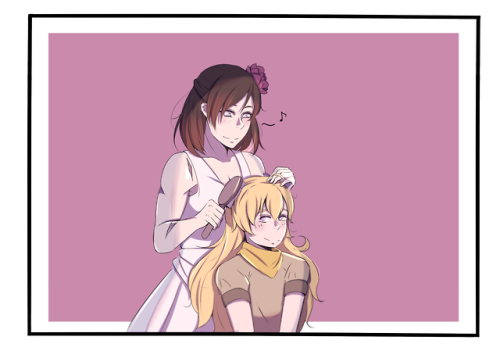 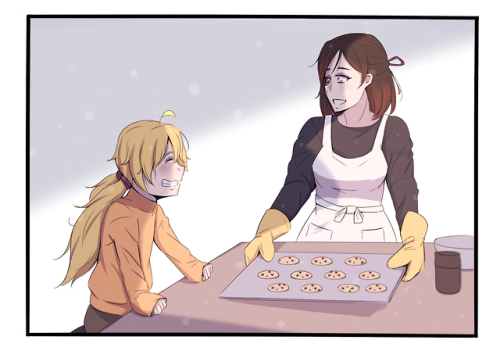 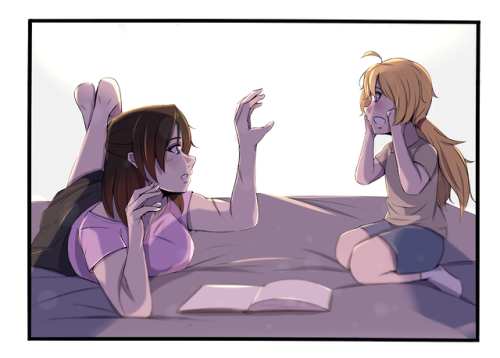 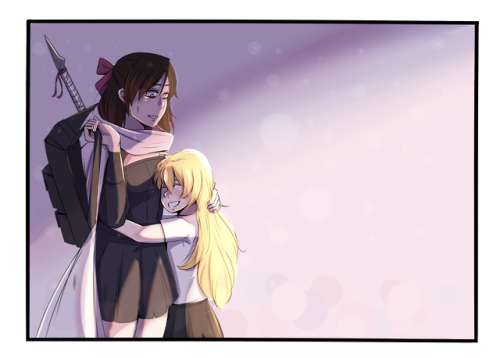 lol,, yeah I almost had him as neutral. he isn’t really “lawful” in the common parlance, but he fits the way the alignment is typically defined in d&d just about perfectly. explanation under the cut if you want ^^

Basically Jaune is lawful because he follows his own code, his own strict idea of right and wrong, and expects the same of others, regardless of local rules and regulations. Just like Weiss and Ren, Jaune is really quite inflexible when it comes to what is “right”, which is a very lawful trait in the D&D sense. If I were going to put him on their alignment chart, I’d place him as lawful good (and tbh he’s a very typical paladin take on that alignment). From the wiki:

He exemplifies this repeatedly in the show. He forges a transcript because he believes it’s his duty/purpose to become a huntsman, but expresses a lot of guilt about it because the act of lying went against his code. He’s furious with Oz because he believes Oz broke that code by misleading them about Salem. His disdain for the Atlesian government (with Cordovin initially, and later in Atlas itself) comes after those leaders refuse to follow his code as well. In his eyes he’s still following the same laws as always, in each case. When he does break the law, it’s because the rules prevent him from following his code, what he believes to be just and right. He holds that code above all others, that’s his law.

#jaune arc, #idk im not like;; set on this, #but figured i should explain my logic
8 notes · See All
petracore101·6 days agoAnswer

I dunno, I just don't see Ironwood giving up like that, either as a full surrender or a an alliance or what. So much of his hero complex is based around him vs Salem, that his military is the only thing standing between her and victory. I don't see him dropping that. I could see him taking pretty much any other, horrible option than throwing in with Salem.

Im genuinely curious what reading you have on ironwood that makes you say hed surrender to salem or accept an aliance?

Look, I don’t think Ironwood is gonna jump into an alliance happily or willingly.

But in his mind, there isn’t going to be another option.

I’ve been saying for a while now that Ironwood is another Believer In Strength. He trusts in his own strength, and in the martial strength of the Atlesian Military, to solve any problem.

But in RWBY, when a believer in strength comes across a problem that can’t be beaten with strength, more often than not Salem, they end up taking one of three options:

Ironwood’s not gonna take option 1, option 1 is a whole character arc and it’s not gonna happen in Volume 8. The heroes take Option 1, and Ironwood is not going to speedrun a redemption arc so close to his fall.

Ironwood tried to take option 2. Unless he can capture Penny, option 2 is off the table for now. I fully believe that this is the option he still has in mind, and will likely take any chance he can to put it into action.

But right now, all that’s left is Option 3. He’s not gonna stand and fight, because he knows he’ll lose, and he’s not willing to fight a losing battle. He can’t run away, because Atlas cannot run away at this present moment, and running away without it is abandoning his strength.

Ironwood is going to ally with Salem because he doesn’t see any other way out.

Yes, he believes he’s a hero, but he sees heroism as sacrifice. His reputation, his arm, Mantle, he is willing to sacrifice anything so long as he sees himself as heroic.

And what’s more heroic, more sacrificial, than selling your soul to the Devil for the lives of others?

#I’ve been having thoughts about this man..., #he’s on a dark road, #I don’t think he gets to die a hero, #I think he’ll live just long enough to see himself become the villain, #james ironwood, #salem, #rwby8, #long post, #petratalks
151 notes · See All
Next Page