The Life and loves of a Puppetmaker

We looked inside some of the posts by puppetmaker40 and here's what we found interesting.

We, as homo sapiens, cannot live in fight or flight for long periods of time without it taking a toll on our physical and mental health.

We are learning more and more the mind/body connection. The stress of the mind translates to stress response in the body.

The stress response can be broken down into three parts, the alarm or the demand on the body (physical or mental), the resistance or the response to the demand by mobilizing resources to solve the problem or issue, and exhaustion when the solution does not work or the solution is not in our power.

We can cycle fast through this or we can get stuck in a loop. The longer we have to deal with the stress, the more we are taxing our bodies.

The feeling of helplessness doesn’t help in this situation when we have no control over what is happening around us.

I feel like I am in a permanent crouch waiting for the next shoe to drop and praying it doesn’t drop on top of me and mine.

This is not my first time at this rodeo. After Peter had his stroke, I felt the same way. It is gets better over time, but I still have that niggling dread that something is going to happen to him again. Rationally I know he has a team of doctors making sure he is fine, and he is working hard to stay well. But irrationally I worry.

Right now, the world had battle fatigue. We have been dealing with the virus for almost six months and there does not seem to be an end in sight.

We are collectively tired and angry at the same time.

This past week has been a bit of a rollercoaster of ups and downs.

The passing of Susan Ellison was a blow. It is hard to even fathom.

There were some nice things that happen.

I did get a project to the point I can do something else and not feel guilty.

But there are still bits and bobs I need to attend to so those are in the back of my head.

My mind is a whirl. I do have ways to get it to slow down and focus. But if I don’t need to focus, I let it go to work out problems and issues.

I look forward when I don’t feel like I am living in a crouched position trying to decide fight or flight.

I am grateful for those moments of happiness in my life.

How are y’all doing in these turbulent times?

I don’t think this is what people mean when they say they want to screw Benedict Cumberbatch.

The fanfic writes itself 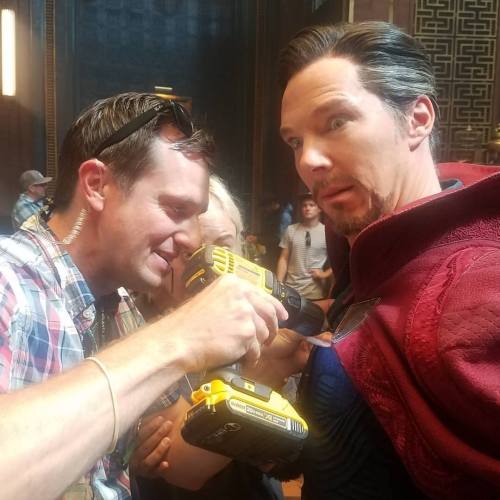 After 3 ½ years in a coma, this young man learns what his vote did for America

This was a couple of years ago. That’s me, my Hartnell puppet, and Peter Capaldi. 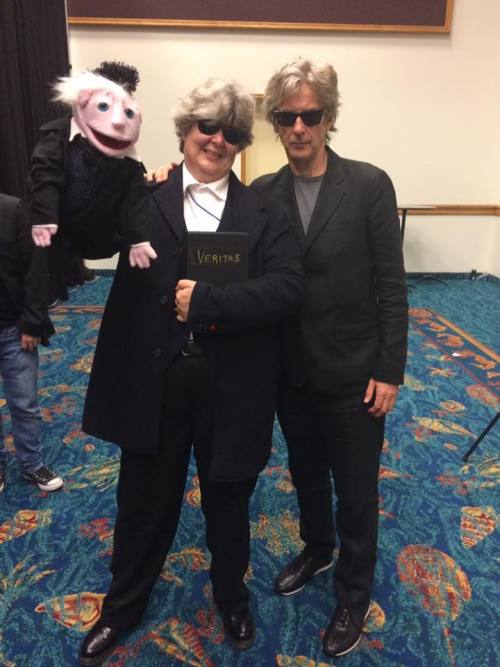 #peter capaldi, #doctor who, #puppets I have made
17 notes · See All
puppetmaker40·15 days agoPhoto

Yes, yes we are and damn proud of it. 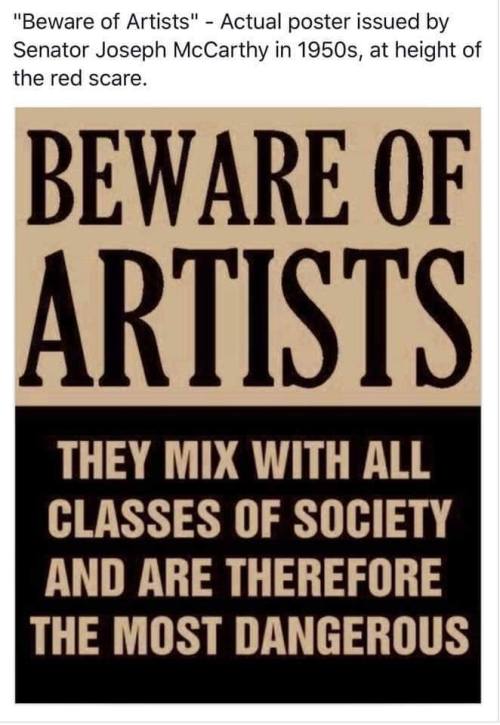 #art dangerously, #Mccarthy era, #this is how it starts
3 notes · See All
puppetmaker40·17 days agoPhoto

I have one tattoo so far but it is a doozy. Wendy Pini drew Cutter from Elfquest on my arm and I got it inked. This is a companion piece to Peter’s Leetah tattoo 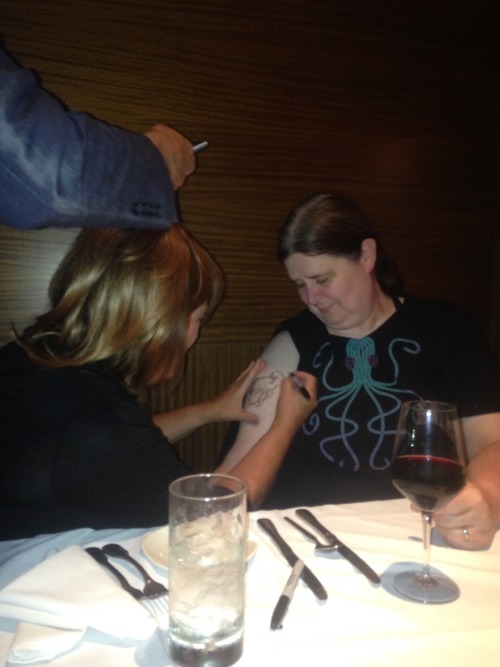 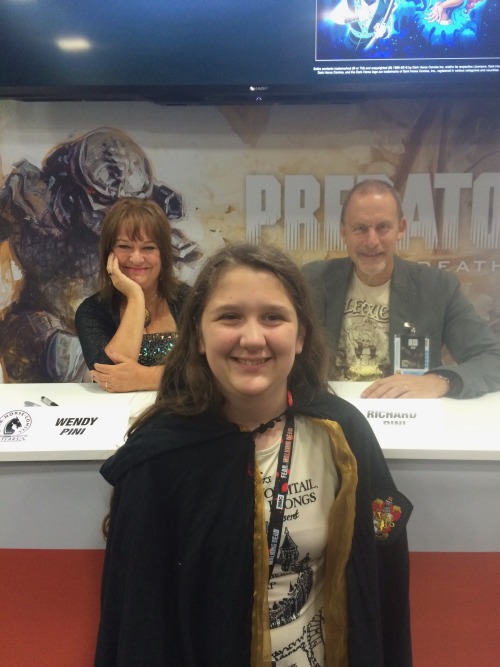 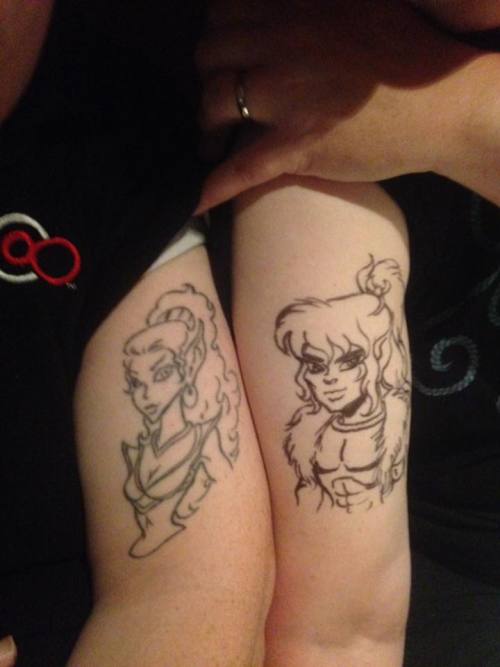 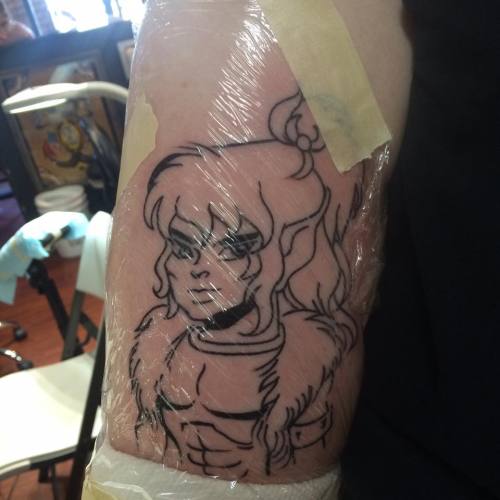 Today should have been the preview night for the SDCC with all the hoopla that goes with it.

Four years ago at San Diego Comic Con my daughter Caroline got to meet her hero Rebecca Sugar. It was a magical adventure for her. 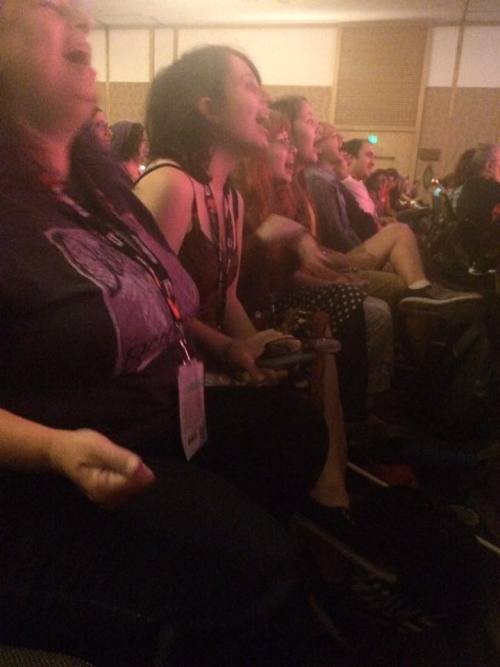 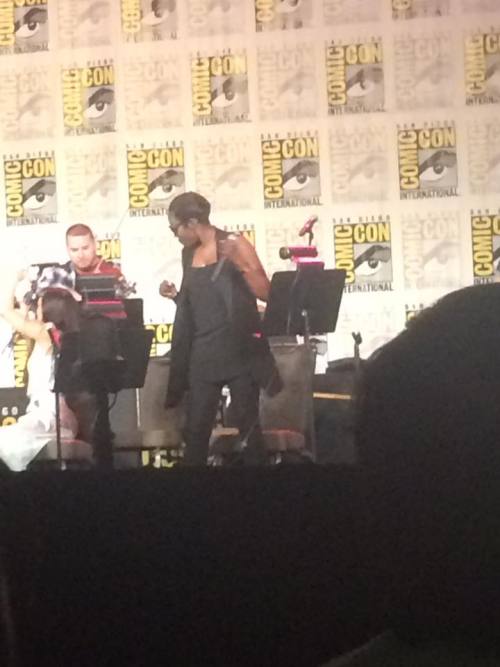 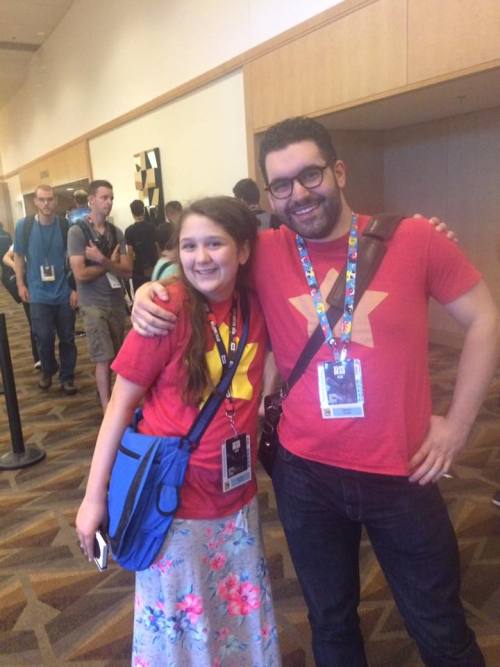 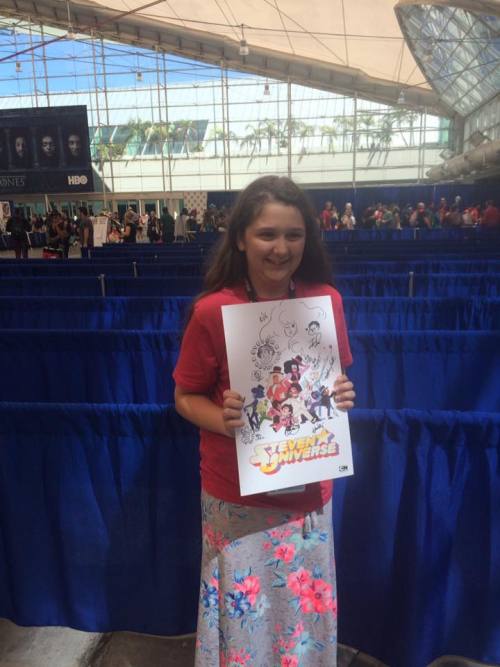 Wear your GD masks so we can get this under control 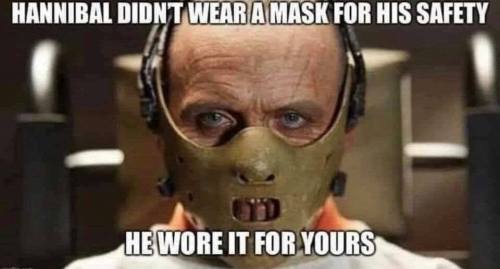 That time at SDCC that I introduced Terry to George. 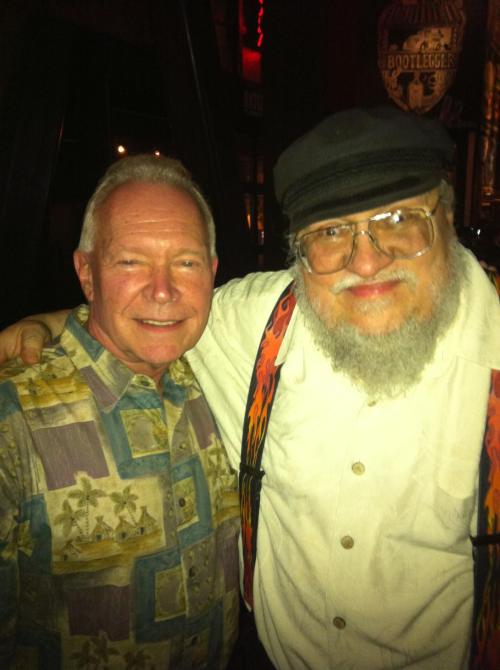 This is what my husband has been writing for the land of Marvel among other projects. The art is beautiful and the story is tight.

This is from 8 years ago at SDCC at the Random House party. From left to right Peter David (writer of stuff), Caroline Spector (esteemed author), George RR Martin (Father of Dragons and Death), me, and Warren Spector (Gaming God) 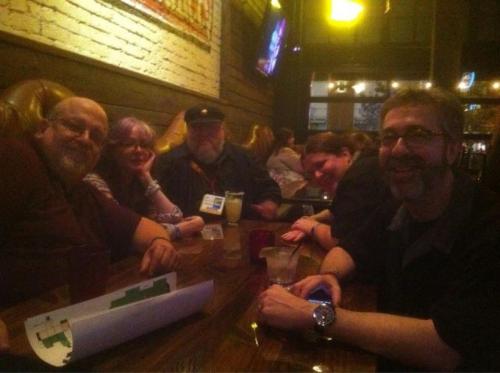 This was a costume we did at Shoreleave in Baltimore 11 years ago. We should be there this weekend so I am showing of previous costumes. This one was entitled Pilates of the Caribbean 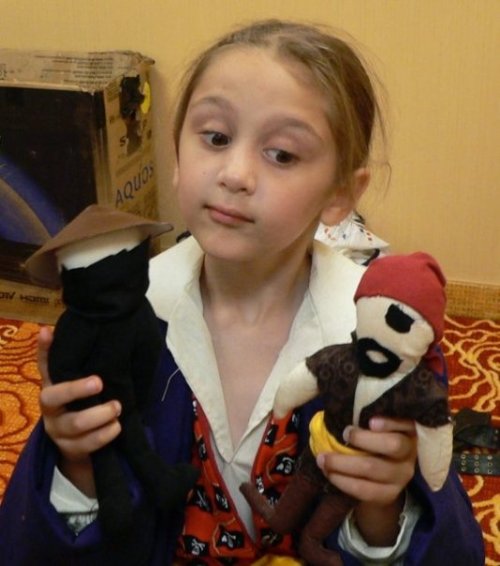 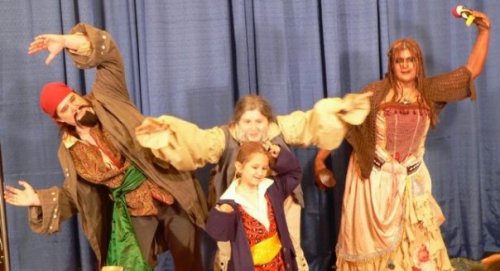 #masquerade, #pilates of the Caribbean, #Costumes I have made
1 notes · See All
puppetmaker40·a month agoText

Put the oven rack to a point where the marshmallows will not touch the coil as they expand (learned this the hard way) as you are assembling turn your broiler onto low (high is too hot) to warm up. Put them in the oven and check about every two minutes until the tops are a nice brown.

Serve with lots of napkins.

You can just use half a graham cracker for a more original S’more and put the other half on top so you don’t have to eat with a knife and fork.

The next to the last time I went to Harlan’s house to see him and Susan. Still miss him/ 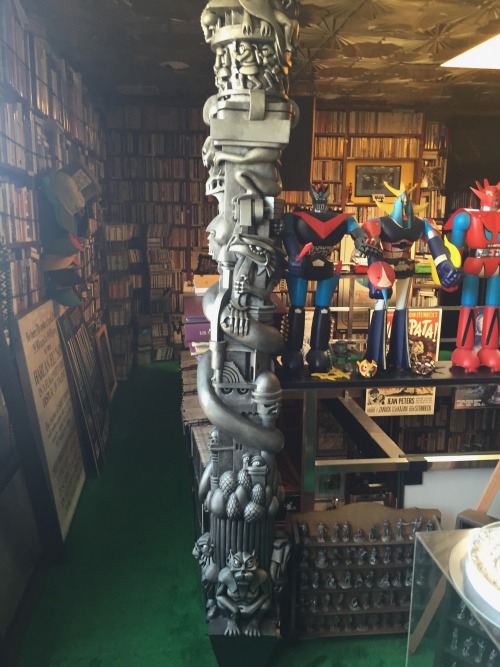 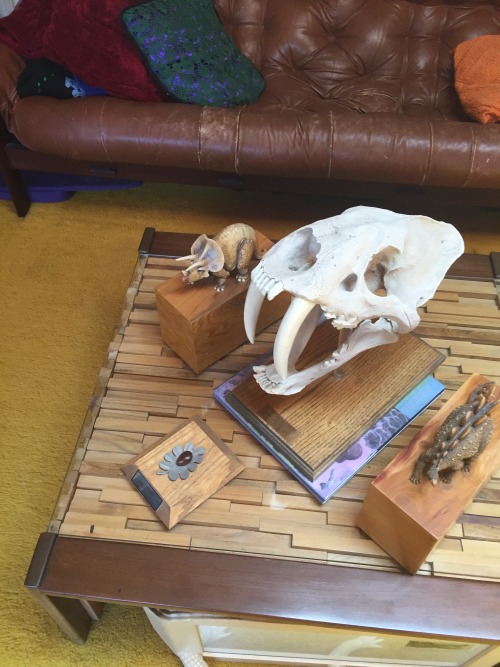 Here is an oldie but a goodie

They redid it with the visuals from the film. The Hamilton crew did this for Al and it is brilliant 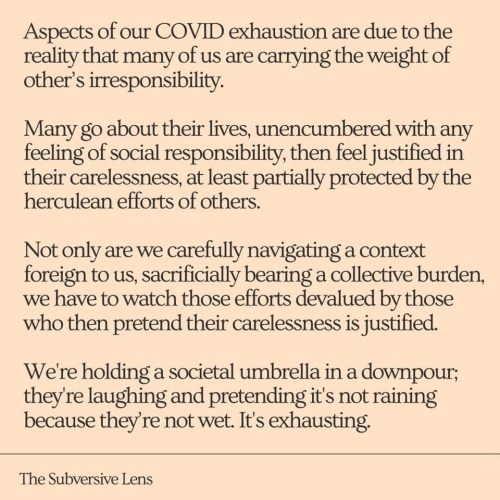 9 years ago on the set of MiB where I learned that Josh Brolin is an excellent hugger.

8 years ago I was in Pienza while Spain Italy played Spain in the World Cup. They set up a big screen in the plaza on the steps of the church and the whole village came out to watch and cheer together.

#Places I have been, #a day in a life
5 notes · See All
puppetmaker40·a month agoPhoto

Never be cruel, never be cowardly. And never ever eat pears! Remember – hate is always foolish…and love, is always wise.

Always try, to be nice and never fail to be kind. Oh, and….and you mustn’t tell anyone your name. No-one would understand it anyway. Except….Except….children. Children can hear it. Sometimes – if their hearts are in the right place, and the stars are too. Children can hear your name. 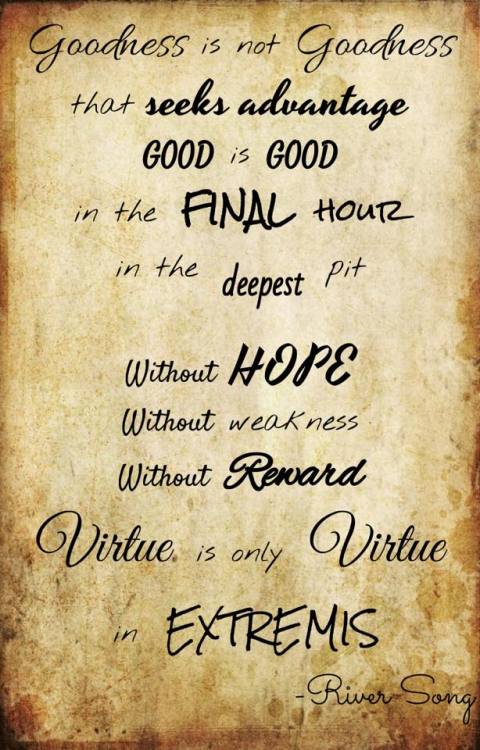 Day 31 of the Reopening Epic aka Friday

I have over time tried to keep politics to a minimum here. The few times I expressed my feelings about a matter that was touchy, I put it under a cut giving people the option to opt out.

I have been thinking about what has been going on all around me in 2020. All the people I know who are affected by what is happening more than I am. One of them thanked me for being an ally and I felt embarrassed.

Back in the 80s during the AIDs crises there was a phrase that was used that has stuck in my head. Silence = Death.

Silence doesn’t help those who have been marginalized.

I cannot be silent anymore.

This is some of what I believe. There will probably be more of these as time goes on.

I believe in equal rights regardless of the long list of exceptions some people would like to keep in place. Equal (noun): a person or thing considered to be the same as another in status or quality. Equal does not mean that you get less rights because someone is getting the rights they should have had since the formation of this country. No one is taking anyone’s rights away. Equal pay for equal work. Equal opportunities for everyone. Equal not more.

A job should be decided on the person’s abilities and character not their outer appearance.

What consenting adults do in their bedroom is none of anyone else’s damn business. I blame the Victorians for this.

Also this obsession about what consenting adults do is very creepy.

I believe that LGBTQ+ people deserve the same rights as everyone else from employment to education to housing to marriage and any other rights straight folks enjoy.

Today is the fifth anniversary of the Supreme Court decision that marriage is marriage with no qualifiers as to who can marry whom. Five years later the dire predictions of the people who were in opposition to it have not come to past.

I believe that being smart is not a detriment.

I am an intellectual who was raised by intellectuals that taught me that being smart is a good thing. My family is smart and well educated and I refuse to apologize for that.

I believe in being educated and continuing to learn and expand what I know.

Knowledge is power. Willful ignorance is stupidity on steroids.

I know my brain works faster than most of the people on the planet. I know that I am smarter than most. I refuse to dumb myself down for others comfort.

I believe in science and the scientific method.

I believe in facts and evidence.

I believe that, given new facts, my beliefs can change.

I believe in wearing masks and social distancing will keep us on the right path until we have a working vaccine. If the CDC or another scientific body I trust change what we need to do to be safe, I will do that.

I believe we can be better than we are now.

I am a Democrat raised by Democrats who believe in helping people is the right thing to do. I believe in social equality. Peter and I have the same political beliefs and I support him in expressing himself.

I believe we can be better than we are now.

I believe that Silence does Equal Death and I will be silent no more.

I am grateful for my parents giving me the tools to shape my moral compass.

#i believe
1 notes · See All
Next Page