This account is just random RWBY headcanons and alternate universes. Feel free to submit your stuff in ask box and submit box

We looked inside some of the posts by random-rwby-au-headcanons and here's what we found interesting.

GOD the FNDM is exhausting, folks really are treating “ROBYN HILL and the HAPPY HUNTRESSES allude to Robin Hood and the Merry Men” as if it was a massive reveal on Stay Zen this morning and not just

the most unsubtle allusion in the show since Just Literally Sun Wukong.

And in another installment of  “random thoughts I had today”: Atlas couldn’t be more America-coded if they were wearing red white and blue….oh wait, THEY ARE.

just drawing the girls before volume 8 wrecks me beyond repair 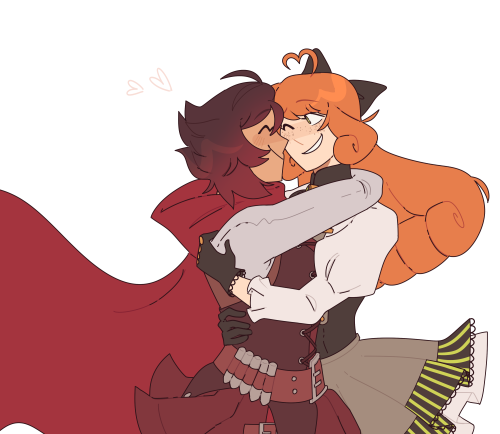 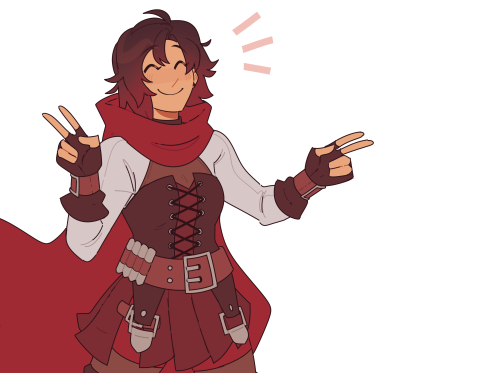 One of the reasons I feel so comfortable using Tumblr over other social media is because this site is clearly too incompetent to be evil.

The basic business model of a social network is to harvest commercially valuable personal data and sell it, most famously via targeted ads. Anyone visiting my blog can clearly see that I am a queer furry who’s into video games and art. And yet I am only served ads for funeral homes, Bible story DVDs, and the current president’s reelection campaign (in 2018 for some reason)

Me: Runs a blog dedicated to dungeons and dragons and anime
Tumblr: You know what, you strike me as a sporty type

I’m a social media manager for my day job and Tumblr is literally the only social media platform I can relax on anymore because it’s so incompetent when it comes to exploiting my personal data.

Valid criticism of RWBY’s gay rep: The near-total lack of mlm and aspec characters, and until recently trans characters.

Invalid criticism of RWBY’s gay rep: Telling gay women we “deserve better” and are being baited and speaking over us when we say we’re happy with the show’s wlw content.

Here are cute poses of Weiss and Yang hope you all like them.😀

Don’t forget shit like “Blake should have been an poor street orphan, because her basically being a princess and having loving parents makes her too privileged” when her status doesn’t mean shit in most of Remnant, her being an important figure in Faunus society and having been raised travelling between kingdoms participating in protests and activism for her people and raised to have a strong sense of social justice by parents who led the White Fang (“YOU COULD ALMOST SAY I WAS BORN INTO IT”) is sort of the whole fucking point of her character and reclaiming a role that was stolen from her by Adam and growing into the true leader of the White Fang.

I think the funniest things to come out of RWBY critics are when they suggest fix-its that shows that they just fundamentally don’t understand the thing they’re criticizing. “Let’s make Ruby the oldest so she’s less naive it’s more believable that she’s leader.” No, that’s the point! She’s an optimist! Being a young leader is fundamental to her arc! “Watts should have done everything right but still have been snubbed by Ironwood, making his villainy realistic.” He’s a petty asshole with such a massive ego that anything less than gratuitous praise is an insult to him. He doesn’t need to be sympathetic! “Adam and Ilia should have swapped character arcs–” I’m going to stop you right there. That speaks for itself.

As well as “Cinder should’ve died in vol3/5 and been replaced by Emerald/Neo because she’s a worthless character”, Ozpin should have been evil so Salem’s hatred of him is more justified" or “Ozpin should’ve reincarnated into Jaune instead because Oscar is a useless character who shouldn’t exist” which are also in the top 10 contenders for Making Me Want To Rip A Door Off Its Hinges 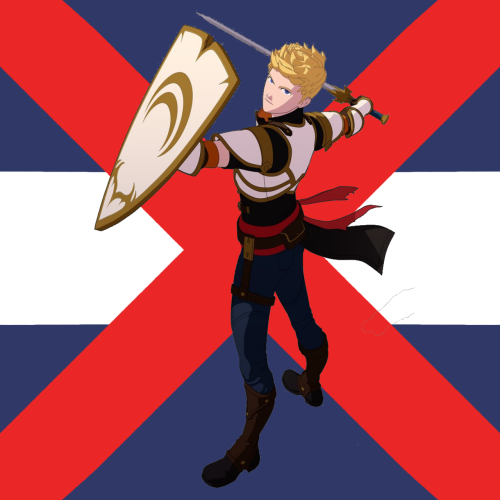 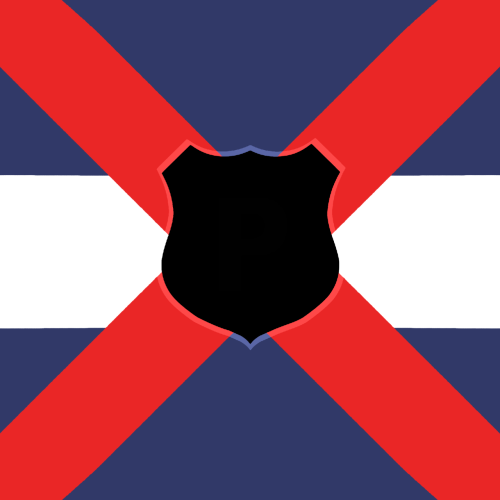 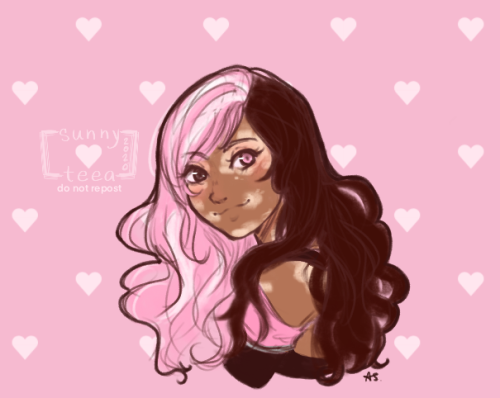 controversial opinion but sometimes….canon is better than fanon

Hey guys just so you know the trailer just dropped

A comprehensive compilation of every time Yang has looked at Blake in a Not Heterosexual™ way so far because I can.

Adding more cause I missed some. 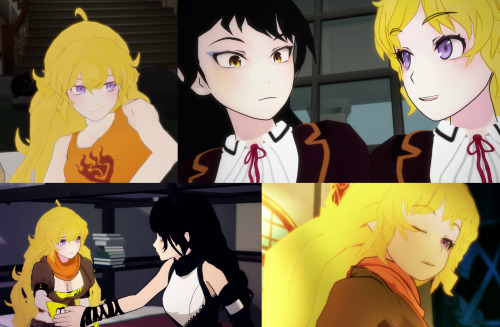 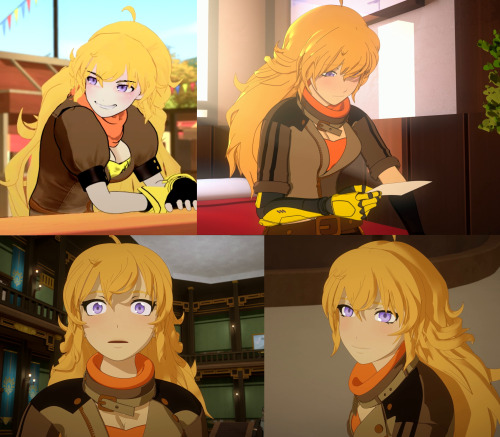 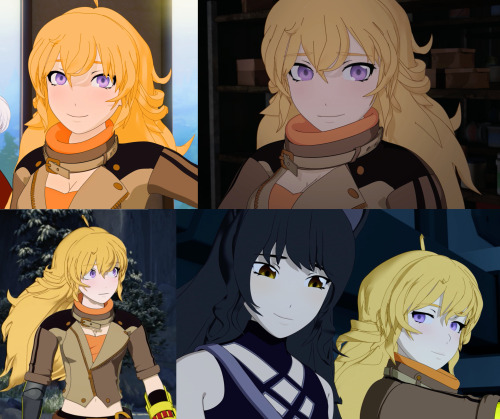 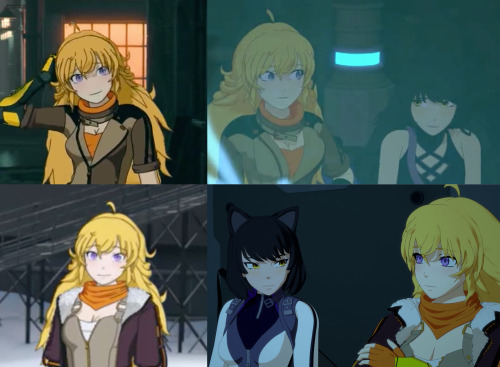 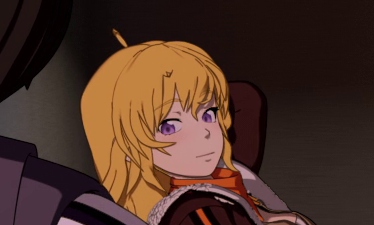 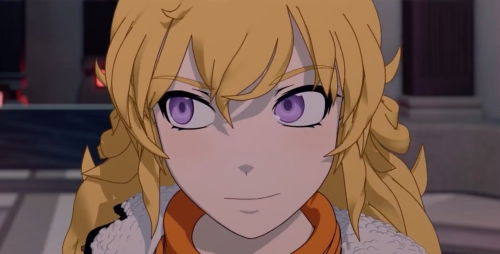 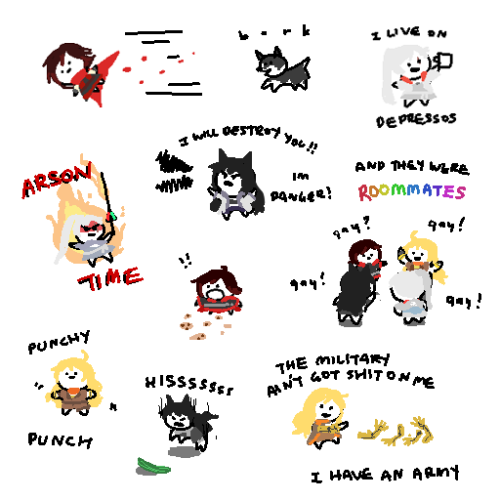 so good at hugging!!

This is still my favorite RWBY comic ever 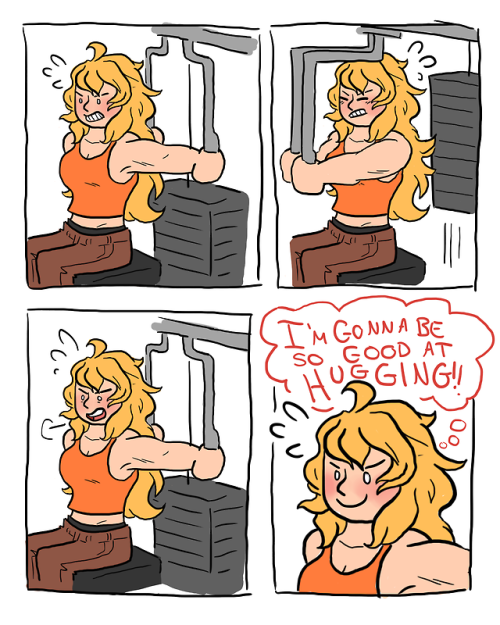 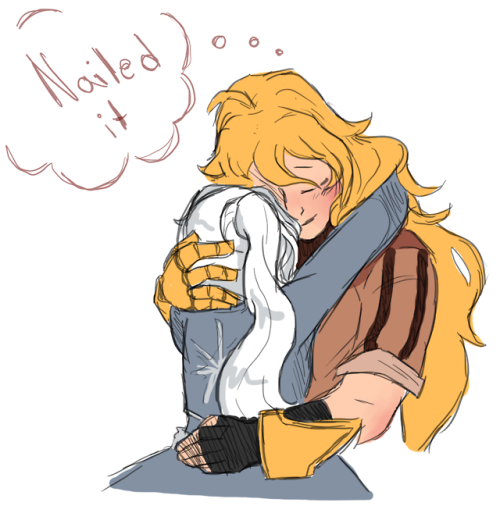