Hey! My name is Rex Armstrong. I'm the singer/bassist of the punk rock band, The Forgotten Situation. Don't be afraid to talk to me. I know the "blind thing" can throw people off. Just roll with it: I know I do!

We looked inside some of the posts by rex-armstrong and here's what we found interesting.

“Mr. Armstrong is, without a doubt, the coolest teacher ever.” Marcie stated over her school-board sponsored mac and cheese. Her friends Georgia, Jeremey and Donnie were seated around her, and she felt that this topic of study would surely make lunchtime go by faster.

“Yeah. He got hired last year, and he’s got the green hair.” Marcie replied.

“How did he even get hired with that color hair?” came Donnie’s gruff reply through meatloaf substitute

“It’s not a professional color.”

“Wow, Donnie. Anyone could have told you that. A white cane isn’t a fashion statement.”

“He dyes his hair green! It’s safe to assume he could be faking!”

“Why would he do that?” Marcie asked impatiently.

“Well, to get back to the main point of topic in this conversation; you were about to discuss who you thought he should ask out on staff.”

“We were, but I didn’t necessarily say they had to be on staff…”

“I think he should date Miss Dubois.” Jeremey offered stoically.

“You can leave the conversation if you have nothing positive to add, Donald.”  By the way of muttering about ‘being realistic’, he remained quiet from that point forward.

“I think Miss Dubois is super pretty, but would she date someone like Mr. Armstrong. He seems so rough-looking. It’s against her aesthetics or something….” Marcie stated.

“No way. Mr. Armstrong is super down to earth. Always nice to us, gives people chances to really learn. And he is the sponsor for all the Special Ed students.”

“He’s the sponsor for the Students with Disabilities office. Shit, it’s 2016, get with the lingo.”

“Whatever, Donnie. Fuck.” Georgia moaned at his correction, “ Point is, she is always talking to him in the teacher’s lounge. When I go in there for my T.A. hours, I see them. She always talks to him first, and she blushes when he smiles.”

“I thought Ms. Flannery was into Mr. Armstrong too.”

“The librarian is already engaged.” Marcie stated with finality. All the others nodded.

“Window shopping is free.” chimed in Jeremy, who’d listened to most of the conversation without comment, “ I think y’all are on to something.”

“As do I,” came the familiar voice of the music teacher from above them. He indeed looked like a punk in grown-ups clothes, holding his lunch in one hand and his cane in the other. Aside from his jeans and button-down shirt (untucked) under a waistcoat, he wore Doc Marten boots and tucked his septum piercing into his nose during school hours. Anyone who saw him leaving campus would note that at the carpool loop (while waiting for his Uber), he would untuck it. Also apparent were other piercings that he must have kept at home.

“However, I hope you all will leave the speculations away from earshot of Miss Dubois. I don’t think she’d like it half as much as I would. See you in class.” He could perceptibly feel the chill down the students spines and the excited whispers about being found out by their study subject. Rex went up the stairs in the hall to the teacher’s lounge above. He could tell she was in there with him, but usually never addressed her first. He assumed that she preferred to initiate all contact. However, this was just too good to pass up.

“Miss. Dubois,” he stated to a mostly empty room, “there has been a funny sort of Valentine’s chatter in the cafeteria air.”

The flight was a long one, from Europe back to the U.S. and the band was flying first class. However, the tour had extended by a week, so changing their flight meant changing their seating arrangements. Milo and Brett were pretty close to each other, but Rex volunteered to sit farther away. They boarded in the first group “ those who need extra time or assistance down the jet bridge.” Between the blind guy, the deaf guy and the selective mute, Rex believed they fit the category.

Once he’d settled into his seating arrangement, he was well aware of the extra seat beside him; he never took window, but stood graciously when a pleasantly scented stranger asked to slip by to her assigned spot.

They were served at 36,000 feet and once the food arrived, Rex decided to listen to the in-flight movie. He’d not bothered to make conversation with his riding companion; it didn’t seem like the thing to do, since the flight would take hours upon hours until they reached New York. Brett would send him texts every so often, which he would put his personal headphones in to listen to.

and so on and so on. Rex kept assuring the guitarist that he was fine, but Brett was apt to worry. He couldn’t do much else to assure him, except to smile whenever he got a text and responded in kind.

Mid-way across the Atlantic, Rex felt a pressure on his shoulder. He furrowed him eyebrows, lowering his headphones and forgetting all about the beginning of the third film. He reached an inquisitive hand out and felt her breathing slow and steady on his shoulder. He hit the assistance button.

“What can I get for you, sir?” asked the flight attendance.

“Just a blanket for my friend here.” he whispered with a smile, “and maybe a refill on my iced tea?”  The items were aquired and the attendant helped Rex cover the slumbering stranger. He wouldn’t move her for the duration of the flight, merely working around her as he listened to movies and snacked. Upon landing amidst rough air, he gently steadied her head so she could keep sleeping. It was only when they were taxied toward the gate that he made any effort to wake her.

“Attention sleepy stranger,” he hummed gently, “ you have arrived in La Guardia Airport. The current time is 7:05 p.m.”  His hand was over her hand, lightly rubbing it with his thumb to bring her out of her dreams.

awww this is the cutest thing ever

Rex Armstrong, being a cute baby, circa always

I believe in the theory of functionalism, and generally anything is can be optimistic if looked at from the proper angle— I mean, in a metaphorical manifestation of  ’looked at’, but that’s a technicality.“

Hey all! This blog is going to be under construction for a bit, mainly because I’d like to start using Rex again on a regular basis. If anyone would like to plot with me, please let me know!

Things that may or may not occur:

Thank you all for still following me after all this time. Hope to talk soon.

Sam doesn’t have the street cred to be this punk rock ;) 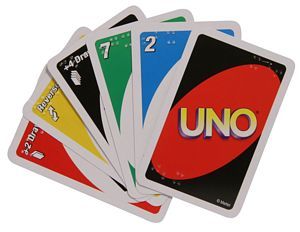 #Literally Rex, #amourhainevin, #Rextoi, #Because he would do that for her, #Hell the fuck yeah, #Punk Rock Romance
795K notes · See All
rex-armstrong·6 years agoPhoto 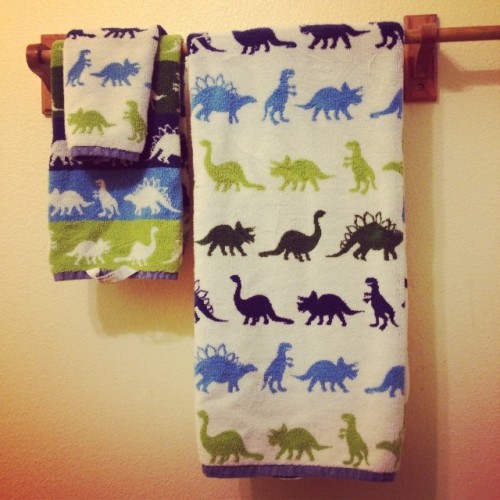 #Rex's Bathroom, #I mean come on., #That is him written all over in neon, #Home Goods, #Tyrannosaurs Queue
20 notes · See All
rex-armstrong·6 years agoPhoto 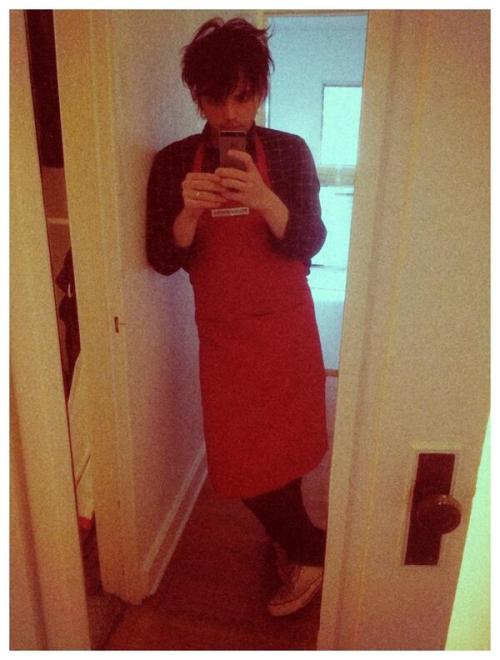 here have one of my RP otps being dumb nerds

blame facetiousfiend, because she said that Rex and Ann would totally dress up as Mary Poppins and Bert for Halloween one year. Their daughter would be a penguin, but I am horrible at kids. So I drew these fucking nerds.

ugh i love Ann and Rex so much, they’re babies. 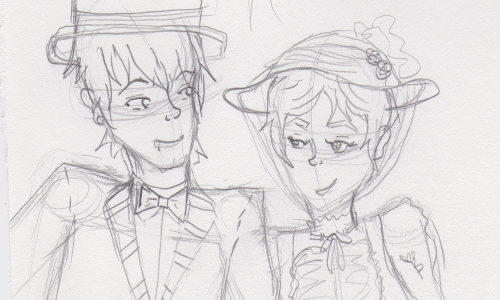 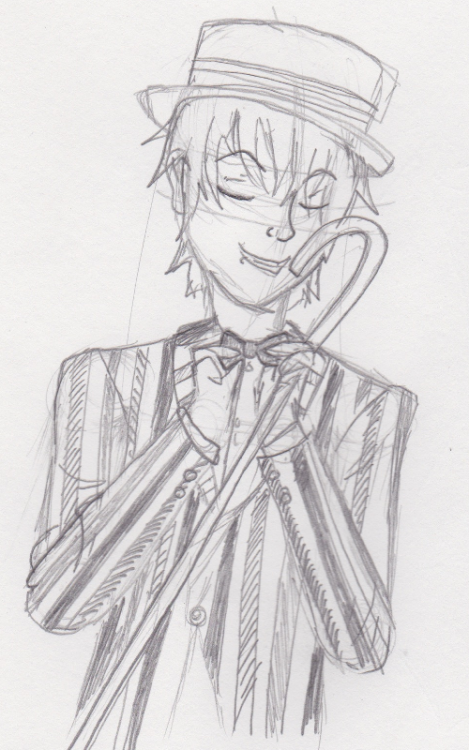 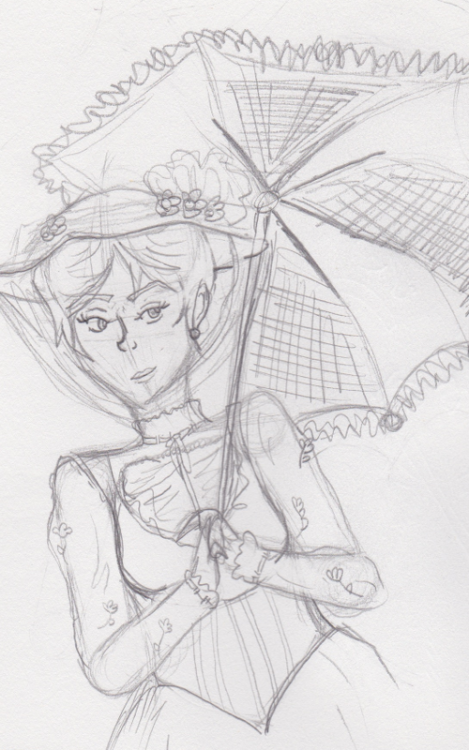 “No.” Her tone harshened as she denied his request, before relaxing back into calm boredom as she continued. “Please continue to the first chamber.”

Overall, she really didn’t care if he needed a cane or not. But, aside from her own lack of empathy, she had other reasons for denying the request. The other blind test subjects weren’t given canes, so giving him preferential treatment would throw off the test results. Besides, if he survived long enough to get to the tests where a portal gun was required, it would be difficult to maneuver one with one hand occupied by a cane.

"I’d say that’s a little unfair.” he stated with a grim expression, his hands touching the Plexiglas walls as he guided himself towards the humming sound. He didn’t remember too much from before he went under, but he was fairly certain that he’d worked for Aperture. His mind quickly tried to further explore the notion, but an intense mental fog made all deeper thought an uphill trudge. So, Rex decided to focus on the task at hand.

The humming was close now, so he held out a hand to the open portal. But, without realizing, he bumps the back of his hand against the edge and it shocked it. With a yelp, he stumbled back.

“What kind of door is this- I’m… I can’t remember much of anything.”

She watched with some interest before a smile tugged at her lips, “So, a sort of roots thing. It must be nice to be back.” Looking back at him she raised her eyebrows in some stunned silence. He was just glancing at her but Antoinette knew he couldn’t see her, that’s what made it more eerie. Though her eyes never looked away from his after a long time she blinked and pushed her hair back.

With a breathy laugh she thought about it for a while, “Well depends. I know of two places. If you’re hungry we can grab something greasy, or we can go around and get lost in Times Square and that’s always an adventure too.” Antoinette scoffed, “Rex, are you sure not engaged because I have to say personally. Married men are a turn off for me.”

Rex laughed like a child, his cool customer routine seeming to glitches and blur as his true amusement came alive. “ Oh, no. I’ve never been married nor am I ‘engaged’ in the marital manner. I meant engaged in other affiars- oh no, that sounds horrible too!” He covered his mouth, giggling behind it; for a man over 100 years old, he certainly did make a muck of wooing a lady.

“ I’m not busy. That’s what I mean, I’m not busy.” He gave her a bigger smile, hoping that his dorky charm wasn’t a deterrent. 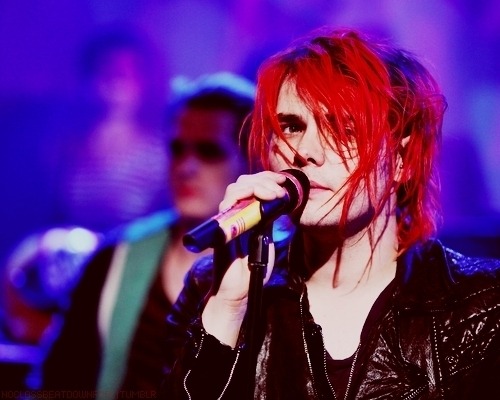 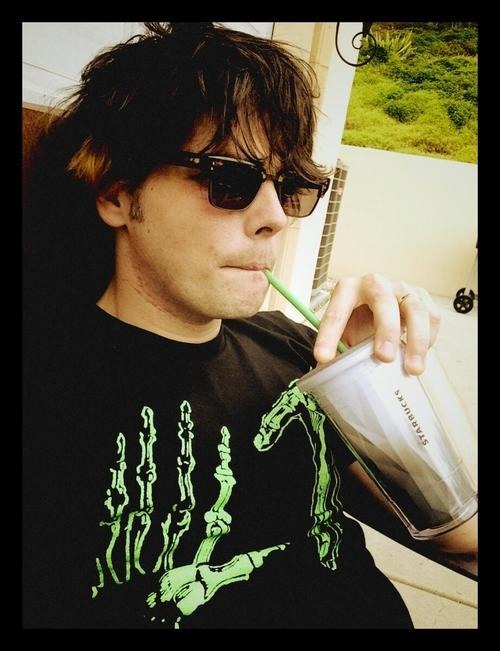 #Tyrannosaurs Queue
43 notes · See All
rex-armstrong·6 years agoLink
SEND MY MUSE ONE OF THE FOLLOWING TEXTS TO SEE HOW THEY REACThttp://i-think-im-gonna-burninhell.tumblr.com/post/69937939415/send-my-muse-one-of-the-following-texts-to-see-how-they