We looked inside some of the posts by sandyjarrell and here's what we found interesting. 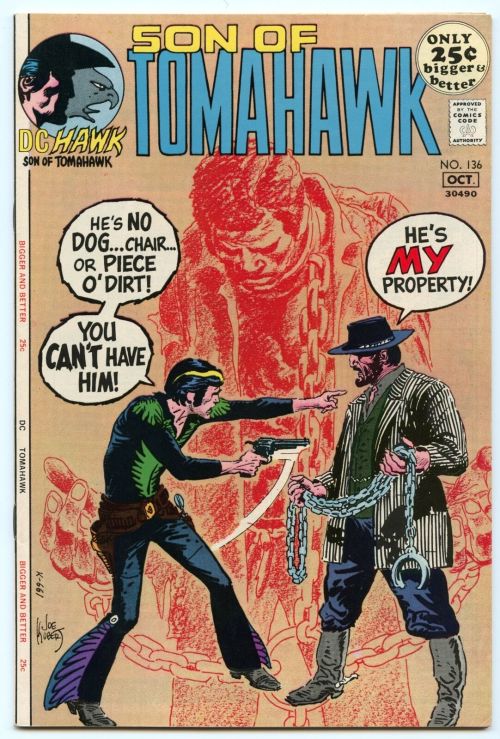 Sabrina the Teenage Witch in “Quarantine Daze” by N.Villiger 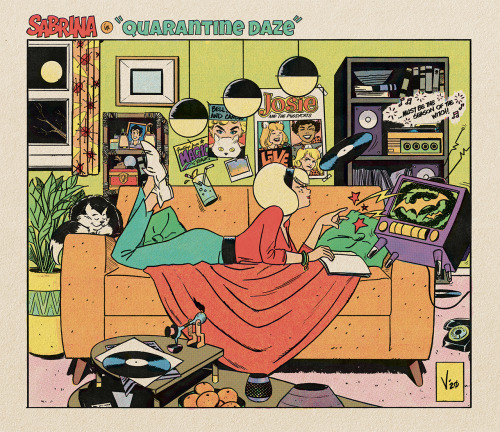 Batman, Robin and the Joker by Marshall Rogers 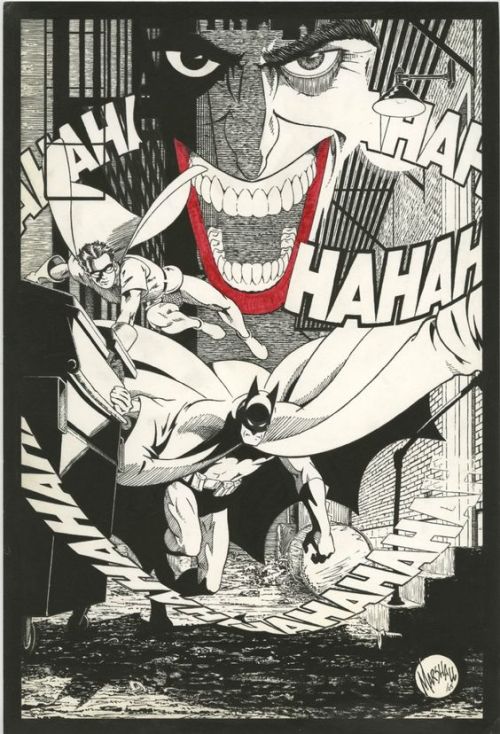 ‪Every time I try to draw Doc he comes out kinda dumb, so I copied a Baumhofer painting to see if I’d maybe learn something ‬

Original Alex Toth page from The Witching Hour #11 (DC, 1970) with Mordred and Cynthia preparing for their sister Mildred’s apparent funeral.

I love Toth, but it’s unfortunate that he drew so much of his art with markers instead of ink, because markers don’t age well. This page has fared far better than some others. 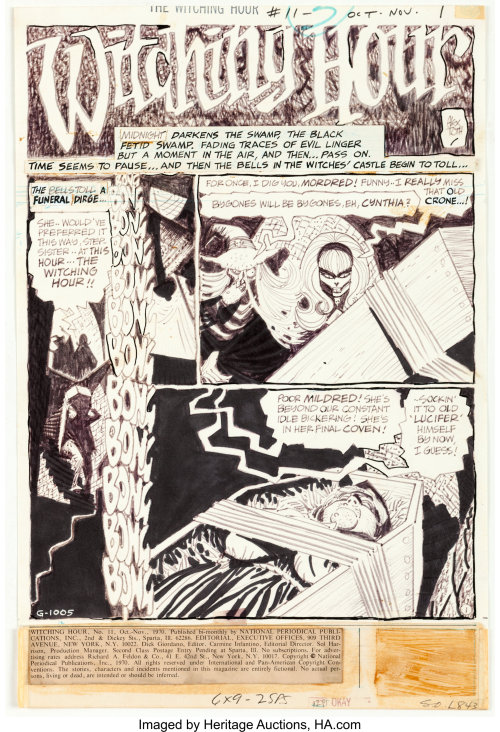 Mort Meskin Captain 3-D #2 Unpublished Complete 9-Page Story Original Pencilled Art (Harvey Comics, c. 1953). The three-dimensional craze (in movies and comic books) petered out rapidly, with only Sawyer’s, Inc., and its View-Master stereoscope slides surviving for the long term. The 3-D funnybooks left some fascinating traces, foreshadowing the Virtual Reality phenomenon of the 1990s. Harvey Comics didn’t even get around to continuing the adventures of Captain 3-D. Here are Meskin’s powerful finished pencils for what would have been Issue #2. (Jack Kirby had based a cover for #2 upon one of Meskin’s final-page panels. The Kirby piece appeared as a coming-attractions advert in Issue #1 – so these pages were created before the first issue landed in December of 1953.) The unique 3-D depth-vision process requires that the artwork bleed out of the leftward borders. Inking would have been done on layers of acetate. Blue-pencil notations indicate which layers would contain the figures, objects, and backgrounds. The negative-number images are in the extreme foreground, and the higher numbers in the far background. The “B” layer would include the panel borders. Pure graphite on spiral-top CrafTint board with an image area of approximately 13" x 18". The pages are numbered 1-9 in the lower right, but also marked C-19 through C-27, which indicates internal pagination. 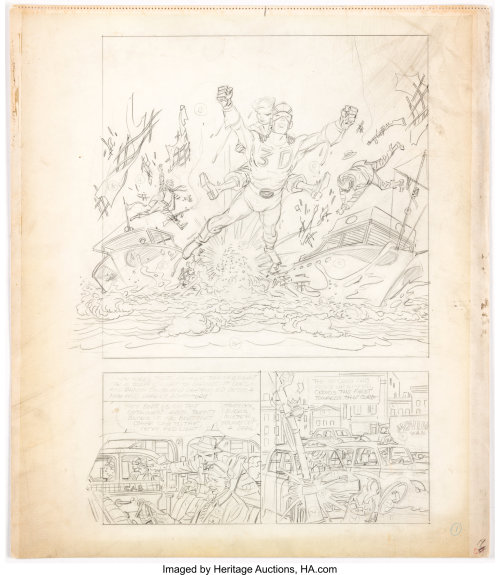 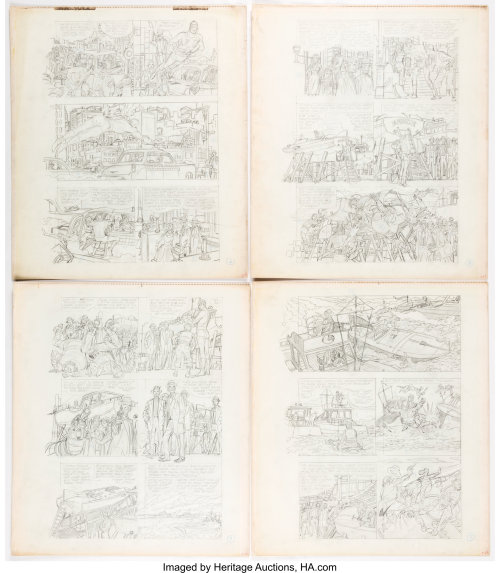 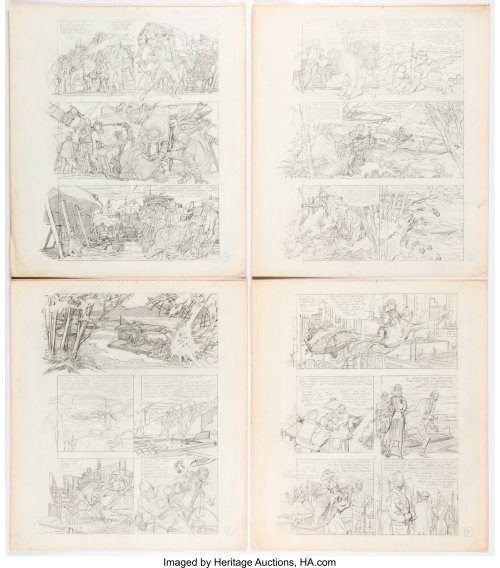 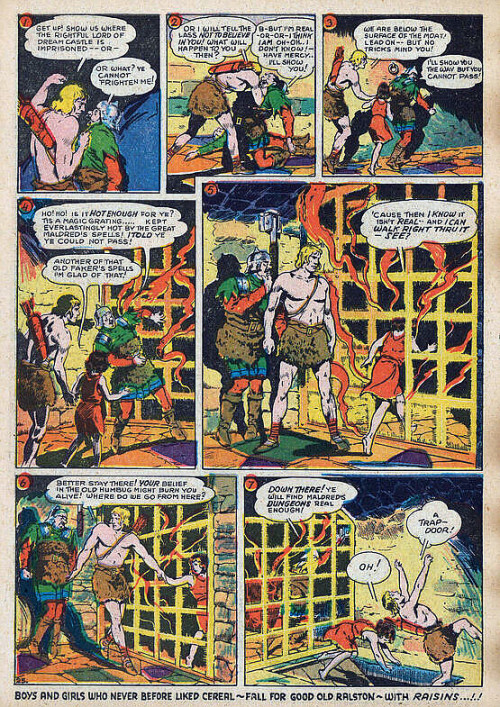 Commission for the store Collector’s Shangri-La 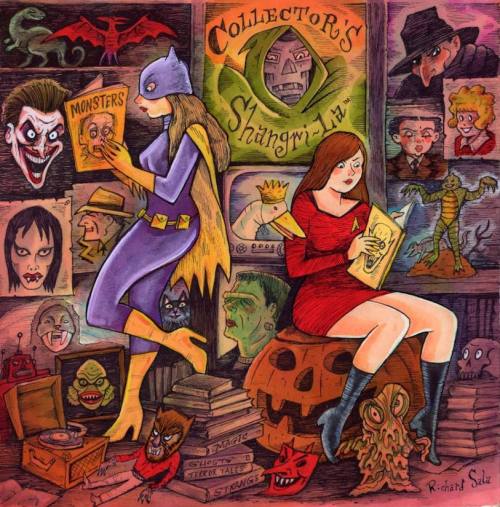