We looked inside some of the posts by science-lings and here's what we found interesting.

I WILL FIGHT YOU!!! DRINK WATER

Welcome back to our weekly rec list! We hope that you had an amazing week, and if you haven’t already, don’t forget to check out our story rec and author shout out! Thank you to all those who participated in the vote this week, we can’t wait to see you next time!

Trope: Peter Snaps Instead of Tony

The Unpredictable Factor of a Broken Soul by Sciencelings

An alternate version of the final battle in Endgame through the eyes of Peter Parker.

World Turned Upside Down by An_Odd_Idea

What if Tony disappeared on Titan instead of Peter?

In The End by GalekhXigisi

Peter snaps instead of Tony.

Trials And Tribulations Of The Universes’ Saviour by imeanthatsprettysnazzy

The thoughts kept racing through his head, them helping block out the continued, strangled begging coming from Mister Stark, along with the pain, as he stared Thanos right in the eyes.

“And I..” He spoke loudly, though he could still barely hear himself. “Don’t… Care…”

Peter brought his fingers together, and snapped.

An alternate version of Endgame where Peter snaps (but survives).

This is a continuation of The Brother She Wished That She Knew, but it can be read alone if you want :) 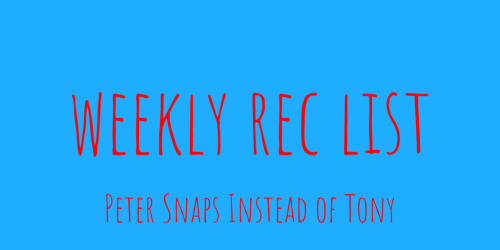 not only because i like the concept of badass oldladies and the destruction of the concept that all girl characters have to be sexually appealing to the audience bc thats fucking annoying as shit, there is literally Nothing funnier than the concept of a granny with a massive sword or death laser. she pinches ur cheek lovingly and then saws someone in half. amazing

#maybe this post is onto something..., #I guess it’s time to make a grandma oc
29K notes · See All
science-lings·9 hours agoAnswer

I assume you are a sweetheart <3

Not yet I’ve been busy

But I do read a pretty good amount of AUs

i made a quiz for what your final act as a villain would be, and it would be very cool if you wanted to take it B)

#the hero decides to join you, #HELL YEAH, #THATS SUCH A VALID TROPE, #idk how it would be my final act tho, #does the hero turn me good or does the hero joining me mean that without a good guy to fight I’m not a villain?
14K notes · See All
science-lings·a day agoText
#please, #I really need a distraction rn
25K notes · See All
science-lings·a day agoText

Y'know, whenever people want to talk about why aspec people ‘count’ as an oppressed identity, they tend to go for the big stuff like corrective rape and conversion therapy. And like, we should absolutely talk about that stuff. Obviously those things are terrible and important and we need to raise awareness and deal with them.

But I feel like people often gloss over how… quietly traumatising it is to grow up being told that there is only one way to be happy— and that everybody who doesn’t conform to that norm is secretly miserable and just doesn’t know it— and then to gradually realise that, for reasons that you cannot help, that is never going to happen for you.

You’re not going to find a prince/princess and ride off into the sunset. Or if you do, then it’s not going to look exactly the way it does in fairytales. You’re not going to get a 'normal’ relationship, because you are not 'normal’, and everybody and everything around you keeps telling you that that’s bad.

You see films where characters are presented as being financially stable, genuinely passionate about their work and surrounded by friends and family, but then spend the rest of the plot realising that the real thing they needed was a (romantic and sexual) partner, to make them 'complete’.

You absorb the idea that any relationships you have with allo people will ultimately be unfulfilling on their side, and that this will be your fault (even if you discussed things with your partner beforehand and they decided that they were a-okay with having those sorts of boundaries in a relationship) unless you deliberately force yourself into situations that you aren’t comfortable with, so as to make uo for your 'defects’.

(And the LGBT+ community is little help, because so many people in there are more than happy to tell you that you’re not oppressed at all. That you’re like this because you don’t want to have sex, and/or you don’t want to have any relationships, that your orientation is some sort of choice you made— like not eating bananas— rather than an intrinsic part of you that a lot of us have at some point tried to wish away.)

Even if you’re grey or demi, and do experience those feelings, you still have to deal with the fact that you’re not experiencing them the 'normal’ way and that that’s going to effect your relationships and your ability to find one in the first place.

If you’re aiming for lifelong singlehood (which is valid af) or looking for a qpp, then you’re going to have to spend the rest of your life either letting people make wrong assumptions about your situation (at best that your relationship is of a different nature than it actually is, at worst that the life you’ve chosen is really just a consolation prize because you 'failed’ at finding a romantic/sexual partner) or pulling out a powerpoint and several webpages every time you want to explain it.

This what being aspec looks like for most people, and it is constantly minimised as being unimportant and not worth fighting against— even in aspec spaces— because we’ve all on some level absorbed the idea that oppression is only worth fighting against if it’s big, and dramatic, and immediately obvious. That all the little incidents of suffering that we experience on a daily basis are not enough to be worth bothering about.

I mean, who gives a shit if you feel broken, inherently toxic as a partner, and like you’re going to be denied happiness because of your orientation? Shouldn’t we all just shut up and thank our lucky stars we don’t have to deal with all the stuff some of the other letters in the acronym have to put up with (leaving aside the fact that there are many aspec people who identify with more than one letter)?

So you know what? If you’re aspec and you relate to anything I’ve said above (or can think of other things relating your your aspec-ness that I haven’t mentioned) then this is me telling you now that it’s enough. Even if we got rid of all the big stuff (which we’re unlikely to do any time soon because— Shock! Horror!— the big stuff is actually connected to all the small stuff) we would still be unable to consider our fight 'over’ because what you are experiencing is not 'basically okay’ and something we should just be expected to 'put up with’.

No matter what anybody tells you, we have the right to demand more from life than this.

So I’ve drawn Ace Peter a few times, mostly during pride month, I guess it’s a tradition now. don’t look for the other ones, they aren’t good 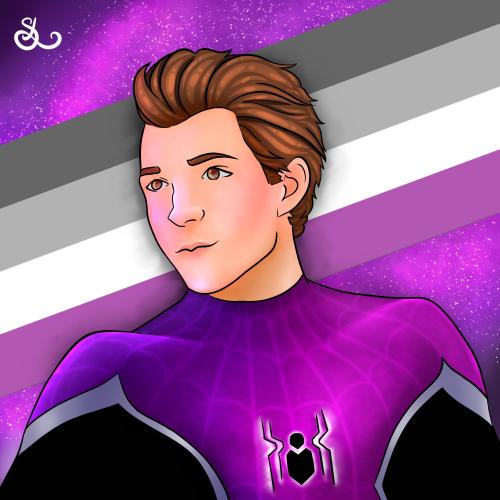 #this is exactly how I pack my pockets, #everything from random shit to actually practical shit, #also I want that collapsible staff
50K notes · See All
science-lings·2 days agoAnswer

#stay tuned my dude, #i have some ideas..., #ask gay, #i got a surprising amount of requests for it, #i didn't realize yall actually read my tags lol, #Anonymous
0 notes · See All
science-lings·2 days agoPhoto

New Quest! Imagine the prettiest, most badass sword ever and show it to us!

okay so you made me go deep in research, I even joined a sword themed subreddit for this ask, where I found this that summarized me entire existence

ANYWAY ONTO THE SWORDS (BECAUSE I COULDN’T PICK JUST ONE)

apparently it’s from Skyrim but I love the fantastical and the practical elements of it, and the vibes are very magical. I found several more but I love the specific vibes this one gives off.

this one looks very royal and ornate, I like that, and I like how the pretty design goes pretty far into the blade while still being very usable. 10/10

more simple than the other ones but I love the runes on the blade itself and the hilt is cool without being too boring or crazy. good balance and I love the dark red leather

this one is big and bulky and the woman carrying it would be very strong, it also looks like what the dwarves in lotr would make and that style is very valid.

this one also looks like it’s from a video game but the sword designers in that video game know what they’re doing you know? Looks like it would be wielded by an edgy necromancer who made it in a dark glass volcano and we stan

Anyway that’s it, I didn’t want to go searching for too long and got inspired to think up sword ideas for my ocs so yeah thanks for the quest m8

reblog and put your top 3 favourite colours in the tags

#teal, #purple, #and like that soft coral, #i know because that’s what i drift to in the paint isle and have accidentaly bought doubles of
3K notes · See All
science-lings·3 days agoText

#I've only been given shitty quests, #why can't my quests be like find a sword and show it to a child, #learn how to drive my ass
558K notes · See All
science-lings·3 days agoPhoto

Eyes are the window to the soul

if you can recognize which OC which eyes belong to I will officially be proud of you. Seperate pictures under the cut.

35. Would you rather live without TV or music?

TV for sure. I can’t live without music and I rarely watch TV. Although idk what counts as TV, like only tv shows or do movies count? streaming? idk, I like movies but I mostly fill my ears with youtube and music. I mostly use my TV to play video games.

#sorry this took a while to respond, #i had no internet yesterday, #im still taking these asks!, #ask gay, #ask game, #Anonymous
0 notes · See All
science-lings·4 days agoText

Happy ace awareness week! Again I’m going to be drawing characters that I headcanon as ace but this time I’m also taking requests! Send me some ace characters to draw and I might draw them!

#if you’ve seen me post about the fandom I’ll draw it and even if I don’t post about it I might draw it anyway, #just send me ace characters to draw!
1 notes · See All
science-lings·4 days agoText

So the Avengers would really be his “This is why I became a really angry hermit” origin story, but he’d feel like a villain anyway, and they would definitely find a reason to hunt him down like one

#this is why I’m so into the villain Tony AU, #maybe I’ll write it someday, #maybe if someone asked for it...
87 notes · See All
Next Page