We looked inside some of the posts by slayerled and here's what we found interesting.

We bout to get lit.

I’m b out to get real flirty. 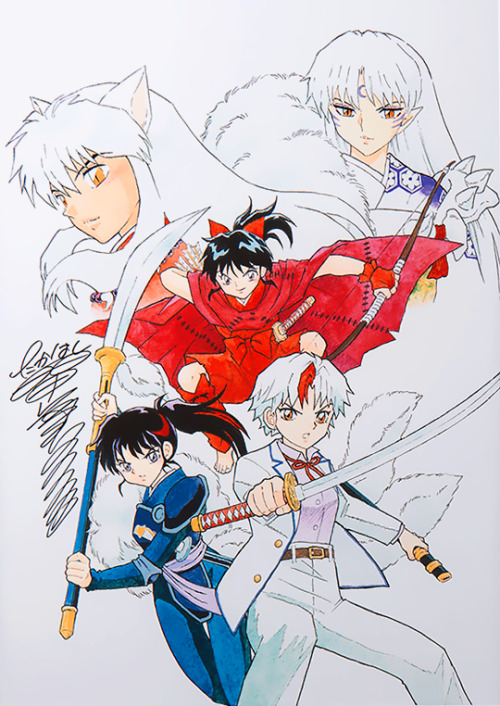 I’m here to express that while it is common knowledge that I do not like dupes, I am at least chill enough, or try to be, to keep that sort of negativity and anxiety away in a healthy manner. WITH THAT BEING SAID:

Azu’s Sango, @dokusedai​, is my baby mama and I love them to bits and pieces and with that said, I’m lifting my anti-dupe rule for them bc I can.

SO, expect double the Sango love and content in the future. <3

#i know i can be a stickler and a bitch, #i know i can come off as intimidating and tbh im sure hypocritical, #but dont be fucking rude about it, #let's be better, #if it doesnt make you comfy or happy just be courteous and polite ok, #🍂 ʙᴇʏᴏɴᴅ ᴛʜᴇ ᴍɪᴀꜱᴍᴀ . OOC
6 notes · See All
slayerled·8 hours agoText

Sango’s hobby in her down time

ASIDE from training, she enjoys flowers. Flower arrangement was something she’d only heard of from city girls in her travels and within royal castles, but always found it interesting. So should she come across a bed of flowers, Sango would take a moment on her own time to pick and play at different arrangements.

When done, she passes them off to any child that comes along the way, hoping to brighten their day.

he was UNSURE of what had possessed him to continue with the kiss passed what was NECESSARY to give – - nor did he truly understand the feelings that seemed to circulate through his body. yet, with each passing second, as her lips parted for him, the slight sounds escaping from her mouth and into his own as their tongues CLASHED in a battle, he could not deny the excitement coursing through him. his heart POUNDED within his chest, his body pressing tight against her own as their bodies seemed to blend into the SHADOWS. his hand upon her thigh tightened in response to the passion that echoed from their heated exchange.

his other hand, uncurling from within her hair, began to travel along the side of her face before trailing down the fabric over her shoulder. each move, THOUGH unplanned, sent a strange sensation tingling through him,     𝐀𝐋𝐌𝐎𝐒𝐓 𝐀𝐒 𝐈𝐅 𝐇𝐄 𝐖𝐄𝐑𝐄 𝐒𝐓𝐑𝐔𝐂𝐊 by an electric current that sparked the FIRE from within. seconds turned into minuets, and with each passing moment, his mind became LOST upon him as the desire to touch her took over. every part of this moment in time with her, mad him NEARLY forget who he was and why he had insisted that neither should step down this path to begin with.

yet like all things within his life, REALITY soon set in upon him as she pulled back from their kiss, her head burying into his neck as she seemed to cling to him closely. his eyes remained shut, as his hand left her shoulder to press into the BUILDING behind her, his fingers clenching as he STRUGGLED to control his emotions. slowly, he lowered her to the ground with his other hand, before releasing her all together. his head bowed slightly, as he stepped out of her embrace. his jaw tightened as a FLASH of regret passed through his now dark gaze. ANGER coiled through him, as self hatred began to once more seep its way back into his mind.

❝   gomen. ❞   he stated at last, his even tone surprising him slightly, DESPITE his struggles to maintain a clear mind. his thumb reaching up to WIPE at his swollen lips.   ❝  but considering the fact that our ACT worked, i think its time we headed back out. ❞

How could he-?! She wanted to slap him, she wanted him to see her hurt. Unfortunately… as she rose to stand, brushing off any remnants of him be it seen or energy-based, there were more pressing matters.

With back turned to Hikaru, she speaks, slight annoyance could be detected in her tone.

“ Who would be following us and more importantly, why? ”

Arms folded infront of her chest, mind trailing to any strangeness that had occurred recently. Had it something to do with Hikaru…? He was rather mysterious and seemed to possess more knowledge and secrets than Slayer had known.

‘ No, don’t blame him simply because he kissed you after telling you he couldn’t- there must be something rational. ‘

She’d thought to herself, trying to shake off the overlying feelings of rejection.

“ Should we stay in the city or move on to try and draw them out? ”

totosai more like totobye; u better pop lock and drop that attitude.

he was unsure of who had decided to follow them, nor their reasoning as to why, but given the crowds within the markets, MOST of whom where families trying to go about their day, he did not want to    𝗥𝗜𝗦𝗞 𝗔 𝗙𝗜𝗚𝗛𝗧   where innocent lives could be at stake. and so, he had decided on another course of action, one that he KNEW he might come to regret later, given that he had already told her once before that nothing could happen between them. yet as he held her against the building, his body pressing close to her smaller frame, he could not help but given into his desires for her slightly, as he pressed his lips against her own.

𝐇𝐄 𝐊𝐍𝐄𝐖 𝐇𝐄 𝐖𝐀𝐒 𝐈𝐍 𝐓𝐑𝐎𝐔𝐁𝐋𝐄     the moment he could feel the way she curved her body against his own, the front of her rolled into him, leaving little to the imagination. his body, seemed to heat, as she ARCHED herself into the kiss, causing his mind to forget about WHY he had taken this course of action and instead focus solely upon her. hikaru could feel her hands going around the back of his neck, grabbing at the hem of his kimono, as if to pull him closer and in response, his body despite the fact that this was ONLY supposed to be an ACT, moved closer to her. lost within the moment, he PUSHED her further into the wall between the two shops of the market, his hands reaching down around the curve of her thighs before grabbing them firmly within his grasp. swiftly he LIFTED her off the ground his body pressing between her own as he spread her legs around his waist.

upon DEEPENING the kiss, as he moved against her, one hand released itself of its grasp in favor of traveling up her leg, over the fabric of her attire as his hand trailed SLOWLY and SOFTLY. lifting only as he reached passed her hip, did he allow it to travel into her hair, pulling it lightly back so their lips could part. his BREATH was heavy as his eyes opened, a RED GLOW shined within his once dark hues, a struggle forming within his mind as he tried to UNDERSTAND the emotion that was coursing through his veins. for a moment, he stared at her, his swollen lips parted slightly  as he tried to FIGHT the feeling of the desire he felt for her before he gave in. with a sigh, he leaned back down, his lips once more crashing into her own.

This wasn’t fair. He wasn’t allowed to refuse her and then pull her back in like this. It was shameful, it was torture, but even when dragon had a moment to consider everything, pulling back, as she stared back into his eyes with slight confusion, he decided against his own words and kissed her once more.

Sango let out a short noise of surprise as his mouth crashed upon hers, her heart pounding as all focus was again lost to Hikaru. Within seconds, her mouth opened for him to explore, slight moans of pleasure could be heard; Sango did her best to stifle her cries as they were still very much in public…

Lips swelled, surely with some bruising. In a way this was a form of them fighting and communicating so it seemed… raw emotions spilling forth in kisses and translating what their words could not.

She pulls back though…. burying her face in the crook of dragon’s neck and she breathes deep, trying to control her thoughts and feelings. This…had to stop, if he couldn’t hold back then she would have to…

He said so himself, didn’t he…?

please  control  your  son  &  his  imagination.

If not best friends, what would you l i k e to be cccc:

#he is a good boi, #why dont you like my good boi setsuna, #🍂 ᴅᴀᴍᴀɢᴇᴅ ᴀʀᴍᴏʀ . CRACK
4 notes · See All
slayerled·a day agoText

#i have a deep rooted love for this, #god bless, #tbt
21 notes · See All
slayerled·a day agoText

I don’t know why I feel the need to express this but I fucking love Sango with all my heart and soul. She keeps me strong and I will never let that die.

🎃 Trick or Treat for @senpujin 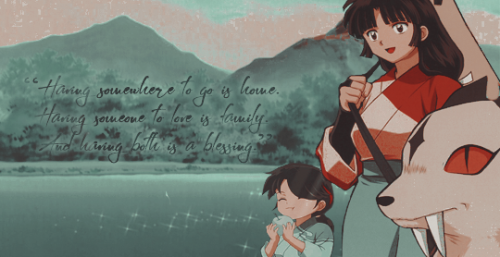 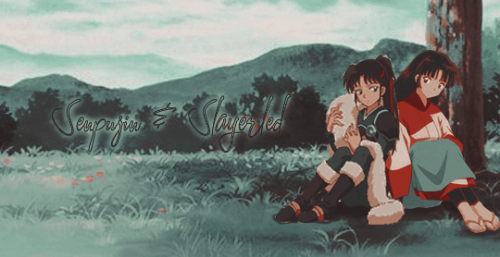 “ Ne… Moroha-chan, do you like Hiraikotsu because it’s made of bone? ” Obviously not expecting an answer from the babbling toddler. Sango paused to wonder. The child was half of InuYasha...so it wasn’t so much of a shock she preferred the bone boomerang just as dogs would.

Slayer leans over to pick up the child, cradling her. Perhaps she’d go find the child something similar to gnaw at…

@dianran​ never asked for this but here you go.

“ I see where you get your spirit from. ”

When I was little, I had a younger twin sister, and we lived in the forest for the longest time… We were always together, and we got along so well. 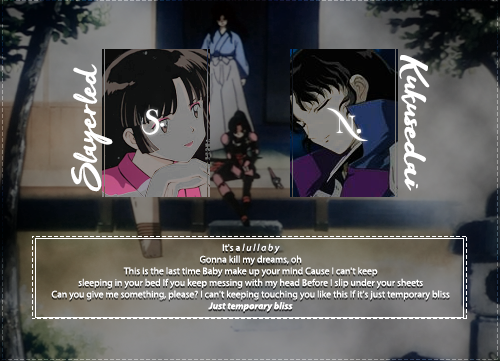