Dreaming is my way of procrastinating

We looked inside some of the posts by sleepingobsidian and here's what we found interesting.

His mother and Nie Mingjues father were cousins. She was a certified badass who was respected by the entire Nie sect.

So I’m wondering if there has been a fic written for ST: AOS with a cadet at Starfleet Academy, who thinks Kirk is to arrogant, publishing James T. Kirks unencrypted file with everything. Tarsus IV and all. Bc I’m clearly a sucker for all the hurt and pain that brings

Okay, does anybody know a beta for the star trek fandom?

Genma stares in horryfied fascination at the mess that was once his apartment. Maybe the starting point for teaching Naruto seals shouldn’t have been exploding tags

Summary:
Sarutobi Hiruzen needs a lot of things. Danzo to stop being an asshole. An successor to inherit the hat. To spend more time with his family. A shit ton of alcohol. And a much needed vacation.

Getting a vaction and spending some time with his family is easy, he just has to leave someone else in charge for a while.
Good that his village has Shikaku and Kakashi. They will be able to handle the village. The paperwork on the other hand might be a problem.

The most bought items in germany during the Covid-19

Desinfection solution (mostly bc we don’t have any)

Soap (that’s just bc we have no desinfection solution anymore)

Things heating up in the pasta fandom Italian community.

And that is why it is an abomination.

Disgusting. Vile. I would die before eating that filth.

wait
that picture up there then ACTUALLY is of a smooth tube and not just. a bad picture?

The grooves make more sauce adhere to it

Someone explain please! I want to knowwww

Listen, if I’m gonna die, my last meal is NOT gonna be fucking penne lisce.

I thought you guys were kidding. We don’t sell that kind of noodle and we sell some with lemon and dill

So basically you have to hit them home or smth like that?

Like Climate Change is going to influence your future coffee drinking habits, chocolate and basically everything that grows in allready warm regions. 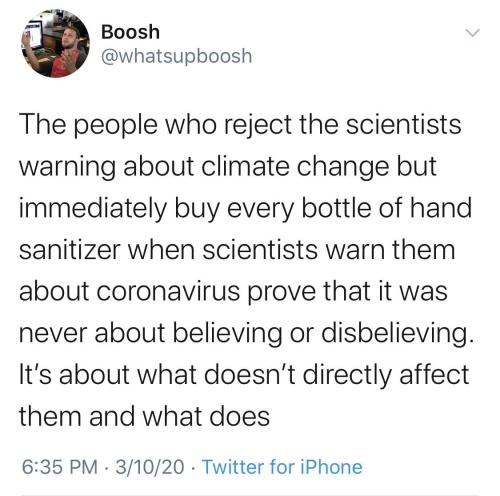 If you’re ever like “but what do fic writers even WANT.”

They want a book report.

They want you to get 9th grade English up in their shit.

Remember having to write ad nauseam about the symbolism of that stupid conch in Lord of the Flies? They want you to do that about Steve Roger’s shield and Emma Swan’s jacket.

There are people in the comments going “People can recover?!?!” it’s so shocking how uninformed some people are.

Yeah absolutely the current death rate is 2% out of all the people who are diagnosed with the virus. That means the other 98% of the people who get infected recover and are just fine. (So this image isn’t an acurate statistic but whatever) It’s mostly dangerous for elderly people, people who work in healthcare and people with pre-existing health issues.

So no need to panic, just wash your hands and cover your mouth when your sneeze or cough.

Also like can people stop saying ‘only dangerous for elderly people or people with pre-existing conditions’, because newsflash that is a shit ton of millions and millions of people, including a lot of people you love, no doubt.

Not to mention a lot of people reading these and similar posts ARE immuno-compromised or chronically ill (because millions of people who are not elderly fall under that!), and they’re seeing ‘oh it’s only if you have pre-existing conditions, so no need to panic’, which sounds a lot like throwing them under the bus.

An excellent addendum, thank you

There are people in the comments going “People can recover?!?!” it’s so shocking how uninformed some people are.

Yeah absolutely the current death rate is 2% out of all the people who are diagnosed with the virus. That means the other 98% of the people who get infected recover and are just fine. (So this image isn’t an acurate statistic but whatever) It’s mostly dangerous for elderly people, people who work in healthcare and people with pre-existing health issues.

So no need to panic, just wash your hands and cover your mouth when your sneeze or cough.

63K notes · See All
sleepingobsidian·a month agoAnswer
Anything for gardens/gardening? Finally have a little herb garden and I'm so proud of it! Have a nice day! ❤

Congrats on your little herb garden!!!

They’re just so charming! I’ve been meaning to get started on one myself…

This might be more for me, but hey! There may be some tips you’d find helpful, too!

Lovely aromatic gifts for your friends and family!

Air drying herbs is an easy peasy way to preserve and store with little loss of flavor and quality.

This is probably the cutest

This is the perfect pet for people who want to keep a small container of water with something pretty in it. Even though it’s a plant and not a fish, it’s way cuter than a sad, cramped betta- and less maintenance, too. A marimo is perfect for that pretty aesthetic or your college dorm room. Want a mason jar aquarium? A marimo will be perfectly happy in there. Want a fishbowl with pretty rocks? Get a marimo, or even a few of them! I can’t overstate how wonderful and cute marimo are.

I just…ADORE shit like this. Oh my god it’s so cute if I don’t own one I might die. 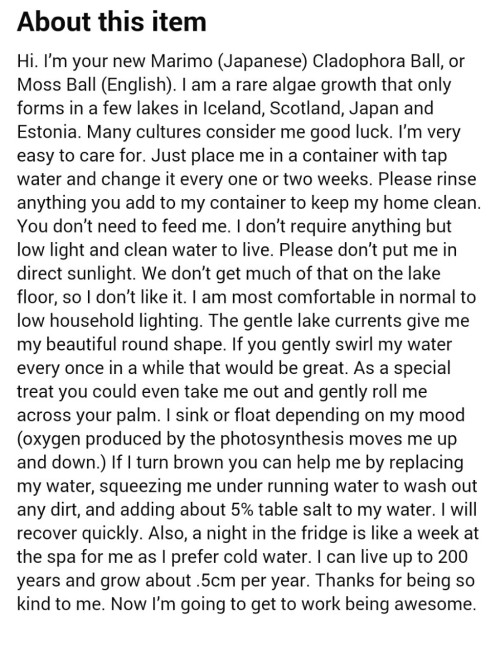 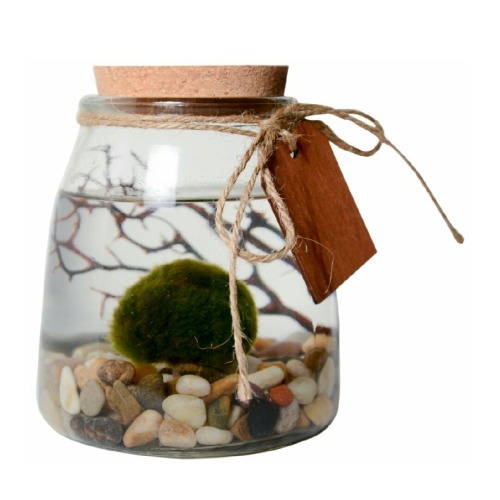 Don’t forget to say so in your AO3 profile, too! That way people who read your fics but aren’t on tumblr know that too :) 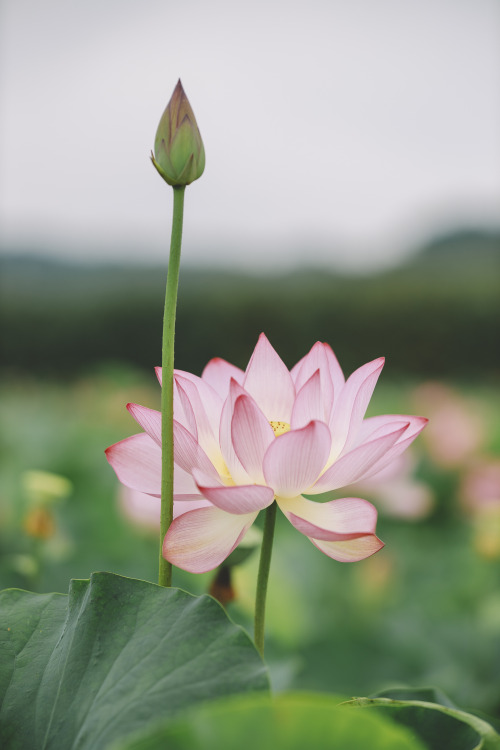 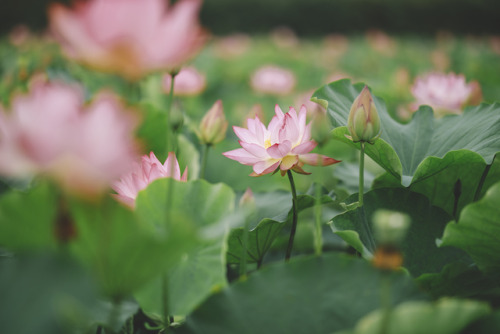 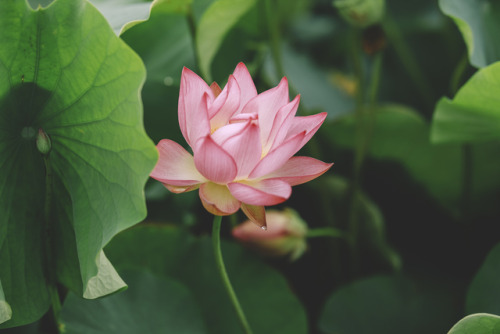 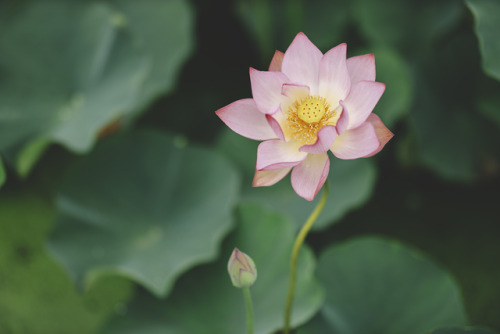 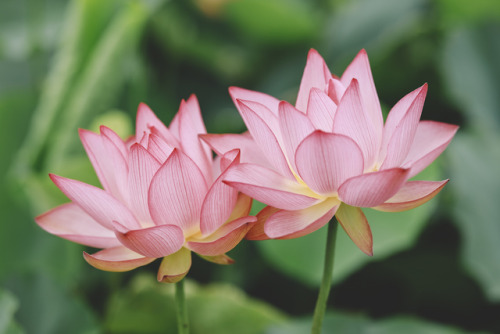 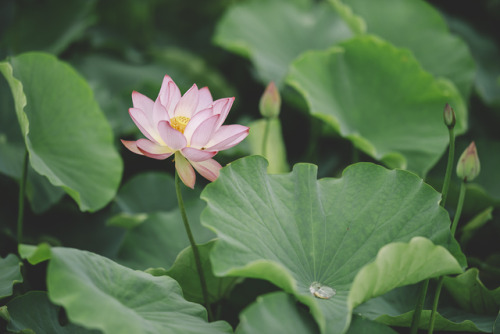 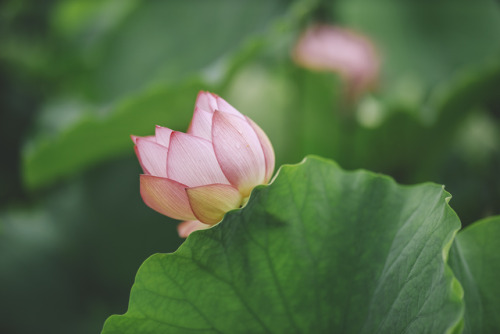 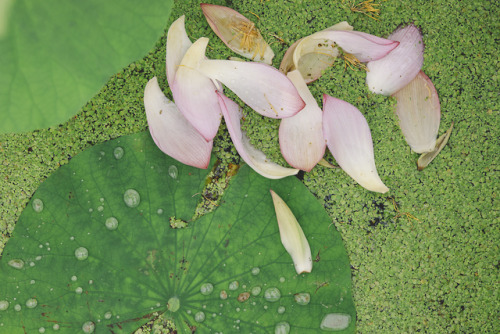 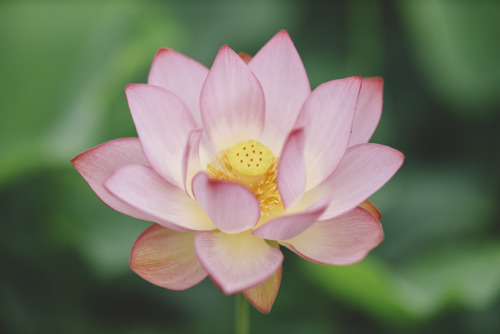 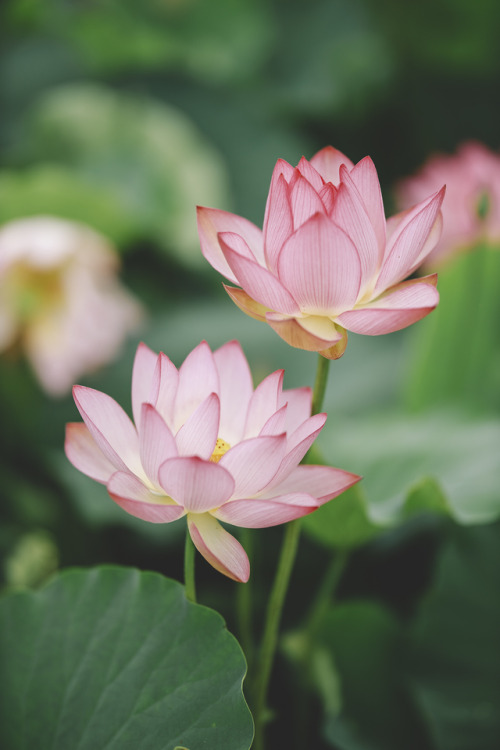 Let’s face it, if the world ends, so many of us will flee somewhere else for safety that we’ll end right back up in communities again. There’s going to be more to it than growing your own food and knitting handspun socks.

I’m linking to resources, but a many of these skills, being interpersonal, are best taught in live trainings by professional instructors, where you can see and feel all the interpersonal dynamics going on in the room, and by experience, trying them out on real people in an educational setting.

When the world ends, it will be helpful to be able to::

Even small local pieces of activism today, like organizing a protest march or lobbying your municipal government to make public spaces more accessible, have a double reward: There’s the work you’re doing, and the skills you learn when you do it.

So Im taking this textile history course and learned about something called the String revolution: the invention of how to make strings (yarn) was essential in so many things. Its how we got bows (improved hunting), tents and clothes (easier to survive) and sails (long distance travel!). So: if you want to be able to say you have a postapocalyptic skill, just learn to spin and / or weave.

The nuclear family is probably the greatest enabler of child abuse, ever.

Putting two people in complete control of another person (who is particularly vulnerable and has few legal rights) and then having no oversight for the whole arrangement is the absolute worst idea.

I wouldn’t even know where to start with this. omg.

OP, what would you propose as an alternative to families?

more legal and counselling services made available to children

I don’t get people that are like “lol, what? that’s so weird, lets laugh at the very notion that traditional families are abusive”.

communal child raising is the traditional family. 70-100 years ago 4 generations lived together in the same house, having 4 grandparents, 6 aunts and 15 cousins around every day was normal.

Things that should be mentioned:

- These communities are not necessarily connected by an biological ties. In a lot of these multigenerational ‘families’, including people in the family who are not relatives or married into the family is totally normal. This has always created a lot more space to support people without families, support people who do now want to partner up and to create communities in which couples who can not have children (like some queer couples but not all & other couples too) can be a part of child raising.

- Having a lot more young people around often means young people learn from each other. In many cultures young people form a non-hierarchial group that learns together and can do a great deal without adult supervision.

Now, which system would push such a training school strongly so it could get docile obedient citizens? Which system whould push the nuclear family.

And then there’s the fact that the 2 parent, nuclear family can be most easily pushed into the pattern where one adult works an extremely exhausting job many hours a day that leaves that adult hardly capable of doing anything else, while the other adult takes on all the other things that adult would otherwise have done: care for children, clean the living space, prepare food, prepare clean clothing, etc. for free. What we know as traditional gender roles.

This way capitalism gets one intensely loyal worker who feels ‘responsible’ for ‘supporting a family’ while all the work to keep that worker going is done for free by an unpaid worker in the home.

And, you know, communities need a lot less stuff. A community of 50 can do just fine with one or two hammers. 25 nuclear families need 25 hammers. The nuclear family demands a huge amount of commodity purchasing.

Damn. What a breakdown…

Communal living is fantastic for the disabled and elderly folks, as well.

op has given me the best gift possible

ive been making them for four days

Bead animals were my JAM in the 90’s!! And you don’t have to limit your creativity to lizards, either! With a few adjustments, you can make anything!

AND with a little practice, you can even make them 3D shaped (especially with the smaller beads and wire, though you can make them with the bigger beads and string, to an extent)

The best gift for vacation. Tag your friends/ family. 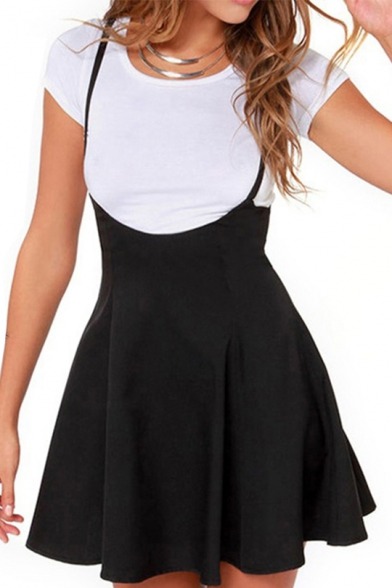 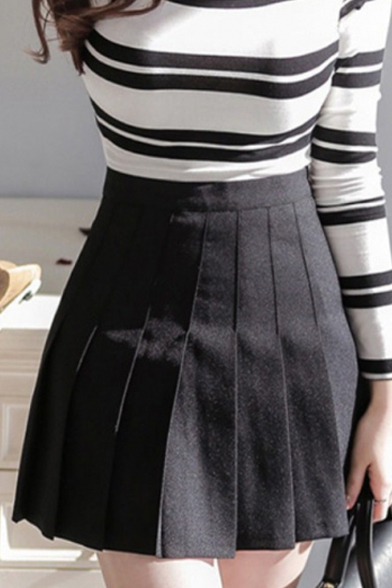 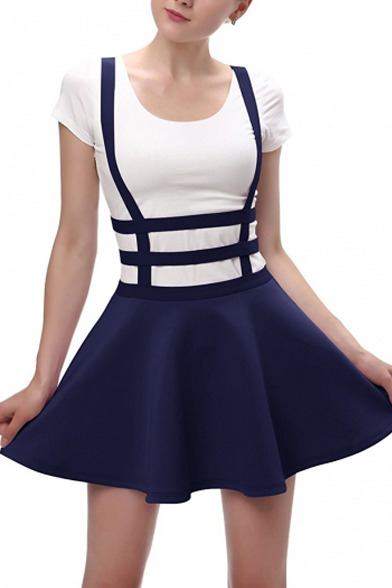 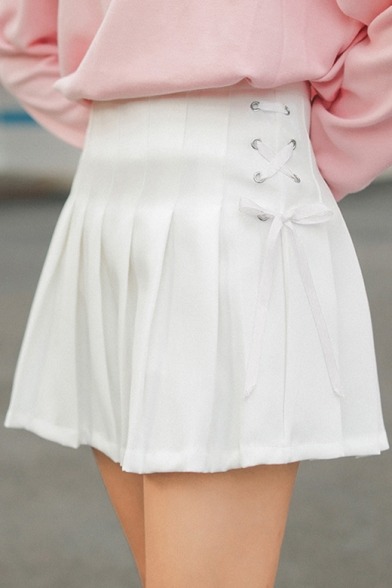 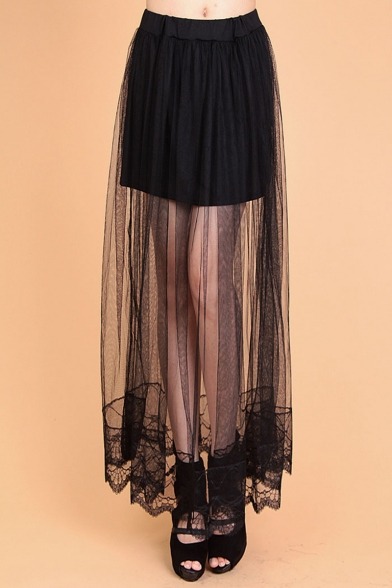 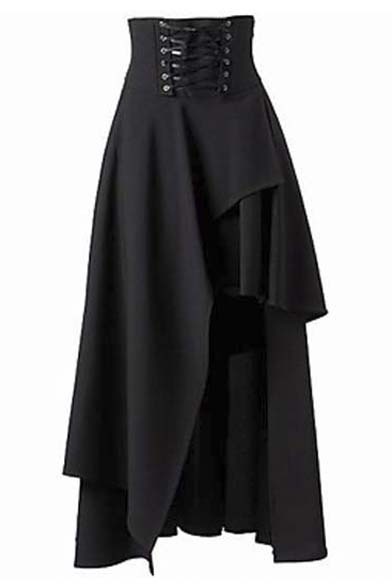 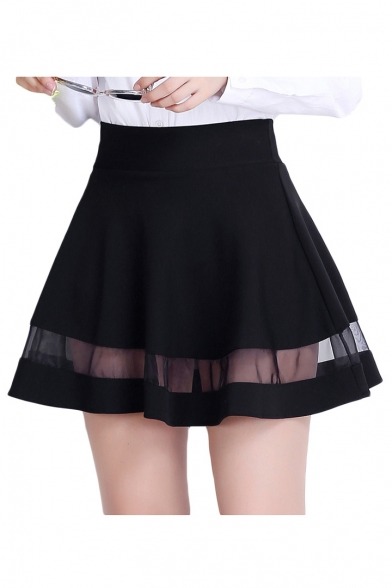 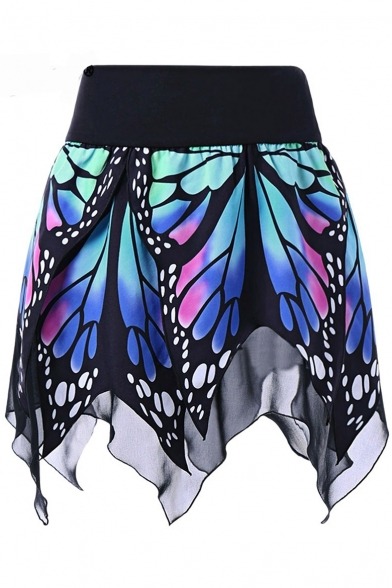 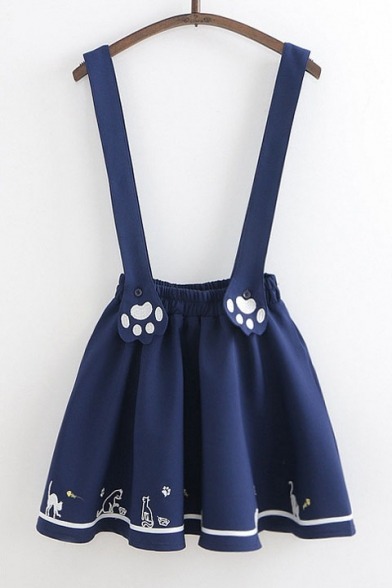 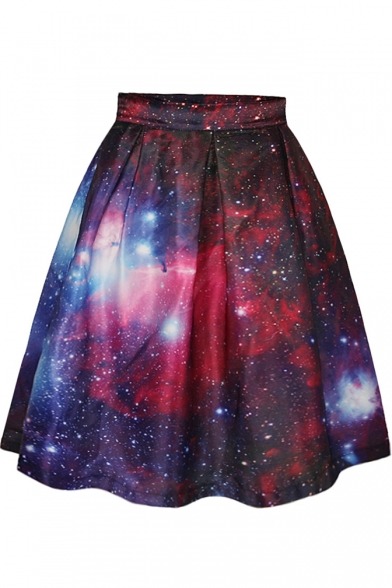 Look what arrived the other day! (…this is just the first batch)

MDZS merch:
I got Jiang Sect and Wei WuXian’s wax seals, because I’ll definitely have a use for them…yeah.. The gold WangXian bookmarks are so pretty! The notebooks looked really good with the rolled up pouches so I had to take a pic like that. Washi tape heaven! Jiang Cheng’s roll is much larger than expected.

TKA merch:
I blame @mayonaka-stalker​ for all those keychains I don’t need (for almost everything in this post, really). The Wang JieXi Clow card is good quality (getting Vaccaria in the next batch) and, oh look, more washi tape! 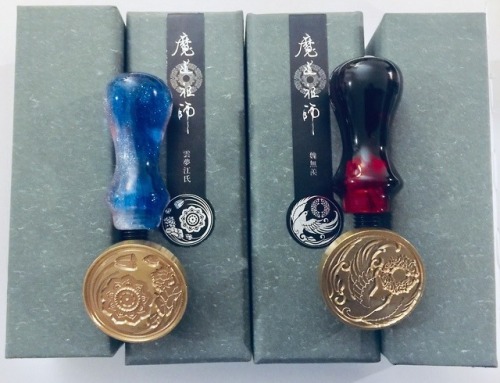 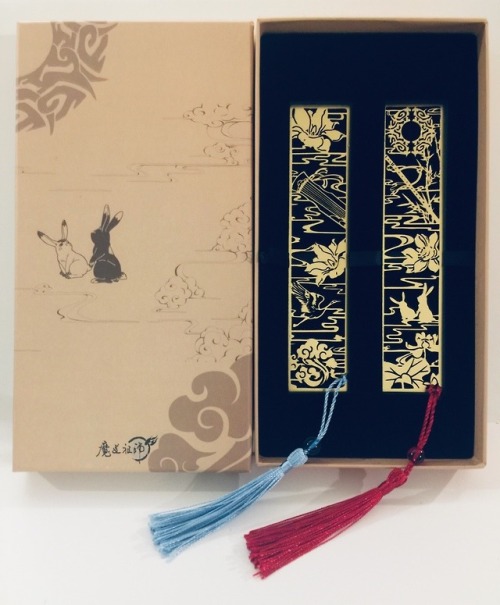 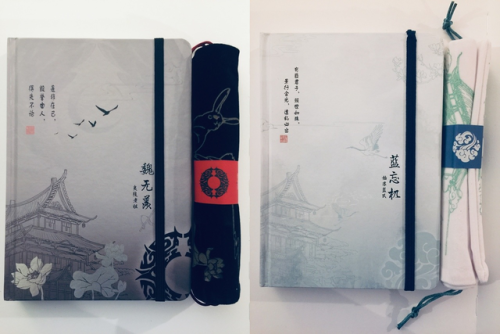 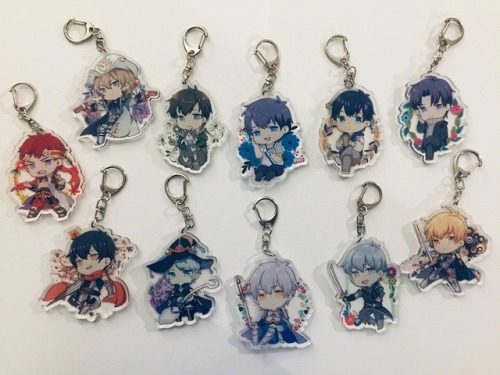 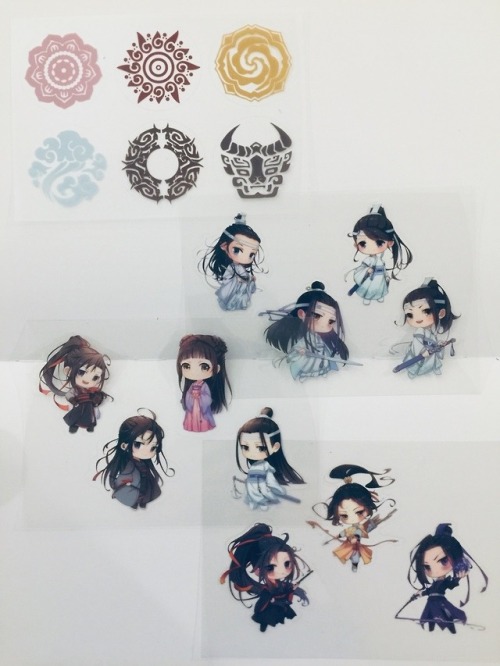 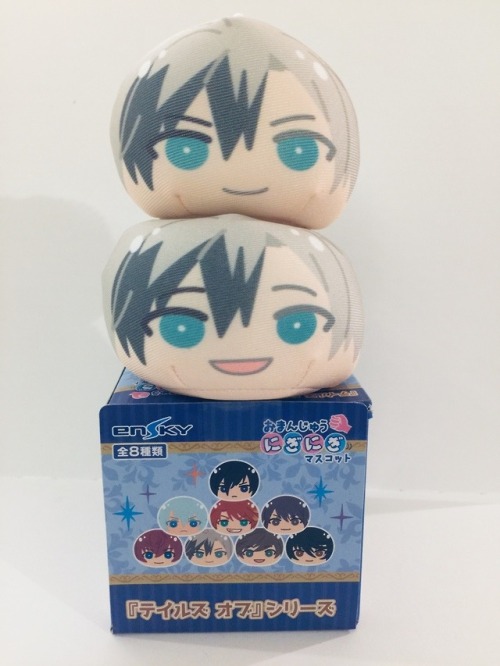 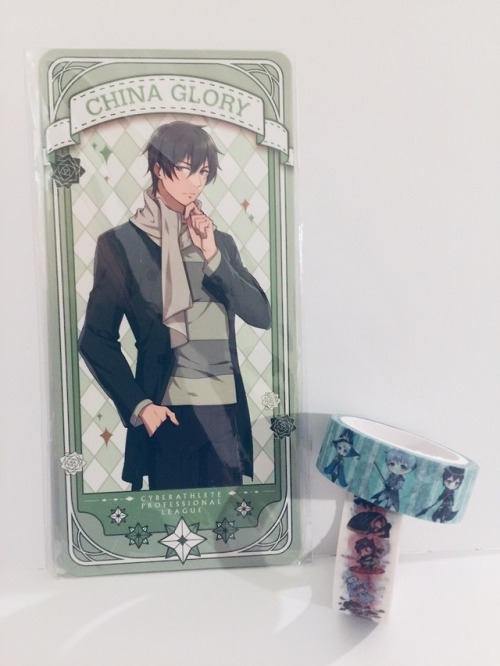