Erik Killmonger deserved better and we all want to be the one to give him that werq. This is a 100% thirst blog. NSFW 18+ I write for Diaspora!Readers. If you like my writing PLEASE REBLOG IT. Shout out to the big girls.

We looked inside some of the posts by sonofnjobu and here's what we found interesting.

You are going through trauma. I encourage you to seek therapy if you can. Here are some resources to help you find a therapist who understands you. Please share.

If you know of more resources, please link them down below.

Black women and girls can apply for financial assistance for mental health services from the Loveland Foundation (currently accepting applications for summer/fall 2020):

You are going through trauma. I encourage you to seek therapy if you can. Here are some resources to help you find a therapist who understands you. Please share.

If you know of more resources, please link them down below.

Welcome to Social Distancing Sessions: brought to you by one sentence prompts and my refusal to do actual work from home.

This one comes from the mind of the BP Librarian herself, @chaneajoyyy​.

Reader is Black. If you enjoy my writing, please comment and reblog.

“I don’t trust the government,” you mused as you scrolled on your phone. Your timeline was littered with hastily written articles on the novel coronavirus. Your eyebrows knit together in irritation when you came across a White House press conference where they assured the American people that they “had it all under control” while dodging every legitimate question from the reporters present.

Your gut had told you that this was going to be a bigger deal than officials let on. Even your limited medical knowledge was enough of a warning that this untamed virus would spread fast with the American healthcare system woefully unprepared to handle it. And if there was one thing you could always count on, it was that American people were too fucking stubborn and frankly stupid to take any legitimate steps to stop the spread.

You were in an incredibly lucky position that you could work from home before it was mandated. You had elected to do just that. You’d marched to the grocery store a week early and calmly stocked up on groceries; things you could freeze or had a long shelf life, along with your usual items. Your boyfriend Erik had tagged along, an amused smirk on his face the entire time.

“Look at my little survivalist! Going for the sardines,” he’d jested.

“You make fun of me for liking these, but now is my moment!” you’d declared. You felt no guilt while cleaning out the shelf full of salty, canned fish. No one buys them anyways. At least you weren’t losing your mind over toilet paper. One pack would do unless something with the sardines went horribly wrong.

Erik had insisted that you buy some “normal” snacks that wouldn’t stink up the house, and you’d agreed. Sometimes you just need some Oreos or cheesy puffs.

It had been eight days since that final grocery trip and things were going well in your apartment. Erik and you got along famously and had thus far avoided cabin fever. Between work meetings on Skype, daily walks, dance offs, Netflix, and fantastic sex, you were set. The two of you were coming down from the height of ecstasy when your current conversation over mistrust of the government began.

“Is it sick that seeing Trumplestiltskin’s orange face makes me want Cheetos?” you turned to ask Erik. He cringed at the name.

“I would’ve never enlisted if I knew that blimp of a man would have been elected,” he groaned.

You slid your naked body out from the sex soaked sheets and padded to the kitchen on the hunt for snacks. You grabbed your salty indulgence of choice and opened the bag to find it empty.

“What the hell?” you murmured. You tried to remember if you had already eaten them already, searching through your memory of the last few days, but came up with nothing. Other than initially opening them, you definitely had not eaten the rest of the Cheetos.

In a quarantine situation, that left no other culprit than Erik.

You stormed back in to the bedroom, gripping the emptied bag in your hand. You didn’t fuck around about your snacks. This nigga had the audacity to eat them and put the empty bag back on the counter. You were going to let him have it.

Erik giggled at his phone screen, not noticing the anger on your face.

“Babe, did you see that people are saying they’re making everyone stay inside so they can replace the batteries in pigeons? And that the 5G networks are what’s actually making people sick?”

“What the fuck, Erik?” you announced.

“I know!” he guffawed, not looking up. “These conspiracy theories are sending me.”

“You ate my snacks?” you accused him, finally getting Erik’s attention. “That’s not cool. We both bought our own stuff.”

Erik looked up at you in confusion. You’d given him no warning that you were ready to fight.

“Nah. You did. I bet you’re hiding shit too!” You stomped back in to the kitchen, determined to find proof. Erik followed you, unsure of what you were on about.

You began to open the cupboards one by one, slamming them closed when you didn’t come across any hidden Takis or Chessman cookies.

“Mind telling me what this is about?” Erik inquired, leaning against the bedroom doorframe.

“This!” you rounded on him, shoving the empty Cheetos bag in his hands. “I can’t believe this!”

Erik inspected the bag carefully as you ranted about trust and rationing. His eyebrows lifted as he found the problem.

“WHAT?” you yelled, just reaching the precipice of your rant.

Erik turned the bag upside down and pointed at a small hole at the bottom. You looked at it closely. It wasn’t a rip or a tear. It had been chewed through.

You shrieked and pulled back.

Your cat had been spending a lot of time in the kitchen, staring at the stove, but you figured it was one of those weird things cats just do. You’d never seen or heard any evidence of mice. You kept your apartment clean. You definitely didn’t want exterminators coming in when you were trying to socially distance yourself. This timing couldn’t be any worse.

You looked to your cat, now camped at the foot of the bed.

“You knew about this and didn’t say anything?!”

Erik braced the edges of the stove and pulled. The unit detached from the wall easily and Erik bent down. He illuminated the wall with his phone and hummed to himself.

“Mice really are some smart motherfuckers. Looks like they haven’t been here long, but they sure like Cheetos.”

Erik stood and turned to you.

“I can have my buddy here to handle this in an hour. In the meantime, let’s check the rest of our provisions.”

You nodded, itching to pick up your cleaning products.

“Isn’t there something you’d like to say to me?” Erik probed as the two of your sorted through your bounty. You looked at him quizzically.

“Something that begins with ‘I’m sorry, Erik…’?” he said languidly.

“I’m sorry, Erik. I shouldn’t have yelled at you. You didn’t eat my Cheetos,” you apologized lowly, guilt in your voice. You pushed out your lower lip, silently trying to convince him that you couldn’t be held accountable for your actions when it came to food.

He chuckled, gold fanged teeth flashing. He reached forward to hug you, having already received a confirmation text from his exterminator friend.

“I can’t say the Teddy Grahams are safe though,” he joked, eliciting a small slap on the pectoral from you.

“If someone’s going to be in this house, I need to put on clothes!” you yelped. “And a mask!”

Yoooo I thought someone ate my hot cheetos during this pandemic and I almost went off. Turns out it was me. I’m someone. Sooo I relate to this 💯 percent.

Black people, how are we feeling today? Are we taking care of ourselves?

#the internet is a hard place to be right now., #sonny speaks
30 notes · See All
sonofnjobu·7 days agoText

Got Damn she thicc 😭😩

Ok but she is fine as hell lol

At this point, how this year is going…

he wants to introduce you to his winter soldier

My kind of guy lol 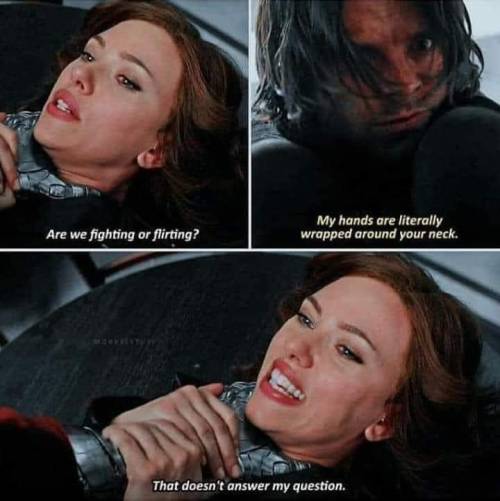 I remember the first time a guy told me I “must have fat pussy” I was so confused.

I’d never heard that phrase before and was like, “Well I’m fat and I do have a pussy, so yeah I guess?”

#lol younger sonny didn't know a damn thing, #but 100% confirmed we got that gushy, #yeah I know it's early for this, #sonny speaks
9 notes · See All
sonofnjobu·16 days agoText

No drama, keeping it cute 😘

Also, brows are from a black owned beauty brand: @ 41Forti

You know whose big dick energy we’re forgetting about?

This man put so much detailed smut in to his music. All the other singers of the era just said they wanted to fuck, but this man really laid out a laundry list of everything he’d do to you in like every song.

It wasn’t a suggestion. It was a promise.

Summary: After the death of his mother, M’Baku finds himself in need of someone to talk to who doesn’t know who he is. Slated to ascend the Jabari throne, that sort of person would be hard for him to come by. He soon hears of a place where people can go to be seen but still unknown. The base of the mountain. The Garden.

A/N: Reader is Black. If you enjoy my writing, please comment and reblog.

M’Baku stared down the length of the wooden conference table. Elders sat in each chair, discussing his upcoming coronation and the burial of his mother for the last four hours. He felt numb, and the edges of his vision blurred as he focused in on a knot in the wood. Everything melted away except that dark spot, and soon, even it began to distort. He hadn’t heard his name being called until a light touch brought him back to the present.

He looked down to see a worn hand with paper thin, wrinkled skin resting lightly atop his own. His grandmother smiled kindly at him, the lines around her earthy brown eyes deepening when she did so.

“I think we have had enough for today, don’t you?” she said softly just to him. Her voice sounded like tinkling bells. Upon hearing it, M’Baku instinctively released tension in his shoulders he hadn’t known he’d been holding.

My work is late with my direct deposit… in a pandemic…

My work is late with my direct deposit… in a pandemic…

#first passive aggressive email sent, #I'm trying to be a responsible adult so they should too, #sonny speaks, #I hate it here
11 notes · See All
sonofnjobu·20 days agoText

How Zuri made lunch for T’Challa vs Erik