Patton: They’re fun to have around on a bad day-

Remus: You have to pop them before you can feel even an ounce of joy!

I am lowkey hoping for an astronomy-themed episode

I want to see Logan’s face light up with excitement every time someone asks anything related to astronomy.

Imagine him smiling nonstop when one of them asks about the brightest star that can be seen from Earth. Imagine him trying to stifle a giggle every now and then when he tries to differentiate various non-Earthly bodies to the others. Imagine him bouncing up and down while he talks about the expansion of the universe.

I just want him to be happy, gODDAMNIT-

This was a really old practice edit of mine. Looking back on it now, I hate it. But I don’t really know what else to do with it so here we go.

[Lyrics taken from “Miss Missing You” by Fall Out Boy.]

A belated Happy Birthday to our fun-loving father figure figment! 💙💙💙

I’m sorry, Patton😭. This was so last minute but I’ll be damned before I choose not to celebrate this puffball’s birthday. I love him to bits. He’s trying his best and he deserves so much more love and appreciation.

The thought of Virgil, Janus, and Remus singing a parody of “Washington on Your Side” that’s about Thomas and the “light” sides lives in my head rent-free.

First of all, I love Prinxiety with all my heart. They are babies and perfect and really really cute, I would never post anything hateful toward then

No thoughts. Just him💜

He’s fabulous. Deal with it. 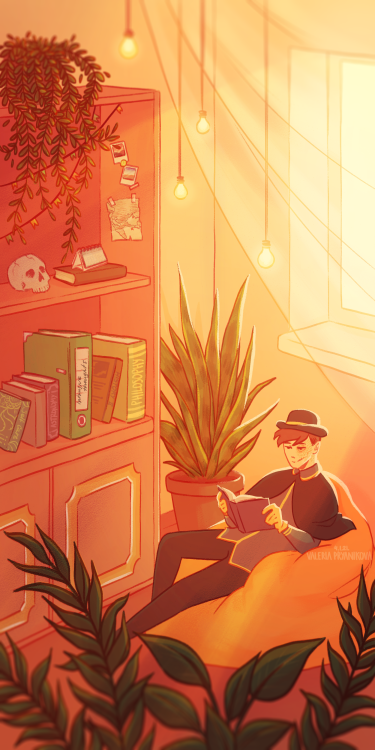 Roman: But you told me to get it out of my system.

Virgil: That was before I realized that your system is a bottomless fucking pit.

Virgil: So, what are we doing?

Logan: Oh, we’ll be discussing it at 8 AM, tomorrow.

Virgil: Are you fucking okay, dude?

I HAVE A COLLECTION

Prompt: “Used to This” by Camila Cabello

Warning/s: (None so far. Feel free to correct me if their should be.)

Janus wasn’t used to this.

Then again, he wasn’t used to a lot of things.

For the longest time, he had grown accustomed to being deemed as the untrustworthy among the honorable. The wolf that prowled among the sheep of advocates. The snake lost in the garden, tainted with wasted wisdom and power.

He was the evil among the good. He was unwanted. Unnecessary. No amount of shallow reassurances could ever change that.

At least, that’s what he thought…

After being shunned for so long, it was hard not to have that kind of mindset. But Janus was a man who knew many things; persistence was one of them. And Patton was persistent in every sense of the word. His demeanor glowed brightly against Janus’ stone wall of pessimism, almost blinding. The light illuminated cracks of virtue (or what was left of it) and expanded into something Janus could never have been prepared for. He didn’t want to admit it to himself, but he saw the fall. He saw the moment he would crumble. He saw it the minute Patton first smiled at him, and he could’ve sworn Patton became the reason the stars glistened in the pitch-black veil of night for hopeless lovers like him.

It was that smile… That damn smile of his.

A warm hand brushed against his cold and bare fingers, startling him. He drew in a sharp breath before he remembered. That’s right… he took his gloves off hours ago. The sudden contact pulled him back to where he was, lying down on Patton’s bed, gazing at the glow-in-the-dark stars that were scattered across the ceiling in a mesmerizing pattern of asymmetry. They only had a tinge of vibrance left. Perhaps they were too old to retain their gleam for any longer. But to Janus, they were radiant.

Patton’s voice broke through the whirlwind, warm and soothing. He shifted in Janus’ arms, forcing him to loosen his embrace around his lover. He didn’t want to, but after being greeted by a round and innocent face with freckles delicately dusted across, he didn’t complain. Why would he?

“Hmm… ?” Janus replied, his voice worn but still as smooth as it could be. Or, as Patton would put it, almost like a subtle rasp that gently clawed its way through the undergrowth. Apparently, his voice was like that when he was tired. He just agreed, not bothering to question Patton’s awfully specific way of elucidating it.

“Is there something wrong?”

Janus arched an eyebrow. “Why would you think that?”

Patton let out a laugh to smother his concern, but it came out too breathless to be seen as anything else but a failed attempt to conceal himself. “Well, I said your name a bunch of times but…” He paused, looking at Janus with eyes that were heavy with sleep. A glint of worry could still be seen lingering behind them. “You never responded…”

He shifted again, propping himself up with his elbow to face him properly, and meeting Janus with sky blue eyes that could consume his waking hours. “Are you okay?”

There was a pause. Janus stared at him, his eyes hazy with undeniable adoration. He took in Patton’s earnest look, trying to memorize each facial feature before he realized that they were already deeply ingrained in his head, forever serving as a reminder of how desperate he was. Desperate to have him in his arms, to be his port to a storm born of lies, to gaze at his freckles and discover what it feels like to shower all of them with kisses of what he had to offer.

He was desperate to look in his eyes, and be certain that he was Patton’s and nothing else.

Janus smiled. He ran his thumb against Patton’s cheek, held his face softly as if it would break if he wasn’t careful, and pressed his lips against his forehead. It was a small gesture, but it was enough to cut strings of uncertainty tied to the weight of the room around them. He could feel Patton’s smile searing into him, and—by god—it was something he could become dangerously addicted to.

Patton leaned into him, already dozing off again. Janus sighed and leaned back, holding Patton close and feeling the weight of it all fall off the face of the Earth for a moment.

Yes, there were many things he wasn’t used to.

But he could get used to this.

Patton: Sometimes we just need to look at the bright side of things.

Logan: That’s not a good enough reason to have a staring contest with the sun…

I legitimately don’t know what to say when people ask me who my least favorite side is.

I love them all. They are my children. HOW DARE YOU MAKE ME CHOOSE BETWEEN MY CHILDREN, YOU HEATHEN-

I always feel like a proud mom whenever I look back and see how much he’s grown over the years.

He’s a great character and he deserves all the love in the whole frickin world.

Posted this edit for Logan’s “birthday” a while ago.

Go and appreciate our favorite nerd.

Logan: I think I have feelings for Patton.

Roman: Congratulations! You’re the last one to know.

Roman: C'mon, give me some encouragement.

Virgil: You will have the best funeral.

Roman: It better be!