They say that fixed the companion banter but forever ago, but I still never get conversations. RARELY DO I GET THEM.

#), #jujutsu kaisen, #jjk, #itadori yuuji, #junpei yoshino, #jjk spoilers, #my art, #heart doodles, #ill draw junpei properly next time >:, #I LOVE THIS JELLYFISH MOVIE FANBOY SO MUCH, #and it made me SUPER happy that he became friends with Itadori!!! two of my fave jjk characters are friends!!!!!!!!!!!!!, #:)
64 notes · See All
telesthisiaText

“Aha…! Goodness me, do I detect a touch of panic within that tone…? Why, I wonder whatever could cause you such distress, my dear hero…?”

Sbi is just an underdog royal anarchist that cares nothing but destruction. The only reason why Philza appeared calm and nice is because he knew he didn’t even have to try hard to get to his goals. He knew the moment he has those three sons of his, it’s much easier for him to create destruction.

Wilbur hated the idea of anarchy ever since he was a child and tried to avoid it as much as he could. He disagreed with what his family is known for, which is why he soon made his own nation that he swore to protect with new meaning of justices. That thought of his never aged long the moment the election was thrown in. Wilbur slowly accepting the fact that he is the evil in the story, justice meant nothing to him, his unfinished symphony was long gone destroyed. So, he began to embrace himself, his true self, as the heir of anarchy.

Technoblade was rather different, he knew and acknowledge his family’s backgrounds, hell he liked it a lot. He admired his dad a lot, he was taught ever since he was a kid that nothing is better than chaos. He was the only one to carry the family’s tradition. He betrayed everyone, harm, manipulate, hunt, everything, to get to his goal, just like what he believed to do. Although he’s no Philza, he was sure to make sure everyone fear him the moment they hear his name, the blood god of anarchy.

Tommy however, was unexpected. As a child, people assumed he would also follow his brother’s step to become the cruelest anarchy in the family. He was chaotic, mean, loud, very evil at one point. And it’s true. He could be an anarchist. He just didn’t, he never acknowledge it. He forgot about it even. The moment he found Tubbo, his life perspective changed drastically, making him believe justice is real and there’s more than just chaos. If it’s wasn’t for tubbo to show him the world of peace and such, he would’ve already be part of his family’s tradition.

It hurt Tommy badly, it really did. It hurt him seeing his older brothers chose to kill him rather than spare him. He admired his brothers a lot. He admired Wilbur for being brave and strong, he admired how amazing Wilbur was to create a new nation. And seeing his dearest brother, loosing his will of justice and willingly to kill his own brother’s nation for his own good, hurts him.

He can’t forget about technoblade either. Although he had no expectation of him to be good, he didn’t expect his brother to injure him, and his best friend. It hurts him. But he stood quiet. At one point he was in the edge of loosing his will, but with tubbo by his side, he stood strong.

He wanted to prove to his family he can do better, he knew he can, and he will.

#), #tommy and tubbo, #hope you fellas like it i just thought about this and i write it so :, #mcyt, #dream smp, #tommyinnit, #tubbo, #technoblade, #philza, #wilbur soot, #sbi, #sleepy bois inc, #mcyt au, #my first time writing something like this kinda nervous :)
126 notes · See All
spiritmaidenText

“You shut your face I don’t want to hear anything come out of that mouth for the next hundred years. No, make that a thousand… no, a million.”

#cadcnce, #(, #sHUUUUUUUUT UYPPPPP PLS I'M CRYING SAHJBKDHJSB, #she's not even gonna give mind to what he's saying her she's like 'NO I'M DONE POTION POPSICLES WAS THE FINAL STRAW', #)
2 notes · See All
betterdcyzText

Good morning! Gonna do some replies, dish them out into the queue and continue to watch Suits

Slowly lumbering to her feet, a shudder accompanying her as she fully got up from presumably napping the whole day away, as bears tended to do! Given her immense size, the wall of gut that the anon was at about eye level with definitely didn’t give the IMPRESSION of muscle, but there had to be SOME if she was able to carry her enormous flab around so easily.

After a short huff, she shot the anon a thumbs up, while also trying to wipe the tired from her eyes. By the looks of it she hadn’t exactly been off her fat ass for a while…The indent on the ground behind her perhaps being another indication.

Her pauses were met with a few more yawns, before finally she perked fully up..Or at least to an acceptable level of awake…She probably wasn’t about to pass out ontop of them was the main thing! Doing a short stretch first, no doubt kicking up a sea of arm flab as she did, the bear gal finally gave a small huff, chest puffing out slightly, before at least she raised both arms and gave a FLEX of both arms!

..And surprisingly enough it seemed the sea of lard WAS hiding something! The sea of soft blubber being strained to a fairly sculpted appearance, the usual roundness hardening out and definetly giving more of a strongfat look than just a ridiculously fat look. Sure it was by no means on par with the amount of just PURE fat on her body, but she definitely looked to be packing SOME!..The strain on her face however kiiiind of showed that this was taking her all to maintain, with one sharp exhale, she wobbled back to her usual rounded form..

Phew! Sorry but, guess a few seconds is all I could hold!

Aaand like that, she was back to puffing and panting. Clearly she was quite the bodybuilder.. 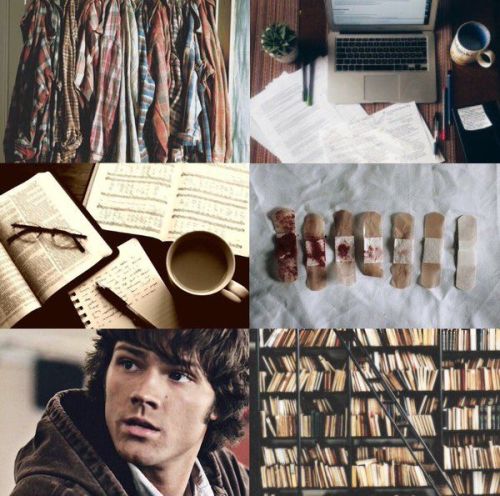 #symptoms of crazy season are starting to install yeah, #(crazy season is basically the second half of each semester, #intensifies when exams come, #), #Spotify
4 notes · See All
dovescendantsText 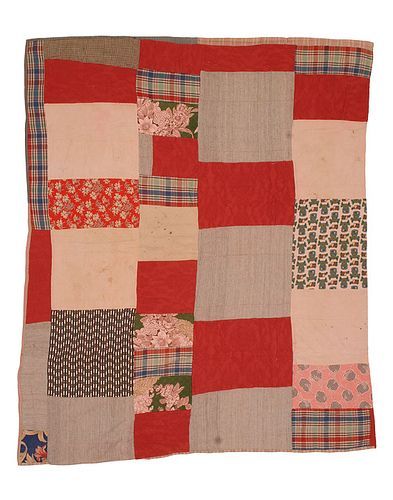 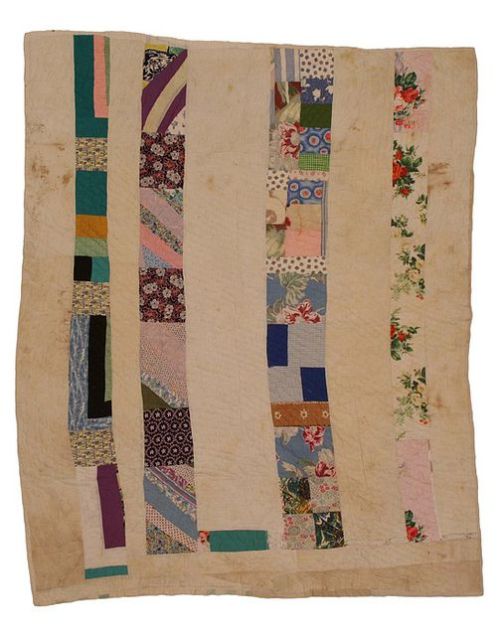 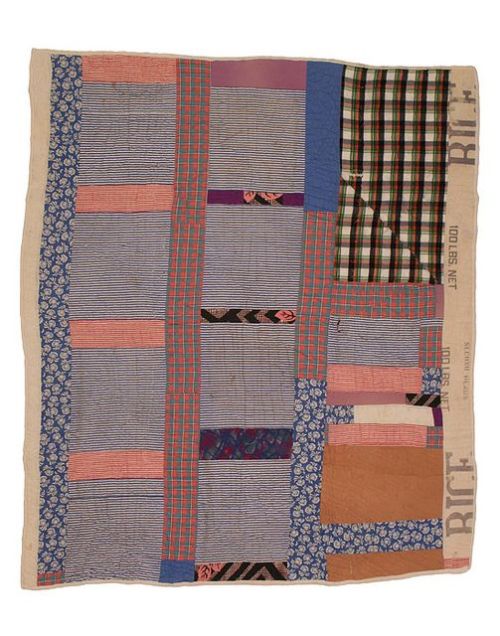 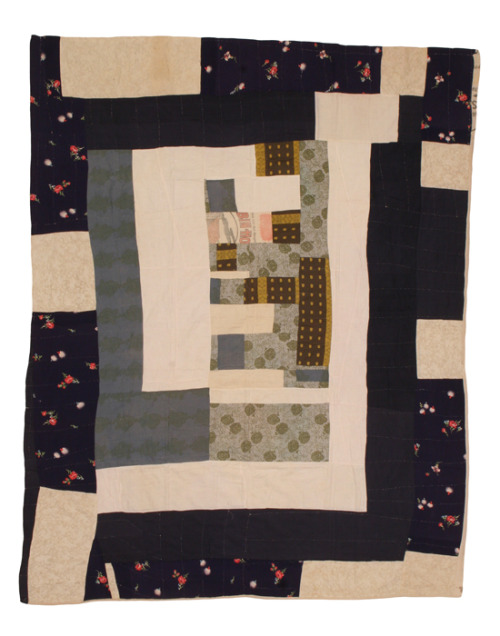 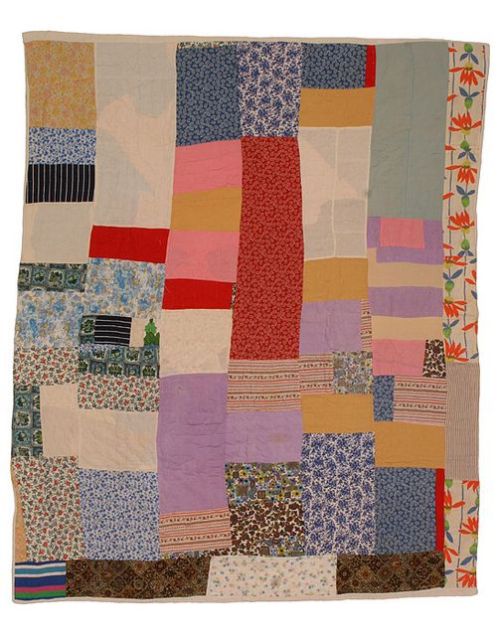 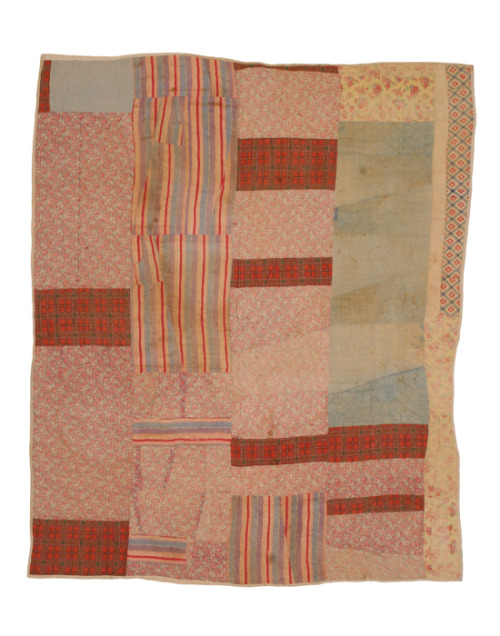 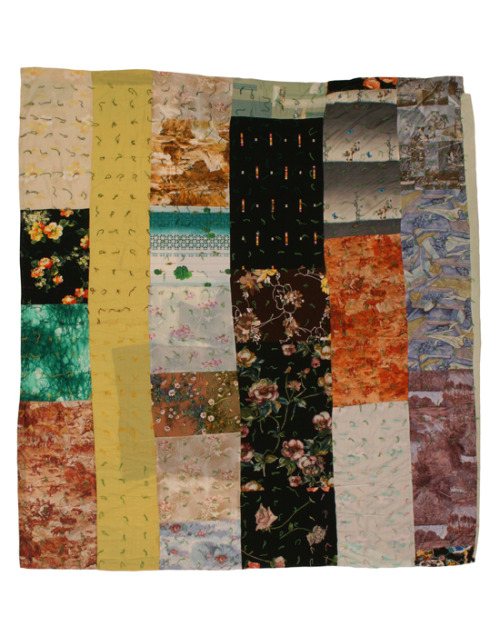 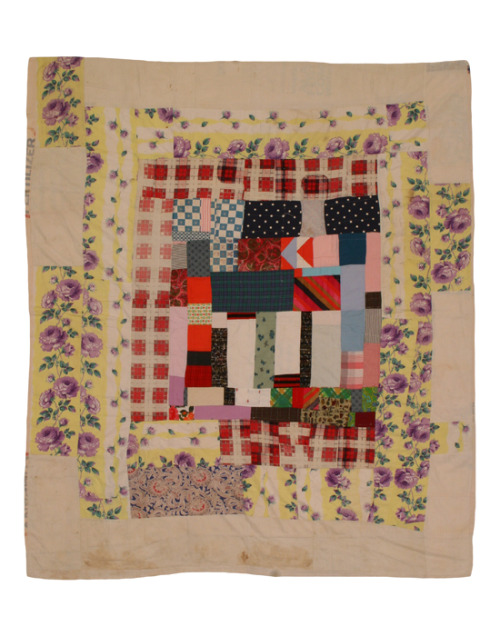 #textiles, #i found an archive of gee's bend quilts the other day and im obsessed, #(these are not from gee's bend but i think she lived nearby, #they have a very similar style, #), #+ have a few essays due soon so more quilt posts to come bc i do Not want to write
103 notes · See All
freawaru2020Text

Laura was so good at this because the whole thing was double entendres.

#., #Critical Role, #Narrative Telephone, #(Well that and I feel like she and Liam are just lowkey good at this, #)
5 notes · See All
panicky-pancakesPhoto 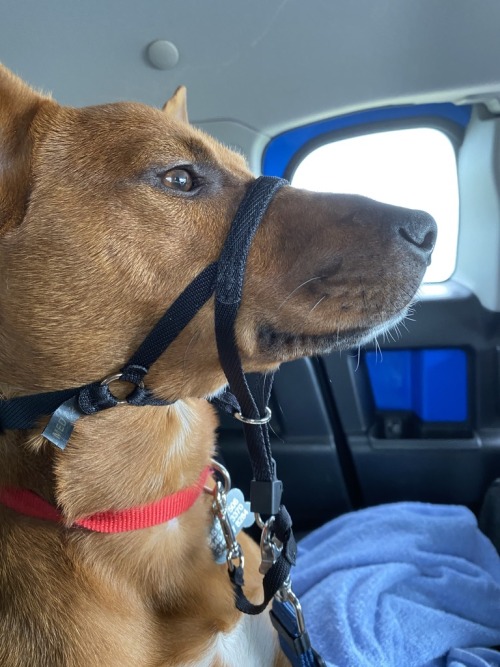 us: hey bungie can we maybe get more ghosts with actual personalities, please?
bungie, shafting sagira offscreen: no ❤ 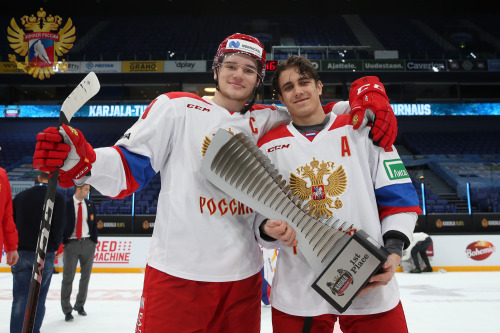 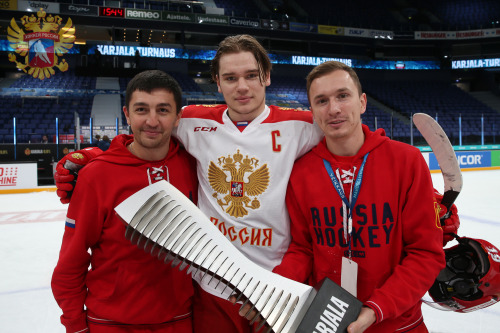 #like the bland prince and her bff or whatever? also vanessa hudgens w h a t  a coincidence we have the same face???, #princess whatever of madeupland never would i have thought i would meet someone so dedicated... so passionate... so generous..., #and so unbelievably stubborn in their opinion on peanut butter (you know that one specific quirk characters have to make them, #AutHeNtIC and rELaTaBLe, #), #i know now why we look so much alike... it's because our souls are the same... we were always meant to meet. always meant to fall in love., #princess whatever of madeupland (you can never repeat the name enough when you're being honest and romantic in your grand gesture, #of a deus machina) nothing would make me happier... *music with the little jingles in it that remind you it's a christmas movie*, #nothing would make me happier than spending every christmas of my life with you, #so will you... and BAM, #gets dramatically cut off by vanessa hudgens kissing herself as the camera pans out and into the snow and the christmas lights, #cut to the credits with a montage of a great life lived together as shown by these ridiculous moments of fun that would never happen if, #actions had consequences
6 notes · See All
queer-chnospinciText

Okay hot take: martin k blackwood magnusarchives was (or is) into some subculture/ alternative clothing style

#like jon was alt in college but martin, #its kinda far fetched but so is jon was alt in college (no offence, #), #maybe he wears historical fashion things he diys, #rachel maksy stile bc thats cozy and comforting and wearable and its what he deserves, #I know thats not really what subculture means but this is my post
3 notes · See All
taengerineeText

what bts did with this retro concept…..iam literally having a breakdown and documenting it to my friends. whoever thought of it ill do anything for you

#i was still recovering from the vid, #aand hthen i went to twt and ofc there are pictures as well.....i only saw jins so far and that already has me spiralling like this, #just end this suffering), #), #rly bts kings of marketing cause for the first time ever i might have to buy a fucking seasons greetings, #im sorry for the rant, #if anyone even reads those anymore fkasgksa, #if not, #screaming into the void
6 notes · See All
laikehendText

IRREGULAR WERE THE BLOSSOMS of red along the elf’s tunic of green & brown , starkly was the colour contrast with so fresh a spill of one’s life blood. it had no time to dry & wither in hue to a russet that may blend with the other shades of brown or mayhap mistaken for a stain of blood from one that had been slain. yet carmine & crimson was the blood that soaked along the fabric. miscolouring the fine cloth that surrounded the silt the enemies blade had made through the material.

IN TRUTH HE HAD felt little of the injury , so keenly focused was he upon the fight. reflexes innate & senses honed upon those who sought to end , or seriously maim , himself & those he called friends. unable to abide that want of evil , he set upon the battle with a deadly ferocity & tireless vigour that beheld the woodland realm’s top warriors. although prince he may be , he did not earn that stop through position & title only , it took proof of skill & centuries hard work.

VICTORIOUS THEY HAD BEEN. dead or dying were those who had thought them easy prey. a feeling of breathlessness , odd but not uncommon after battle , he was as he returned towards where he’d last had seen his companions. seeking them to be reassured of their wellness , or offer assist should they need it , valar forbid they need it direly. however it was the startled words of a voice he knew well had brought forth an awareness of himself he’d lost during the skirmish. following the dwarf’s gaze back to himself , there he saw what had alarmed the other so.

THE WORDS WOULD INSPIRE greater confidence should they be uttered with more strength & without the subtle slur they held between the vowels. accent thickened , interlaying within the syllables. tongue tripping & falling lazy upon the pronunciations of the westron speech , yet knowing the dwarf would understand sindarin little & silvan none , he sought to keep his wits about him. least enough to communicate & ease the supposed worries of the other.

❝ I will bind the wound & we can be well on our way. ❞