#ckxkdkdkdkxk this is a promise and a threat my love xD, #💛, #ask
1 notes · See All
ao3feed-tododekuText

Izuku’s quirk comes in late. Is there still enough time to save him or is that also too late? (I suck at summaries it’s better than it sounds I promise.)

Dunno what will be coming up, I was taking a slight break but it’s hard to write when there is a lot going on.

You are just the absolute sweetest bean 💛

Yay you can send asks!

✰ Happy Pride Month! Here’s my main f/os with the trans and gay flags because they all support me, their trans and gay boyfriend ✰ 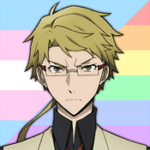 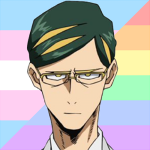 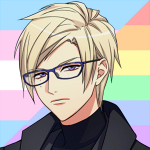 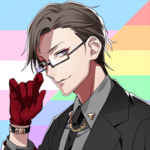 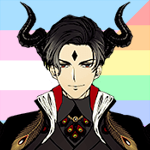 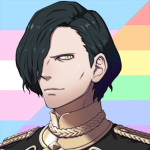 Well, I can legitimately say that I’ve watched Captain Marvel no less than 10x today. I like to have a movie going on in the background while I do housework. Time for some Dexter while I eat something light. Still have stuff to do but once it’s all done, my week will be free and clear.

Memo from the Vanguard: Guardian, we have finally found your ghost. Reports are that they were last seen on The Tangled Shore. Regretfully the Vanguard is not able to meet Spider’s steep demands. Hope you have glimmer!

i was also not plannning on leaving two songs and i wasn’t planning on leaving two songs again today but i guess it’s what feels right in the moment? if that make any sense. so here you go; the first one is: atlantis by seafret, i’m not gonna say anything about this one because the lyrics say it all really… but i think about it from scylla’s pov and it tears me apart. and the other one is: you by keaton henson, now this song just rips my heart out, and i think it’s a song that both raelle and scylla could dedicate to each other. it’s like trying to let the other know how deeply loved and valuable they’re. hope you like them! ily 💞 ps: i re-read your fic today and i send it to a friends (because talent must be shared) and she told me exactly this: “she should be getting paid for having this writing skills” and she’s absolutely right!!

Yeah! I used to play wild world on the DS and now I play city folk on the wii. I’m really tempted to buy a switch with my brother so I can play the new one but I don’t know if I can afford it 😥

I can’t remember many villagers from wild world except for Stitches, I loved him so much and we became such good friends that he gave me his picture! (is that still a thing?) I mean look at this little cutie ⬇ I miss him so much 🥺

For city folk I think I currently have Bob, Dora, Gloria (she’s my least favourite, I’m trying to get rid of her 🤭), Lucy, Mac, Mint (one of my faves), Scoot, Walker (another fave) and Wolfgang.

Also just looking at the list of villagers, I am so offended there’s a Sydney and Canberra but no Melbourne

#ask, #ask away, #ladyshadowqueen, #faye, #💛, #thank you for the ask lovely, #animal crossing, #about me
5 notes · See All
soldouthazAnswer

tonight at midnight (CT) 💛 thank you for asking! i’m so happy you’re excited!!

Seeing the World Outside the Bubble
by That Wannabe Writer

Such a beautiful Pokémon 🥰

But onto one of my favs Absol 🐶💛

I never thought about the gifts in that way. Interesting idea about what the light and shadow and gift colors could symbolize.

There’s really just SO much red everywhere in the video and that’s what gets me on interpreting it all. The red/orange/yellow/gold combo, the mismatched outfits, the door, the infinite hallway.

It all just makes you wonder what you’re supposed to make of it. Might as well look into the possibilities. Thank you for sharing!