Another report from my TMA-BG3 crossover playthrough. Mild spoilers for both.

To solve the druid-goblin conflict, you need to kill three goblin leaders. The closest to the entrance, and therefore first on my list, was Priestess Gut.

I walked in the room she was in and saw a high ground. Excitedly, I split Astarion and Wyll from the party and made them climb up (which took a bit of time, as these things always do). I intended to exchange a few words with Gut as my player character and then let justice rain from above.

But then she says something that’s actually interesting lorewise, invites me to continue the conversation in her room, and leaves. I think that it’s a shame that positioning my damage dealers was a waste, but in a separate room we could quickly dispatch her 4v1, without having to kill other goblins that are hanging out here in public spaces. So I follow. I enter the room, position Astarion and Wyll in the shadows ready to strike, and close the door so that the other goblins couldn’t see our assassination.

Then I initiate dialogue again, assuming it would soon lead to combat. She refuses to talk until the rest of my party is out of the room. “Oh, another Nettie situation”, I think. “I’m curious to see what she does, so let’s act stupid and stay alone with her, let her kill me or convert me or whatever, and then reload and kill her properly”. It really sounds like agreeing to talk to her here means siding with the Absolute and leads to the evil plot branch, and I want to check it out now while I have the opportunity instead of looking it up on Youtube later.

So I once again ruin all my efforts at positioning (”It’s okay, I’ve saved, I’ll go back to that save later!”), kick the party out of the room, and talk. I let Gut rummage in my in my brain – sure, normally I wouldn’t allow an enemy access to my secrets and to the knowledge I intend to kill them, but it’s a throwaway save anyway! And in the end, she gives me some kind of poison, at which point I realize:

So, at the last possible moment, I decide I want to keep this save, and refuse the vial she’s giving me – perhaps an empty gesture, but still an expression of the will to continue. As I expect, she says “too bad” and knocks me out anyway. To my surprise and excitement, I’m not kicked out of dialogue into solo combat: the cutscene continues with the player character captured and transported somewhere. I can’t even begin to admire the canonicity of this situation as a new NPC shows up, rescues me and disappears, and I am left very thrilled at this unexpected turn of events to explore this new location alone and then find my way back to the party.

To recap: Jon, my player character, decided to go and meet a fellow high-ranking servant of a dark power alone despite how dangerous it was, because he needed to learn more about his current condition. When he was kidnapped and tied up by one of those creatures – a leader of the current enemy faction, old, female, non-human – he was immediately rescued by a newly introduced female character, mysterious, very powerful, and belonging to another higher power’s faction.

In other words, this surprise reenactment of s3 went astonishingly well.

. So no one was gonna tell me that they found water on mars too

Unpopular opinion: stop shipping idols with each other please

my parents are middle class and i went to private school from ages 6-14, where i was bullied pretty badly for my mental health/social/behavioral issues until the school eventually kicked me out because they had a no special needs policy. then i went to public school where things were actually a lot better, and i even made some friends.

my friends tended to have their own issues, but we were willing to take the time to understand each other. a lot of them had parents who struggled with mental illness or addiction, so the kids tended to be remarkably calm and nonjudgmental when someone was having a meltdown. my social skills got way better within just a few years, because it was the first time people would, like, hang out with me and have conversations.

i often wasn’t allowed to see my friends, because they were seen as bad influences, whereas my wealthy former classmates seemingly had access to endless reserves of childhood innocence as “kids being kids” no matter how cruelly or aggressively they behaved. i don’t even really blame the rich kids, in retrospect – they were kids. but its not a virtue to have never faced a consequence in your life.

It’s so disorienting that people’s everyday lives are being severely impacted by something as arbitrarily cancerous as racism. The world refuses to grapple with the origins of antiblackness. The world refuses to reflect on dark people suffering globally. The U.S. said slavery is illegal except as punishment for a crime. Why is slavery an accurate response to any human conflict or dilemma? How is a metal cage a suitable home for a supposed criminal and not for the person who threw them in there? I don’t understand why some people get to be humans and others get to be pets.

You don’t have a bird’s eye view of your past. (Because you’re not a bird.) You exist on ground level with the past. It is a landscape that stretches along with you. That is the staying power of the eternal present. How we are fundamentally incapable of severing ourselves from the moment and, thus, incapable of accurately separating the moment into pasts, presents, and futures. We do make the attempt anyway. We do try to go back and analyze the things that have happened to us. But by that point, it’s mostly construct. You cannot know what you might have done differently. You cannot save any of your former selves. You can only live on the solid ground of your current reality. And then that reality abandons solidity for liquid. It becomes a flowing, moving keeper of our collective facts. The river is not ours to control. The only pliable moment is Now. And this moment is as old as the ground that holds us. This moment is forever. We are still everything we’ve ever been. Plus more, every day.

Every time I think I miss how life used to be, I’m reminded, no, you were sad then, too.

AFTER IMOLA ITS ISTANBUL BABYYYYYYYY 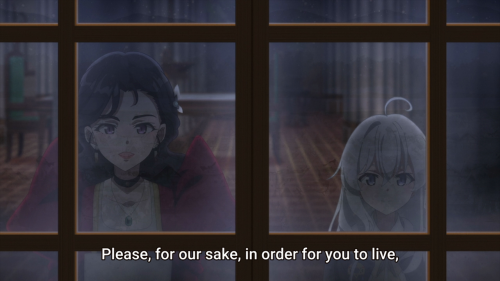 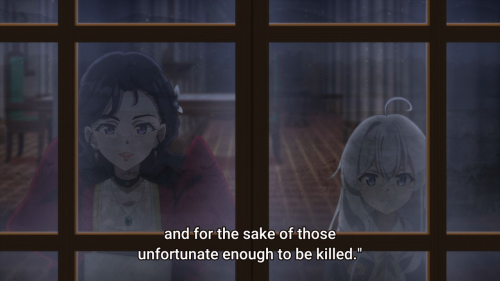 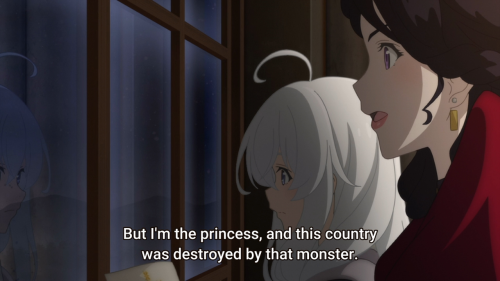 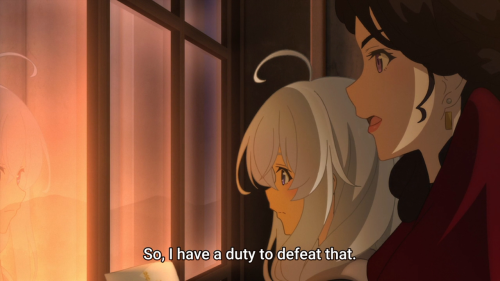 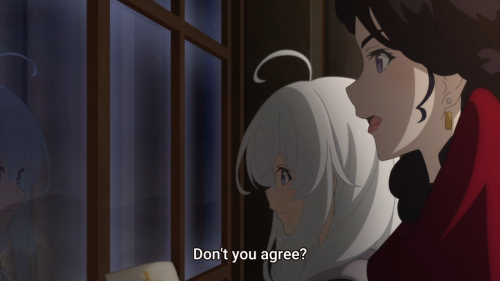 #..., #majo no tabitabi, #the journey of elaina, #screencaps
1 notes · See All
thedaintydoeText

vincent is definitely aware of the supernatural, though he doesn’t know too much about it. there really weren’t many supernatural beings in his small western town. which is a shame, because he himself is a witch. he’s learned to hide it from others, because he didn’t want anyone finding out. he’s able to surpress it, so it’s hard to sense for other supernaturals.

love is stored in the sliced fruit

#my mom is asian <3, #i miss summer when there were good fruits, #...
0 notes · See All
thechicatimidaText

since like last year or something …two years ago? idk whenever it came to netflix (in korea) netflix has been recommending me that locke and key show an d i was like ~no thanks~ but finally i decided to watch it bc ive run out of shows

and oh? it was really good? i enjoyed it a lot :o

#very interesting and different, #i hope there will be a s2, #im scared to go look it up and see ~cancelled~, #..., #personal
0 notes · See All
mostfandomstrashcanText