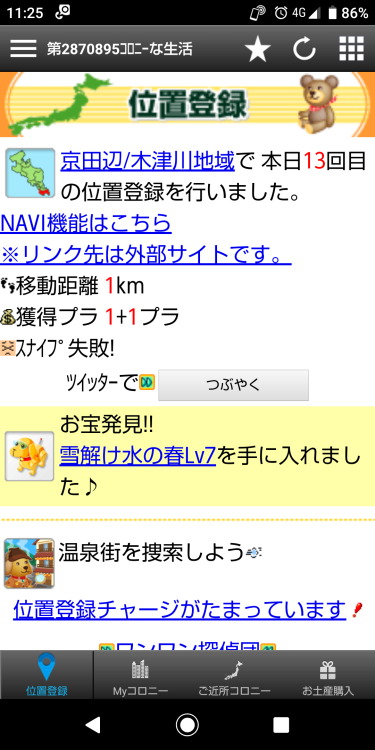 The Doctor singing: Tastes so good-

The Doctor: You know the song?

The Master: What no these are my evening plans

Another day, another prompt for the @thirteenfanzine prompt week! Out of Time! Definitely not using these shorts to distract myself from writing an actual long fic like I’m meant to. Totally not what’s happening here.

Absentmindedly River closed her diary after finishing the bedtime story, the kids were fast asleep. She held it close to her chest as she walked out of the room and flicked the lightswitch. The house was quiet as she made her way to the living room. She was meant to be seeing the others for a drink later but she really didn’t feel like going out. There were those nagging thoughts again at the back of her mind. No matter how much she tried, she couldn’t forget that this place was nothing but a string of numbers, ones and zeroes. They were just consciousnesses saved in a computer. Their bodies weren’t real, this world wasn’t real, it was just a place to make their existence bearable.

In the beginning she hadn’t cared at all, she had been saved and anything was preferable to death. Her friends were here, this was a good place and yet… something was missing. These thoughts had become more and more prominent in her mind as the days had turned into weeks had turned into months… maybe it had even been years now, she couldn’t be sure. In many ways she felt like a ghost of her former self now.

She sighed as she slumped into an armchair and started flicking through her diary as she always did when these thoughts became too much to deal with. The diary was full. They had run out of time together. How was that even possible? For two time travellers to run out of time. It was so ironic. She leaned back in the chair and started reading about the singing towers remembering happier times when suddenly a voice called out of nowhere.

“Hello? Anyone home? CAL? Are you still running this place?“ River was sure she’d never heard that voice before, it was female and had a distinct Yorkshire twang, but there was something oddly familiar about it. Slowly she stood up. The only explanation was that there was someone in the library trying to contact them. As if on cue, CAL appeared next to her out off thin air.

“Let’s have a look…“ CAL suggested and they walked up to the television that could be used as a two way screen and turned it on.

“Oh hello!“ A blonde woman appeared on screen with a wide grin on her face. River and CAL looked at each other confused.

“Who are you?“ CAL asked slowly.

“Oh yeah, sorry, got a new face! What do you think?“ She took a twirl, her light blue coat flying around her. “Personally I think it’s my favourite one yet but then I’m a bit biased.“

“What are you doing in the Library?“ CAL carried on.

“Yeah, sorry, I meant to be here sooner traffic was hell.“ The woman grimaced. “Plus, you know, the ethically dubious process of using your apparently superior DNA to splice into my a few cells from my wife’s charred body and the lengthy process of finding someone actually able and willing to clone a body from that. You humans, always looked down on cloning haven’t you. But I think under these circumstances it’s justifiable.“

“No…“ River looked at her in shock as she was connecting the dots.

“That’s right sweetie, get you coat, you’re coming home with me!“ She grinned.

“Sure am, and if you don’t mind, I’ll download my wife now.“ The Doctor carried on. Before either one of them could protest, she directed her sonic at the screen.

River woke up with a start as if her two hearts had just jumped into action for the first time. She gasped in surprise looking around disoriented. She was lying on the floor in front of the library’s data core, it was hard and cold and oh so real.

“Hello Sweetie.“ The Doctor pulled her up into a sitting position and into a bone crushing hug.

“I thought we’d run out of time… I thought our story was over…“ Her voice was sore, as if she had never used it before.

“Run out of time? Us? Nah. But what we are running out off is this place. Before the Vashta Nerada turn up.“ She nodded towards the Tardis. “What do you say Professor? You and me? Time and space?“

“You just watch us run.“ River smiled as tears of joy sprang to her eyes. She leaned forward and kissed the Doctor.

it’s alright, it’s not too much! besides, i like to answer them.

7. What is the stupidest thing you’ve heard said about the lgbt+ community?

to me, it’s the exclusion of aspecs. they’re as much lgbt as we are, yet people consider them to be “not oppressed enough” while we all live in an amatonormative (might’ve misspelled that, sorry) world, and usually the people who are saying they’re not oppressed are usually the ones oppressing them. aspecs! are! lgbt!

12. What is one question you hate people asking about your sexuality?

i’m pansexual, so i hate it when i’m asked “so isn’t that just bi?” bisexuality is also a great label, but i feel more comfortable being pan. as for my aromantism, i’m always asked “but i thought you were a pansexual?” then when i explain how romantic and sexual orientations are different, they don’t understand it.

13. What’s your favourite thing about the LGBT+ community?

well, in my opinion, even though there are a lot of exclusionists, TERFS, bi/panphobes, i like that most of us are accepting of any identity!

15. Have you ever been to your cities pride event? Why or why not?

no, i haven’t. my reasons are, first of all, i’m not out to my parents. secondly, i’m turkish, and a minor, so if i went there, i’m pretty sure the cops would hurt me in some way, and i’m just a minor. i’ve always wanted to go, but i’m just not out to anyone besides a few friends.

22. Which LGBT+ slur do you want to reclaim?

i’m pretty sure queer has already been reclaimed, but people aren’t that accepting of it. and also, this is probably an unpopular opinion, i think us pansexuals should reclaim panny, so the panphobes can’t offend us with it. 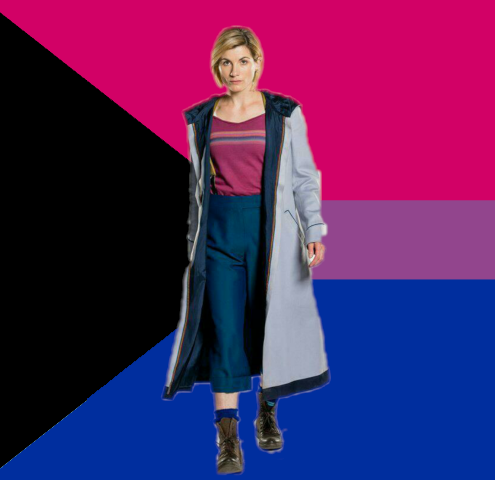 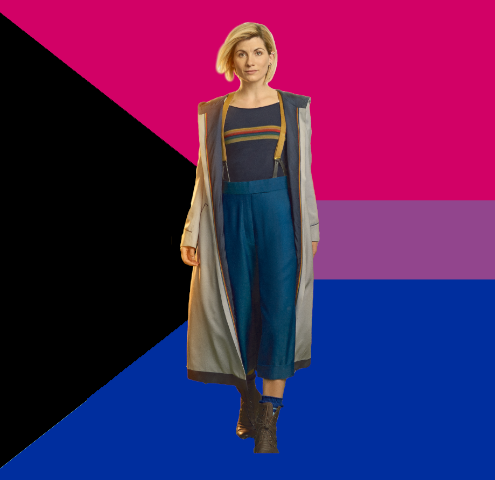 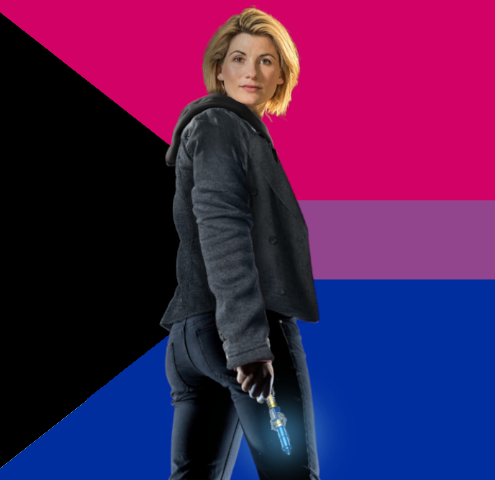 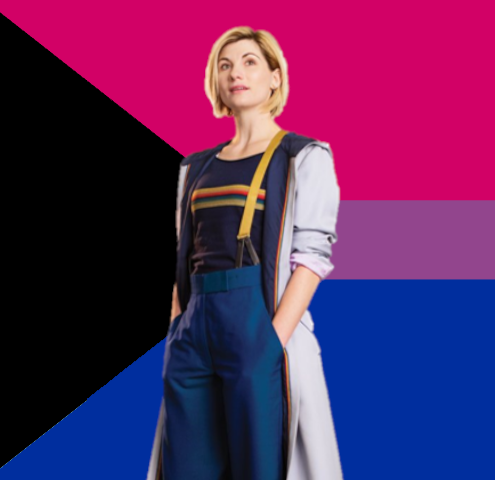 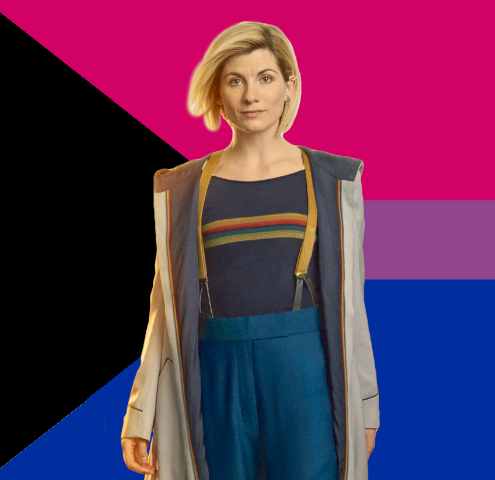 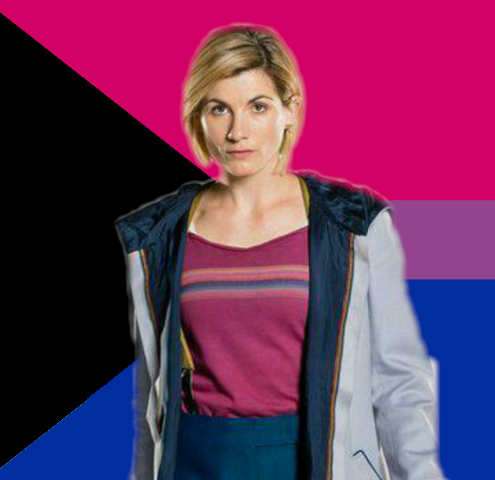 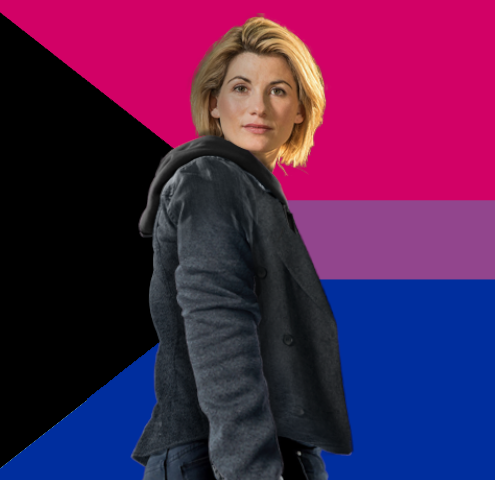 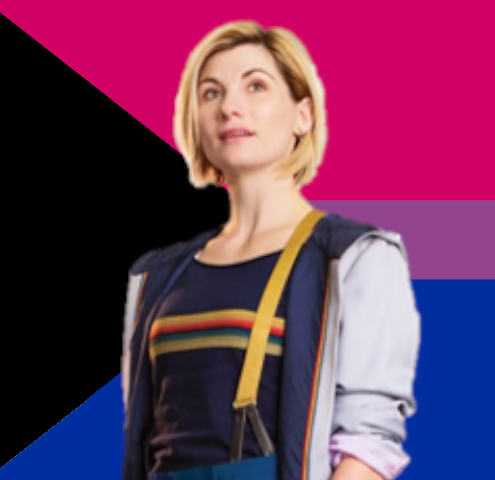 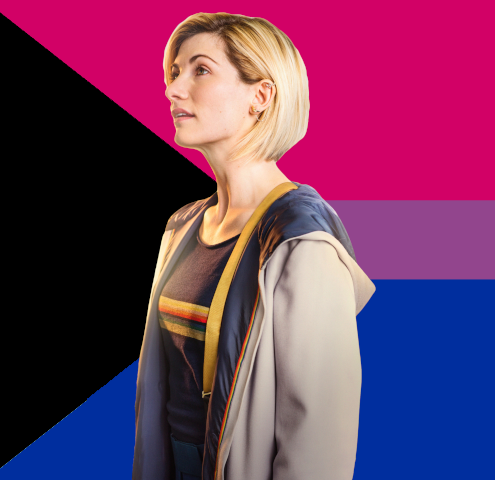 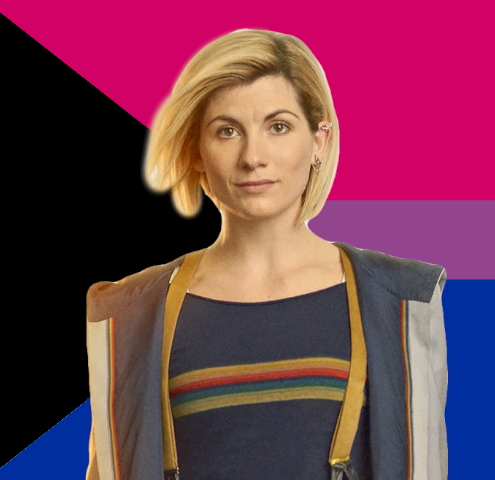 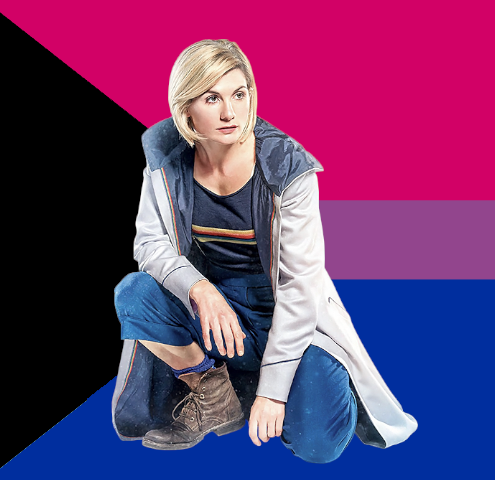 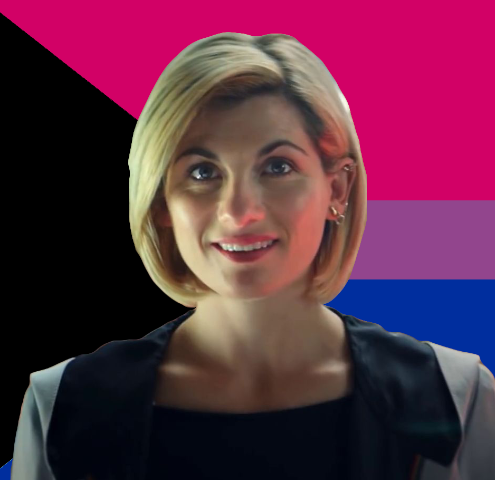 Imagine 13 meeting Gaskell and wonder why he was being so calculating, cold and murderous.

“Oh Doctor, if only there was someone out there who loved you?” 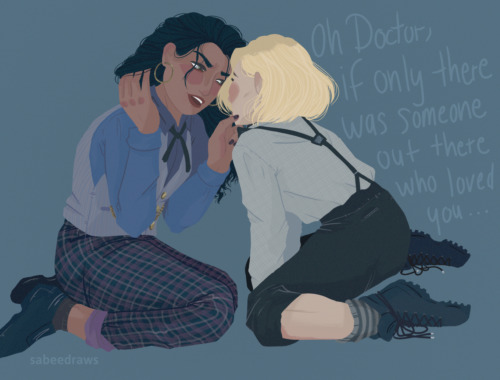 Day three of the @thirteenfanzine prompt week! “What happened to your promise?” Actually ended up writing two very short shorts for this one, River and Thirteen breaking a promise each lol! All PG, don’t worry :)

“What happened to your promise, River?”

“What happened to your promise, River?” The Doctor followed River around the Tardis’s console flipping back the switches her wife was flicking.

“I don’t know what you’re talking about.“ River retorted and reset the coordinates only for the Doctor to undo them again.

“I told you to stop jumping out of things because I can’t always be there to catch you!“ She exclaimed.

“I said I’d try. And I tried. But the building was exploding so you can’t very well expect me to hang tight.“ River shrugged pulling a leaver.

“The building exploded because of the explosives you set!“ The Doctor shot back and pushed the leaver back up.

“I fail to see your point.“

“Who’s that?“ Yaz whispered to Ryan and Graham who were perching on the stairs in the console room watching the two women in front of them.

“Doctor’s wife.“ Graham explained and Yaz looked at him in confusion.

“Really? Did she introduce her as that?“

“No, they haven’t even noticed we’re here.“ Ryan commented.

“Then what makes you think…“

“They been bickering like this for the past 20 minutes, it’s the only logical explanation.“ Graham answered.

“What happened to you promise, Doctor?”

“What happened to your promise, Doctor?“ River crossed her arms in front of her chest and the Doctor swallowed hard as she arrived at her wife’s cell in Stormcage for her birthday date.

“You promised 7.30pm!“ She carried on accusingly.

“Well, there was this thing.“ The Doctor tried to evade.

“Doctor.“ She glared at her. “You’re a time traveller, how do you still manage to be later?!“

I’m tired of you

I hope I find you again

me (while studying for exams): @taylorswift was right, it’s all fun and games till somebody loses their mind

Yaz, dragging the Pting in a metal box: Here he comes

The Master: oh no what she gonna do unbirth me oh right she didn’t even do that in the first place so fuck her

The Doctor and the Fam respond to a distress call from an apparently haunted house.

“So where have the people that live here gone?“ Graham asked as they walked through what looked like an ordinary semi-detached house in the outskirts of London.

“Gone. Rented a hotel room I believe until we’re done here.“ The Doctor answered looking around the abandoned lounge.

“Don’t blame them, would have freaked me out as well, spooky messages appearing on my mirror.“ Yaz commented looking around a little anxious. “Wonder what made them call the number though… What was it the message said again?“

“If you want to get rid off me, call the ghostbusters at … and then the number.“ The Doctor answered as she pulled out her sonic to take some readings.

“I would not have dialled the number…“ Ryan shook his head insistently.

“Well, if the ghost is persistent enough and you want to be rid off it…“ The Doctor shrugged.

“But why did the call come to you? To the Tardis?“ Graham wondered.

“That’s the Tardis’s landline number.“ The Doctor explained as she scanned the fireplace. 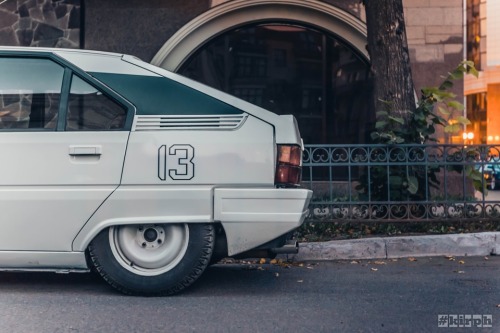 *Knocking at the Tardis door*