Tumgir
AboutPrivacy Policy
AboutPrivacy Policy
Visit Blog
Explore Tumblr blogs with no restrictions, modern design and the best experience.
Fun Fact
In an interview with inc.com, David Karp (Tumblr's founder) admitted, "Being on computers all the time makes me feel gross."
Trending Blogs
#5sos
konecnynerd
Video
#this is for soggyburgers#5sos#luke hemmings#not tagging them all bc i have better things to do
0 notes
laalaaangel
Text

Moodboard for January 2021. In December i will reblog this with a December 2021 Moodboard to see how much i’ve changed.

“Did you know that they went on tour with one direction?”

“Their songs were a part of the riverdale and 13 reasons why soundtrack.”

“They are the only band in the world to have three consecutive albums at number one on the Billboard US charts.” 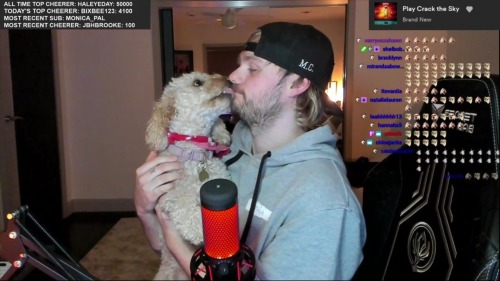 Is anyone else like super excited for Calum’s birthday?

Here’s everything I Stan

#im well aware how much ppl hate it but like#that was my introduction to this band#i did see them live before that but i wasn't even a casual fan so it doesn't count 🤡#so wwjt will always be special to me :(#im sorry but#this has been a psa#i miss wwj tour skjhgjk#nish bs#5sos#i'll see myself out
4 notes
wildflwerr5sos
Text

That’s just so weird to me, like who tf would do that besides Crystal Leigh Lauderdale Clifford, ofc (?). But she only did it bc she’s an attention seeker

That anon was right; I’m what’s wrong with the 5sos fam so I’m considering quitting it and rejoining the Mendes Army (Shawn Mendes fandom) bc no-one on here likes me and I was more well liked when I was a Shawn Mendes blog. So I’m taking my posters down, I’ll sell the merch I got for Christmas and delete the 5sos pics from my phone’s camera roll because the problem with the 5sos fam is me and me only, not the Lierra or Mystal shippers etc

luke in every why won’t you love me live EVER. that’s all.

Calum Hood’s back is a work of art

currently missing them all together :(((((

I think Michael likes moose more than he likes southy

I think that Michael actually WANTED Moose, whereas Southy was a package deal with Crystal so he has to put up with them (idk Southy’s gender)

everyone go listen to me n @suitelifeofpaige’s collaborative spotify playlist

Am I blasting lover of mine right now ? yes, yes I am. Will I stop Because it’s probably annoying everyone around me? fuck no.

It started the way most things do. Unexpected, but not unwelcome.

Calum had never been the kind of person to know exactly what he wanted, and he’d never really cared much. Things would figure themselves out, he believed. And they always did. He’d gotten so far, he would reason, and he was still breathing.

Meeting Ashton had never been a piece to a puzzle that Calum was frantically trying to finish. Calum wasn’t even sure he’d had the box open. Ashton was the drummer for Luke’s band. At least that’s what it felt like back then. Calum just knew he liked hanging out with Michael and Luke, and music was the only way to keep the two of them in the same room without a fight. So, if playing guitar and posting shitty covers to YouTube was what had to be done, he’d do it.

And he did. They all did.

It was fun, watching the subscriber count rise, and his Twitter following grow. He realized that hundreds of girls saying they thought the four Aussies were cute didn’t excite him as much as it did Michael. Or as much as Ashton excited him.

Being friends with Ashton was much easier than Calum could have ever expected. The younger boy quickly began to realize that one of his favorite places to be was in the passenger seat of Ashton’s car and it definitely wasn’t because of the broken air conditioning vents.

Calum had bad days, ones where the weight of the world seemed to be on his shoulders. He thought he knew what Atlas must feel on those days, his past and present, the worries about his future all weighing him down, threatening to break his back. On those days, Ashton seemed to hold the key to get him through, to say exactly the right words to tide him over to the next day.

He called Ashton one night after suffering through a dinner alone with his parents, begging to be picked up and whisked away from his life.

It was a school night, so there was a glare from his mother as he pushed through the front door and a shout to be home before curfew. Calum knew very well that both of his parents would be long asleep before then and Mali would never break their no tattling pact.

He could feel his problems begin to loosen their grip on his shoulders as he approached the car door, and when he opened it, he was met with a grinning Ashton.

“Hey Cal,” Ashton said, waiting for Calum to buckle before peeling away from the curb. Calum only grunted in response. “Wow, so you weren’t lying, huh?”

“No,” Calum grumbled, turning to face Ashton and rubbing his cheek on the headrest.

“Well, you know the cure for any bad day.” Ashton chuckled at the way Calum’s face lit up.

“I know,” Ashton giggled. The car fell into a comfortable silence as Ashton drove, the only sound being Ashton’s burned CD of Green Day’s American Idiot album playing softly. Every once in a while, Ashton would drum the beat on the steering wheel, and Calum felt as though it could have been his heartbeat given how much he depended on it.

When they pulled up to the shop, Ashton hopped out of the car while Calum stayed buckled.

“Wait!” he called out, but Ashton just waved a hand.

Calum’s face felt warm at his words. When Ashton returned with the ice cream a few minutes later, he wanted to be surprised that it was exactly what he would have ordered. “Hang on, let’s eat these at the docks,” Ashton suggested.

“Yeah, sure,” Calum agreed. The docks were just a parking lot that overlooked the water where teenagers usually went to have sex in their cars without their parents knowing. There wasn’t even a dock anywhere near it.

For Calum and Ashton, though, it was the site of a few really deep conversations. Something about the way Calum could look out the windshield and see that for miles it was just him and Ashton made it easier to talk about the feelings that felt too big for words. They didn’t come often but Calum knew that this suggestion wasn’t brought up on a whim. “Everything alright, Ash?”

“Hm, oh, yeah.” Ashton’s grip on the steering wheel tightened slightly and his jaw clenched. Calum wasn’t convinced. Over the speakers, ‘Give Me Novacaine’ played softly.

The lot was pretty bare that night and the two boys could park away from any other cars. They both opened their ice creams and dug in, graciously taking the distraction.

“Wanna talk about your day?” Ashton asked. Calum swallowed his mouthful and tried to clear the lump in his throat.

Drain the pressure from the swelling.

“Just shitty, I guess. My parents are kinda getting on my back about a decision for the football camp thing and I’m just really stressed,” Calum explained. Ashton nodded, prompting Calum to keep talking. “Everything’s just scary right now.” He shrugged. “I feel like I’m too young to be making these kinds of decisions.”

“Yeah, I get that,” Ashton said, “I’m sorry your parents do that, like put all that pressure on you. These decisions should be about what you want for yourself and stuff.”

Calum wanted to scoff in Ashton’s face and say that if he really knew, he wouldn’t be in this position.

The air felt tight around Calum’s head when Ashton didn’t laugh. There was a pregnant pause before the older boy spoke again.

Give me a long kiss goodnight.

“Are you actually going to go to Brazil?”

Keep reading on ao3: for every question why