I’m so angry right now because they do not deserve this mistreatment. Look at Ashton. Look at him properly. He’s hurt. He’s trying to make sense of a scenario where his band have worked so fucking hard to create a piece of art, and the achievement they rightfully earned has been torn away from their grasp. A situation caused by no fault of their own. A clerical error that has happened to many big artists before with no charting repercussions. If Billboard have been lenient with other artists on the same issue in the past, then there’s no rational excuse to not do the same for 5SOS.

5 SECONDS OF SUMMER: WILDFLOWER  -   HEADERS
→ Requested by @travisbarker
→ Like/reblog and leave a follow if you use!
→ Click to save in full size
→ Credit me on Twitter (@kacper0623)

A/N: Sooo guess who’s back with a new fic?! Please let me know what you guys think, and if you want me to continue this - I have lots of ideas for it! If you enjoyed it, please give it a like so I know people are interested in reading more :) The band does exist in this fic, but it’s more of a casual thing and none of the boys are famous. In this fic I tried to really focus on the characterization and in improving my writing, so yeah this is my little passion project rn while I’m in quarantine. [Also a little shoutout to @cakesunflower​, I don’t know her at all but her fics (wglylm, quiet hours, etc.) and her writing is honestly incredible and she was one of the many awesome writers on here who inspired me to start this. :)]

“Who’s Calum?” Audrey was perched over a tall wooden stool, hands around a mug of steaming hot coffee. Her short brown hair landed just above her shoulders, cascading perilously towards her coffee as she stared down her friend, a sly smile on her face.

“Just a friend of a friend,” Rose replied with a shrug.

“No seriously. I barely know him, I met him the other day at some get together Nina dragged me to.”

At mention of the other girl, a smile crept onto Audrey’s face. “Damn, Nina. How’s she doing?” The three were close friends back in university, sharing a dorm for two years. But after school, they’d all started to go their separate ways. Nina was in public relations. A true socialite, she loved meeting new people, and could keep up conversation for hours. Since landing her new job as an assistant for some small music company, she’d managed to drag Rose along to various parties and social gatherings with increasing frequency. The two lived on opposite sides of town in Boston, but remained decently close despite this. On the other hand, Audrey had moved back home to Michigan after school, and the two didn’t see her very often at all.

“She’s good. Still a true extrovert.” Rose said with a gentle shake of her head.

“Gotta love that girl. She was always a go-getter.” Audrey laughed, taking a sip of the creamy drink.

In contrast to Nina, Rose would describe herself as a simple person. She had her little apartment, her work, a well-stocked supply of coffee, and her dog, Olive - who she’d somehow managed to sneak under her apartment’s 60lb weight limit. Everything else was extra, but as long as she had those few essentials, she was perfectly content. Though as a recent university grad who was still working part-time at a coffee shop, and taking whatever freelance work she could on the side, she didn’t have a lot of room for extravagances anyway. In contrast, Audrey found a job as a radio broadcaster back home right out of school, and could now afford to make the flight down to see her girls.

“Anyways don’t try and change the subject, you haven’t had a man in your life in ages!” Audrey exclaimed, teasingly poking a finger against the arm of Rose’s blue sweater.

Rose gave her head a faint shake, smiling gently. She had no doubt Nina had already recounted the entire work gathering to Audrey over one of her long-winded FaceTime calls. Nina had a way of getting carried away with the stories she told, which likely meant their distant observation of Calum had morphed into a much closer brush than it actually was.

Artists that are definitely popular but are still way too underrated cause they’ve literally never made a bad song and also they have a lot of songs with an 80s feel that I like very much:

Currently deciding between writing a new Covinsky fic to be named after this song or make it the title for a series of a bunch of fics I’ve already written.

I really set my standards impossibly high on accident huh 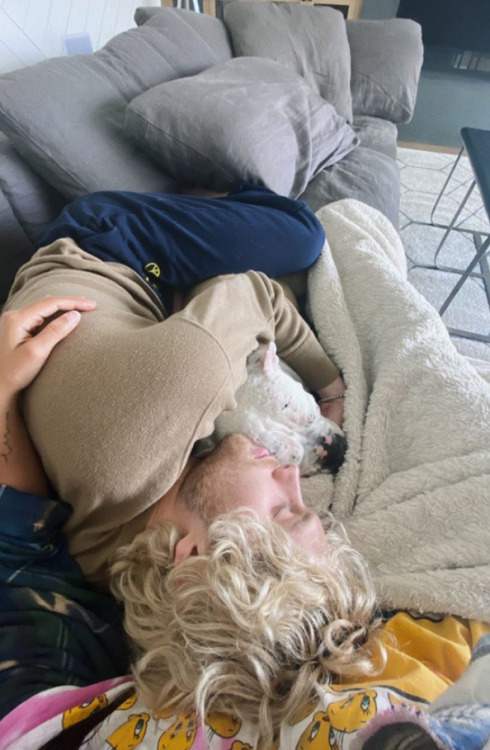 Was feeling the 2015 vibes today I guess… chucks, skinny jeans, and going all out for bands that I love.

She Looks So Perfect just started playing from my music library and I am BOPPING. Such a good song. I love 5sos.

Okay, this will probably piss some folks off, but hey, I’m the Petty Queen. I don’t care, lol. Still, read the whole thing before you come at me, at least.

So first, right off the bat: Ya’ll need to calm down.

No, I’m not being cute with a play on words. A huge chunk of the 5sos fandom needs to take a breath and sit for a moment before you start virtually storming Billboard with torches and pitchforks…oh, you already started, didn’t you? *Sigh*

Look, the truth is, I am extremely impressed with how well CALM charted. Think about it. We are in strange times, very strange times. Out of the “Big Three” (US, UK, AUS), they got number one in their home country and the UK. Stop acting like that doesn’t mean anything. They now have four straight number one albums in their HOME COUNTRY. Considering that they don’t even live there right now, that’s freaking awesome. They also got number one in the UK and, despite a huge hiccup, number two here in the US.

Instead of blowing up your brain cells in rage towards Billboard and (for reasons I don’t even know because what did he do to ya’ll) The Weeknd, sit in awe over the fact that as the US is going into pure meltdown on all fronts, a huge chunk of the country chose to listen to CALM. To me, anyone who is charting right now at all should be proud of the fact that people are listening to them in these uncertain and scary times. It’s an honor, actually. In one of the greatest moments of unrest and fear in recent world history, folks in these three countries are turning to and listening to 5sos in huge numbers.

Besides, number one is simply a number (especially here in the US). If you get too caught up in the numbers, you lose sight of the art itself. You lose sight of the fact that, for example, a ton of people in all three countries woke up today, looked at the charts, and went “Who the hell is 5 Seconds of Summer?” You know what probably happened next?

They Googled them. They looked up their music. They probably listened to some of it. A few of them went and did reactions to the album on YouTube. People who had never even looked at 5sos before became fans, or at least regular listeners. I’m proud of that.

Our boys did amazing.

wallpapers of my favorite CALM lyrics: No Shame || please reblog/like if saving/using!

from CALM by 5sos

I get how important charts are but they really shouldn’t matter if the boys love music as much as they say they do. take All Time Low for example, they just released an album today in the midst of this global pandemic and had this to say.

I admire them donating a portion of their sales to a charity, hopefully they can do more.