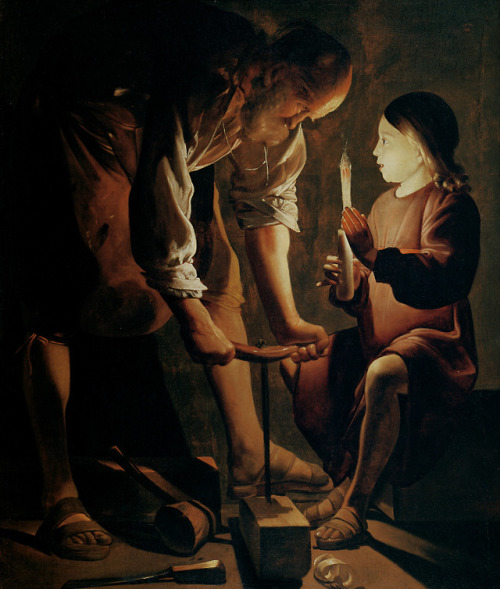 Maker of all things! God most high!

Great Ruler of the starry sky!

Who, robing day with beauteous light,

That sleep may wearied limbs restore,

And fit for toil and use once more;

May gently soothe the careworn breast,

And lull our anxious griefs to rest. 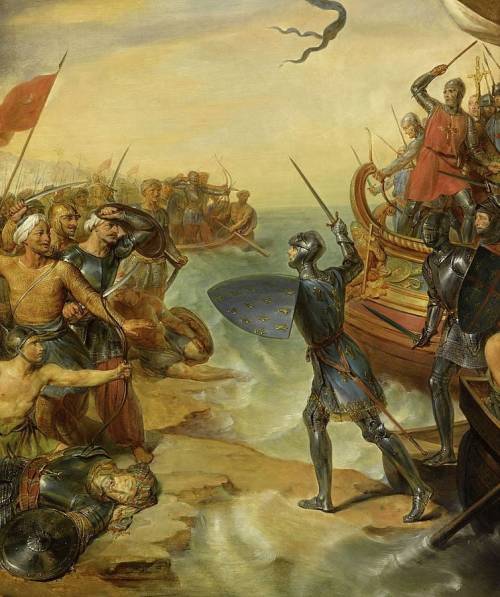 “But, you know, I feel more fellowship with the defeated than with saints. Heroism and sanctity don’t really appeal to me, I imagine. What interests me is being a man.” 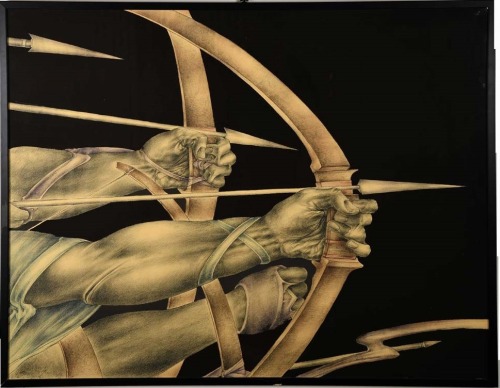 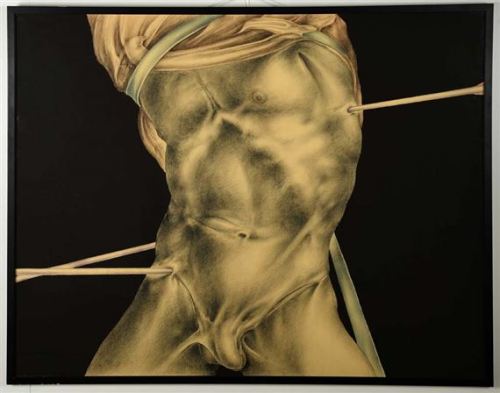 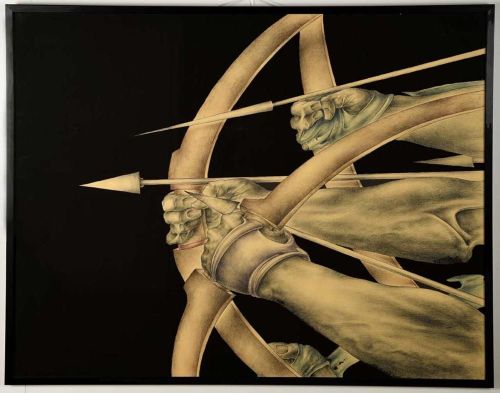 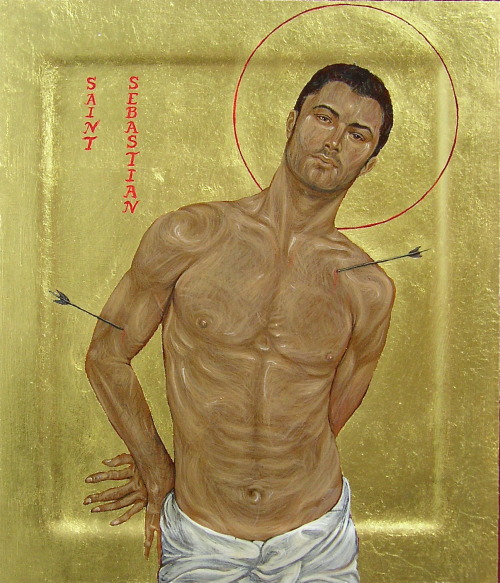 Man asserts that God is love, and then writes in a book, “the fear of God is the beginning of wisdom.” 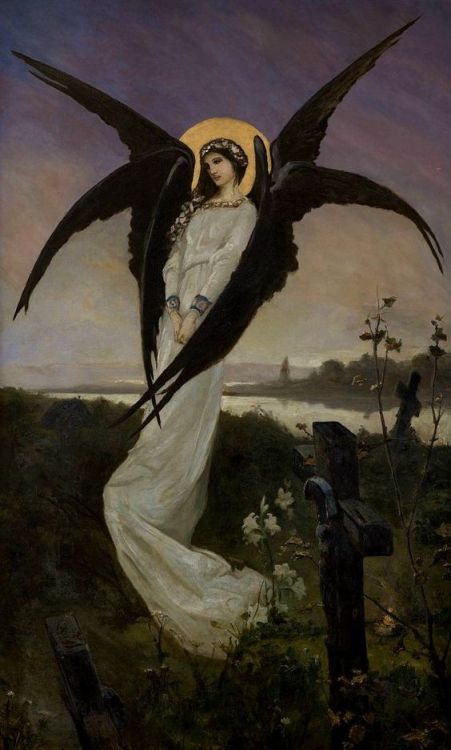 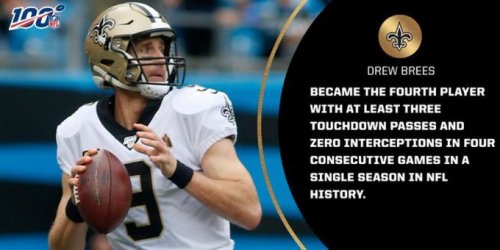 Counting out my sins just to cross them off

Saying that my tongue was too loud to trust

And that my blood couldn’t keep you”

Grandparent’s dog got bit by some ants, so here’s a list of saints you can pray to if you’ve got pets in need of prayer.

O glorious St. Joseph, to you God committed the care of His only begotten Son amid the many dangers of this world. + 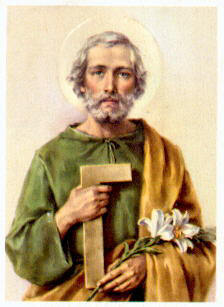 Saint Thomas Aquinas said baptism is the generation of spiritual life, confirmation is the growth of it and the Eucharist is food for the journey

“The glory of God is a human being fully alive”

As I was telling someone last night, if you are one who is interested in exploring true Catholic magic, I cannot overemphasize the usefulness of the Fourteen Holy Helpers. Venerated since the 14th century, these auxillary saints have been known to be particularly helpful in the prevention and recovery of a wide variety of ailments, making them invaluable to the magician as a source of healing. Further, any saint known to alleviate a symptom can be asked to inflict that same symptom, making them a curse-slinger’s best weapon. Queue shameless plug: For a truly robust spirit court, consider the Fourteen Holy Helpers, today.

St. Blaise: against illness of the throat, protection of dometic animals

St. Catherine: against sudden death, diseases of the tongue, patron of the dying

St. Cyriacus: against diseases of the eye, demonic possession, temptation 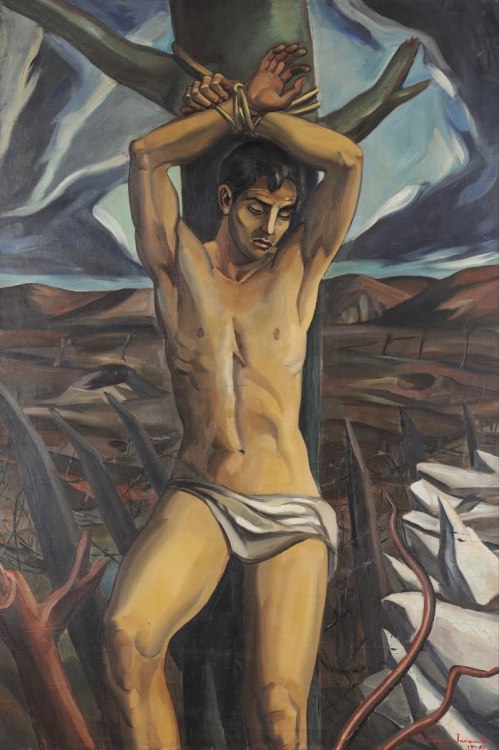 11 Therefore remember that at one time you Gentiles in the flesh, called the uncircumcision by what is called the circumcision, which is made in the flesh by hands— 12 remember that you were at that time separated from Christ, alienated from the commonwealth of Israel, and strangers to the covenants of promise, having no hope and without God in the world. 13 But now in Christ Jesus you who once were far off have been brought near in the blood of Christ. 14 For he is our peace, who has made us both one, and has broken down the dividing wall of hostility, 15 by abolishing in his flesh the law of commandments and ordinances, that he might create in himself one new man in place of the two, so making peace, 16 and might reconcile us both to God in one body through the cross, thereby bringing the hostility to an end. 17 And he came and preached peace to you who were far off and peace to those who were near; 18 for through him we both have access in one Spirit to the Father. 19 So then you are no longer strangers and sojourners, but you are fellow citizens with the saints and members of the household of God, 20 built upon the foundation of the apostles and prophets, Christ Jesus himself being the cornerstone, 21 in whom the whole structure is joined together and grows into a holy temple in the Lord; 22 in whom you also are built into it for a dwelling place of God in the Spirit.
— Ephesians 2:11-22 | Revised Standard Version (RSV)
Revised Standard Version of the Bible, copyright © 1946, 1952, and 1971 the Division of Christian Education of the National Council of the Churches of Christ in the United States of America. All rights reserved. 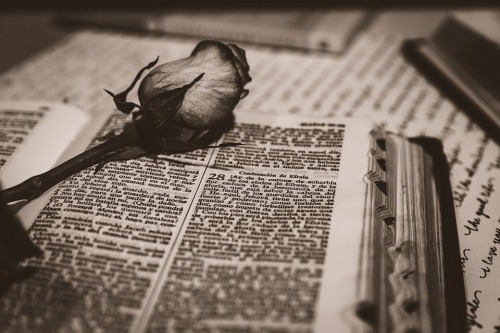 #citizenship, #saints, #household of God, #Jesus Christ, #corner stone, #God, #Holy Spirit, #The Epistle to the Ephesians, #Ephesians 2:11-22, #New Testament, #Revised Standard Version of the Bible, #RSV, #the National Council of the Churches of Christ in the United States of America
7 notes · See All
Next Page