“Even As The Monster Returns To Lifeless Clay” 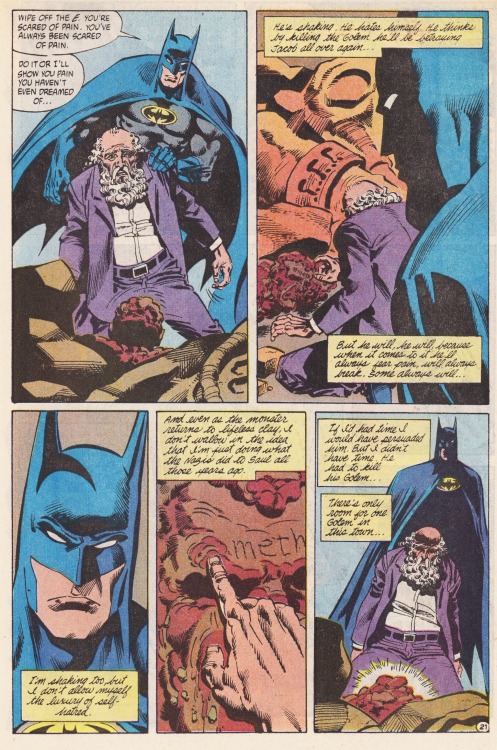 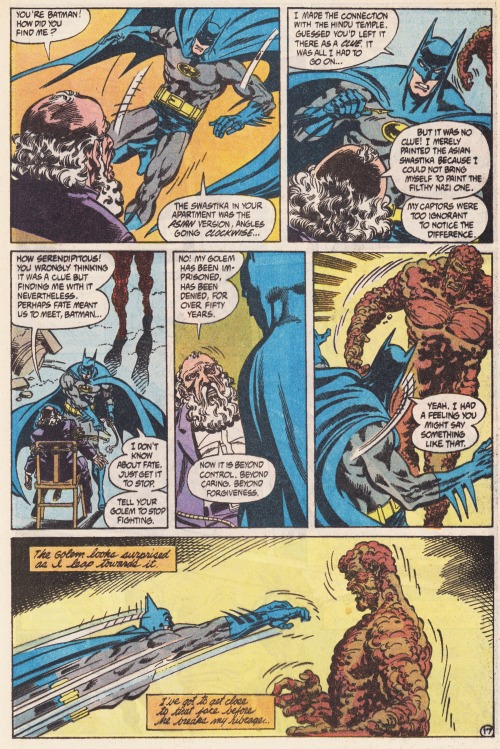 Following the Crisis On Infinite Earths, the remaining surviving members of the Justice Society along with Sandman’s partner Sandy and Hawkman’s wife Hawkgirl gather in the estate of Carter Hall in a funeral service for Helena Wayne and the Earth-Two Dick Grayson, whom they knew became the Huntress and the Earth-Two Robin. They also realize that, with the merging of the Earth universes to form one single universe with one Earth on which most of the surviving superheroes from those universes now coexist, their own team has become redundant and past their time. Earth-Two Hawkman calls for the Justice Society to be immediately disbanded when the Spectre appears unto them, crying out in pain before he collapses. Dr. Fate touches the Spectre and is immediately flooded with images of something that took place in 1945, something that is far different from what the rest of the Justice Society team that was active at the time remembers:

On the day of Franklin D. Roosevelt’s funeral, the Justice Society sees a rip in the sky, which they surmise is another reality trying to enter into theirs. The members with the power of flight attempt to fly into the rip to investigate, but they are soon repelled. The Spectre reveals that the point of origin of the “rip in the sky” is from Germany, which makes the team as well as President Harry S. Truman realize that Adolf Hitler has a powerful mystical weapon that he intends to use not only against the Allied troops, but also against the whole world. The Justice Society travels as far as they dare outside the limits of the Sphere of Influence, then bravely enter into that zone without Superman and all superheroes with magic-based powers, only to be picked off one by one by Nazi troops as they enter into the bunker where Adolf Hitler is using the Ancient Spear of Destiny. Though Hawkman survives long enough to confront Hitler, it is too late: fire pours into the room and devours its inhabitants, then it spreads throughout the whole Earth, devouring everything on it and the planet itself, until nothing remains.

After revealing this alternate history to the Justice Society members of the present time, Dr. Fate shows them that the “rip in the sky” is now over them at this point in time: what Hitler had done in 1945 with the Ancient Spear of Destiny is now coursing its way through time. Dr. Fate now transports the team back in time to 1945, to the point where they see that Hitler has started using the Spear to cause a worldwide catastrophe, and he reveals that Hitler has tapped into the power of the Spectre, while he was lying dormant following his confrontation with the Anti-Monitor, to make the catastrophe happen. Dr. Fate takes the heroes to the world of Asgard, the home of the Nordic gods, also revealing that Hitler has linked the fate of their Ragnarok, the “twilight of the gods”, to that of the universe.

Knowing that the only way to keep Hitler’s linkage of the Ragnarok to the universe’s destruction from taking place is to change the course of the Ragnarok’s outcome, Dr. Fate merges the members of the Justice Society along with Sandy and Hawkgirl with the Nordic gods who are out to battle the demons come to destroy them. Team members Flash, Johnny Thunder, Green Lantern, Starman, Hawkman, Hawkgirl, and Wildcat perish in the battle, but as the Justice Society prevails until there is only Surtur the fiery demon left to battle, the perished team members are brought back to life and they all join together for the defeat of Surtur – everyone except for Power Girl and the Star-Spangled Kid, who have been purposely withdrawn by Dr. Fate from this confrontation. As the Justice Society defeats Surtur, Power Girl and Star-Spangled Kid see that the whole battle is starting all over. Dr. Fate reveals that the battle must be repeated over and over in order to protect the universe from the intended fate of the Ragnarok. He transports them out of Asgard and back to the Hall Estate in the present time, then is soon transported there by the Spectre who now joins with his Master. Dr. Fate now informs the members of Infinity, Inc. what has transpired.

As the course of the Ragnarok is changed, Hitler sees that his plans to destroy the world have been defeated. He eventually marries his mistress Eva Braun and they retreat into their underground suite, where they both poison themselves and commit suicide.

The Infinitors learn from Dr. Fate of the Justice Society’s removal from the mortal plane, and must deal with their grief and inform the JSA’s friends and family of their departure.

Was this really necessary? Well, yes and no. I don’t think it made sense to get rid of the JSA (as they would be back in a few years), but I can understand why they would think it was necessary, as they wanted to make the universe more friendly for new readers. It didn’t help that these characters kept showing up in Secret Origins.

Also putting Hawkman and Hawkwoman there is a time bomb, as no one knew at the time what to do with the properties.

As a story is not bad. Although it seems to me like both Spectre and Fate knew beforehand that they were going to be trapped in a loop. They should have just said that and leave. Especially because deaths mean nothing in this story.

The Infinity Inc issue is perhaps more emotional, with all the reactions for the JSA’s “death”. Perhaps a bit too emotional as the characters are not actually dead. But, well, for a few years they will be remembered as completely gone.

The art is better than usual, even for McFarlane who seems to be getting to the levels we know him now.

I give this story a score of 8 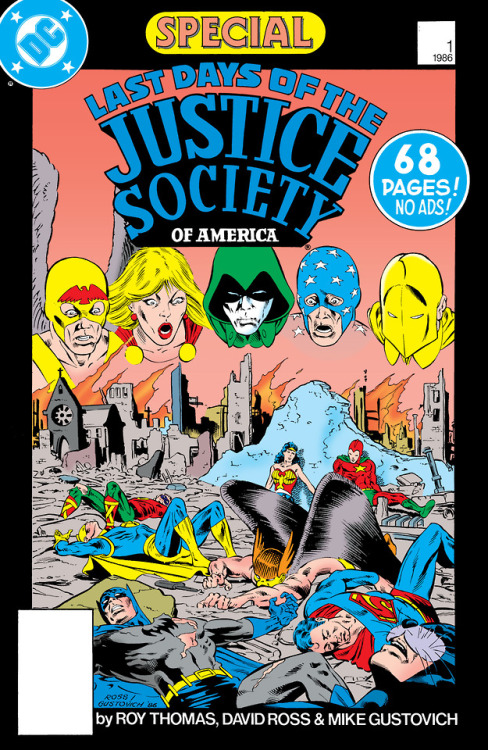 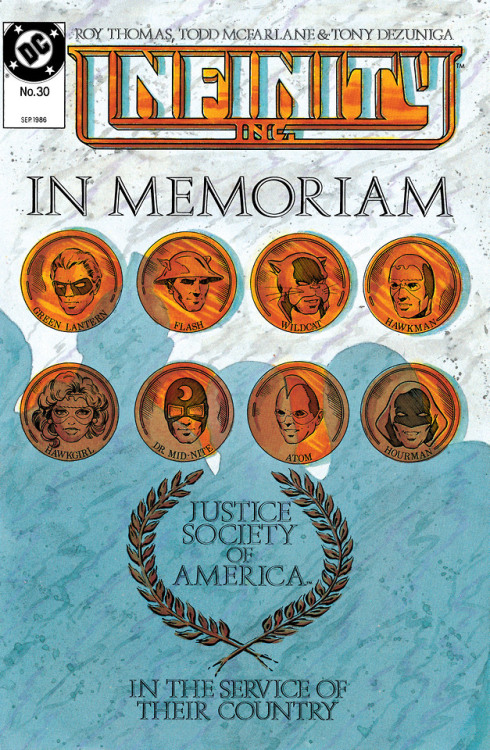 “A handful of modern gods against a devil no hell would dare spawn.” So cool. 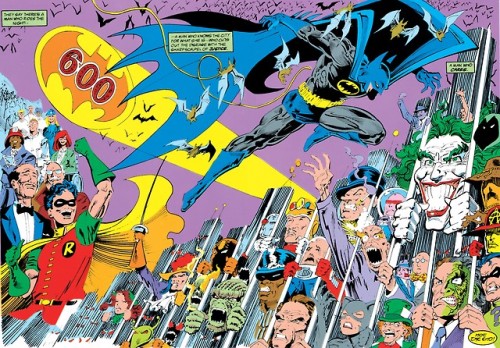 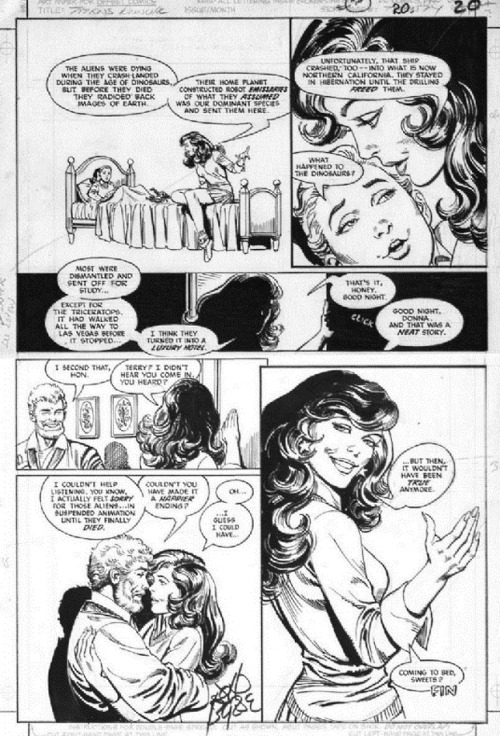 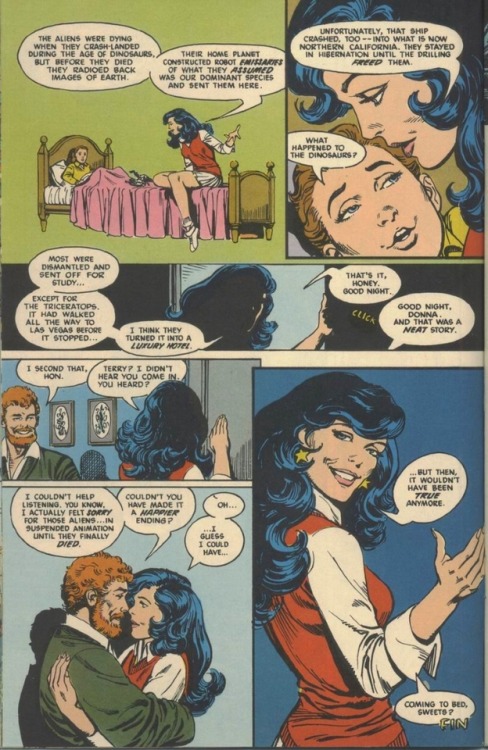 Femme Magnifique is a recent  successful Kickstarter campaign that raised $97,447 to publish an anthology of comics about inspirational women from history and the contemporary world. The Kickstarter was run by Kristy Miller, the VP of Development at Hi-Fi Colour Design; Brian Miller, a comic book colorist and the founder of Hi-Fi Colour Design; and Shelly Bond, the former executive editor at… 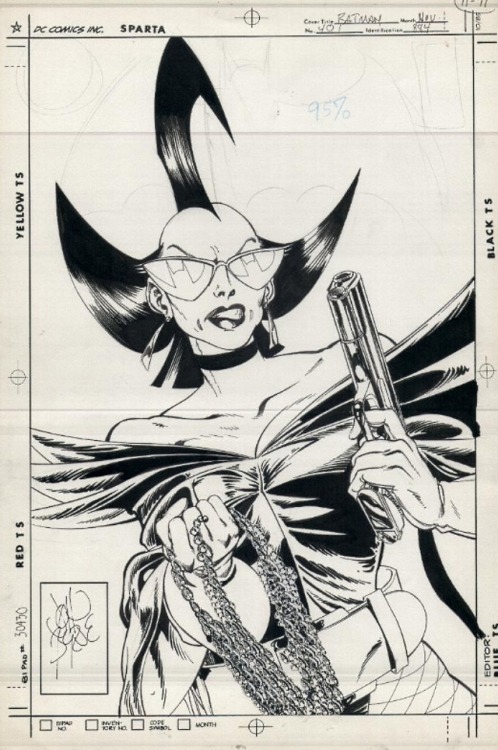 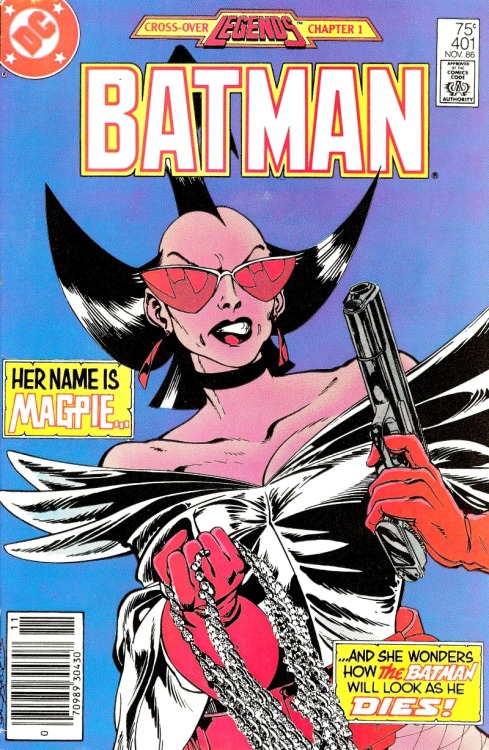 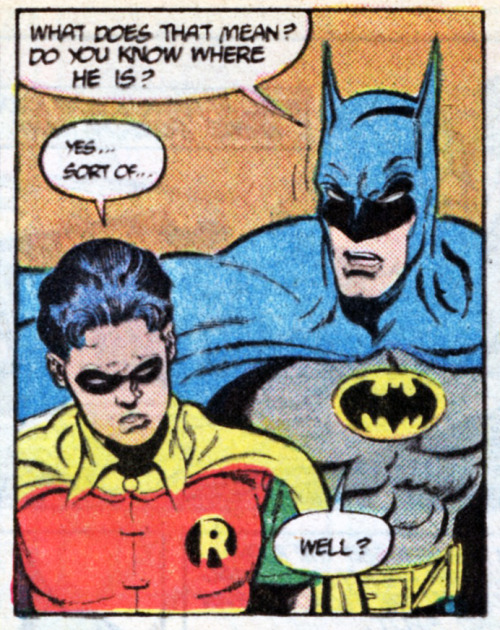 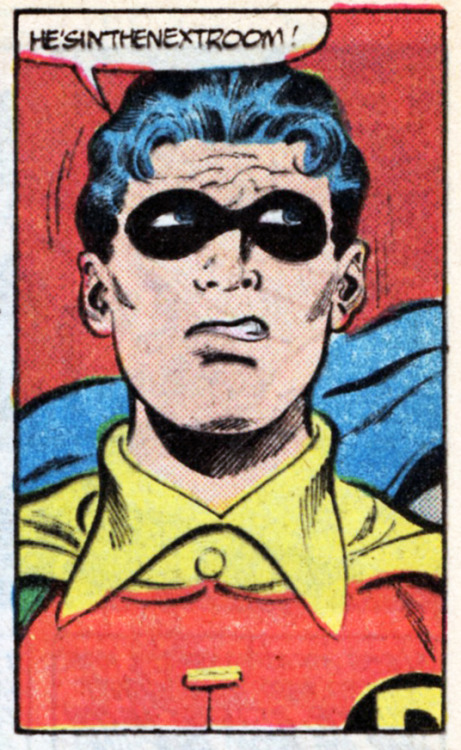 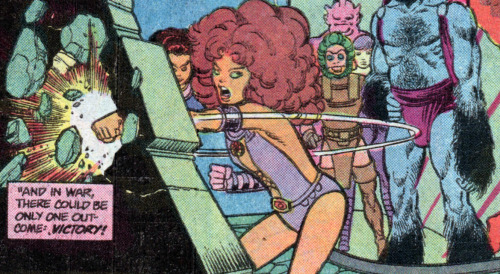 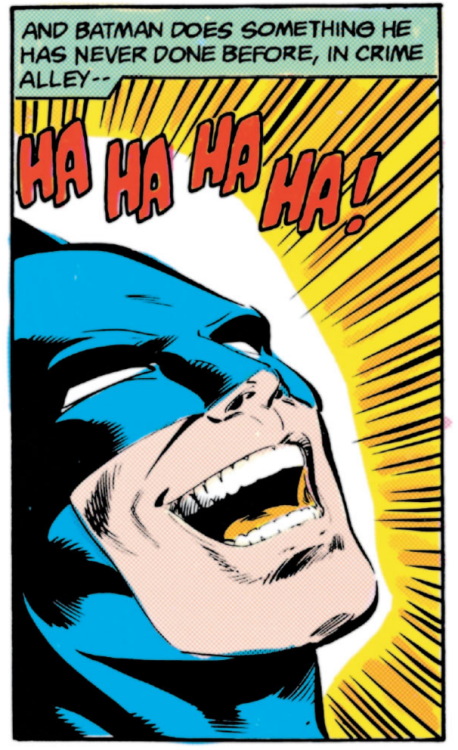