It’s been a second since I did BTHB, but here we are! (This isn’t a continuation of anything)

Prompt: On The Run

“Do you know,” The fae’s voice bounced off every tree, echoing, passing through the escapee’s ears more times than necessary. “How madly irritating, and yet fascinating, it is to see you run?” He paused and Dehnere imagined he was smiling, smiling in a relaxed position, probably watching through her eyes as she ran, tracking her, and sending word to the shepherds as he did so. She kept running. “It’s cute for now, that you think you’ll be successful, but if you keep at it, I won’t find it as such. You should stop now before you regret it ”

A tree root ripped from beneath the ground, landing several feet ahead of Deh. She stopped, panting. It was obvious what it meant. If she turned away now, turned back to her captor’s home, she would be spared several nights without food, and the food he offered was so great. But if she crossed the line the root created- well, she didn’t know. The fae man never harmed her when he perhaps could have. Still, she’d never done something so serious as trying to run away.

Dehnere swiveled on a heel, swearing his voice was just behind her, but there was no one there. “Your kind is easy to taunt,” he jested behind her again. Breathing heavily, she turned for a second time. Nothing.

“What do you want?” she demanded of the woods. Surely he was listening and not just watching. “Why won’t you let me leave?” Deh wished for nothing more than for her voice to stop wavering. If she only sounded a little stronger, maybe he would let her go.

“I want you to return to the manor. Your dinner grows cold.”

The human shook her head wildly. “I want to go home.”

There was a chuckle that flittered between the trees, racing passed her and beyond the root line. “You had no home before me. And anyways, I didn’t ask what you wanted,” he remarked, “but you asked me.”

A panicked breath raked through Dehnere. Something touched and now held her shoulder. Her hands twitched at her sides.

“Humans are rare, you know?” A squeak escaped Deh at hearing the fae’s voice. This time there was no doubt he was really behind her. “And not only this, but they are defenseless.”

“Why are you telling me this?” Her voice was a scared whisper. She kept her eyes screwed shut, hoping if she squeezed them tight enough then when she opened them again, she’d wake up on the street of her old village.

“Why?” The fae laughed, sliding his hand from the human girl’s shoulder to her arm, and eventually down to her hand. “Have you forgotten your very own question?” Dehnere said nothing. Instead, the fae man could tell she was relaxing her breathing. “‘Why won’t you let me leave?’” he repeated to her. “Because if I would have left you, another fae would have found you.” His thumb stroked an arch against the backside of her hand. “And they wouldn’t have been so kind.”

Deh snapped. “You haven’t been kind.” She snatched her hand away, and though it still shook, she was proud of her spark of defiance.

She hated that he laughed again, like she was a game, or a toy to play with until it was broken. “You don’t listen well, do you?”

Dehnere’s only response was to swallow, hands forming fists at her sides.

“I perhaps haven’t been as kind as you would like, but I think I have been kind enough in providing you food, shelter, life.” His blacks eyes had a sudden spark of white. It was terrifying to say the least, but they captured Deh’s attention like nothing else the fae had done. “I could have left you in that ruined town. Could have let you starve yourself, or let you be enslaved by another crueler fae. You are lucky,” he sneered at her. “You are lucky to be so fortunate as to be found by me.”

Silence followed for moments to come. Finally, though, the fae spoke. “Go ahead and run,” The root ever so slowly sunk itself back into the ground, the dirt patching over it. “But don’t expect me to save you again. I won’t.”

Can’t believe I only have three more! Requests are accepted!

So happy about this lovely first review of my novel ‘Spiral Mind’, especially coming from fellow author Adam Bushnell! His writing really inspires me, so I couldn’t be more proud at such a compliment. Thank you, Adam!

The man sits inside his bottle and with a drunkards sneer raps his little knuckles against the glass. Like a mosquito’s bump in the night when it collides against the window the irritating sound fills my room. My fingers trace the words and symbols in my books in my current state they are meaningless scribbles to my heavy eyelids.

I grasp a page and resist an urge to tear it out and toss it to the fireplace. The little man thumps his fist and when the frustration breaks I clench the page and glance at him. Satisfied he has caught my attention he rises and launches an assault on his prison. Fist, boot and elbow, anything he has he strikes out with but the glass does not relent. What I imagine to him must be a horrific screech within his confines translates to little but an annoying buzzing to my ears. Still the little mans gapes opens and his features contort until he has turned pink all over. While the outburst lasts I lean back into my armchair and pull out a cigarette. By the time I have lit it the man has collapsed on his back and lies there immobile.

“Well that’s no fun my little friend,” I say and with a lazy flick of my arm feed the bottle into the fireplace

I’ll be trying to post more warm-ups with little notes like this below and updates as I get back into the swing of actively writing.

Against hope, it’s quick but it’s not easy

A big, grey fin stuck out the top of the cake. Someone had helpfully written the word ‘shark’ on the side of the fin in marker pen.

No-one really knew what to say.

“It’s a surprise,” said someone else.

And no-one wanted to be the one to take the first slice.

Hi friends! I announced this yesterday, but this Friday (Oct 30th) at 3PM EST I’ll be hosting a live write-in on my YouTube channel to celebrate 2000 subscribers! If you’d like to join, the link is HERE (you can set a reminder)! 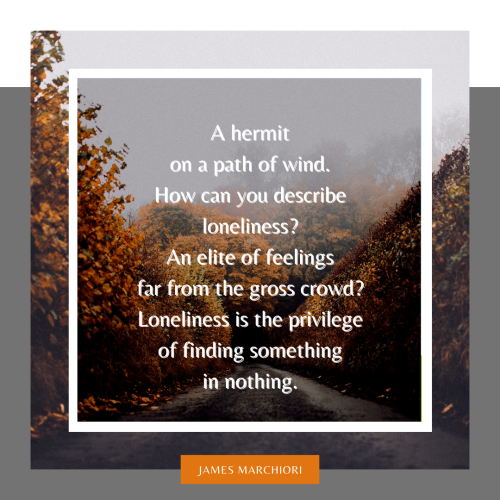 New video! We did our 12k subscribers Q&A special and mostly hit on writing/platform questions, so check it out! 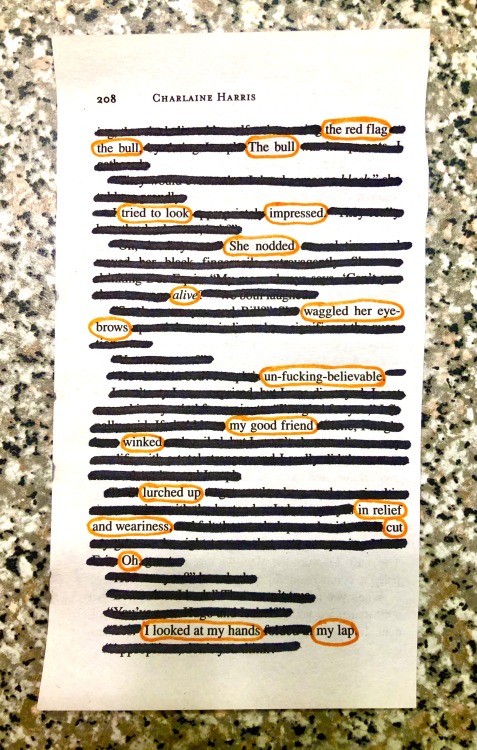 “Ugh, I’m so glad today’s over,” Achim huffed, wiping again at his face. The rain hadn’t stopped, making their march miserable. Becker did what he could, holding the shield above them as they shuffled into camp. Neither of them had the energy to move any faster.

“Think of it this way, we never have to do today over again.” At least, he hoped. They had taken back the village from the Rus, and wouldn’t know until morning if there would be retribution.

“My eyeliner is everywhere.” Achim whined.

“Well, at least it helps you look dangerous.” Becker chuckled, stopping to let him in the tent first. He’d have to check with the scouts to make sure the night watch was organized before turning in, but more than anything he wanted dry clothes.

Achim screamed something in his Salvic tongue.

Shoving the tent flap aside, Becker stepped in, hand at his sword. “Something’s in here.” Achim scrambled back, almost tripped in trying to get behind Becker.

And even as the world surged in, crashing against what flimsy barriers she’d been able to erect, the sun took a moment to peek out from behind the clouds and for a second or so everything didn’t seem all that bad.

She paused, took a breath, looked around, and smiled.

Not that bad at all.

Tomorrow is out of reach.

Today is the only day that matters.

Make the most of it!

One of the biggest lessons I had to pick up during this dreadful year is that you have to live in the present. I spent a long time this year feeling guilty about all the missed opportunities, all the things I was looking forward too, while at the same time stressed out about the uncertainty of our future.

If you do, you end up wasting days feeling bad about things you can’t change, which leads to even more guilt. You can’t fix the past, but you can make the most out of the present. Do what you can (no matter how little it may seem) and give yourself a little room to rest and recuperate.

In this whirlpool we live in, you have to take things one day at a time. ✌️💜 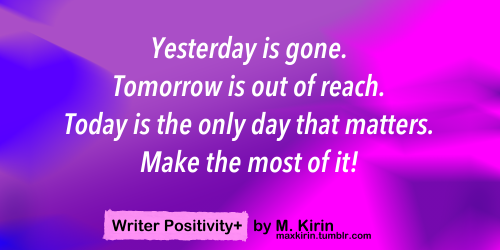 Beta Reader Feedback on To Wear A Crown

Lad Markham Aesher is attacked in the capital city’s slums weeks before the start of the 16th Election of the People’s Monarchy of Aldahad. Thus, Staella Thenos ‒ an ex-cage fighting champion hiding from the law, is employed as his protector.

She arrives to find a city on the precipice of chaos. Markham’s fellow Representatives are disappearing. A Rebellion is brewing in Yaekós’ underbelly. And a dark presence haunts the Aesher manor at nightfall.

As Staella uncovers Markham’s secrets, she is sucked into a world more dangerous than she could ever have imagined.

Without You I’d Eat It All Probably Though 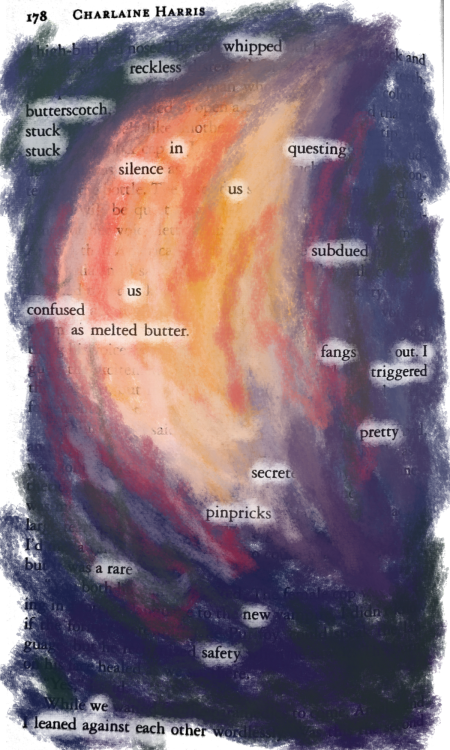 Um… I have a headache. No thoughts here. Sorry.

Music: none… I was conversing during the folding and the cooking

Goals for Today:  none

Progress: I wrote for a bit… maybe 10 minutes, i didn’t feel emotionally well today and spent most of it in bed… I did get to play Among Us with friends. I have a headache now…