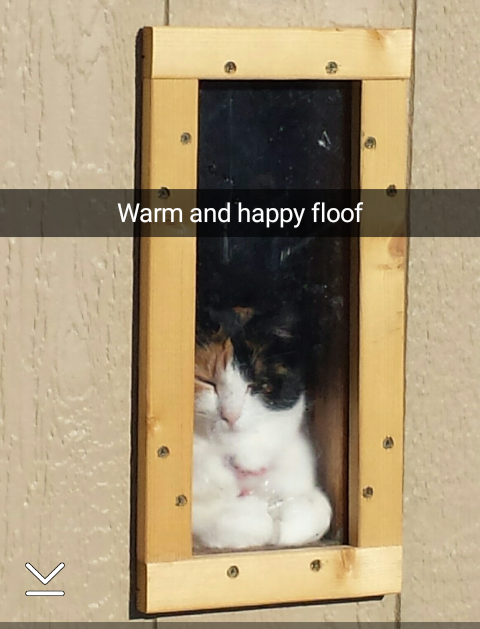 Haha. Welcome to our little corner of Tumblr, Ender! c:

Glad to see you around!

“I could see what Treestar will do about you three… but I doubt you will be apart of MeadowClan.”

I finally also redesigned Treestar from his original design, giving him the more sweet, fluffy look! 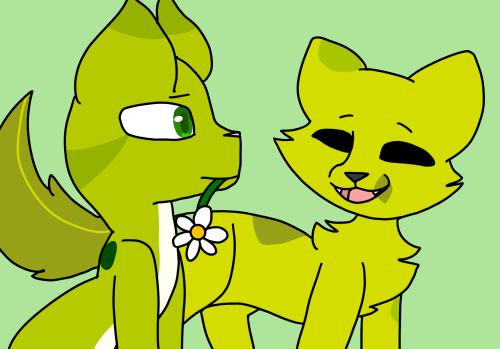 Lemme slap this in here and the concept for the corrupted, normal and enlighted forms of the legendaries are that in the AU, they are siblings! Here are Wind Archer, Night Raven and Guardian of Millennial Tree (Lets just call him Guardian for short-) which I would be going from oldest to youngest:

Ravenwing: Grumpy and cold, showing no nice side of himself, he is not a cat you would want to be around. He is one of the best and trusted warriors in MidnightClan who speaks his mind! Other cats wished he was deputy instead of Lobsterclaw

Windfoot: He is the deputy of MeadowClan! While often serious and taking his job seriously so he could prove himself that he is the right choice in being the next leader, he does have a soft spot for his mate Fireblaze and his father Treestar

Leafheart: This shy tom is the youngest of the brothers, often wanting to be more like them and following in their pawprints! Unlike his older brothers, he is less uptight and more open about certain things while despite his shyness, he is the cat you can talk your problems too then gives you suggestions! He is very close friends with Herbtail, who he may have a crush on!

i already have established hcs that kanto is so wildly embarrassed of how deeply they allowed sakaki as giovanni to infiltrate the league, which is why he’s able to p much get away (as they struggle to save face), but imagine how much Worse it would be if he made it as an elite four

#kanto would just Implode#the tl;dr is that they agreed to let archer take the fall for rocket#so the public never realizes that sakaki/giovanni was its leader#as sakaki was posing as giovanni belmonte and as the final gym leader he was a very significant public figure#which is why they even allow him to go to the unova tournament as a representative#green couldve but ofc he is going as a champ and kanto doesnt want to explain why they can't have giovanni#take back up his old role for this tourney#so woo for free rides bcuz u p much strong armed an entire region into not wanting to sacrifice the trust of its ppl/public image!!#》♛  ❛ the cat lady in training┊  OUT OF CHARACTER
5 notes
break-six
Text

HOLD THE PHONE SHE CALLED YOU WHAAAAAT AAAHHHHHH THATS SO CUTE

#no i’m not ready to hand u off yet T_T#archer? 👀#much love my lovely cat quirk anon#kate receives
0 notes
booknerd-23
Text

When you are creating characters and you accidentally make an awesome pun!! BEST FEELING!!

#cat talks#the princesses ‘love interest’ is aroace (like the princess (that’s why i used love in quotation marks))#and she is a plant mage (for no particular reasons i just felt like it fit her) and because when she learnt to control her plant power#she had to spend hours meditating and connecting with the earth and focusing on like a single blade of grass#and so that made her insanely good at like calming herself down and focusing in on herself and her surroundings#which allows her to use her powers realy well but is also an excellent skill to becoming an archer#and so she is an archer too#and just..... she’s aro.... and an archer..... and like arrow sounds like aro... and just it is AMAZING!!!!!!!#best incidental pun!!#also they are a demigirl (she/they pronouns)#they were meant to be the knight but their personality just doesn’t fit it so yeah their an archer and a plant mage!!!#also an amazing character!!
2 notes
pyro-fishy
Text

I always tend to draw my guy ocs way more noodly and feminine than they actually are because I’m both too lazy to learn anatomy and very gay.

So I tried to make an effort to draw Leon like he’s actually supposed to look for once. Ruffled little feral cat man

//How often do you think there’s a culture clash in Chaldea? Like would there be servants who complain over movie night choice. Where they have to decide what audio language and who gets the subtitles so they could understand. though speaking of movie night…who would the ONE person that does POPCORN SODA?!